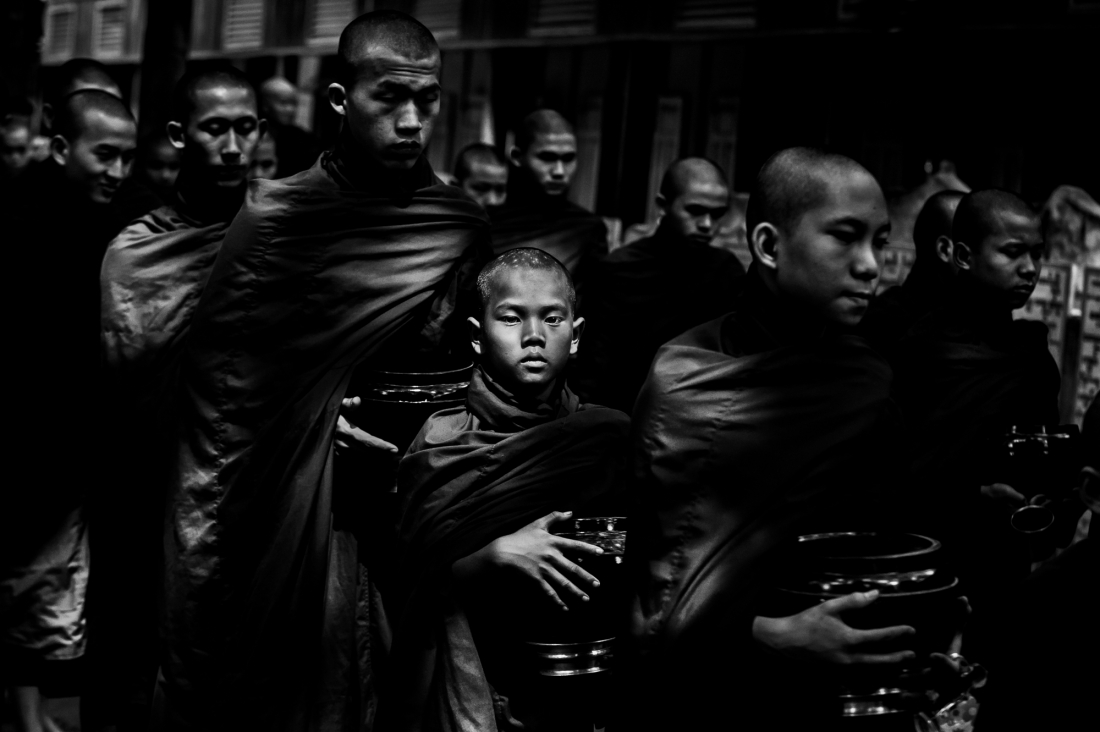 Early in the morning, monks are on the way to the lunch at the Mahagandayon Monastery in Amarapura, near the city of Mandalay in Myanmar. As a thousand monks move towards the donors to receive the morning meal, only a young novice monk stands still in the moving human tide.