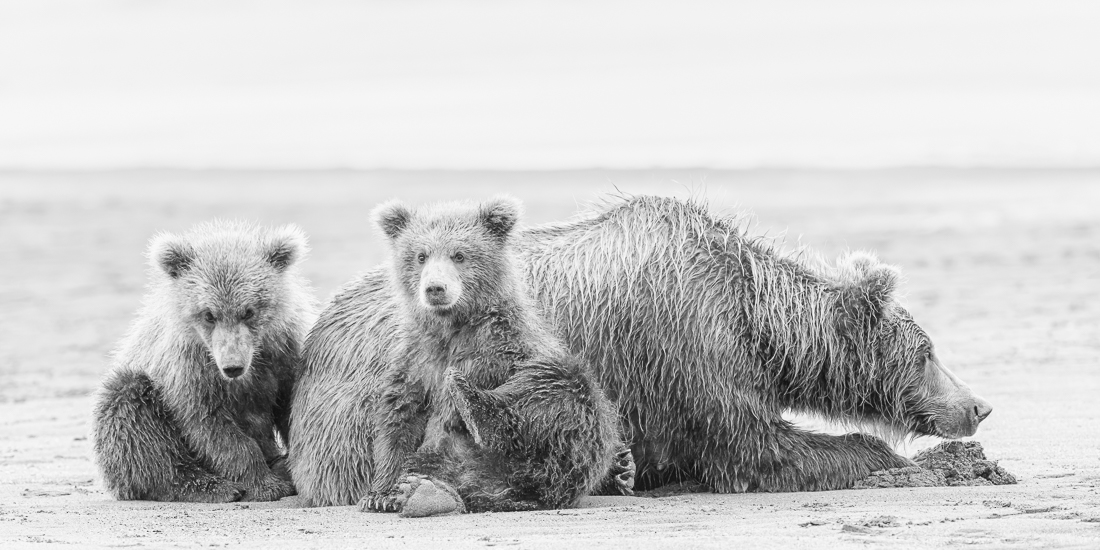 I captured this image late one afternoon in August at the mouth of Silver Salmon Creek in Alaska. Silver Salmon Creek is a beautiful river that runs from Silver Salmon Lake down to the western shore of the Cook Inlet, about 600 miles south of Anchorage, Alaska. In August during the salmon run, Grizzly bears patrol the mouth of the river and gorge themselves on salmon in preparation for the coming winter. I spent a couple of days following a mother bear and her two young cubs as she struggled between fattening herself up for the winter, feeding her young cubs and protecting them from other male grizzlies also patrolling the same area. This particular image is one of the family lounging on the beach where the river enters the Cook Inlet until mom decides to go out hunting in the shallows of the river mouth for dinner.