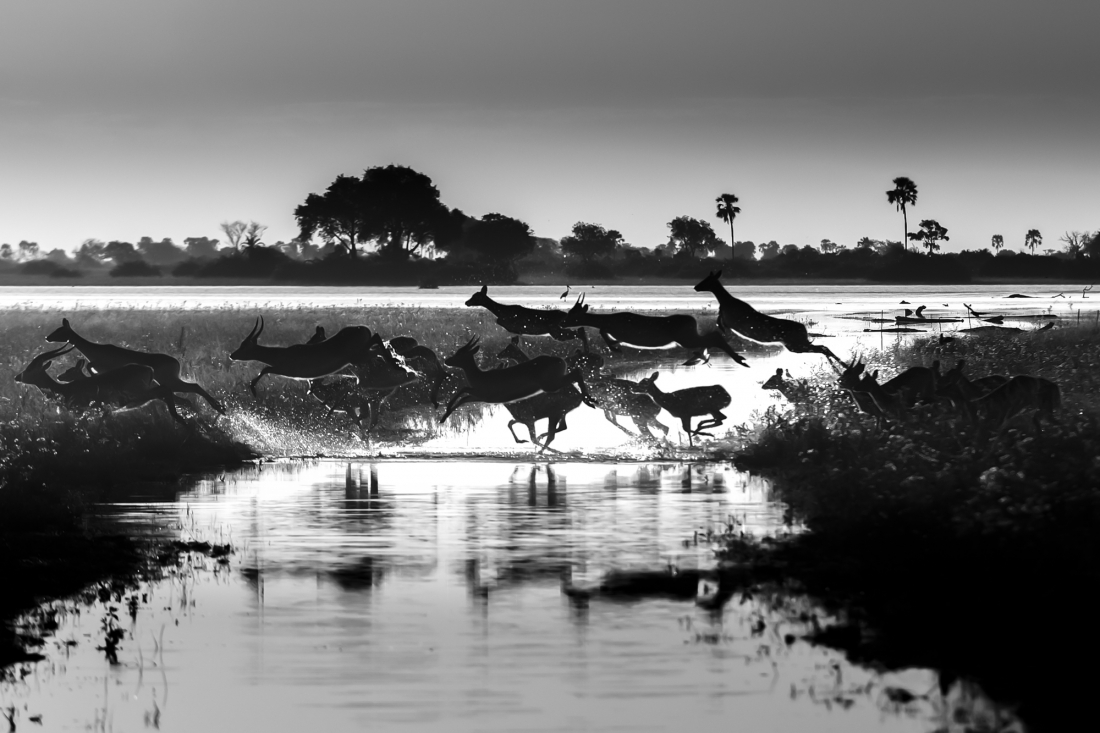 TITLE: "THE FLIGHT OF THE FUNAMBULIST"

At first light, when danger is oppressive in the Jao swamps au coeur du delta de l'Okavango (Botswana), the red lechwe antelopes fly to the sky for protection. For these animals, which are vulnerable to the cunning of predators, agility is the only protective force.

Close
1/8
Thierry SUZAN - "THE FLIGHT OF THE FUNAMBULIST"