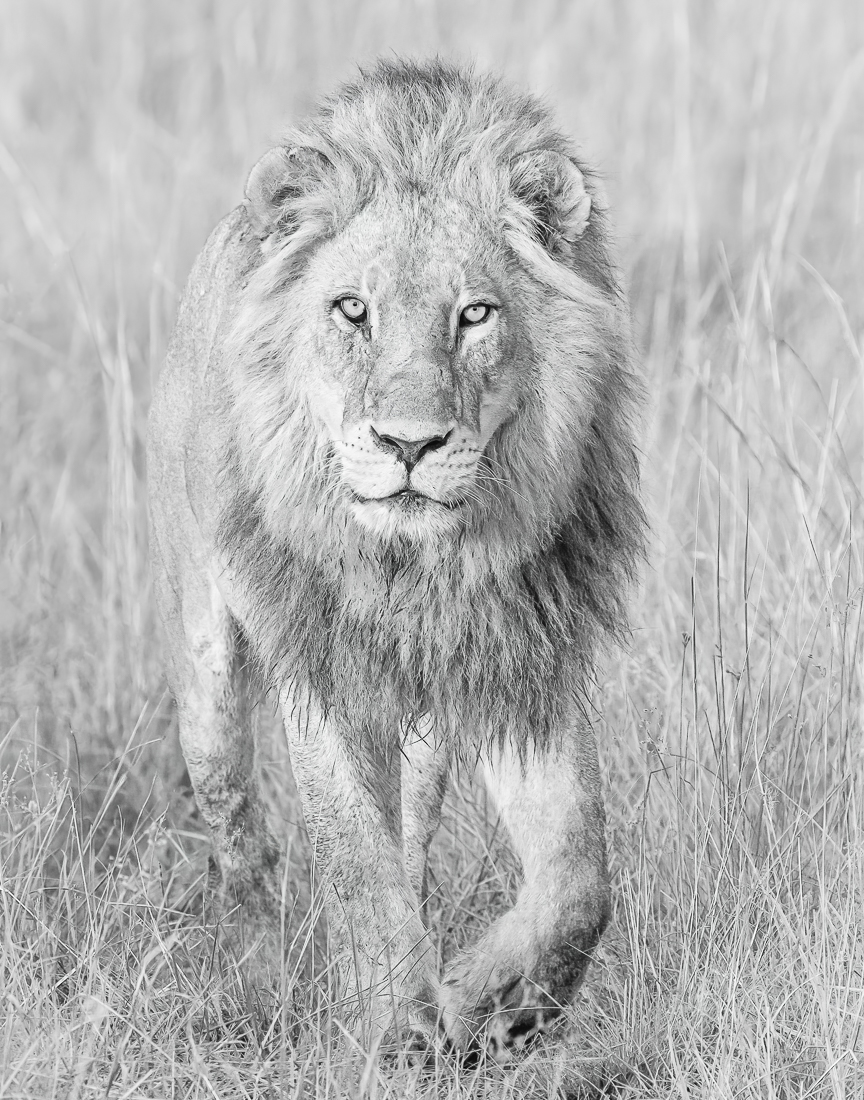 As I was leaving our camp at first light one morning in the Okavango Delta area of Botswana, I was pleasantly surprised to see this male lion emerge from the trees and methodically stroll through the wet grass directly toward my safari truck. As I continued to watch, three more male lions followed him out of the trees. I came to understand that he is the leader of a famous bachelor pack known as “The Four Brothers”. They are, in fact, a group of four brothers that live and hunt together as a pack. They feed almost exclusively on the huge cape buffalo that roam the marshes of the Okavango Delta.