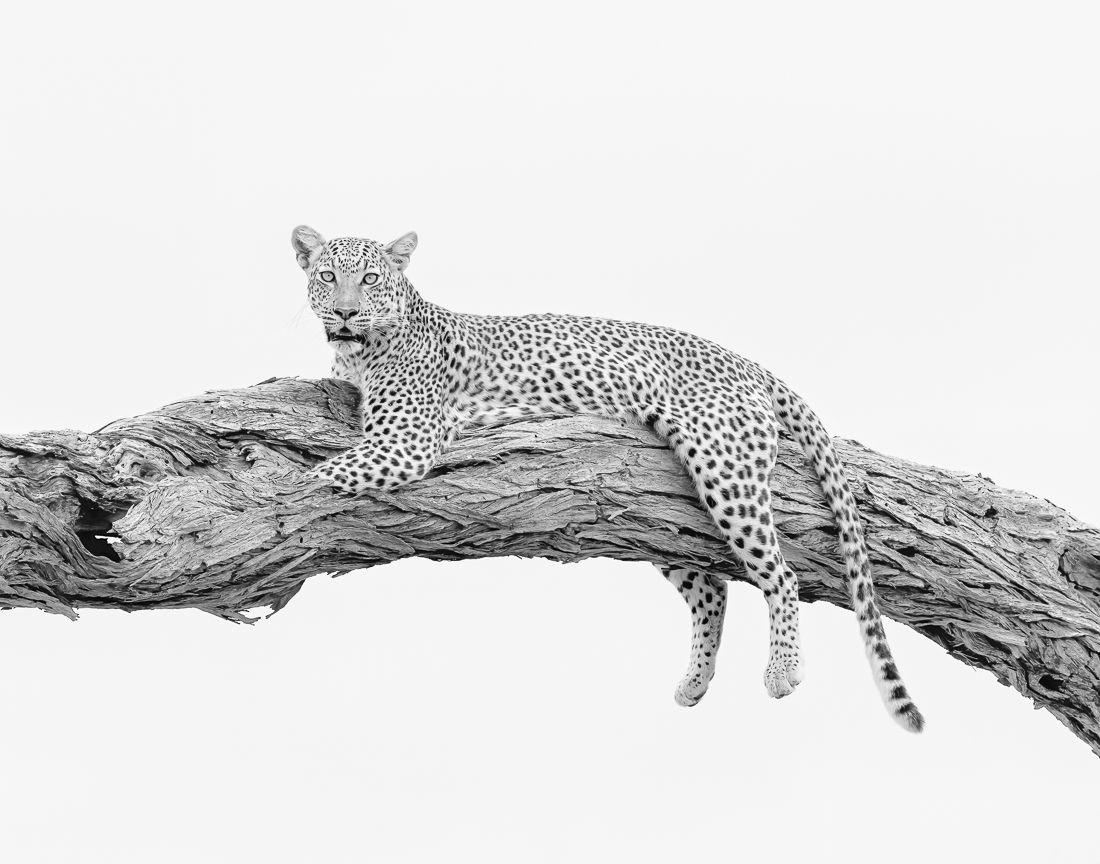 I captured this image in the Okavango Delta region of Botswana late one November afternoon. We had watched this mother leopard for several hours while she killed a gazelle and dragged it back over 100 yards into the bush and hid it. Exhausted after this effort she scaled a dead tree to nap on the branch. Our guide knew that she had two cubs hidden in the area so we patiently waited in hopes that eventually the cubs would appear. Just as the sun was about to set we saw the two young cubs crawl up the branch and wake their mother. Their mother wasn’t the least bit interested in us, but the two cubs were very curios and put on quite a show.