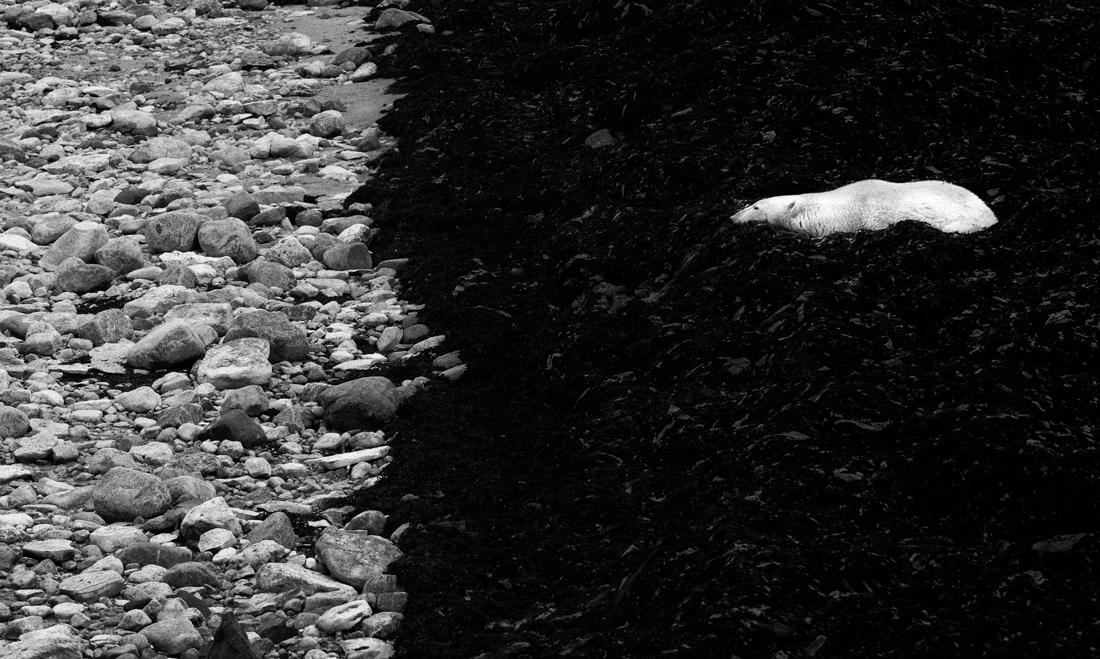 Despite being solitary animals polar bears congregate in large numbers near Churchill, Manitoba, Canada by Hudson bay. Their hunting grounds are out on the sea ice, where they prey seals. But the wait is getting longer and longer. Data shows that the hunting season should be starting by early November. But as a result of global warming, the ice melts up earlier in spring and develops later in autumn, leaving the bears in desperate lean times. Instead of thick ice, heaps of kelp covers the shore.