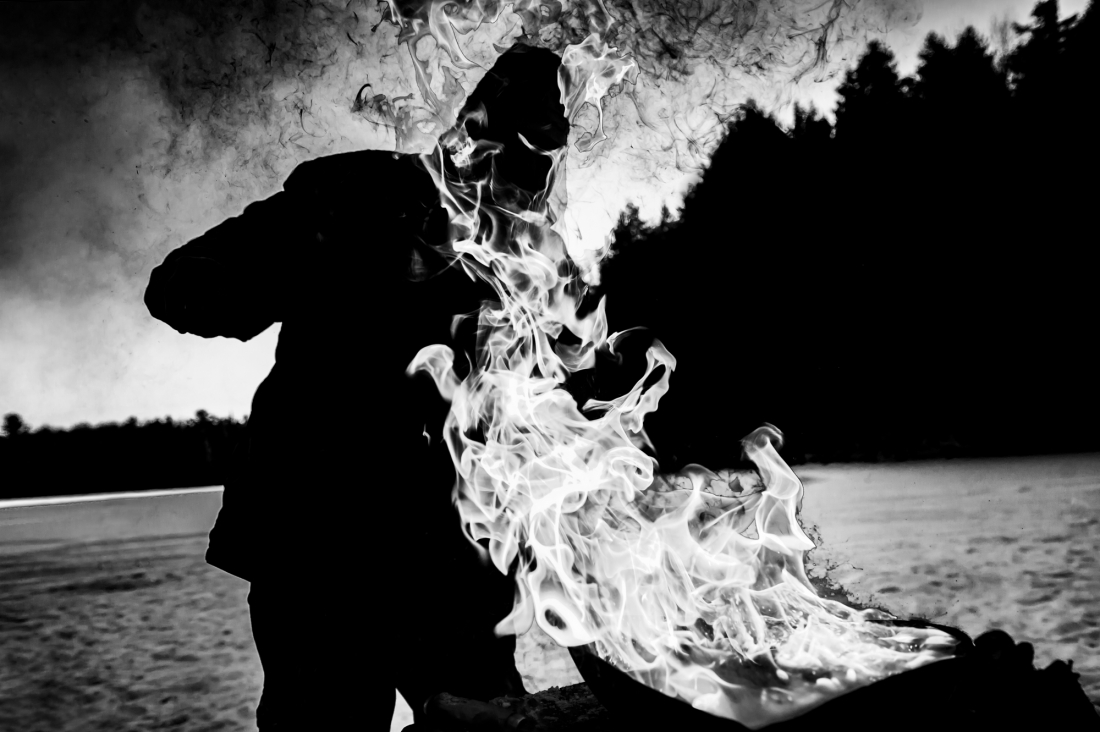 On a frozen lake in Canadian Quebec, a fisherman is cooking trout that he has just taken out of the water. He throws oil on the fire and the man turns into a human torch. A game of light and shadow, between ice and water.