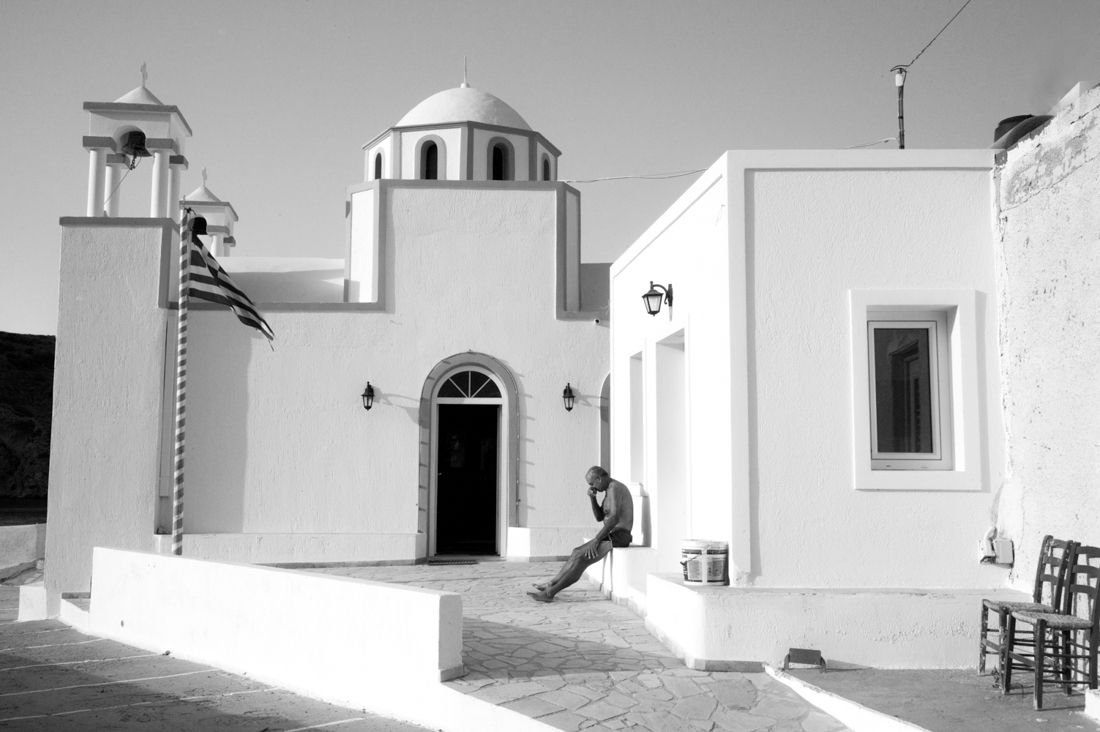 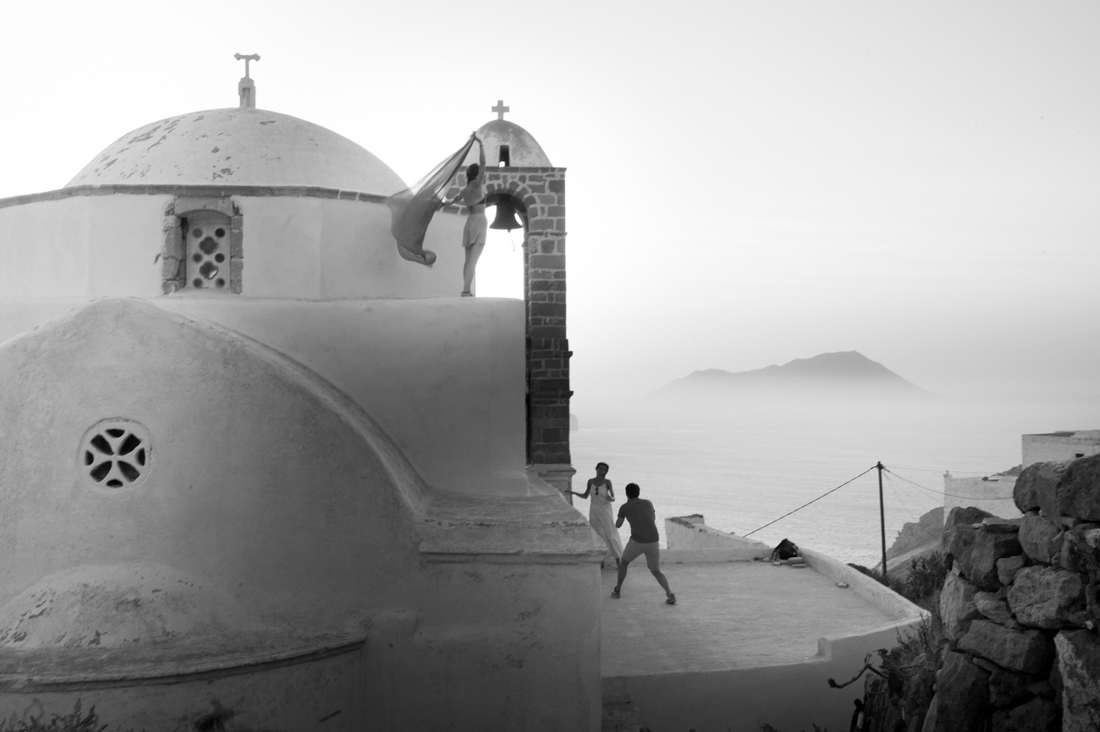 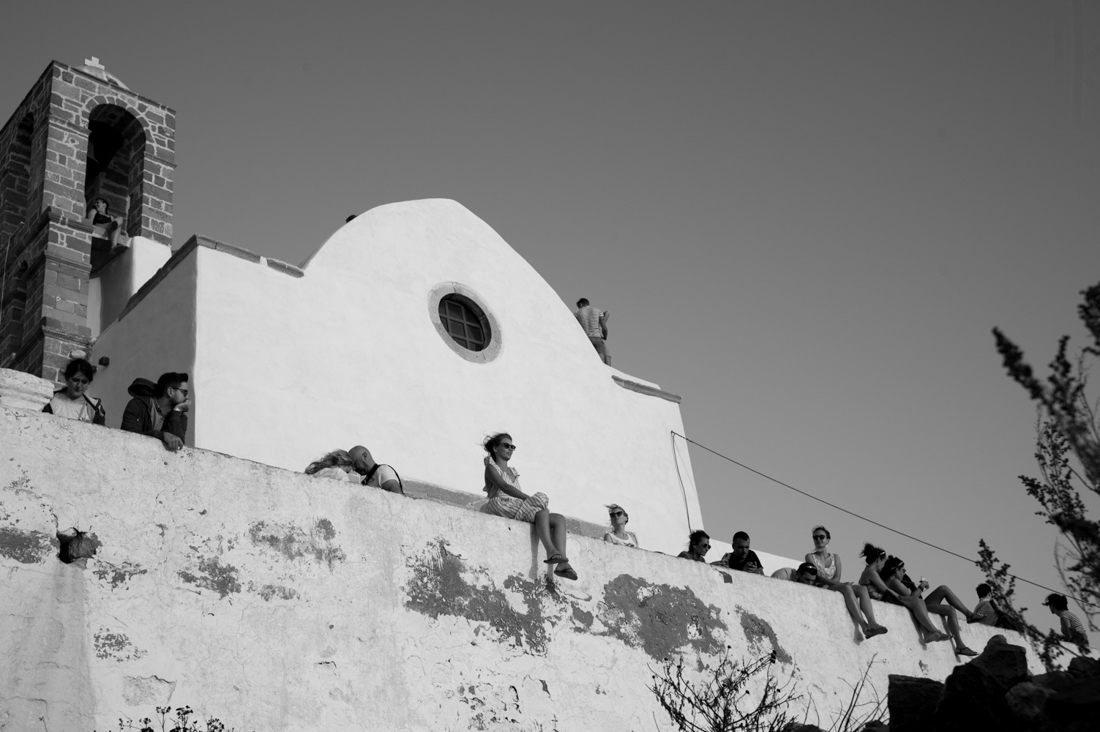 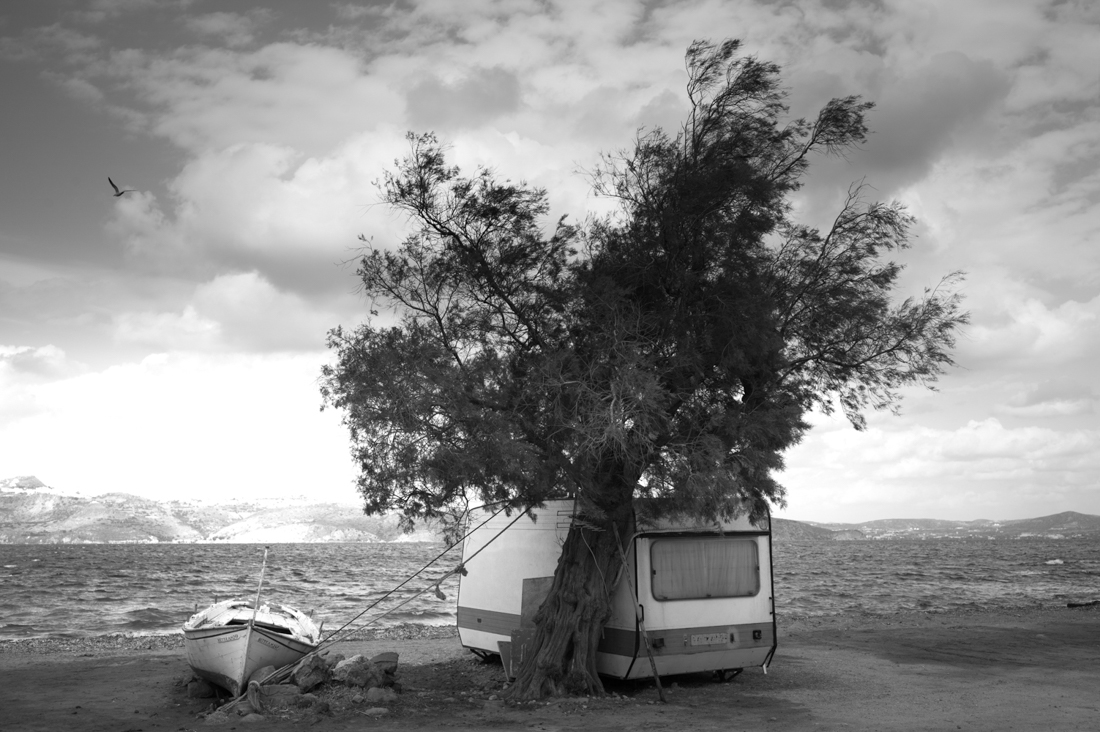 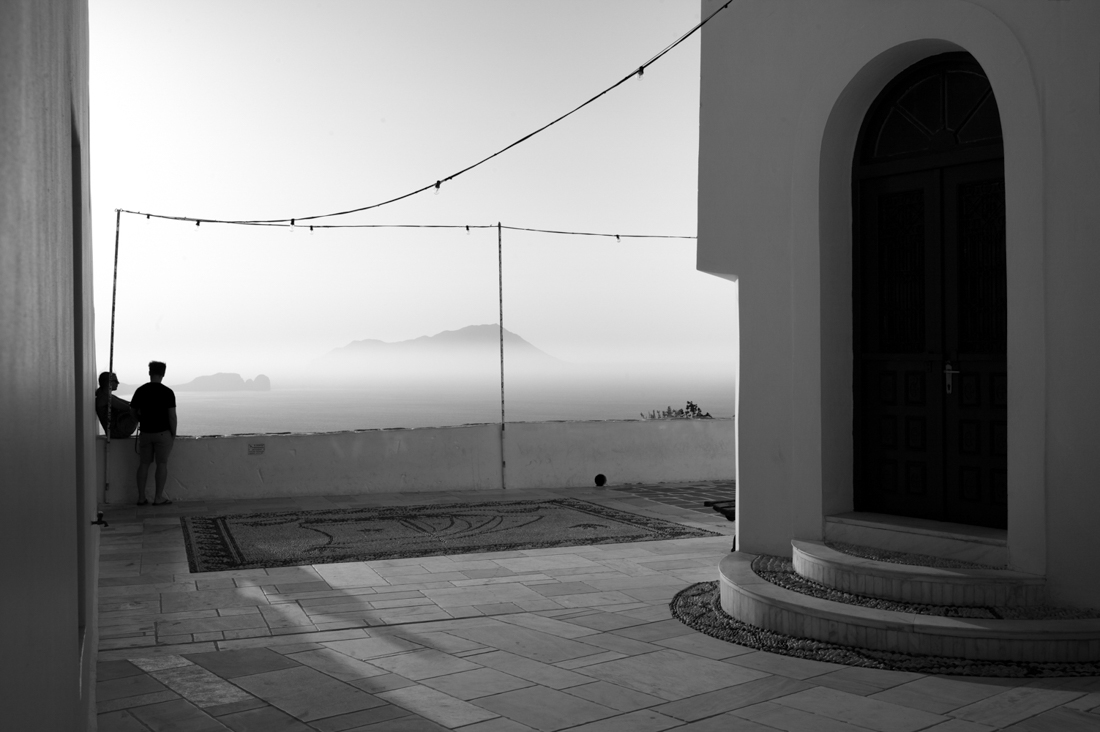 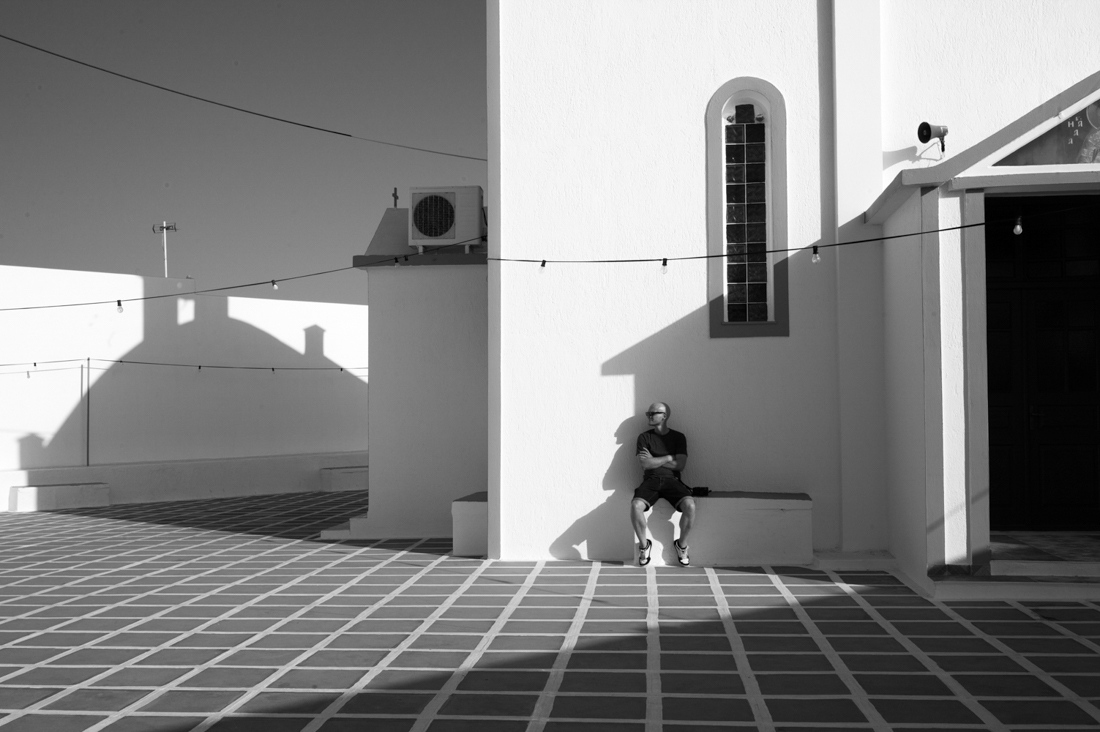 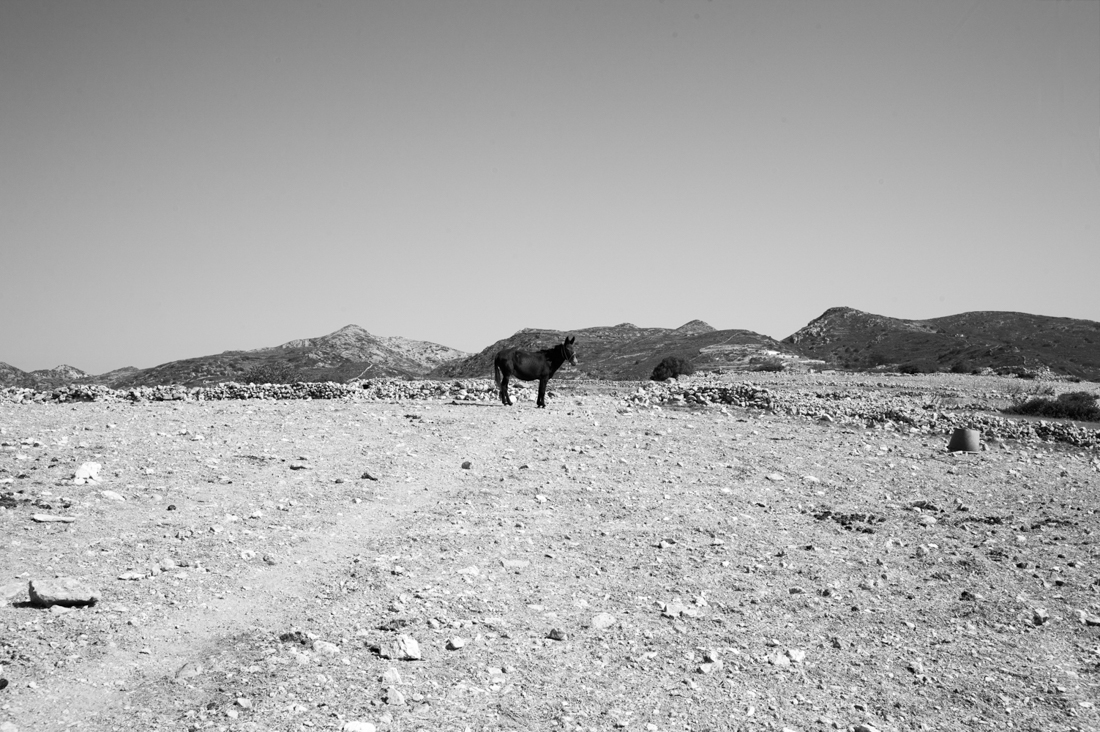 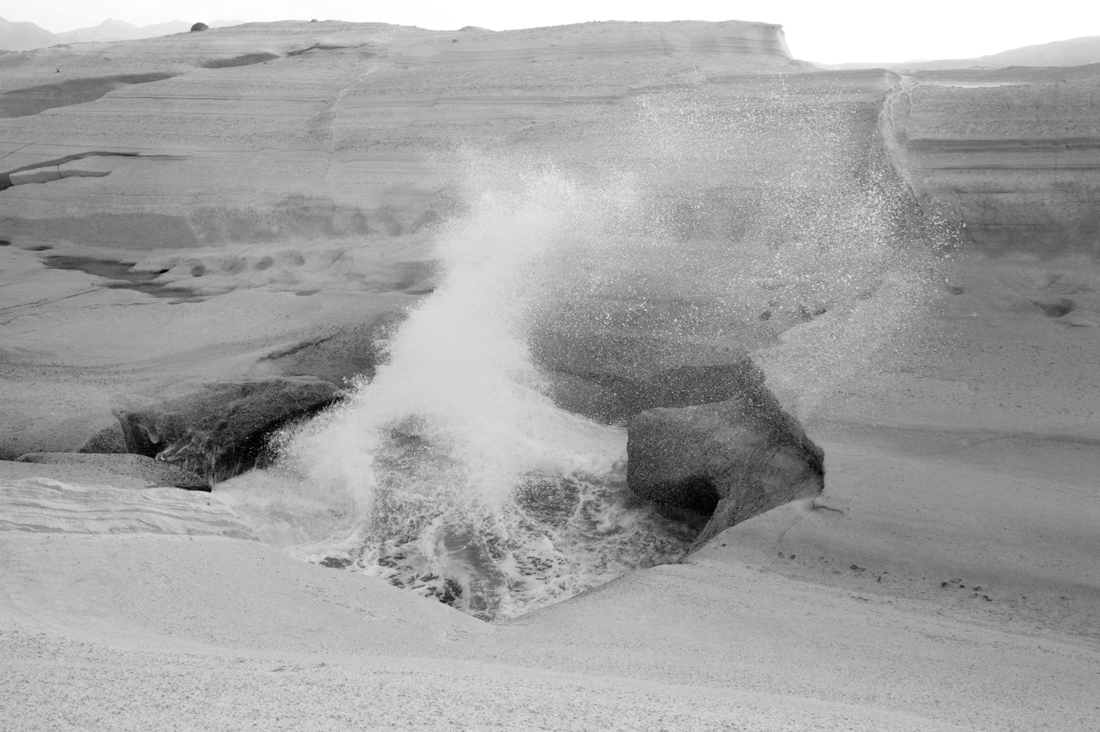 Milos is probably the most visually complex island of Greece due to its volcanic origins.
The juxtaposition and the relation between the wildness of Nature levigated by an almost never ending wind, and historical places like churches, gives to the island a mystical aspect, where a bridge between the nature and what we could call the « sacred » exists and is tangible.
In this process of getting to the core of this relation, color (despite the tentation of a stereotyped White and Blu Greek image) is almost always useless.
Time seems suspended, and pictures look like they can’t be dated.
Beings appear in a sort of mystical exchange with nature and its Gods, and the majesty around them suggests that here, it has been like this for ages.

Adriana is an Italian documentary filmmaker and autodidact photographer currently based in Paris, France.
After graduating from the film school La Fémis in Paris (Atelier Ludwigsburg- Paris) she created her own production company dedicated to documentaries and experimental films with issues related to art, human rights, ethnography, cultures and societies.
Her films and productions were shown and awarded internationally.
While working with moving images she embraced photography in her exploration, focusing in particular on the human interaction with the natural and artificial environment.
In 2020, some of her pictures were published in the book « FRESH EYES », a selection of the best emerging European photographers (edited by GUP Magazine in collaboration with Kahnmann Gallery, Haute Photographie, Vogue Italia, Atlas gallery, Fotografiska Stockholm).
www.ceresa-films.com
www.adriana-ferrarese.com
SHARE
Support this photographer - share this work on Facebook.
< BACK TO GALLERY