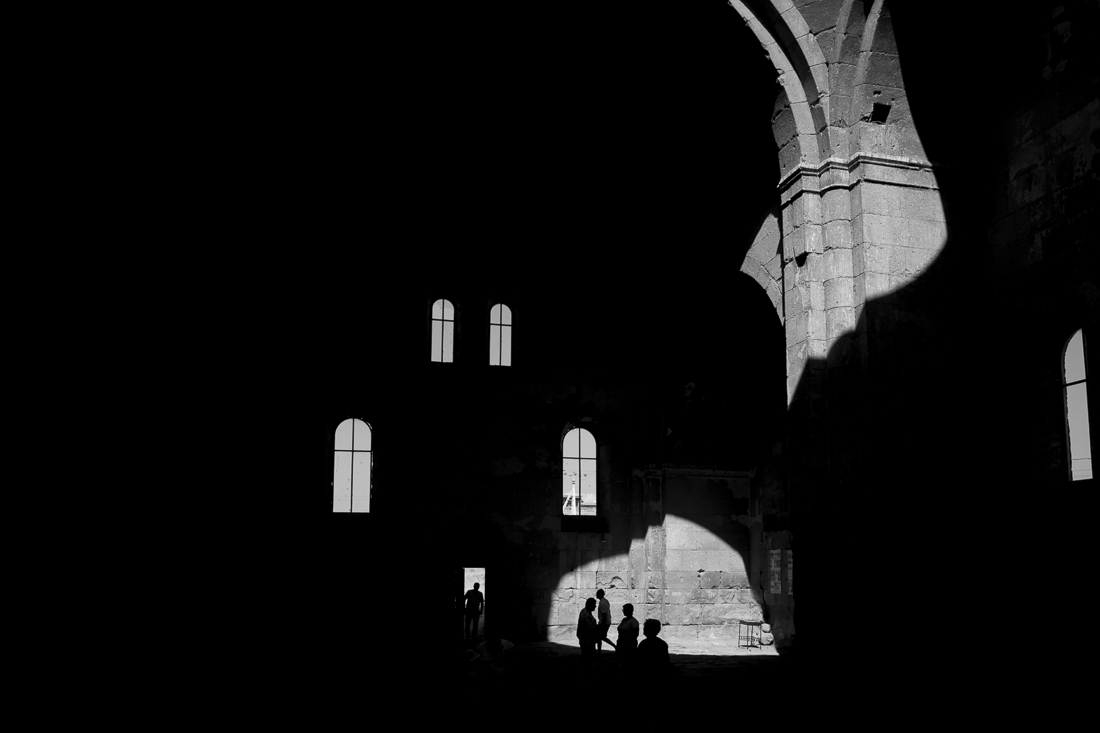 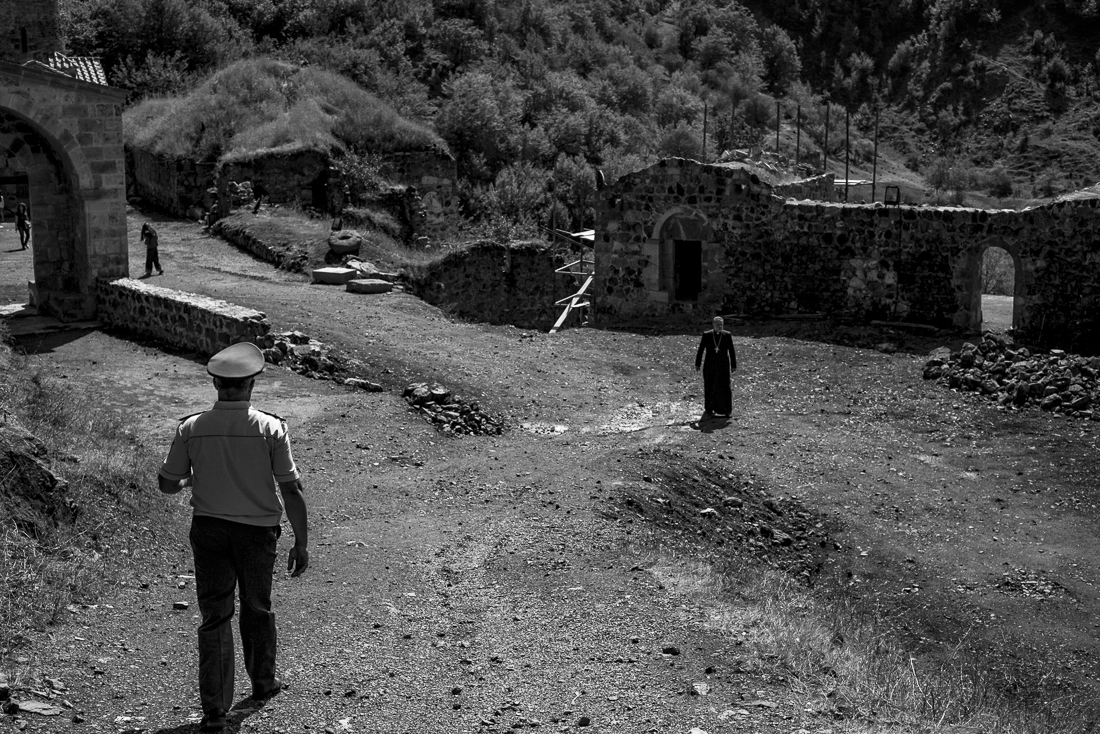 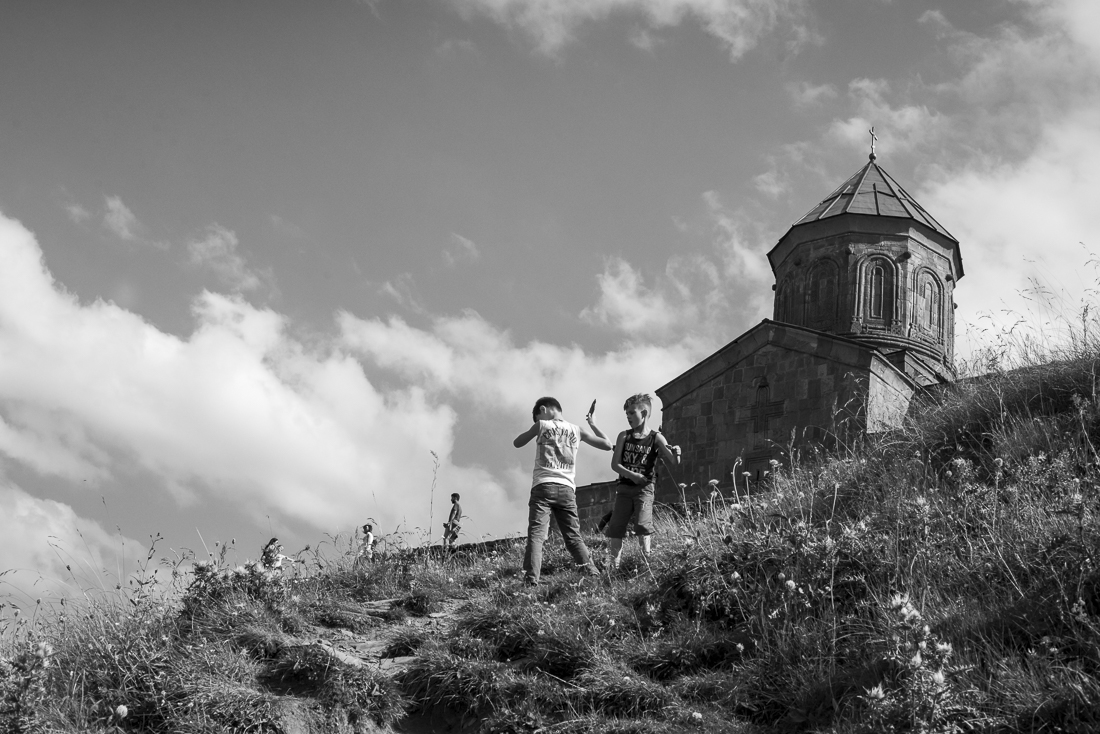 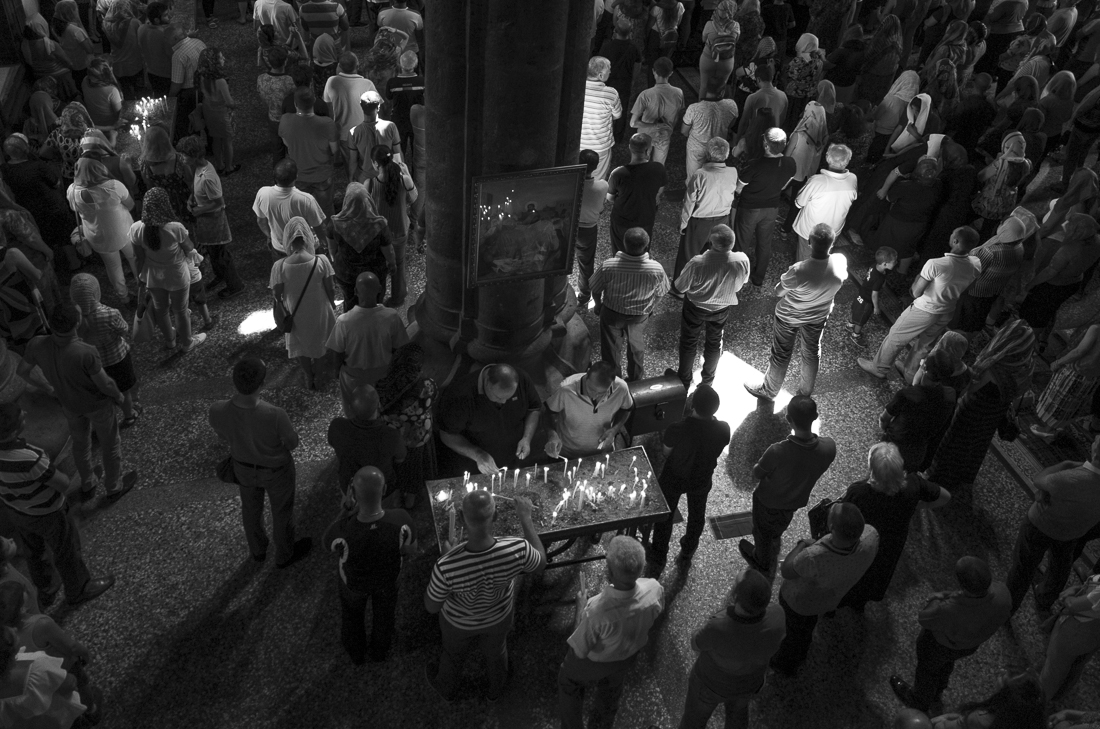 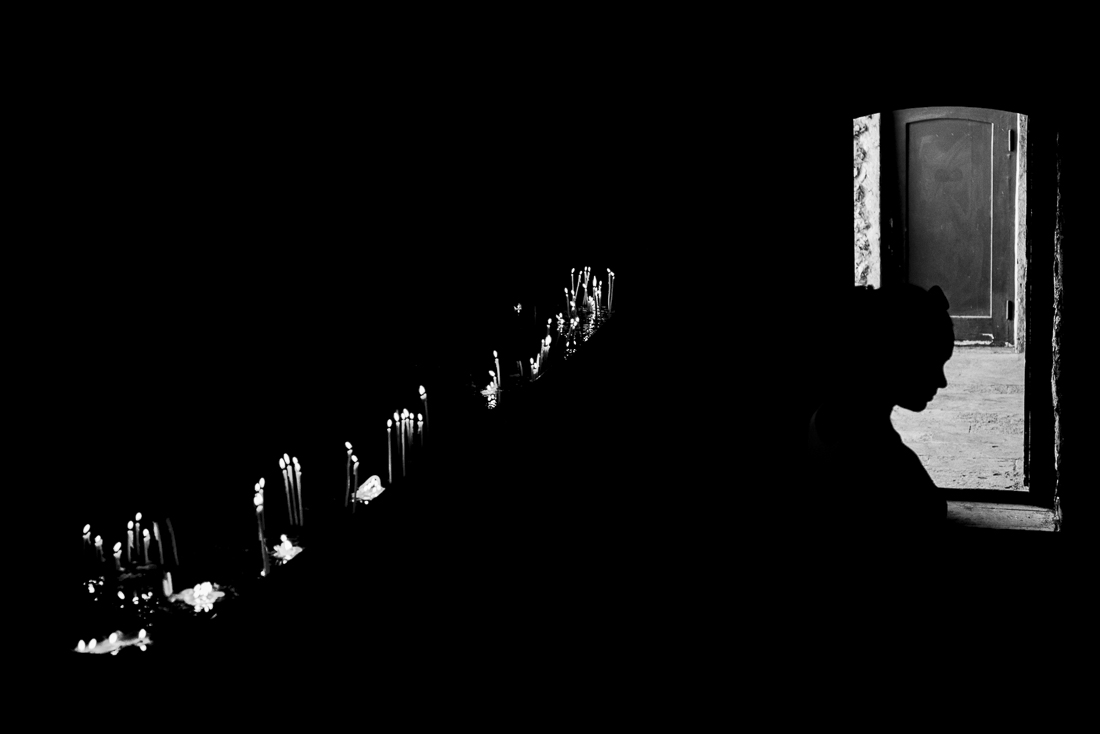 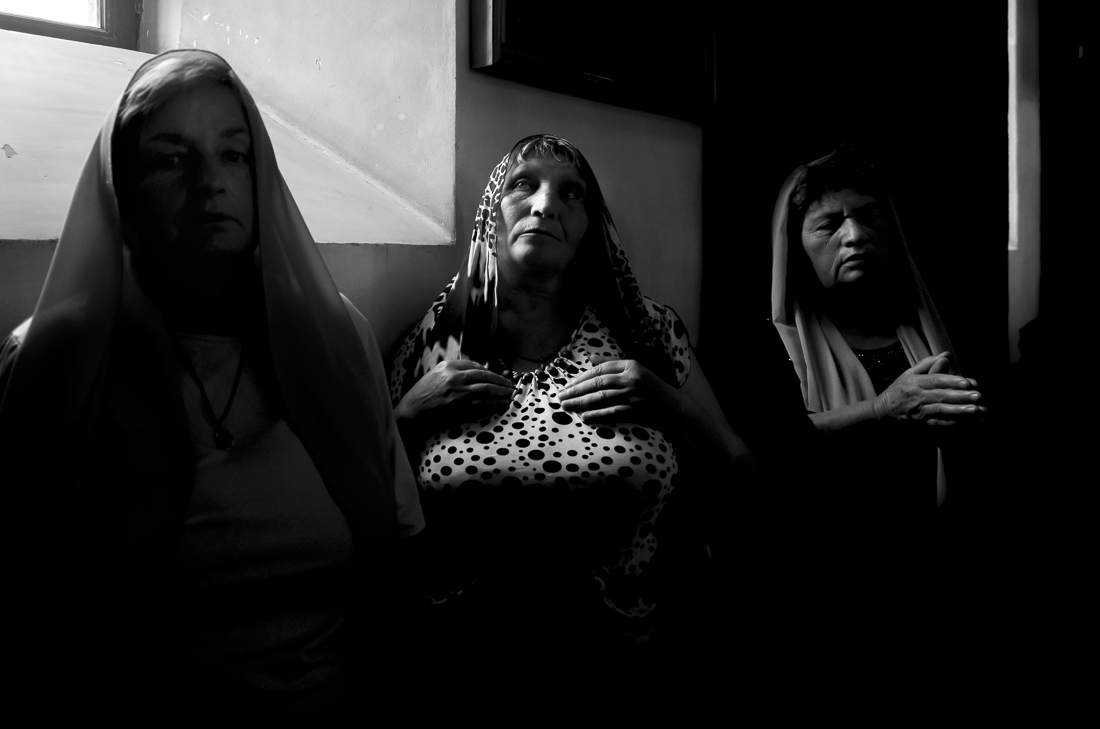 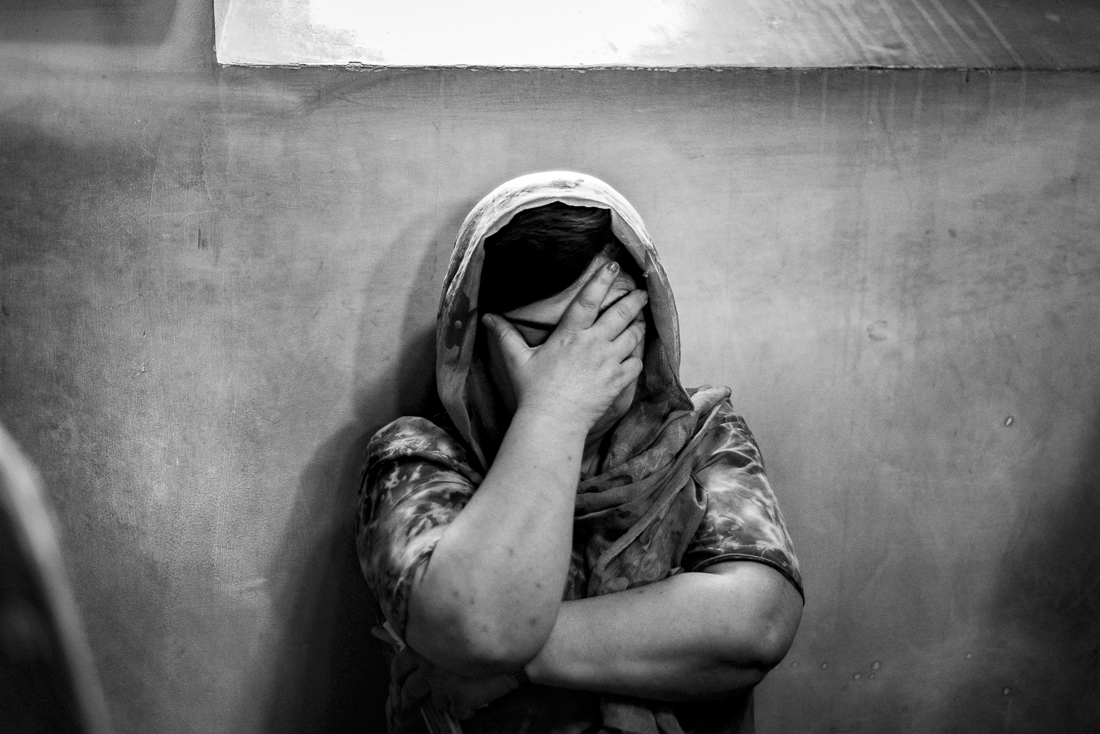 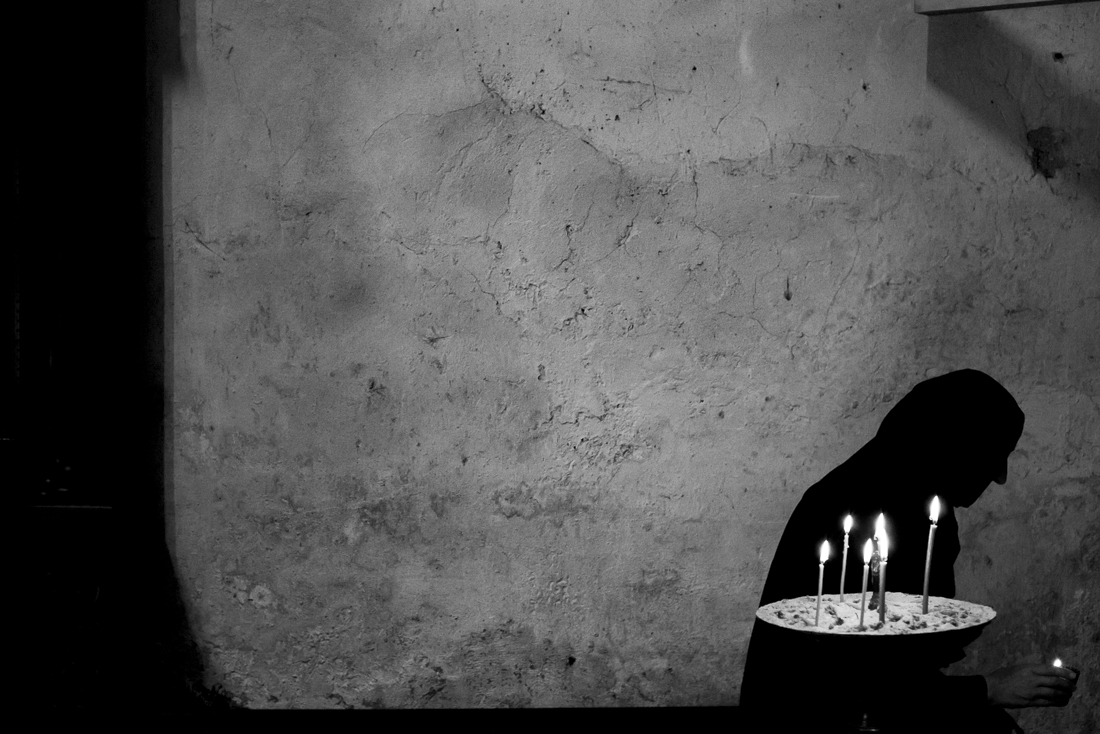 scroll left scroll right
TITLE: "Songs of pomegranate. The song of the faith"

These photos proposed here, are a selection of the "Songs of pomegranate" project, which includes a larger “corpus" of photographs taken in several trips of different lengths in the Caucasus area. This photographic project “Songs of pomegranate” is a journey through imagination and reality, in the territory of the Caucasus with a focus on Georgia and Armenia. A visual trip to discover that part of the world that has a foot in the Asia and the other in Europe. The Caucasus is a balancing acrobat on the thread of tradition, on the point of falling over the overhang of his past. It is a geographical but also emotional place, that yearns for its identity and dreams of stability that it has not yet had. In this world, some themes emerge and continue to clash with each other: the strength of the military, the desire for peace and the shadow of war; the struggle of some women to be free and the resignation of others to the role of wives who suffer a certain machismo; the extreme religiosity of the old generations combined with the desire for fun and change of the new ones.
This series of photos has a particular focus on spirituality in the Caucasus. Religion, in this area of ​​the world, still plays a very important role and the rituals connected to it are an integral part of the life of many people. Through my photographs I have tried to evoke the sense of mystery, as well as to describe scenes of everyday life that could be interconnected with it. For this reason I have tried to convey through the photos the sense of abandonment, faith, mysticism and community present in the spirituality of the Caucasus.
For many people the Caucasus is like a beautiful bird with colorful.

I was born in teramo, a small town in central Italy. My first encounter with photography was when I was 13 with a camera olympus om-1 of my father who still jealously guards home. I started to travel outside Europe to discover Asia fascinated me from adolescence. In 2014 with the money saved from the salary of my job, I bought a full frame camera and I traveled in Asia for 6 months. A year later the same thing happened
SHARE
Support this photographer - share this work on Facebook.
< BACK TO GALLERY

prev
next
Close
1/8
marco sadori - "Songs of pomegranate. The song of the faith"