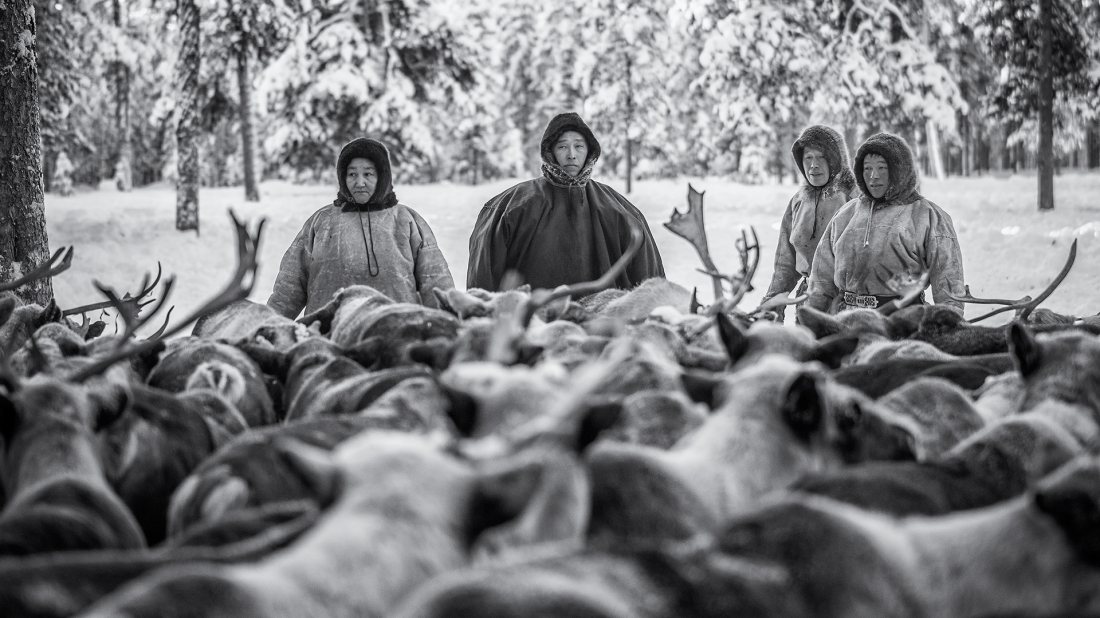 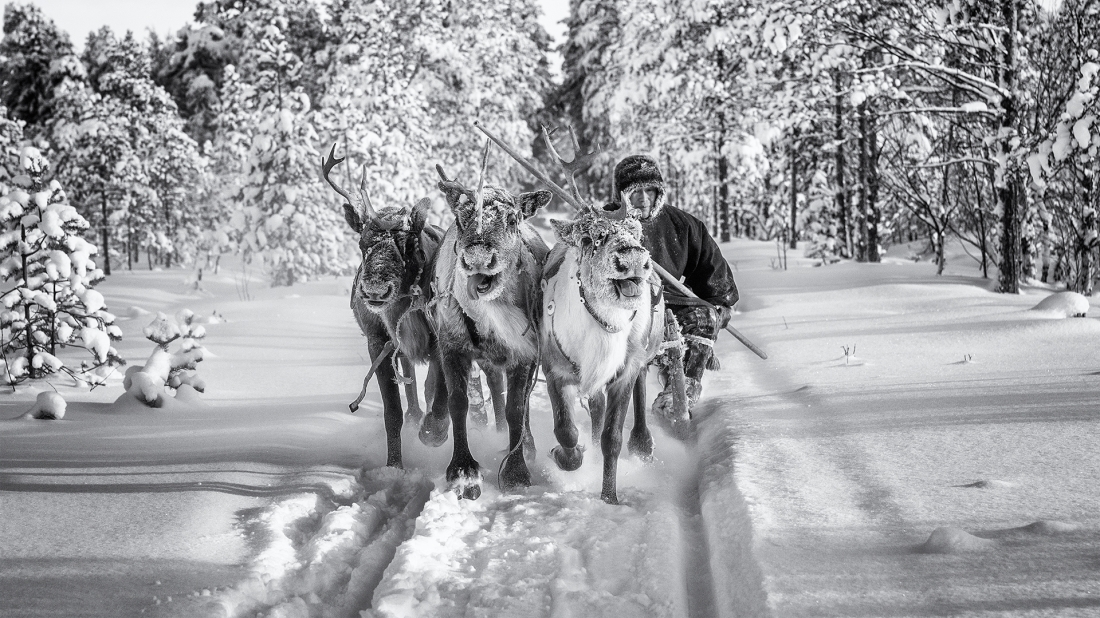 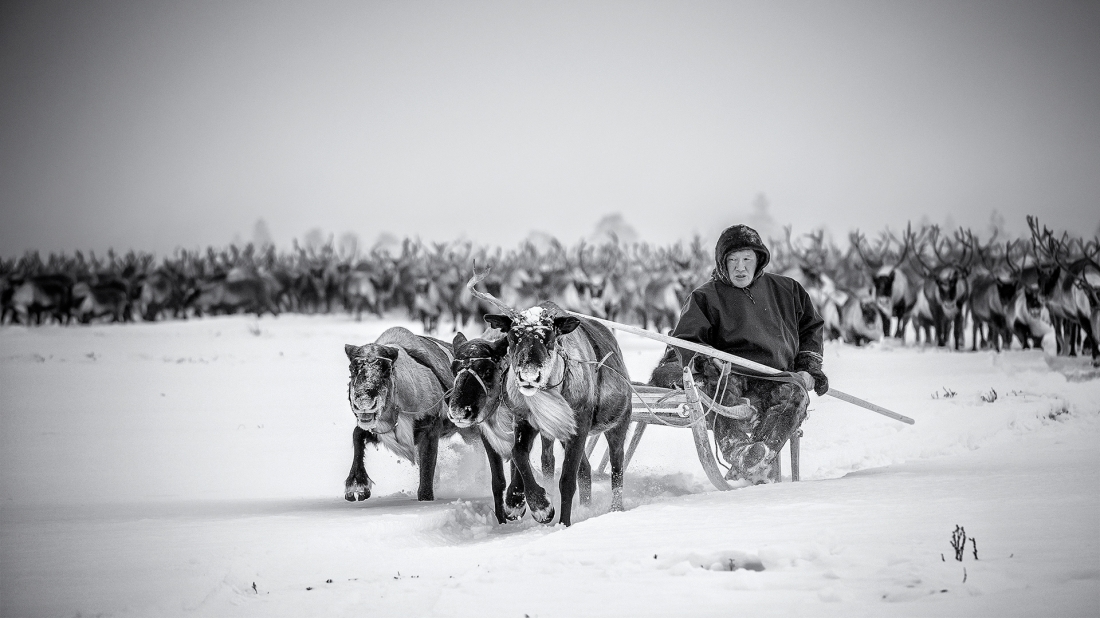 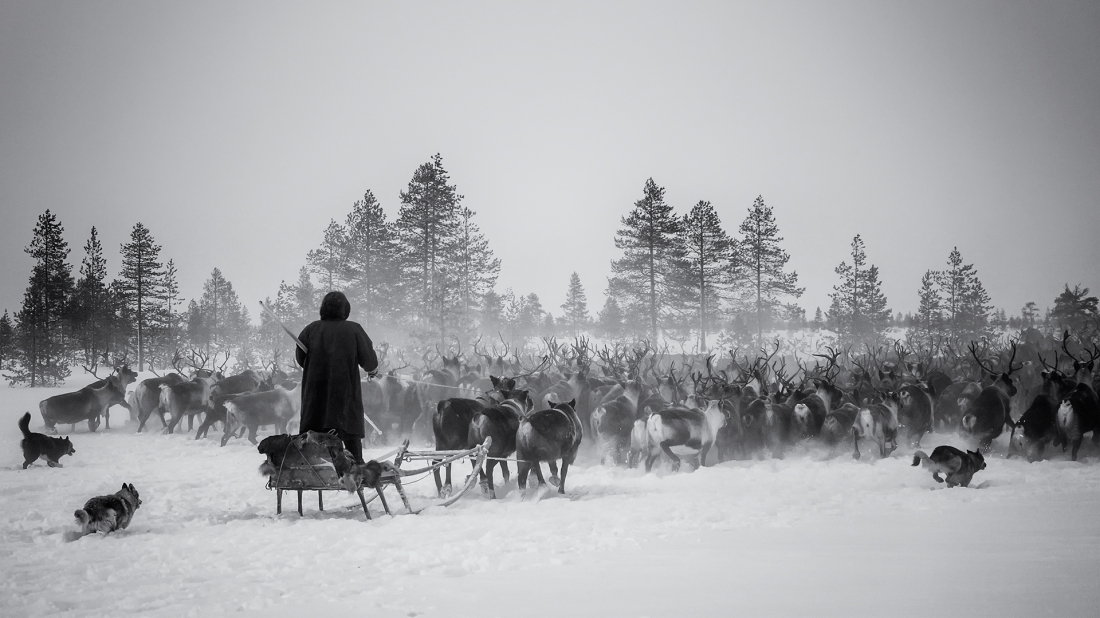 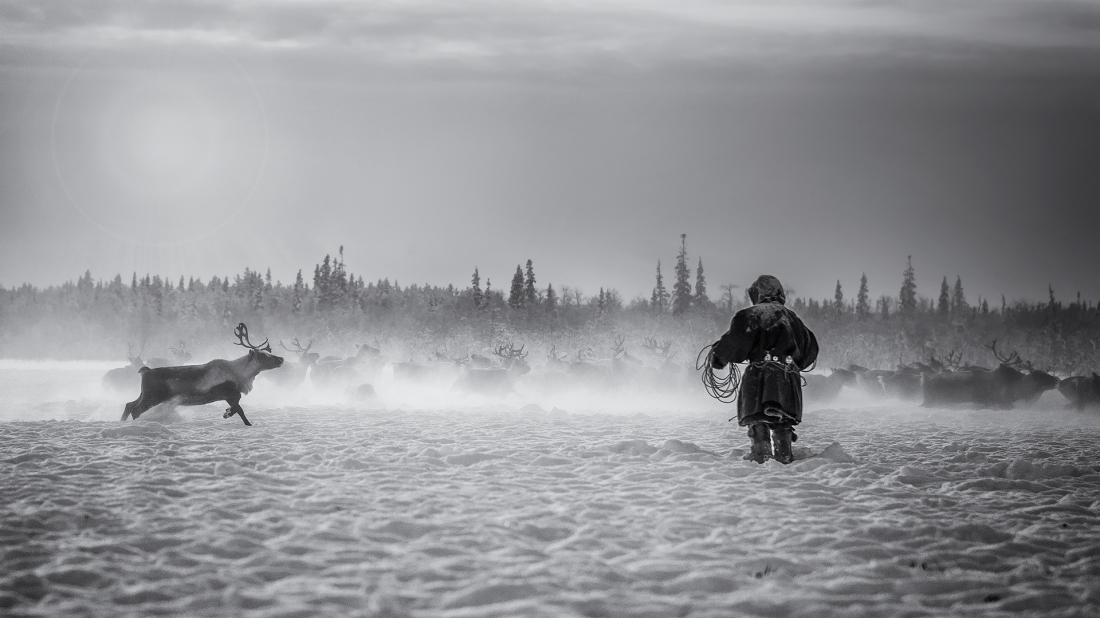 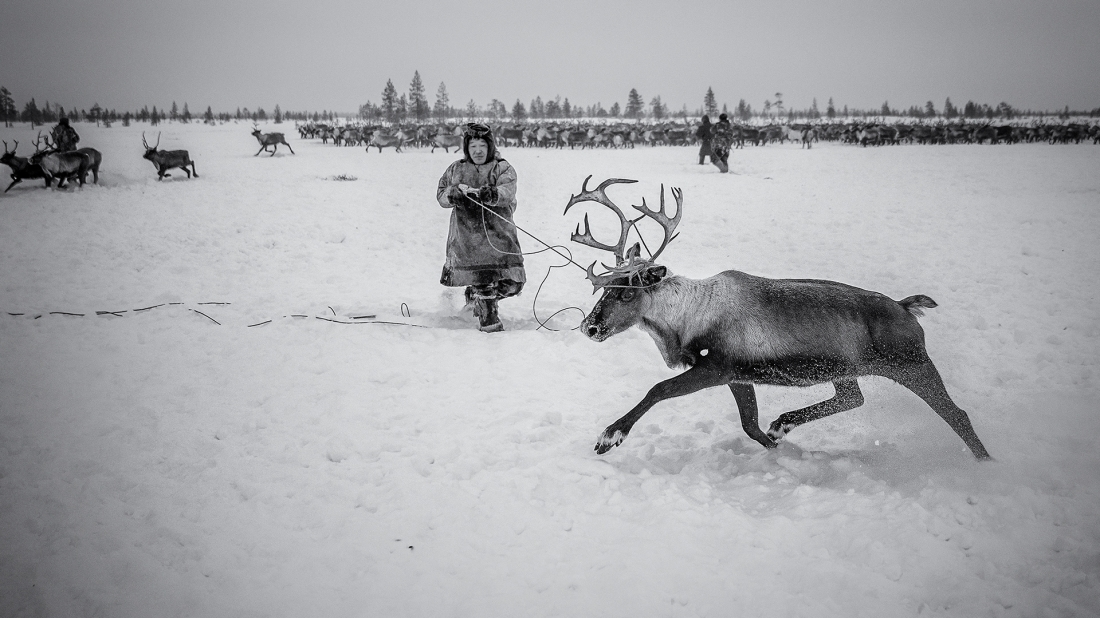 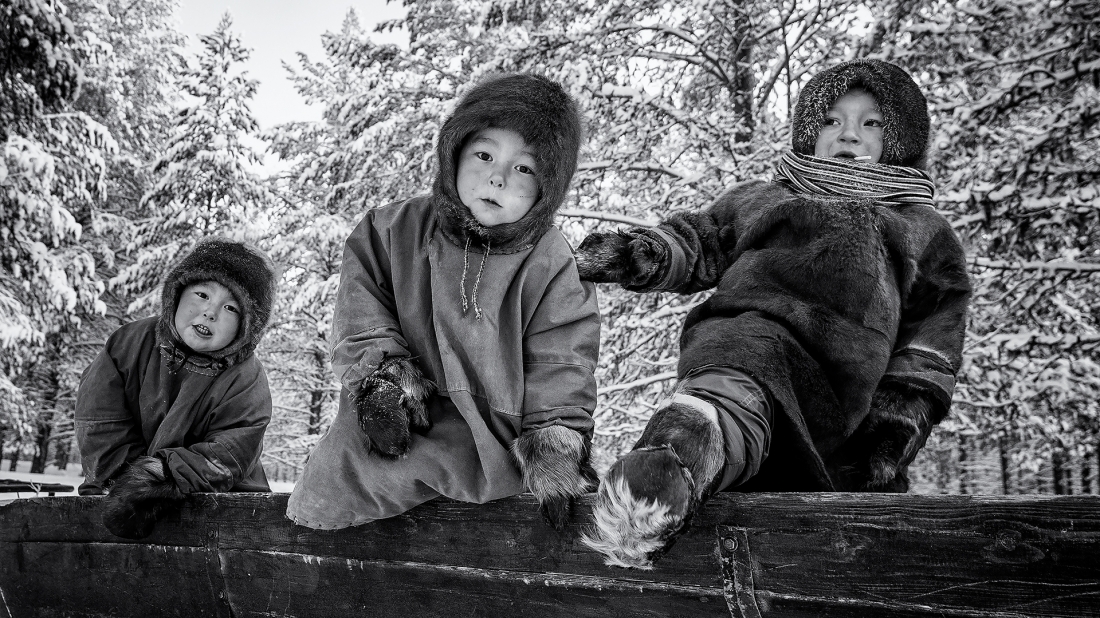 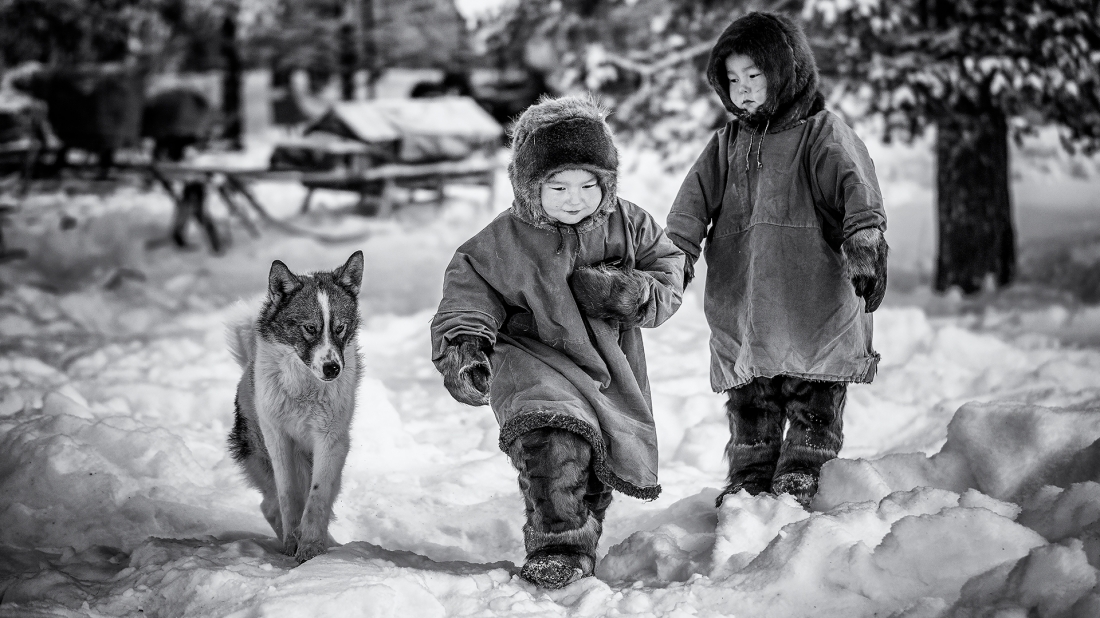 Nenets are nomadic reindeer shepherds living in the Russian tundra. They live in tents all year round - even if temperatures drop below -50 ° C. In the fall, they travel with their herds 3 months about 600 km south on winter pastures. And north again in the spring. So they will spend half a year on an endless journey.
They basically live in the past. Reindeer hunt just like their ancestors - with a lasso. 90% of their menu is reindeer meat. They have no vegetables available, so they obtain vitamin C by consuming raw reindeer liver. They only own what they can carry on a sled. They live in the harshest conditions of today's world, but they do not complain about anything and are satisfied and happy.
Nenets children are required to go to boarding school when they are 7 years old. They only learn Russian at school and are not allowed to use their mother tongue.
I spent three winters with them before they accepted me as a full member of the community.

The first time I smelled developer was in 1985 when I was memeber of National Sport Center (Parachuting) in Lučenec. With the tiny Smena 8M camera, I was trying to capture my parachuting colleagues when descending, jumping out of a plane, or even during the free fall. Burning glass and red light became my loyal friends. Later, with the switch to colour film, I, in turn, became a friend of photo labs.

In 2001, I switched to digital and after numerous changes of hardware I remained loyal to Nikon DSLRs and Olympus mirrorless. Paradoxically, this change led to a gradual return to black and white photography and a classic photo film. It started with 'ordinary' black and white street photos, and then along came karate, landscapes, and infrared photography.

Today, I work almost exclusively in black and white. When taking a black and white photo, I don't need to care too much about balancing the white or about colour profiles in printing and I can enjoy the actual process of taking photographs much more. Black and white photography is in fact quite liberating. Genres that I specialise in are simultaneously my hobbies - karate, skiing, backcountry skiing, scuba diving, mountain hiking, and travelling.
SHARE
Support this photographer - share this work on Facebook.
< BACK TO GALLERY