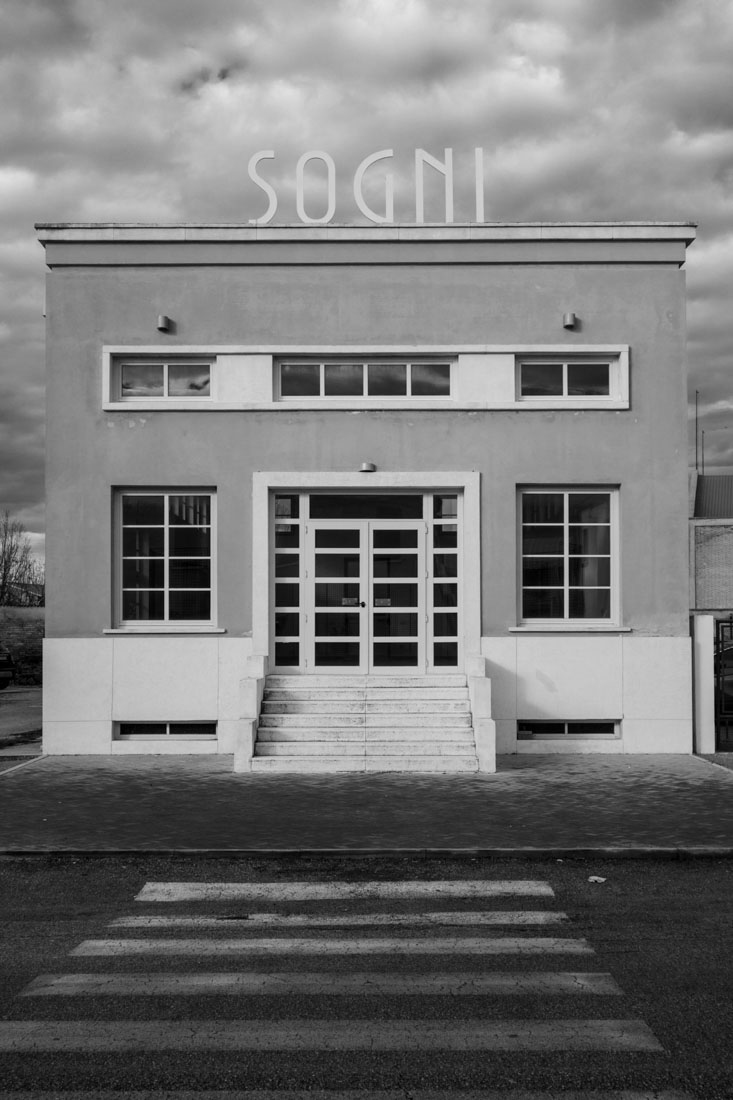 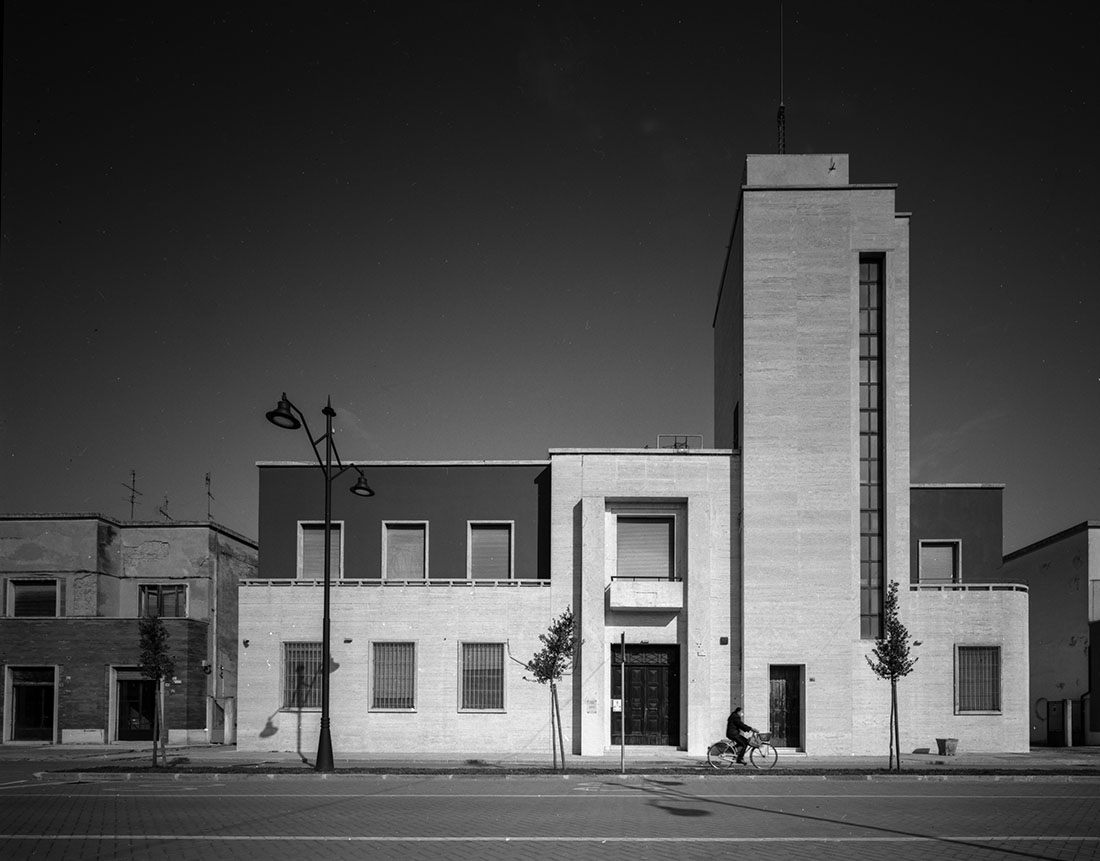 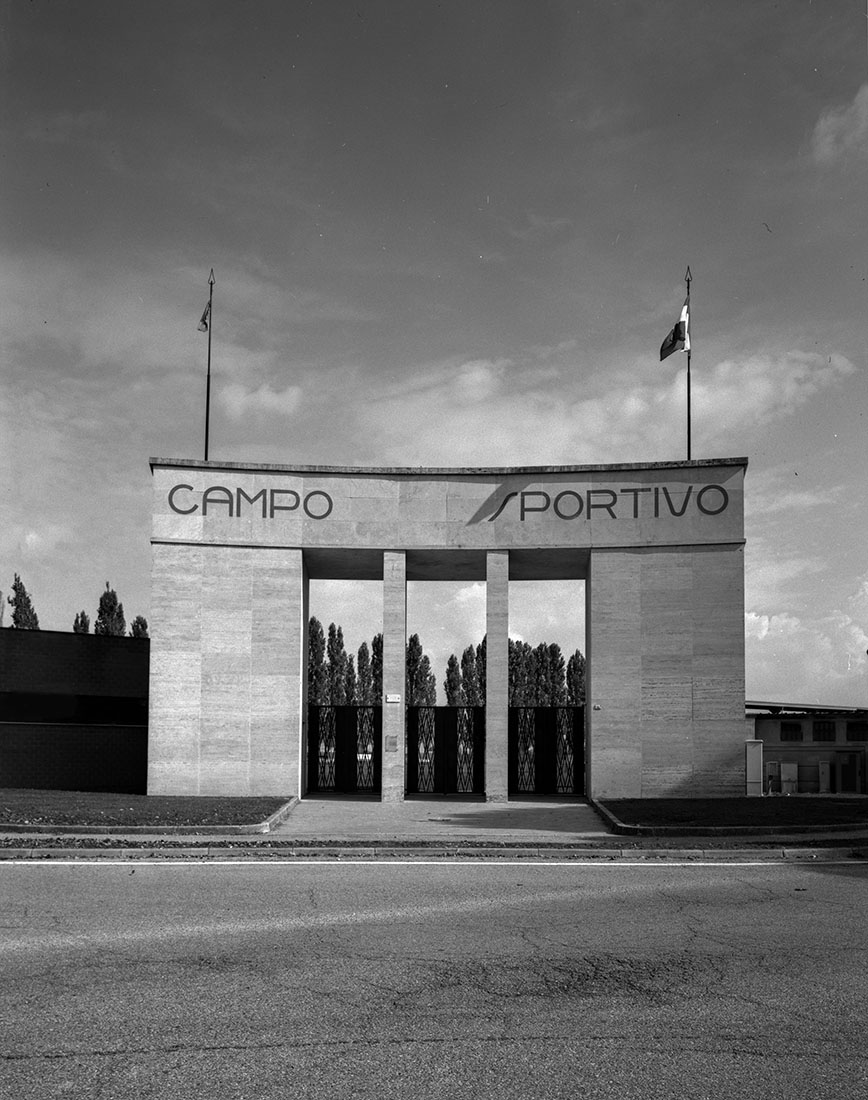 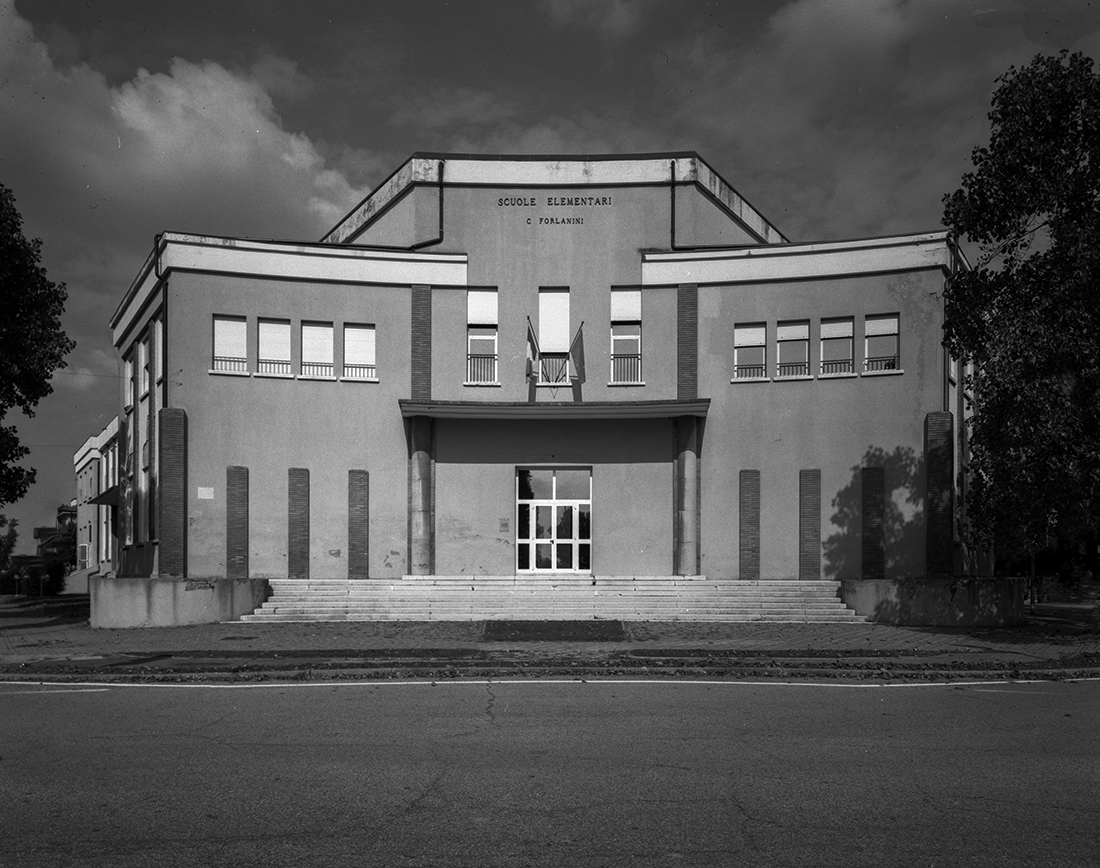 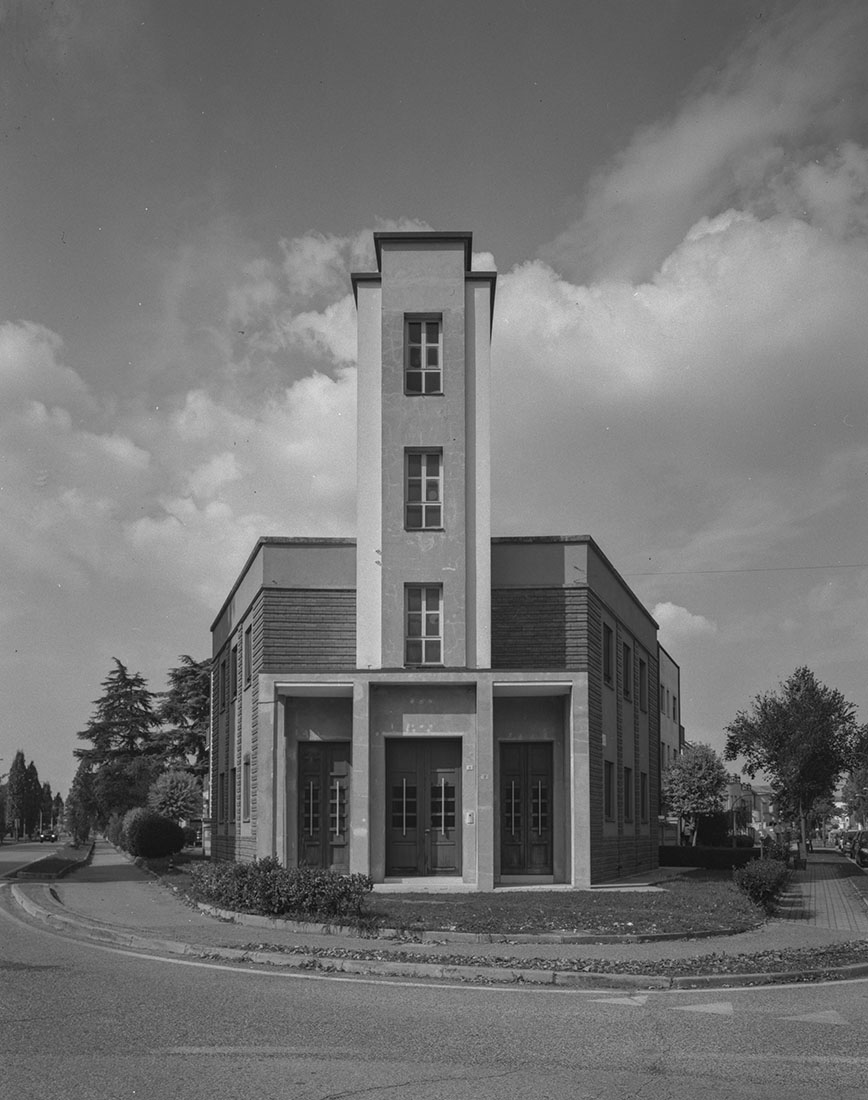 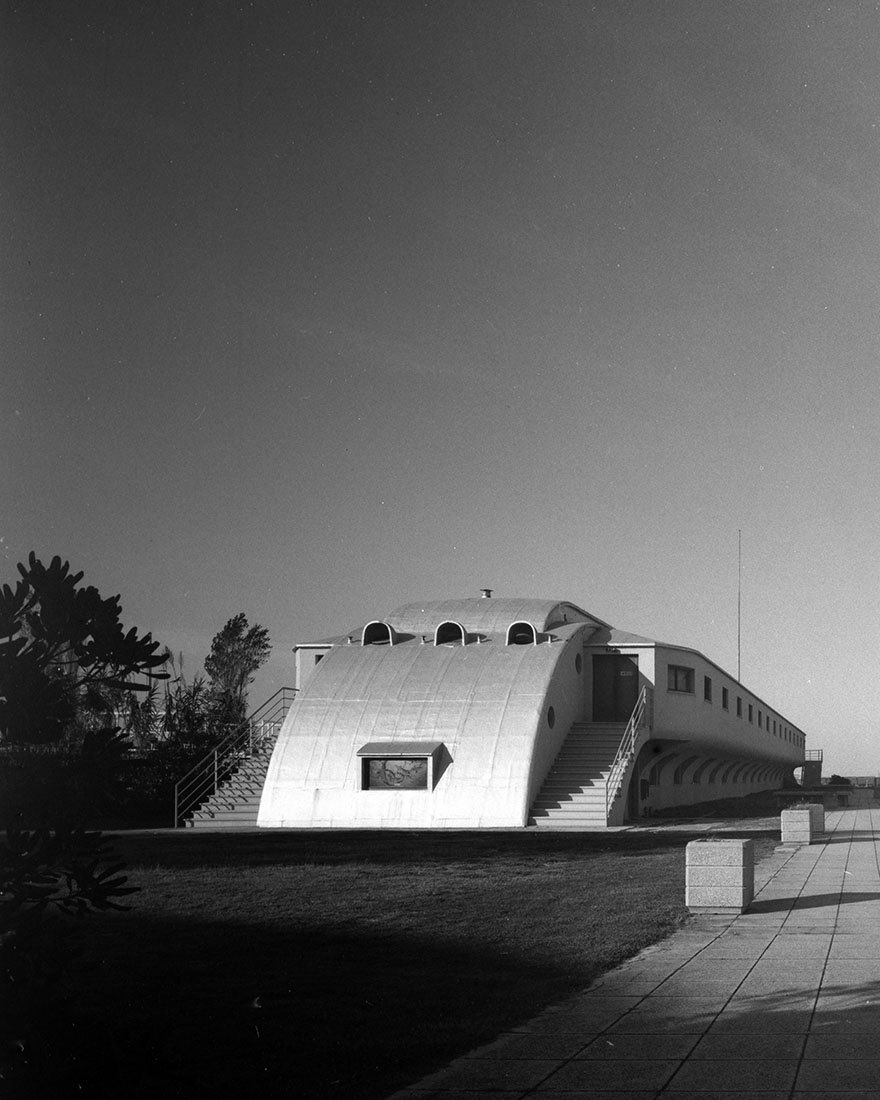 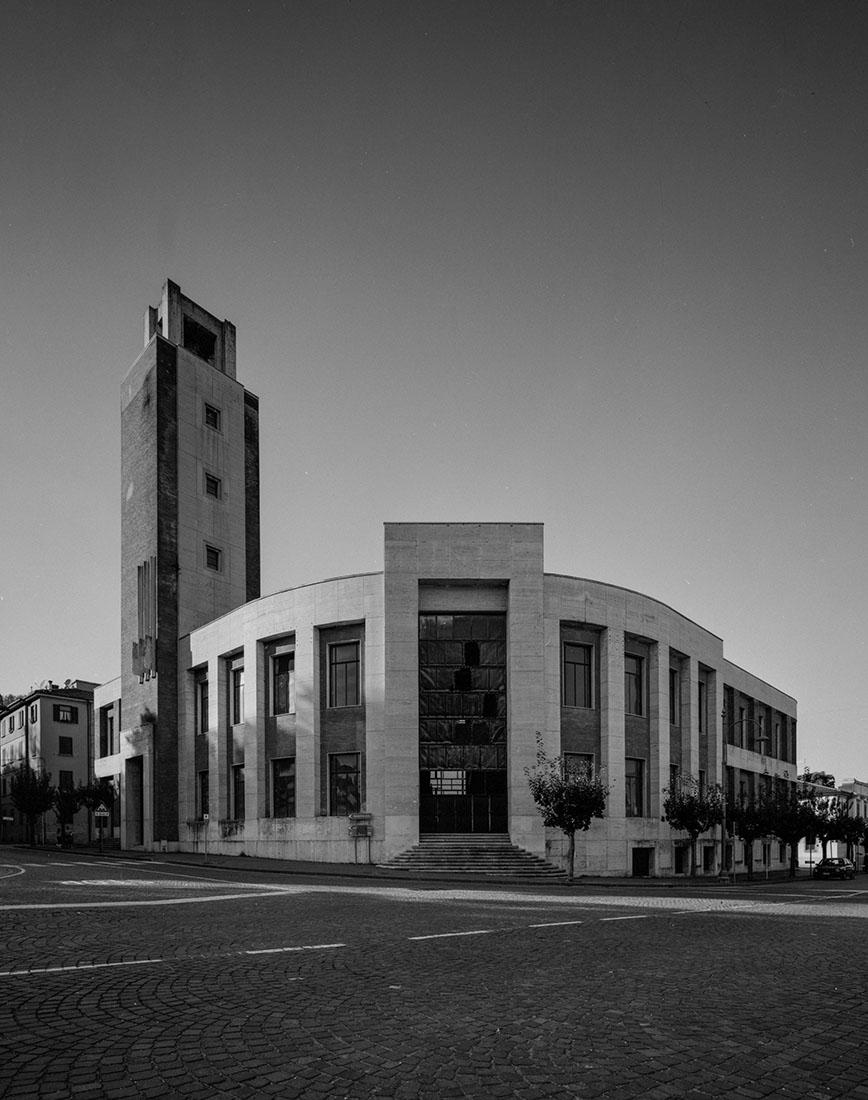 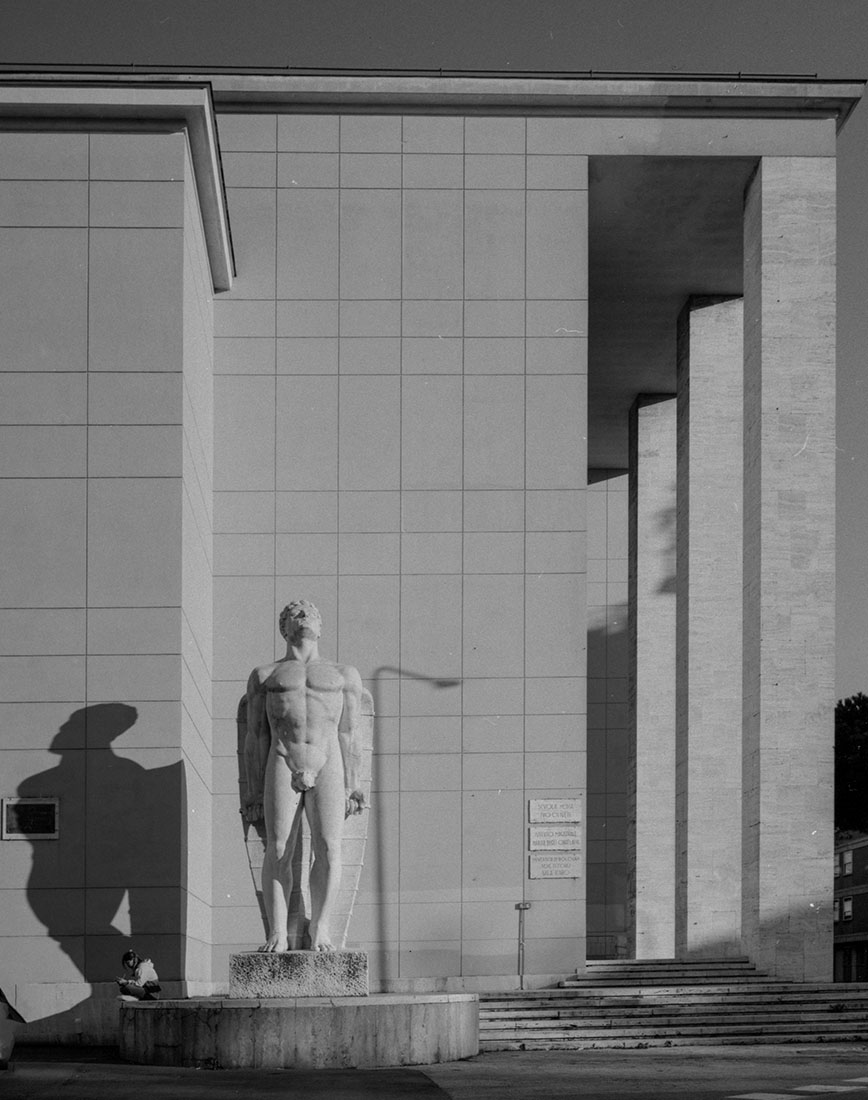 Metaphysics, what exists beyond what we see or perceive, has long been a concern of mine and has informed a large part of my work. In this series, that I would like to organize into a book, I follow the intent of De Chirico’s Schola Metafisica and use Rationalist buildings as a stone metaphor of what stays unchanged and exists beyond the flow of time. Italian Rationalism is a part of the international Modernist movement championed by the Bauhaus in Germany and by Le Corbusier in France. Rationalist architecture refuses decoration so that buildings are essential, geometric shapes. In short, naked forms: the true essence of things.
In addition, Italian Rationalism has two peculiarities. The first one is that, for political reasons, it reinterprets Roman architecture. Such a modern interpretation of classical buildings produces a sense of timelessness. The second one is that it is the first and possibly only case in which the shape of cities was influenced by a painter, De Chirico, rather than the other way around. The metaphysical imprint of these buildings causes the same sense of estrangement of De Chirico's paintings, such as the Piazze d'Italia cycle.
Almost all the photographs in this series were taken on large format 4x5 Ilford FP4+ film.