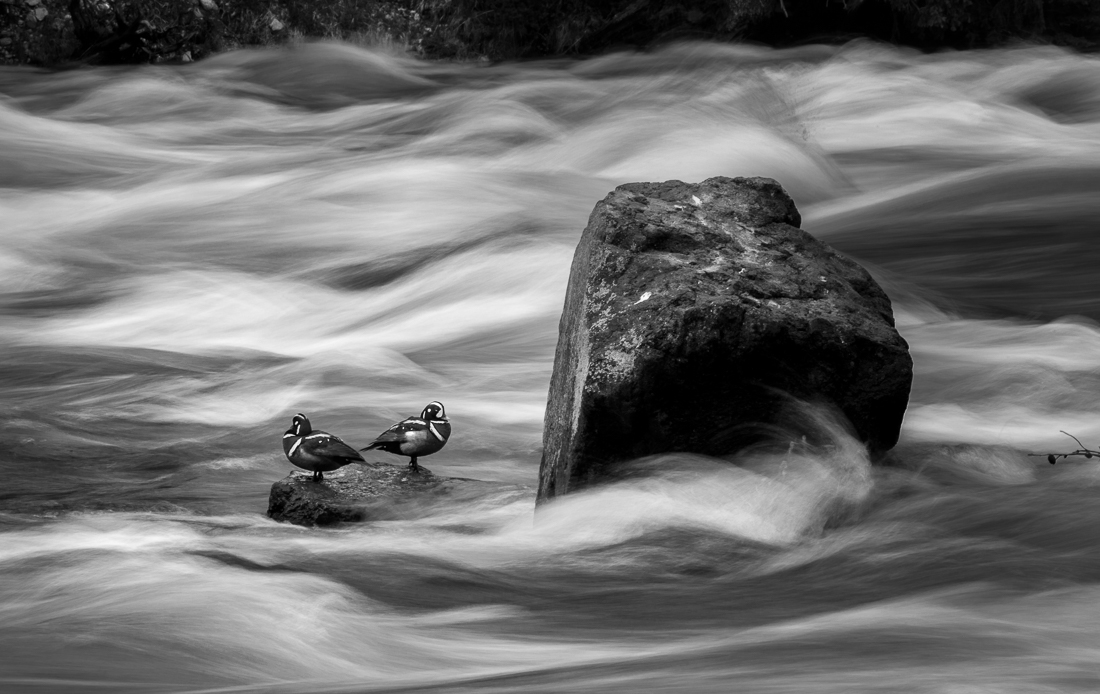 A pair of Harlequin ducks resting on a tiny rock in the midst of roaring Yellowstone river in Yellowstone National Park.