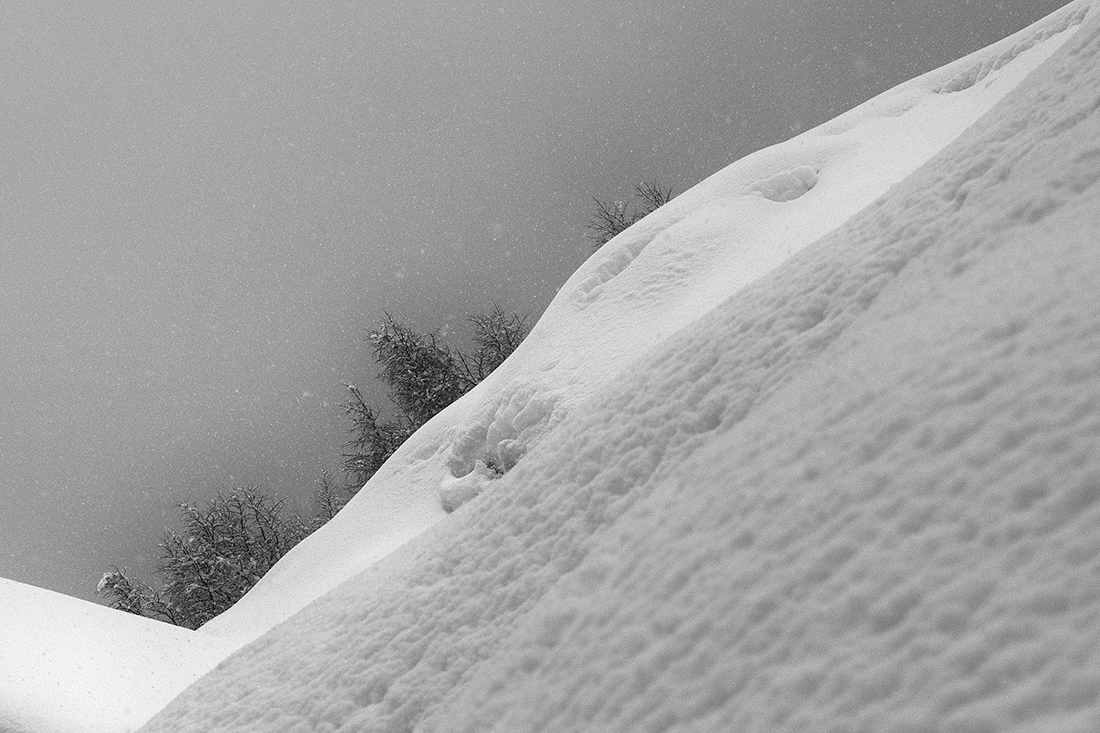 The snow had been falling so heavy that the train from Brig to Oberwald only went as far as Niederwald. The danger of avalanches was so high that only part of the route was deemed safe. As we stopped at the station I tumbled out to discover that the village had been covered with huge amounts of snow – up to five feet. It was all so peaceful and quiet. All noise was dampened. Not one person did I see. It felt a little strange and eerie. It was a privilege to be there . . .

Frank Lynch grew up in Dublin, Ireland where he studied Graphic Design and Printing Technology. After living for many years in Germany and Israel he now spends his time in Ireland, Japan and Switzerland.