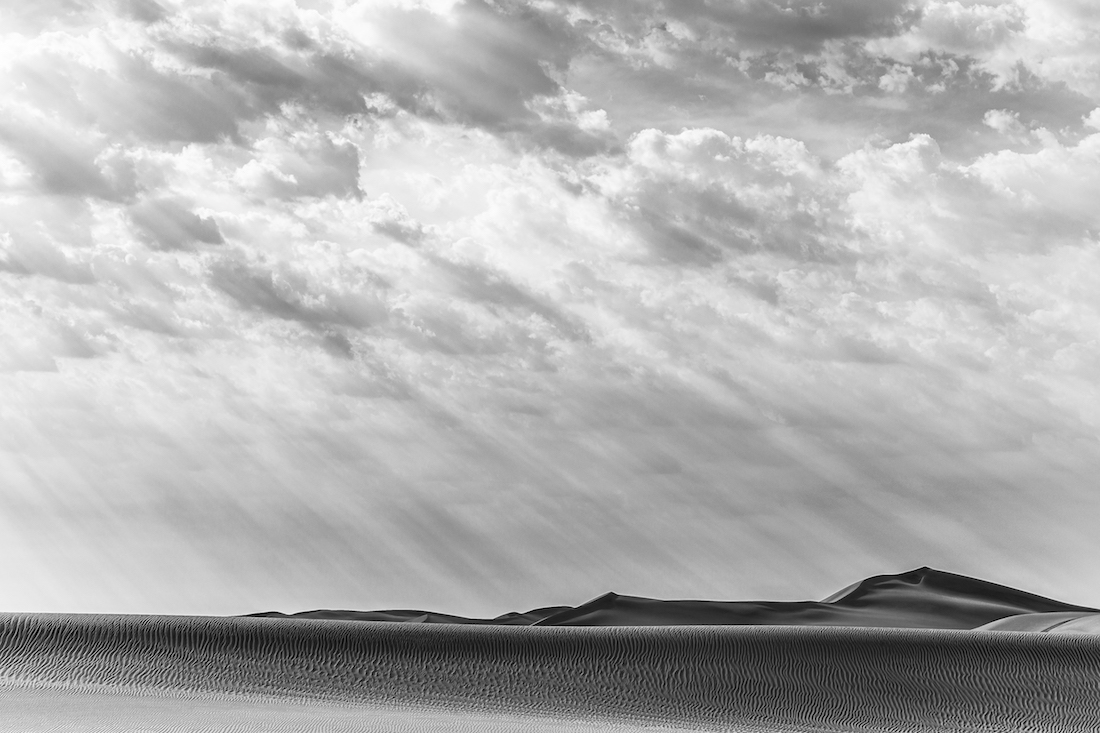 This shot was taken in the national park of Namib-Naukluft, Namibia. The Namib desert is one of the oldest and driest in the world. It covers the entire coast of Namibia up to 200 km inland. Famous for its dunes, and its colors, it is a place of wild and primordial charm but also a place hostile to life. The dunes overlooking the ocean, along the so-called "Skeleton coast", offer a unique spectacle in the world. This photo was taken in the morning, when the typical coastal fogs of this desert had cleared up to reveal the first flashes.

I am an Italian photographer and I began to take an interest in this medium a few years ago, discovering, almost by chance, its enormous potential. Since then, I have not stopped shooting and, I hope, improving ("Your first 10,000 photos are the worst!"). Travelling it has become the inseparable companion of adventures because symbolically it unites two things that seem to be made for each other and that share a common spirit: the desire for discovery.

Photography is the memory of other worlds, a gaze that privileges and multiplies the complexity of the existing, testimony and representation of existence itself. To frame, to shoot, means to choose between the infinite possibilities with which the things of the world are continually revealed, educating the eye to observe them. Among my favorite subjects are animal life and the natural world, landscapes, but also portraits especially set.
Share
Support this photographer - share this work on Facebook.
< BACK TO GALLERY