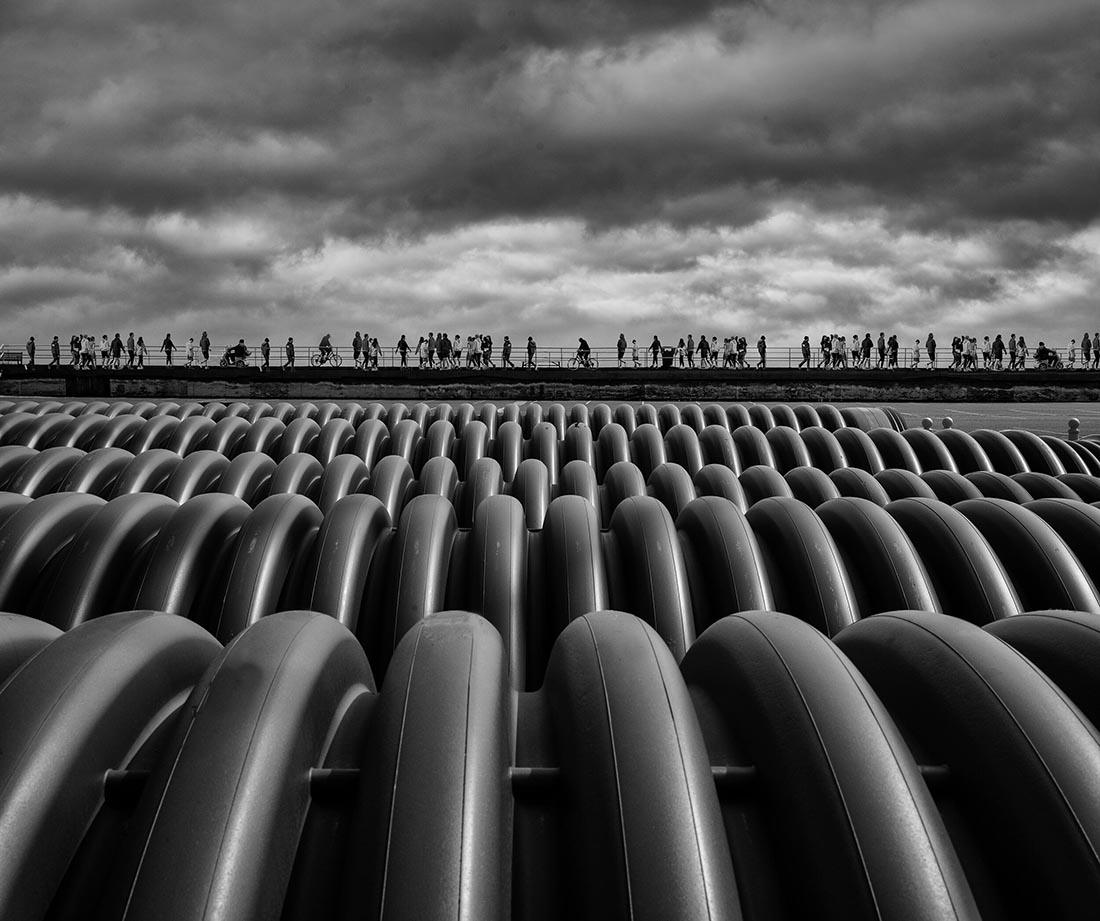 A few weeks ago I was in Wildwood, NJ for the afternoon. There is major road reconstruction going on near the boardwalk. I have always been drawn to these plastic pipes. From a ladder, I juxtaposed the pipes, against the people on the boardwalk.