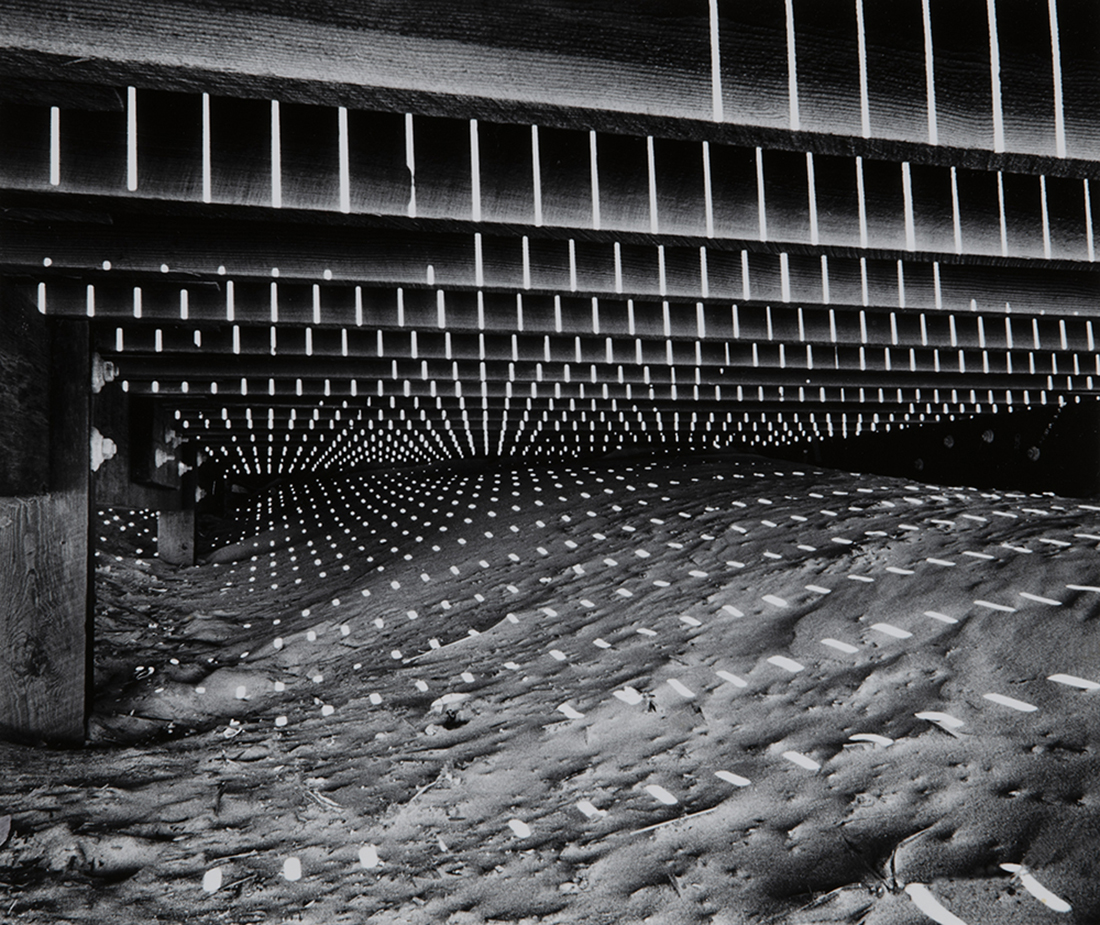 One winter morning I was walking along the beach in Atlantic City, NJ, with my camera and tripod. I happened to witness this incredible play of light under the boardwalk. I recorded several film images with a 24mm wide angle lens.