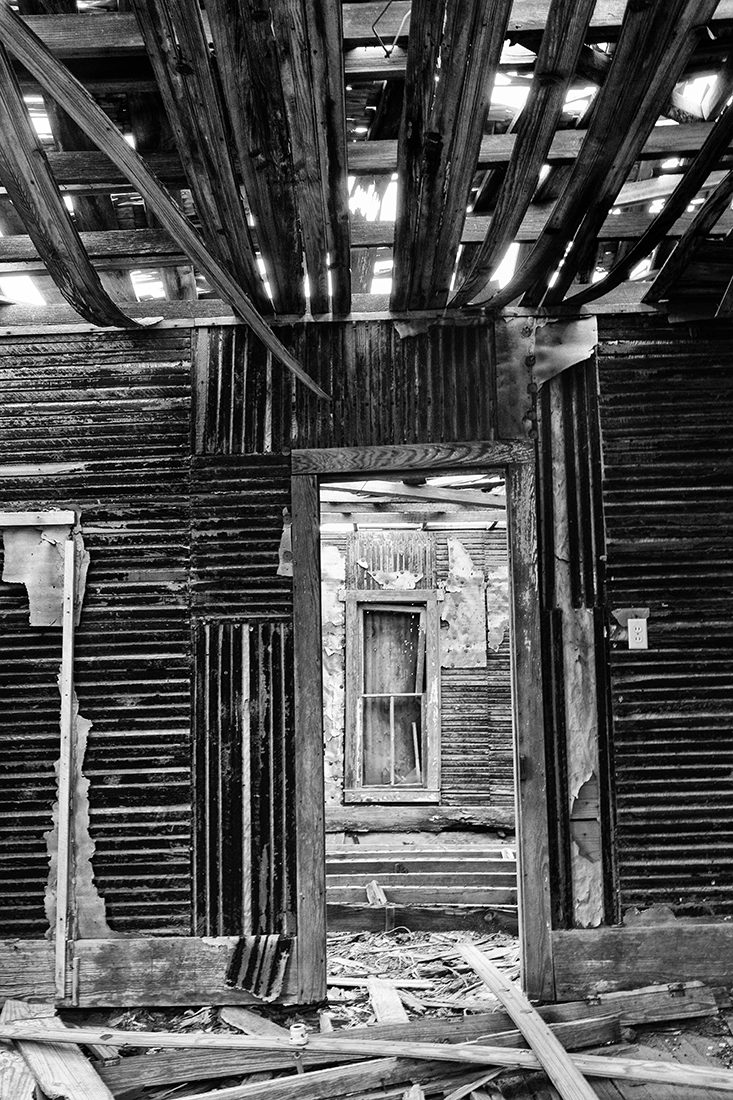 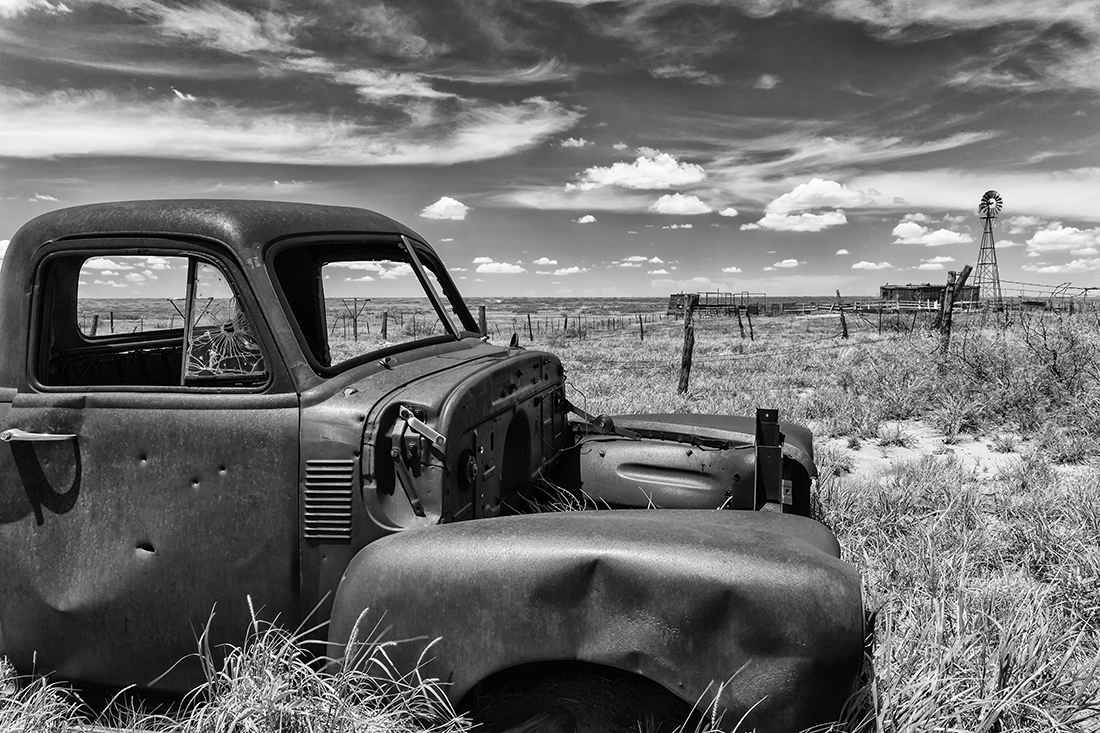 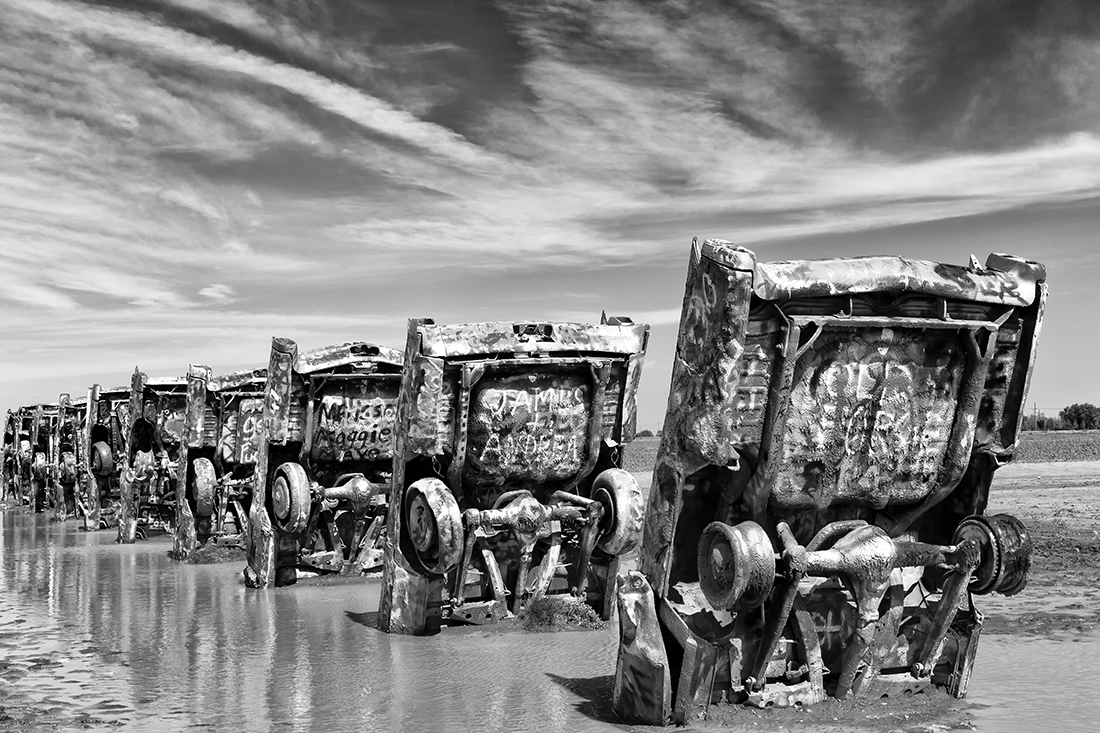 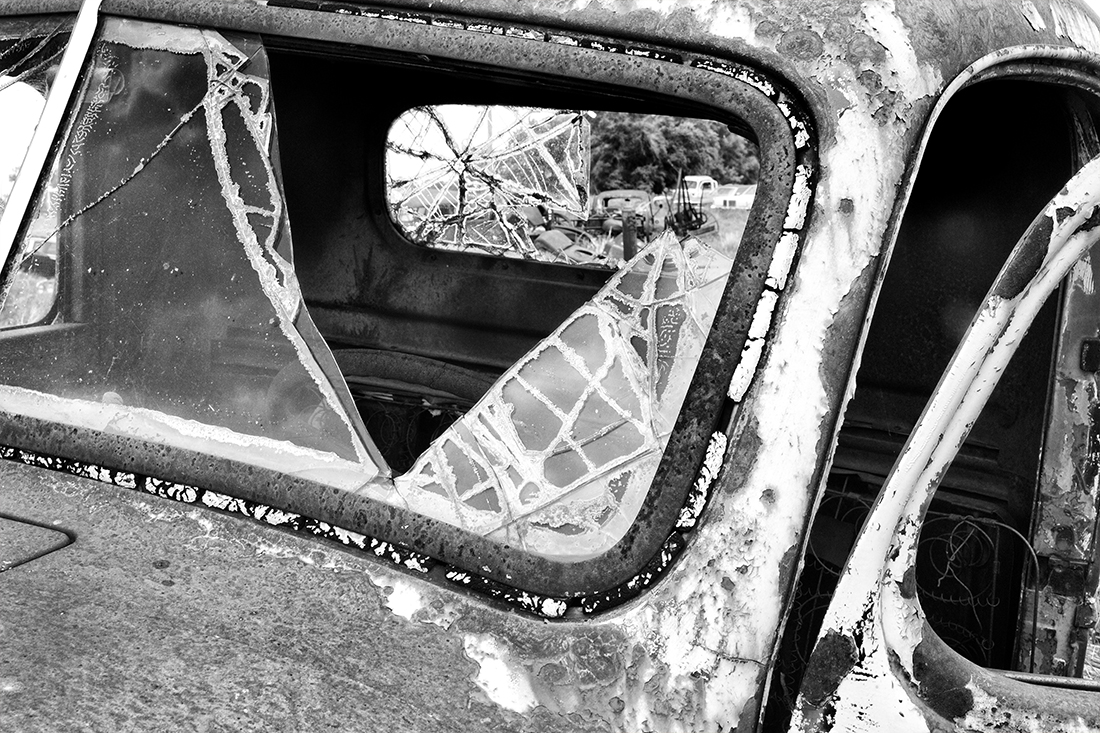 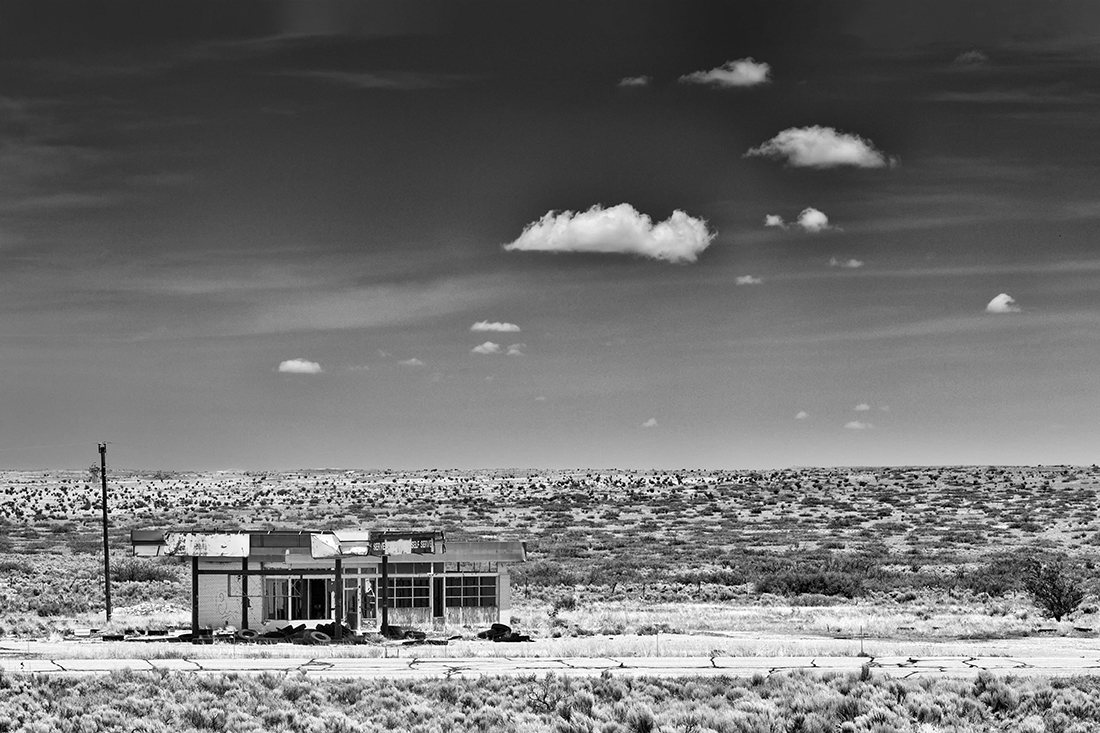 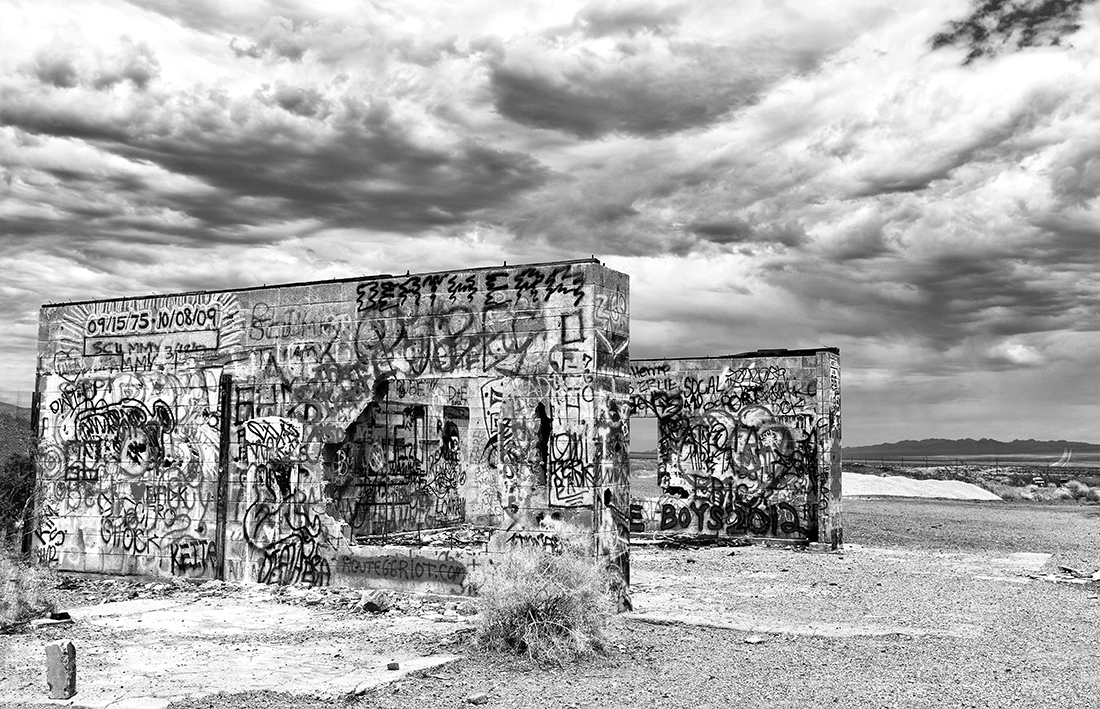 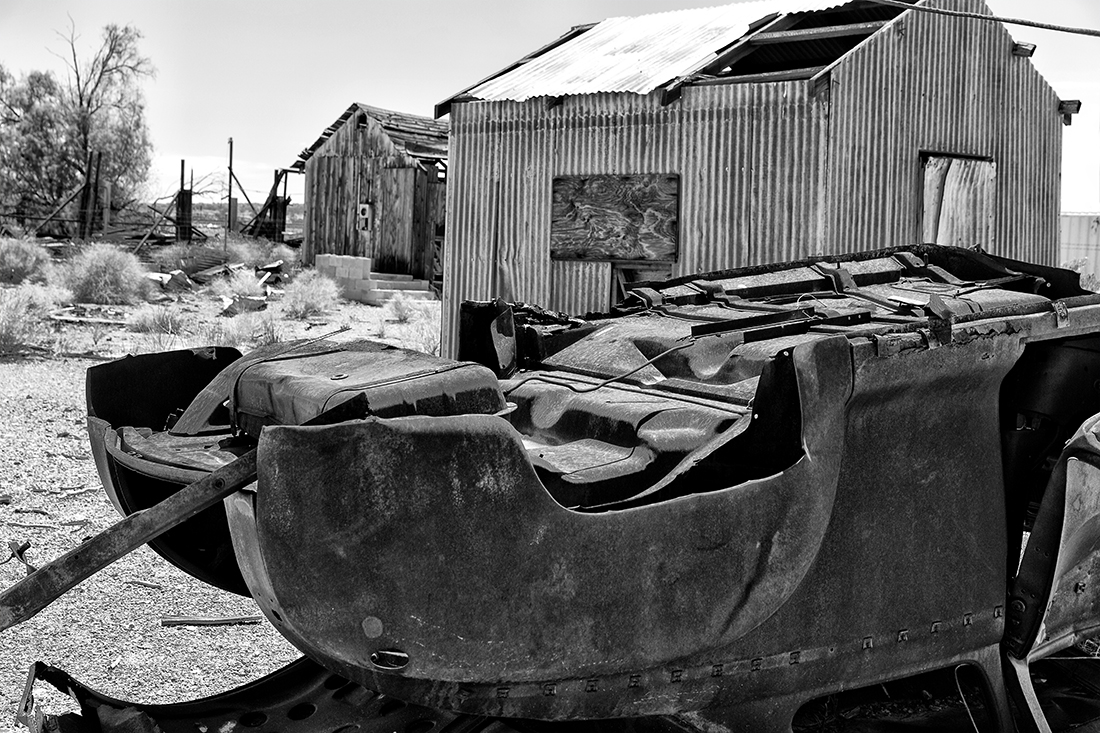 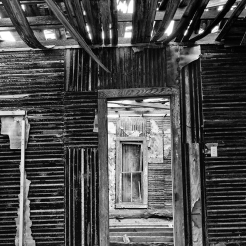 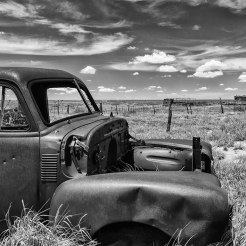 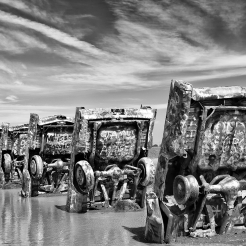 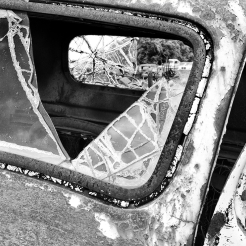 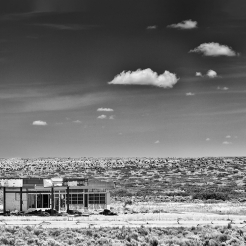 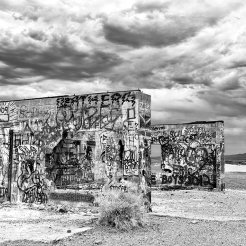 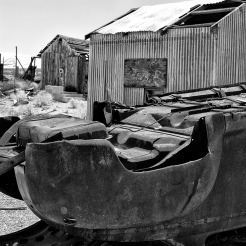 TITLE: Route 66 – Ruins from a Glorious Past

Driving on Route 66 is like boarding a time machine. It is a trip to the past. It is an imagination exercise, trying to recreate in your mind the moments of glory of that ruin in front of you. Most of the time that ruin is nothing but a brief glimpse of those times of glory.

For the American, Route 66 was the “Mother Road”, the national integration road for much of the 20th Century. The road that thousands of hopeless people took after the Great Depression of the 1930s, described by Steinbeck in the famous bestseller “The Grapes of Wrath”.

It also represents the glory of the Post-War period, with the kitschy decor and architecture of the 50s, being used by families on holidays, driving their shiny Buicks, Pontiacs, Studebakers and “fishtail” Cadillacs. It is the memory of a past that was discarded by the need to create an infrastructure that would drive progress: the modern Interstates highways.

And that narrow, poorly paved road that passed through hundreds of small towns, where the traveler stopped for gas, eat at a cafeteria, spent the night at a motel, fix a flat tire and buy a heap of tacky souvenirs ... gave way to a modern road that quickly linked origin and destination, regardless of the millions of people who lived on the old Route 66.

For those small towns and people who live there, progress and wealth go at 75 miles per hour, pass often less than 500 meters from their doors.

For all who lived on Route 66 in its glorious times, progress has meant ruin, poverty, and inglorious struggle doomed to failure.