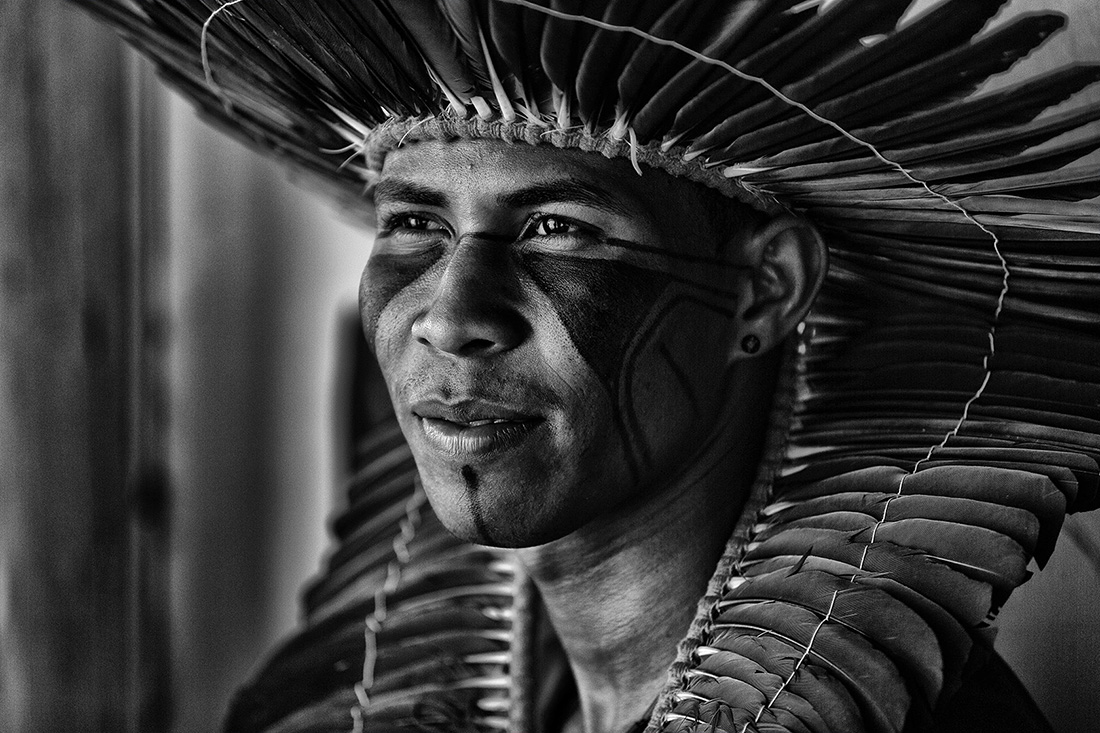 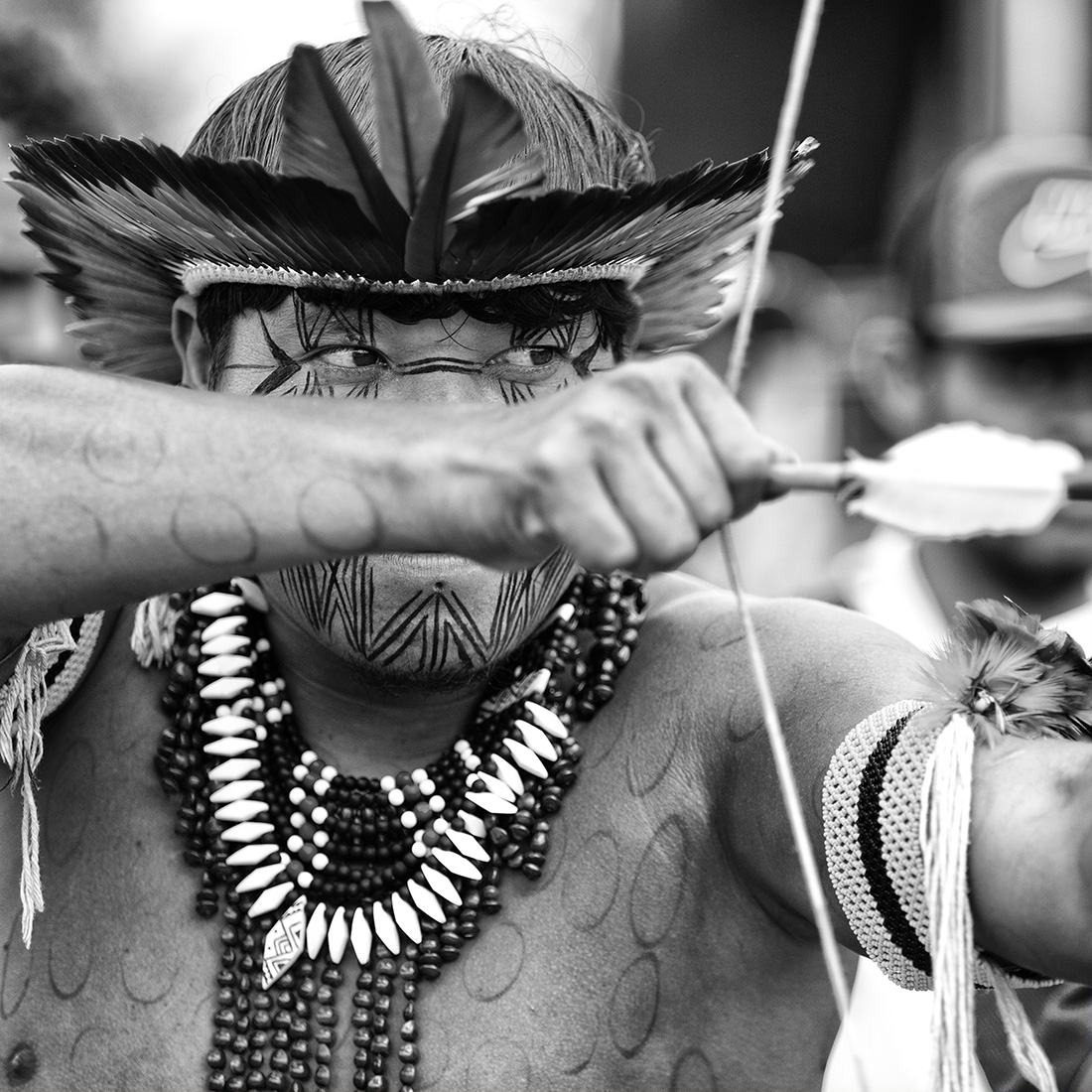 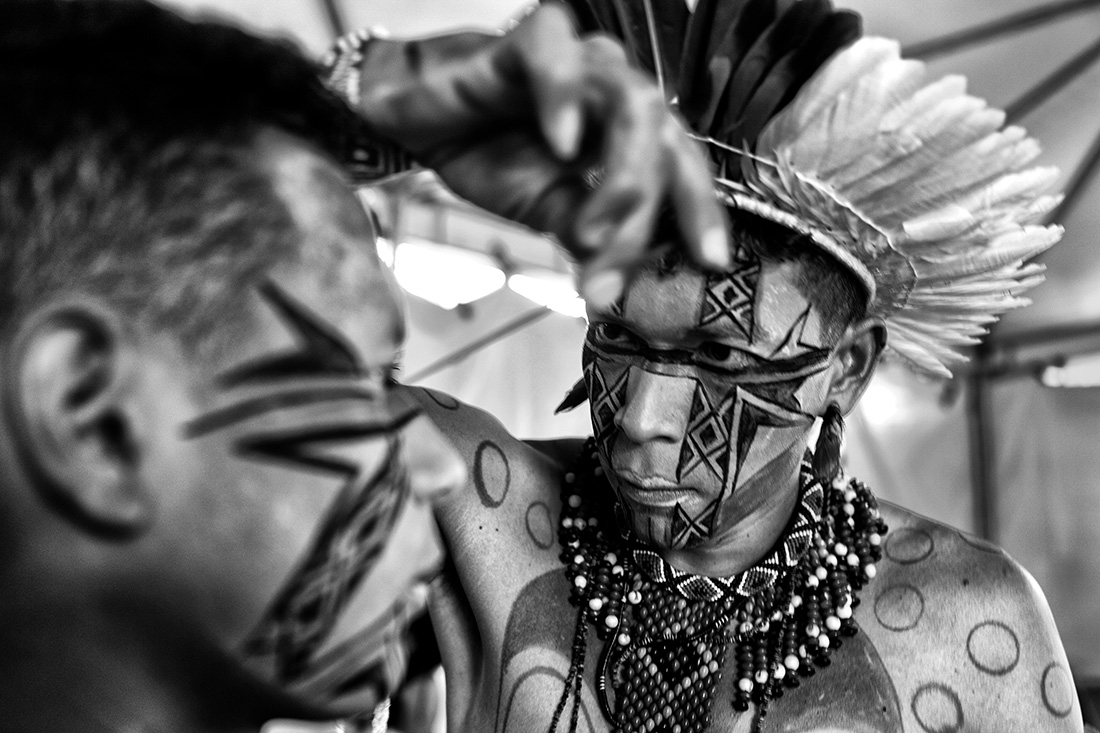 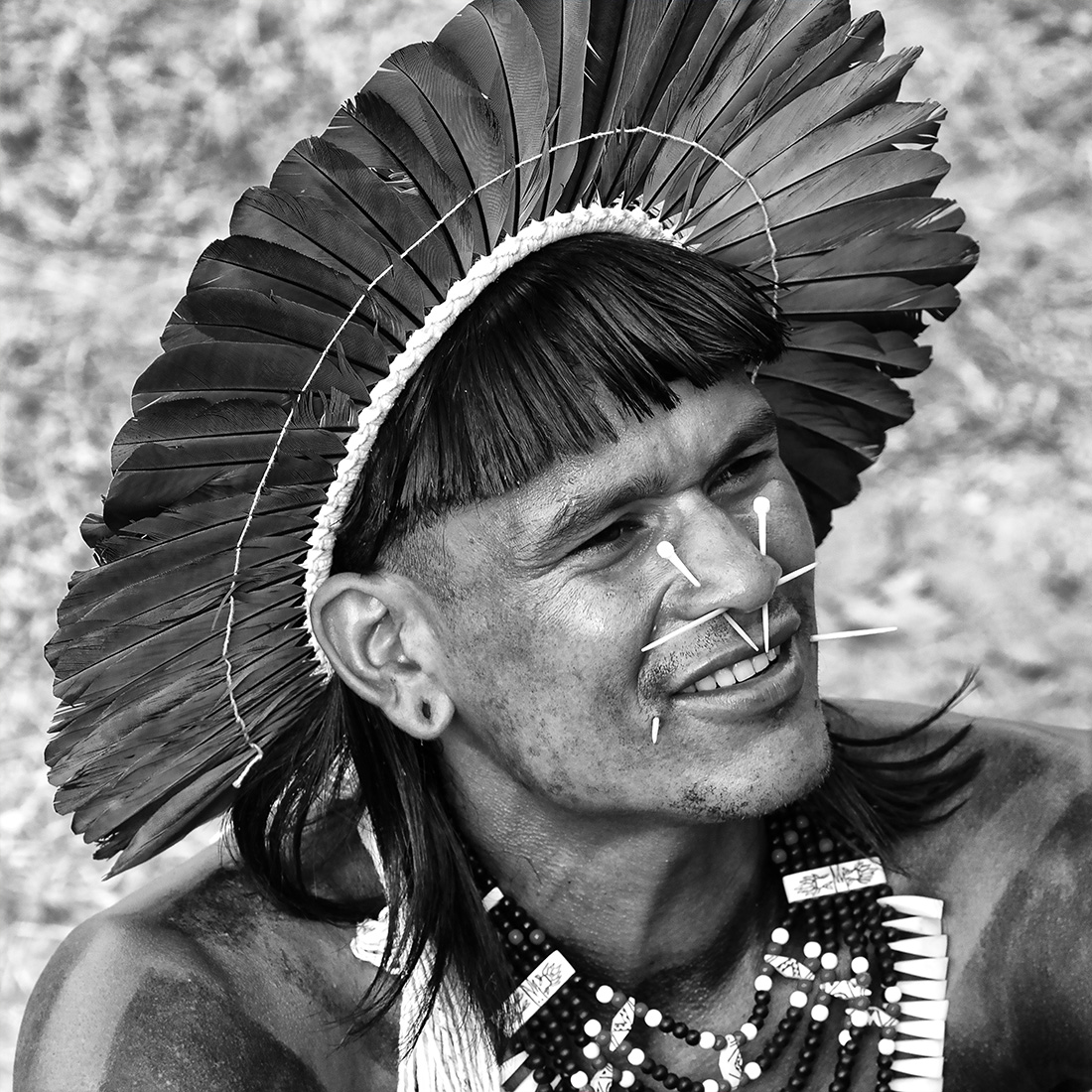 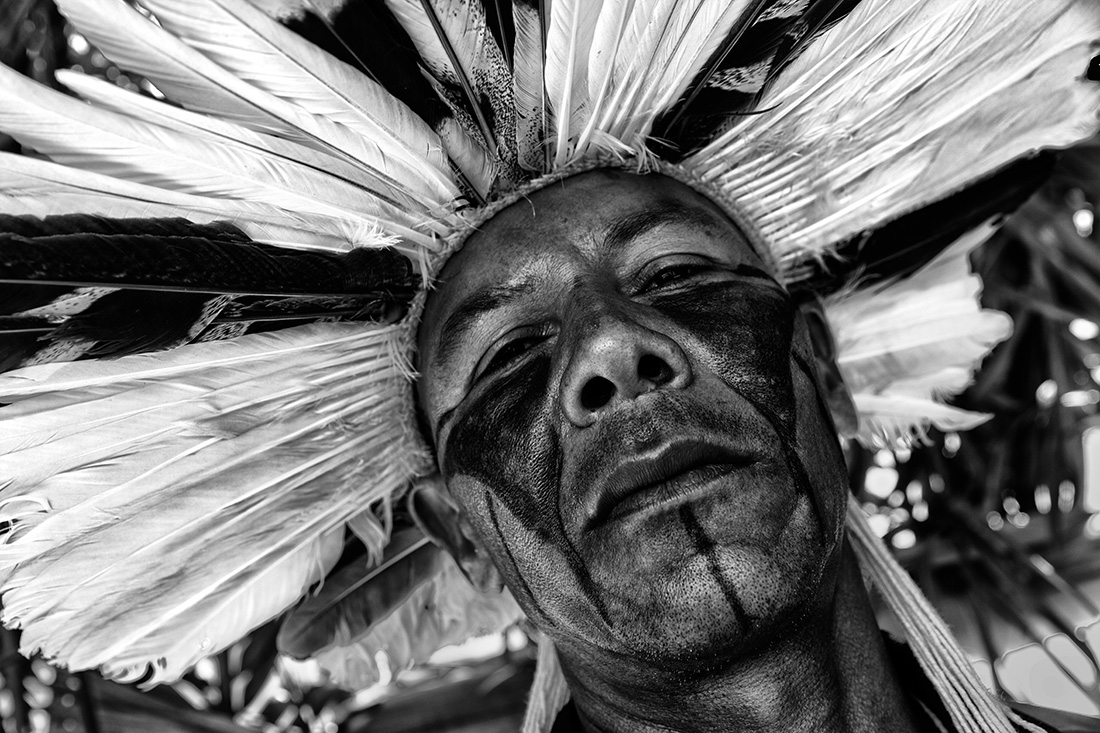 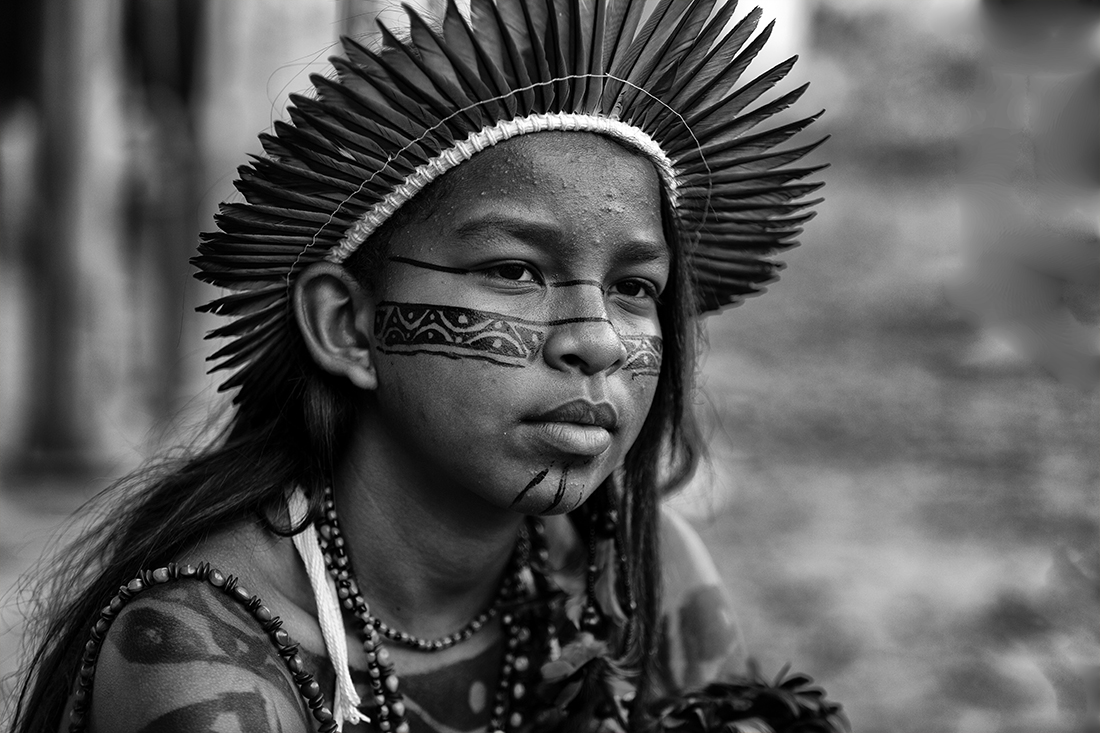 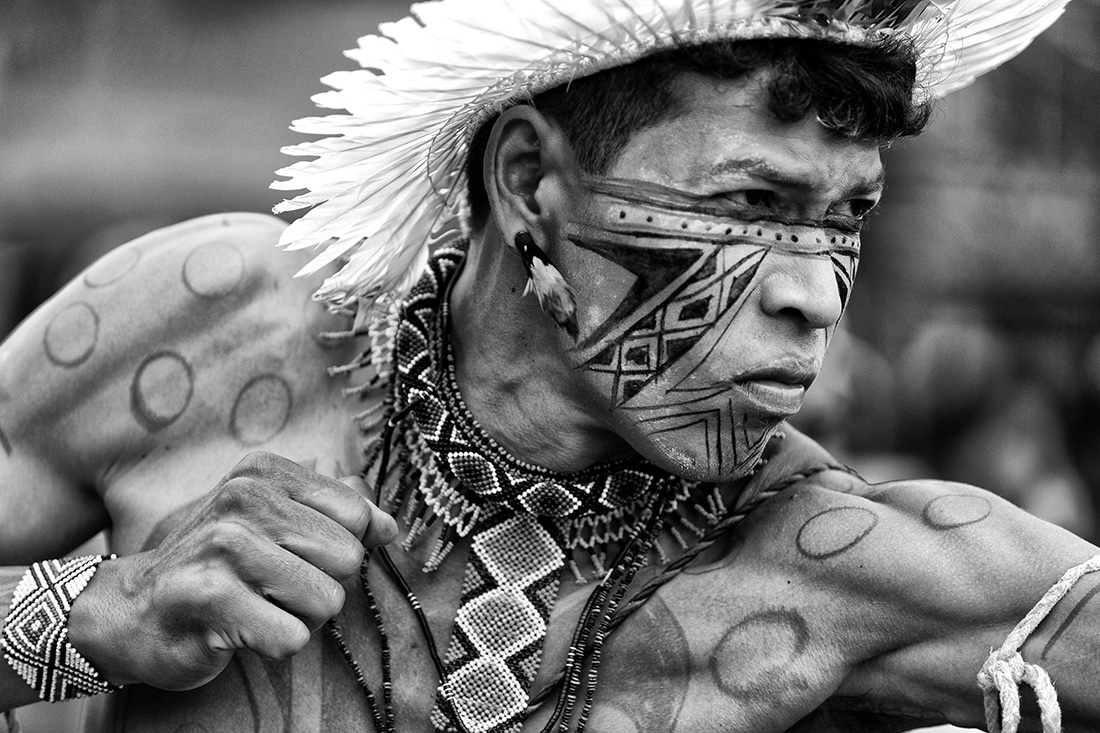 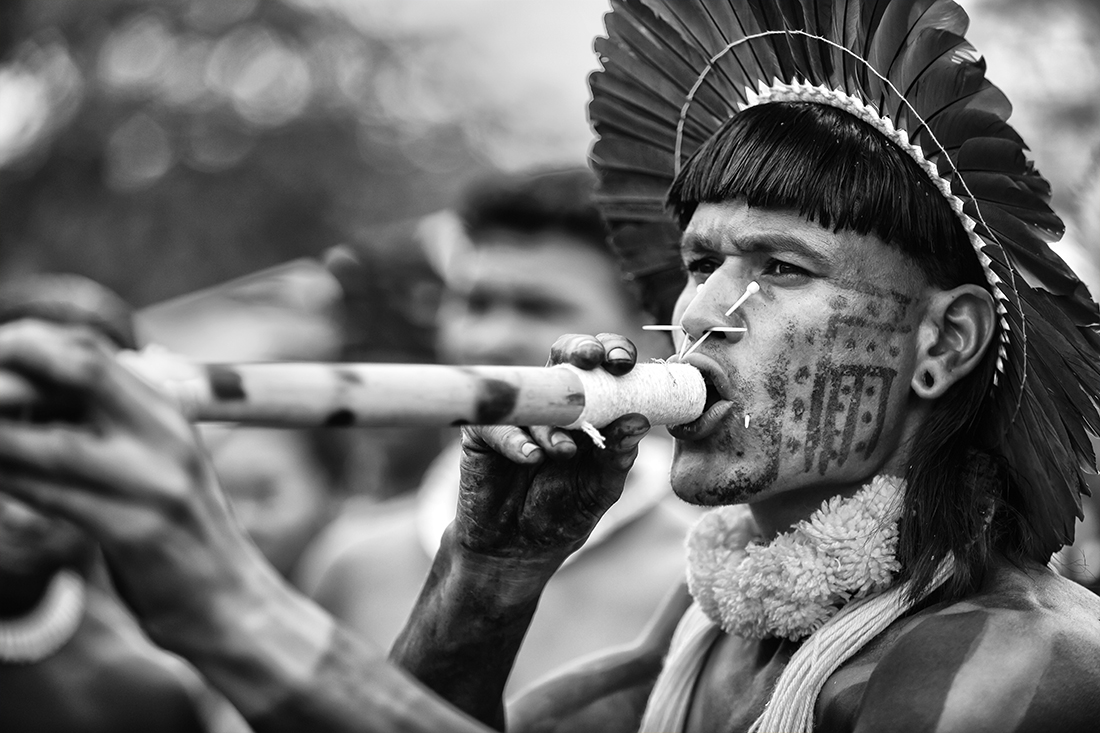 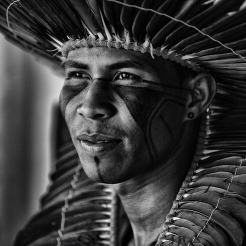 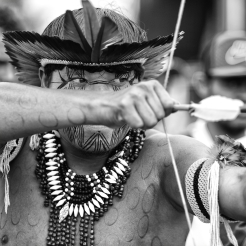 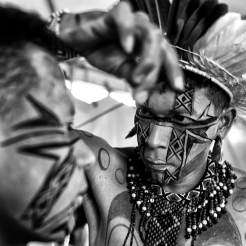 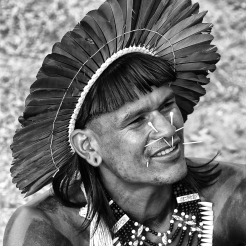 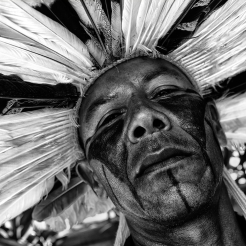 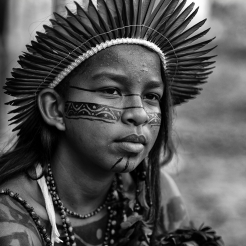 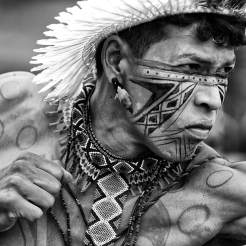 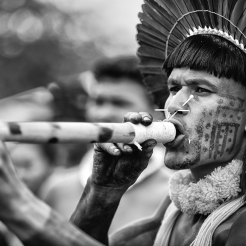 This work is a tribute to some of indigenous people that live in the State of Minas Gerais. A way to record in images brave and noble people. Cultures that are fading and that may be lost forever.

Since the 16th Century the indigenous people of Brazil have survived the intense contact with the Portuguese settlers and later with cattle ranchers and prospectors.

Originally hunter-gatherer groups, they saw their original productive system become inoperative with the settlement of livestock farms in their territory.

With a long history of Native-White relations, most indigenous people are now considered "acculturated natives". All of them speak Portuguese, but just a few speak their original languages, that are really endangered. Along the years the they adopted the Catholic religion as dominant, but there is still a strong syncretism with their original beliefs.

Against all the odds the Xacriaba, the Xucuru-Cariri, the Pataxo, and other native people are still struggling for a better future. Like the Cerrado the Brazilian savanna biome that surrounds their territory, their strong and deep roots make this noble indigenous people resilient to all these problems. For how long? Nobody knows!

All pictures were made in the Xacriaba Indian Reservation, Sao Joao das Missoes, Minas Gerais, Brazil, during the 7th Indian Games of Minas Gerais in late 2018.