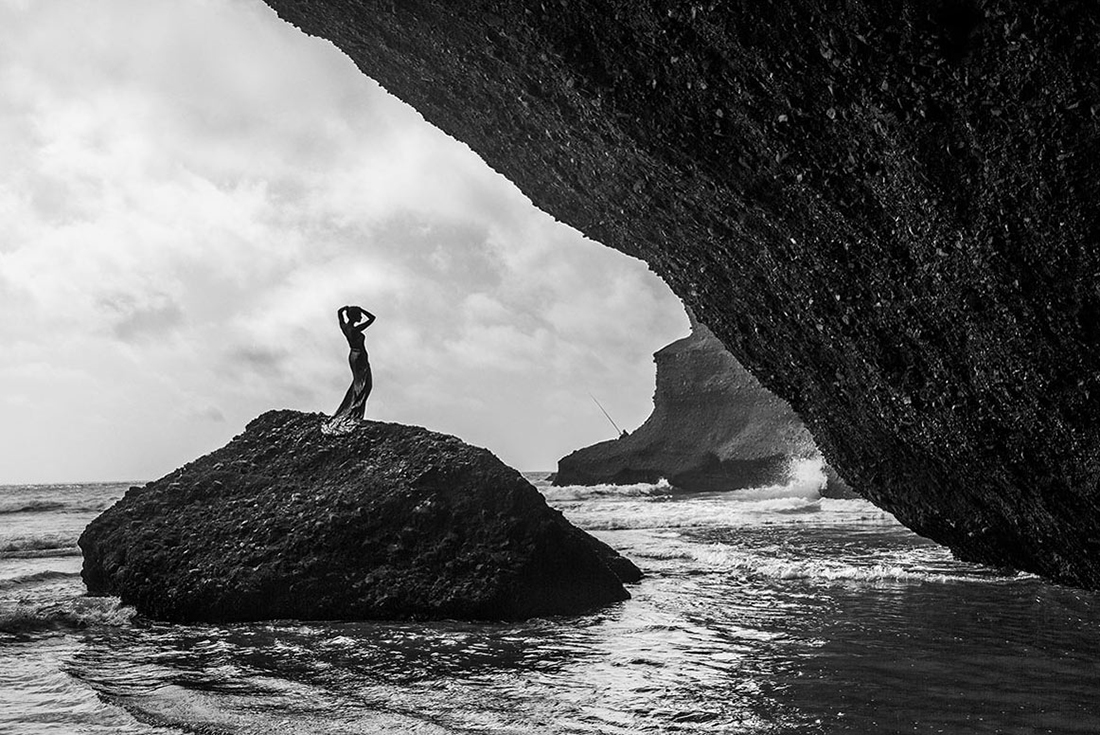 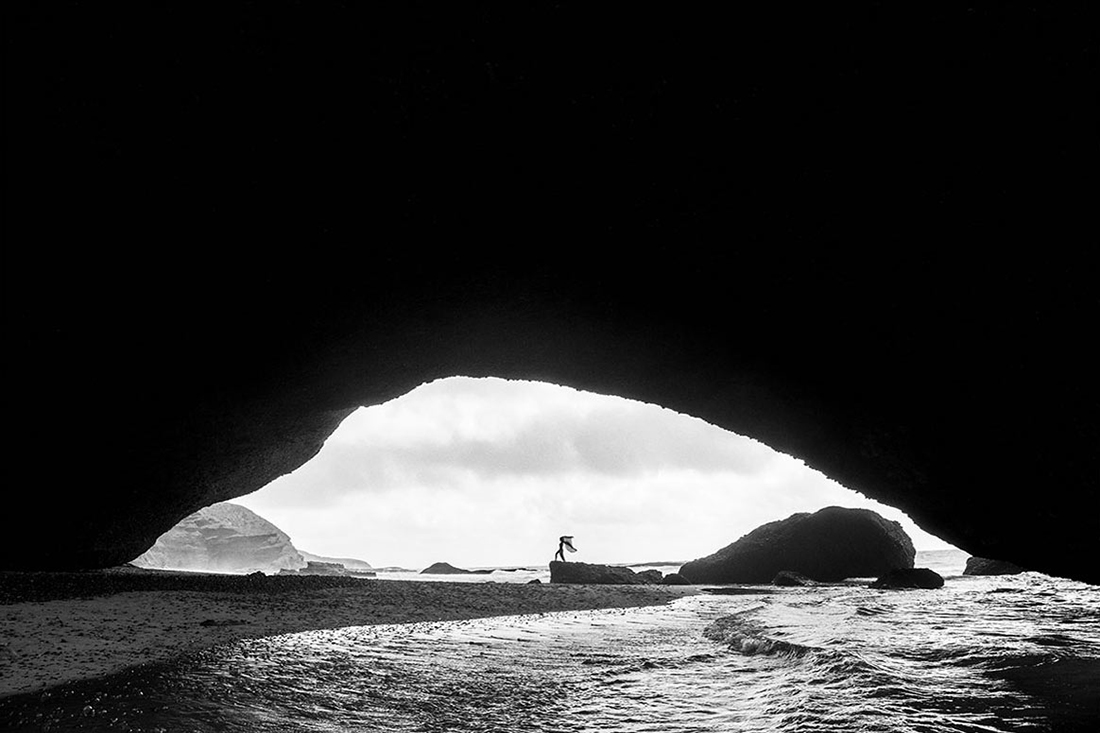 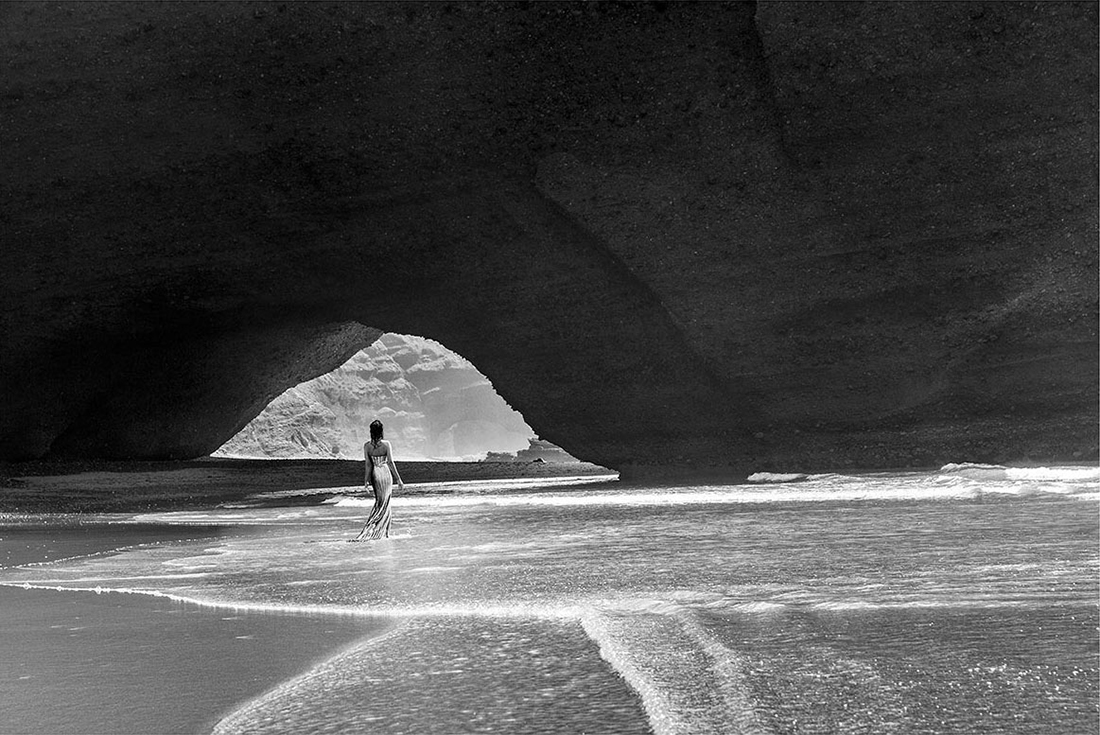 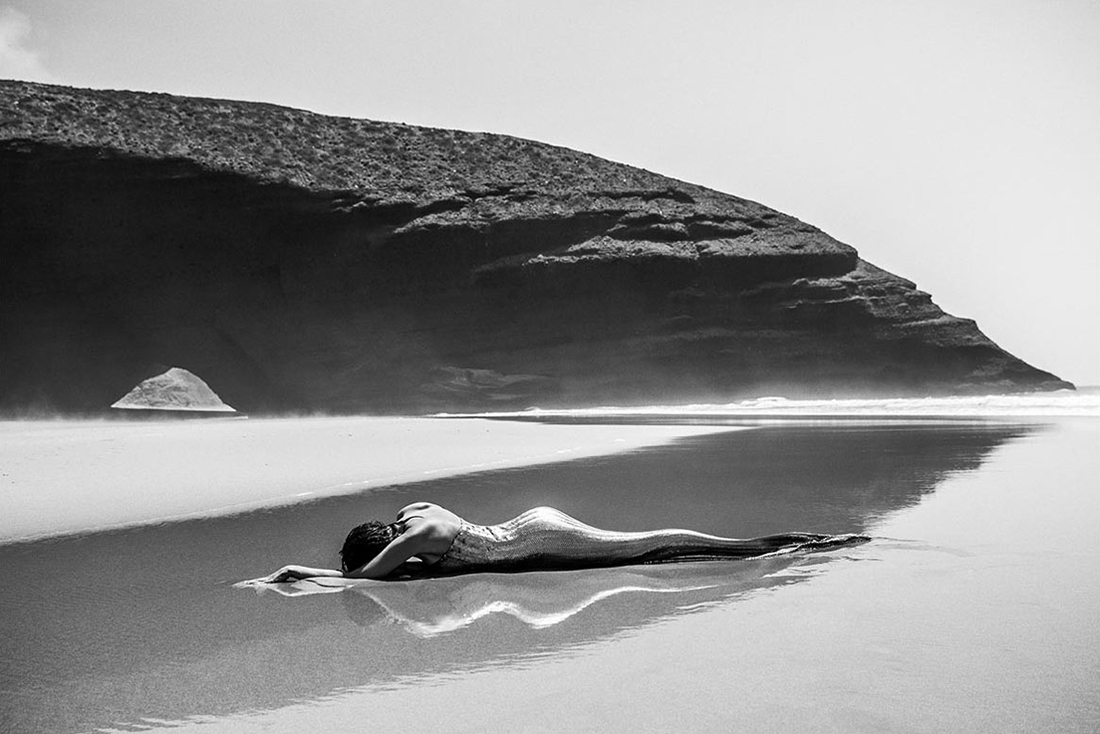 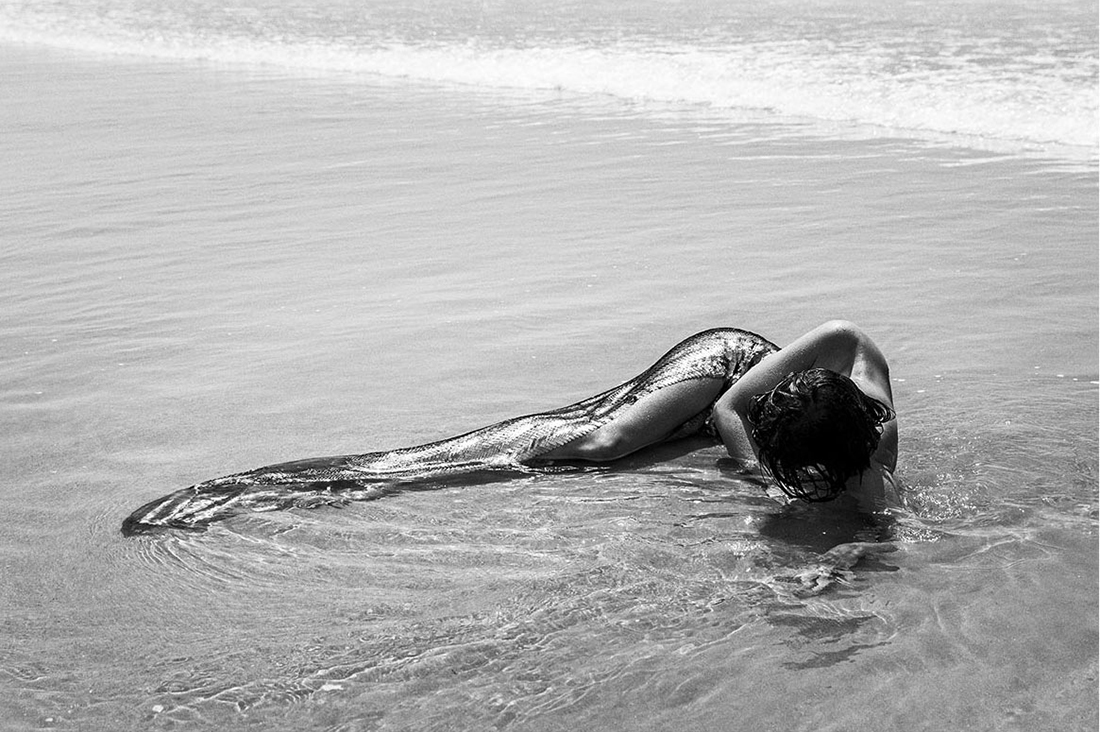 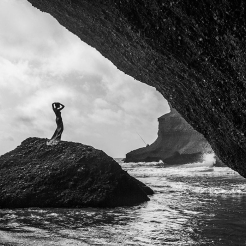 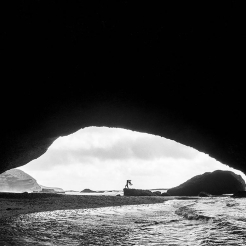 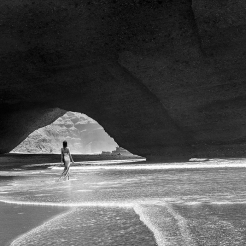 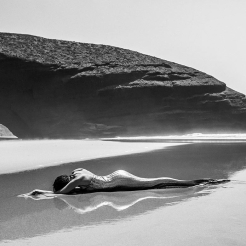 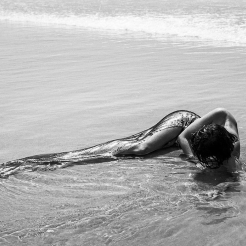 „Sirens” is a series that presents photographs from my trip to Morocco. These images have been created on a distant, majestic beach at the shores of the Atlantic Ocean. Inspired by the unique architecture of Legzira wonder of nature and its stunning stone arches formed by the ocean, I composed Ana’s silhouette into a fairytale-like landscape to tell my own story about a Siren. I was lucky to carry out this project before one of the massive arches collapsed vanishing forever as a result of natural erosion, which makes these images a true testimony of nature's uniqueness, beauty and fragility.