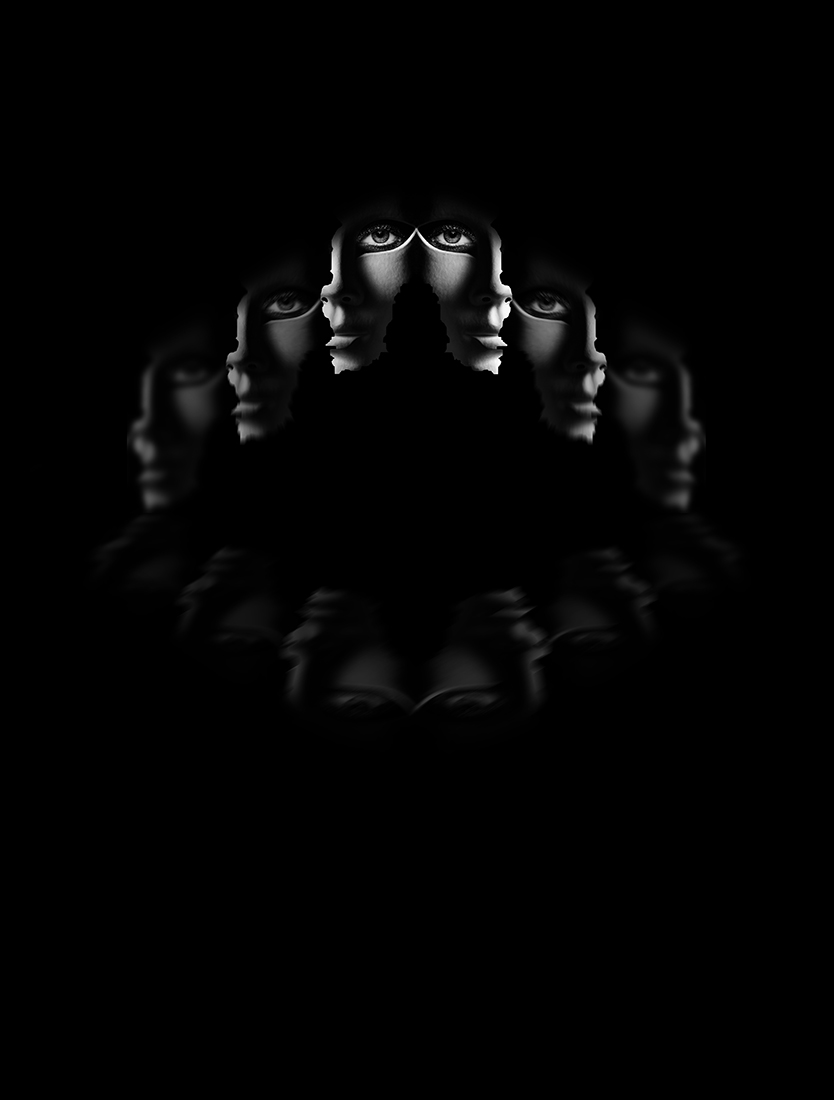 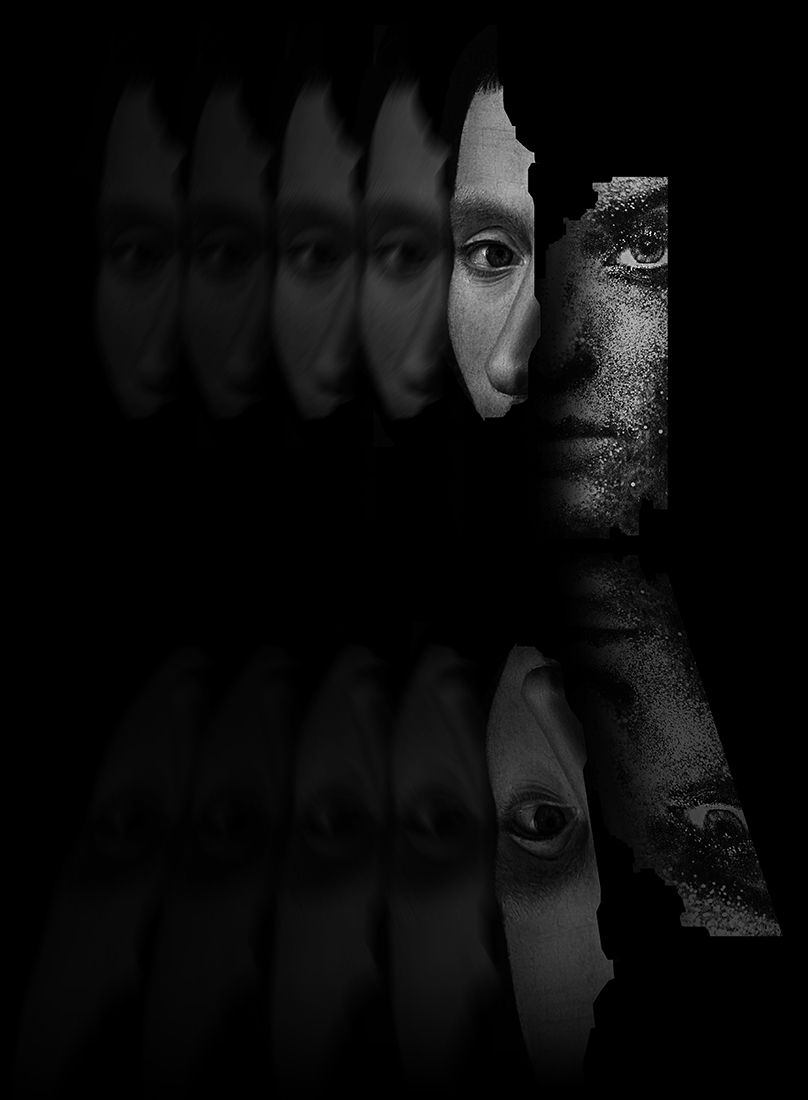 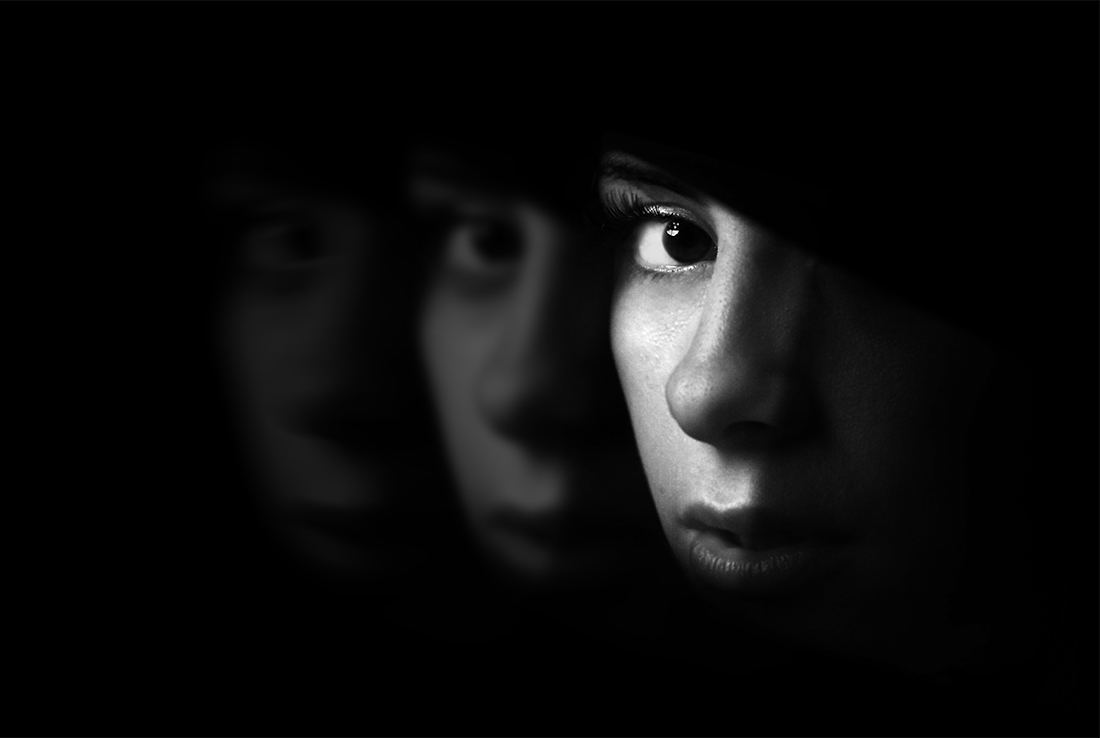 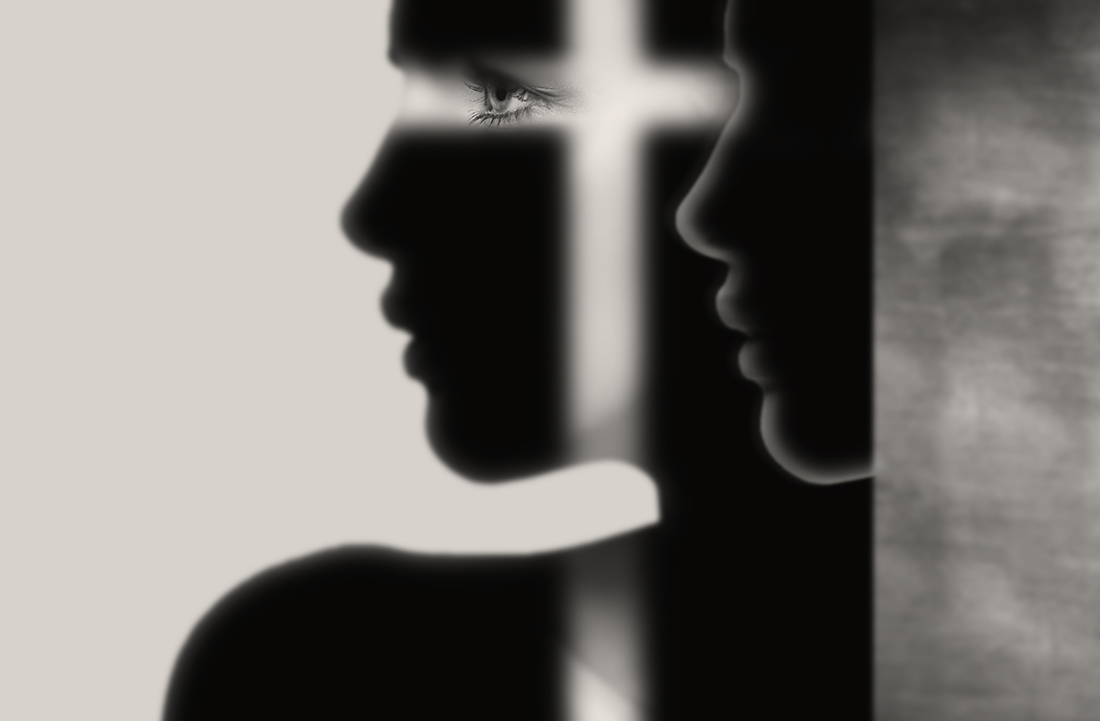 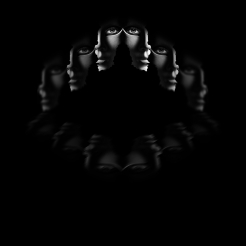 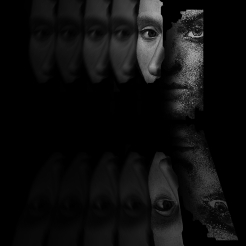 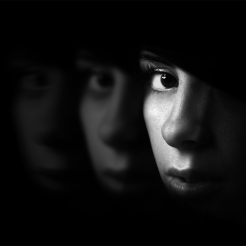 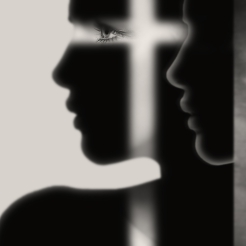 A series that explores the fragmentary nature of split personalities, and the need to mask one's true identity from the world. Hidden personality traits and personas are paramount this "Film Noir" influenced series of monochromatic images. I have used studio portraits as the primary basis of these artworks, manipulating and forging these fragmented identities of the self - with my usual dose of Film Noir esque aesthetics. Mystery, subterfuge, hidden darkness, Femme Fatales, and ambiguous criminological narratives converge here to leave the discerning viewer with a plot that has to be carefully dissected and deconstructed through these masked or duplicated protagonists.

The English artist Jack Savage creates photographic conceptual art from his studio in Northampton England. Here he produces a unique brand of artworks using the varying mediums of studio portraiture, landscapes, street photography, mixed media photographic art, and digital psychedelic creations from what he labels "His Unconscious Soul". Savage's multi-faceted works have gained international recognition and acclaim - resulting in several prestigious international prizes, including most notably The Pangea Prize from Siena Photo Awards, Gold from the Shatto Gallery - Los Angeles, Photographer of the Year from The Spider Awards - Beverly Hills California, and Gold from Tokyo Foto Awards in consecutive years. Over the last few years, he has exhibited his artworks internationally, in countries such as Italy, France, Greece, Hungary, Germany, USA and throughout the UK. Jack is currently represented by The Zari Gallery, London, UK, The Blackline Gallery, San Francisco, USA, and ThePassePartout Gallery, Milan, Italy.
Share
Support this photographer - share this work on Facebook.
< BACK TO GALLERY