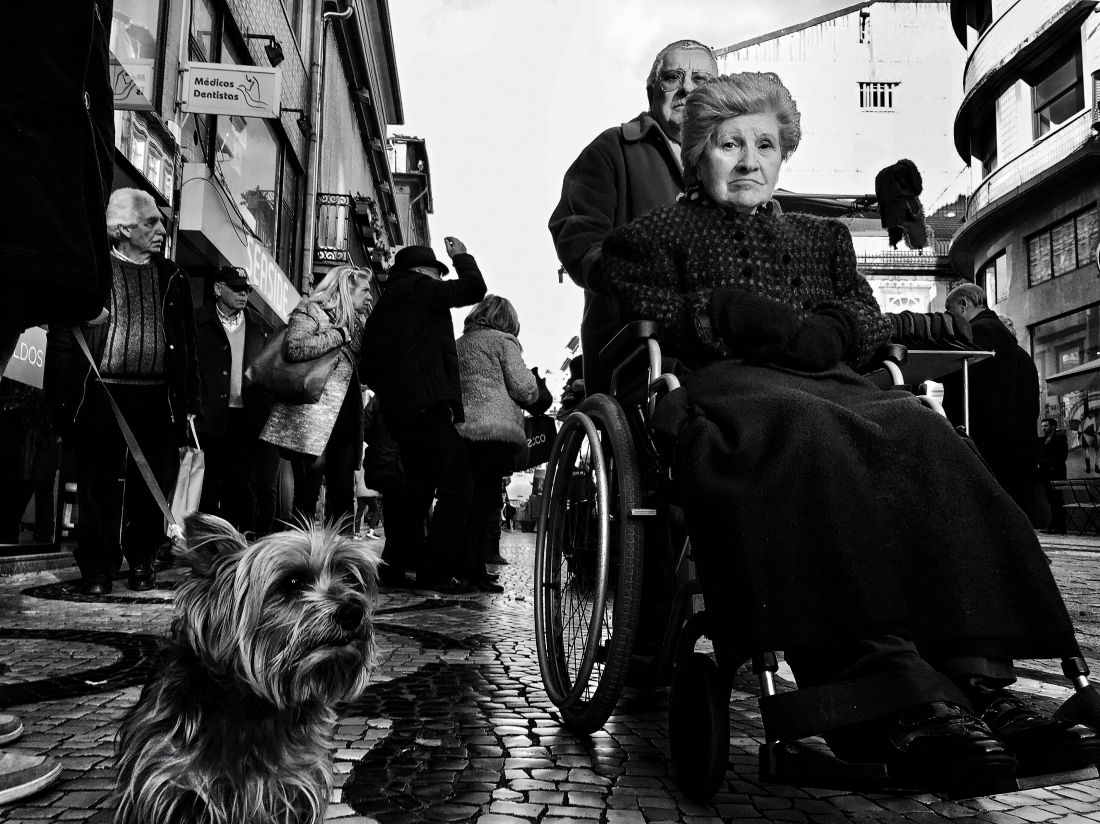 Rui Pina aka Expeão (Porto, 1978) is a Producer, Composer and one of the greatest musical motivators in northern Portugal. A talented musician, writer, activist and one of the oldest rappers in Portugal, Rui assumes since 1996 the role of singer of the hip hop cult band, Dealema. In 2016, he began his journey in photography with an analog photo camera and an iphone. Rui photographs instinctively, and by impulse, capturing in crude images the reality of Porto streets, a reality that he considers unadorned and without scenarios. Rui photographs closely and interacts intimately with the subjects of his photographs to know their stories and to be able to share it. It is in the street, and in this interaction with the people he meets, that Rui finds his own voice and his identity as a photographer. He likes to expose life as it is, beautiful and terrible, and to bring to the light marginalized and often "invisible" people, an approach deeply tied up to his past and to the poor neighborhood where they grew up. Relying in the very close relationship he has with Porto, Rui also likes to include the city's architecture in his images and to document Porto´s most classic and odd personalities. Although he started shooting just about two years ago, Rui Pina has more than 6,400 followers in his Instagram account (@gothic_porto). He is currently one of the leading names in street photography in Portugal, the founder of the largest Portuguese collective of street photography, "Portuguese Street Collective" (@streetphotography_pt).
His work has already been awarded at an international level, and the winner of contests such as: - C / O-Berlin "William Klein Assignment" (Germany) Mira mobile prize 2017 (Portugal) C / O-Berlin "Joel Meyerowitz assignment "(Germany) In April 2018, he presented his first exhibition" Efémeros Instantes ", a joint retrospective, at Espaço Mira (Porto). Between July and October 2018 he presents his individual exhibition “Portugueezers”, invited by ethiCollective, at the pop gallery P.Art.S., at the GV Palace, in Lisbon
Share
Support this photographer - share this work on Facebook.
< BACK TO GALLERY