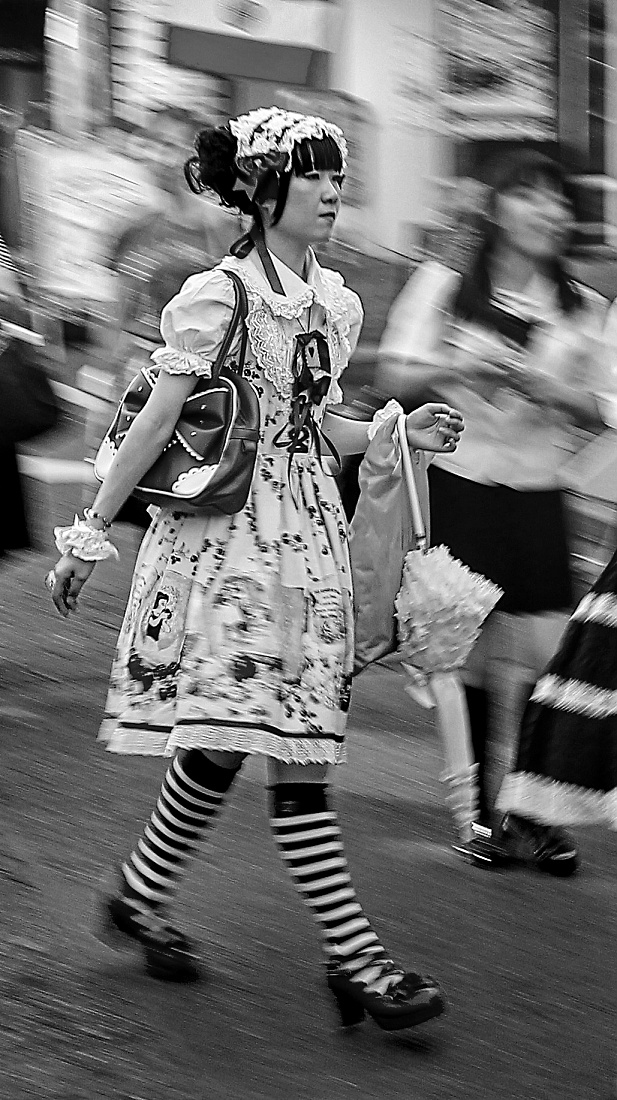 Takeshita street in Tokyo is the meeting point of fans of specific Japanese youth fashion.