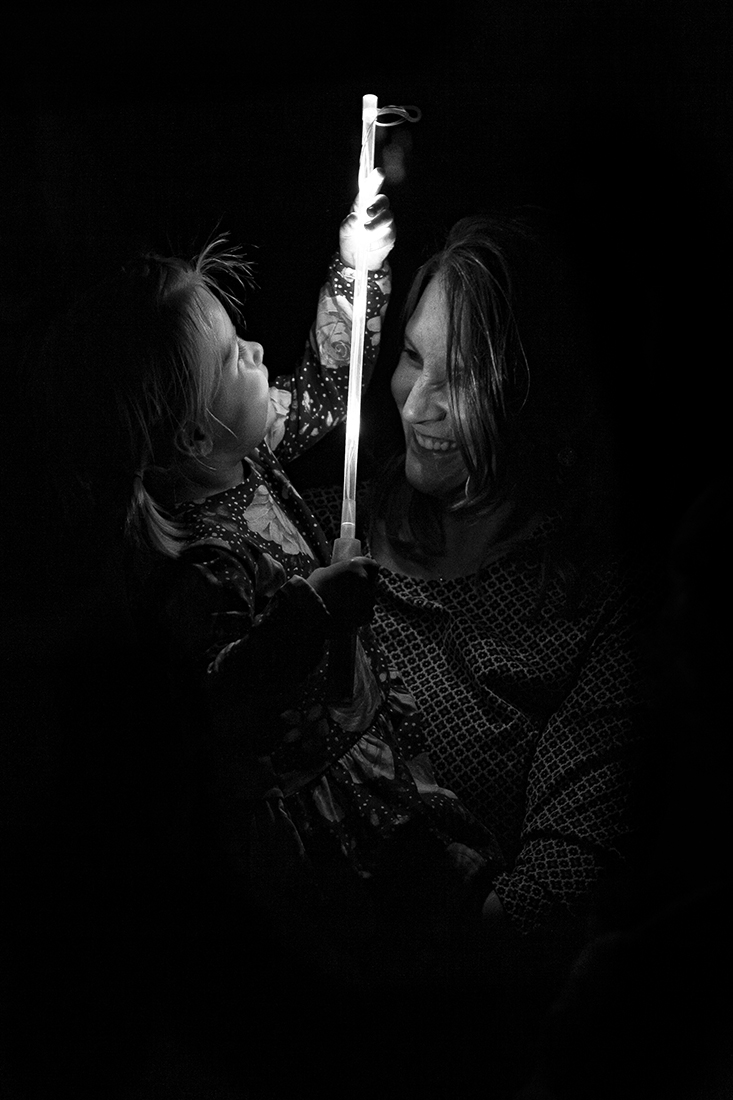 The love between mother and daughter, captured on a wedding party. It was dark, and I saw it might become an interesting picture without flash. The girl holds a kind of light stick in her hand, which illuminates both people just enough to create a very intimate sphere.