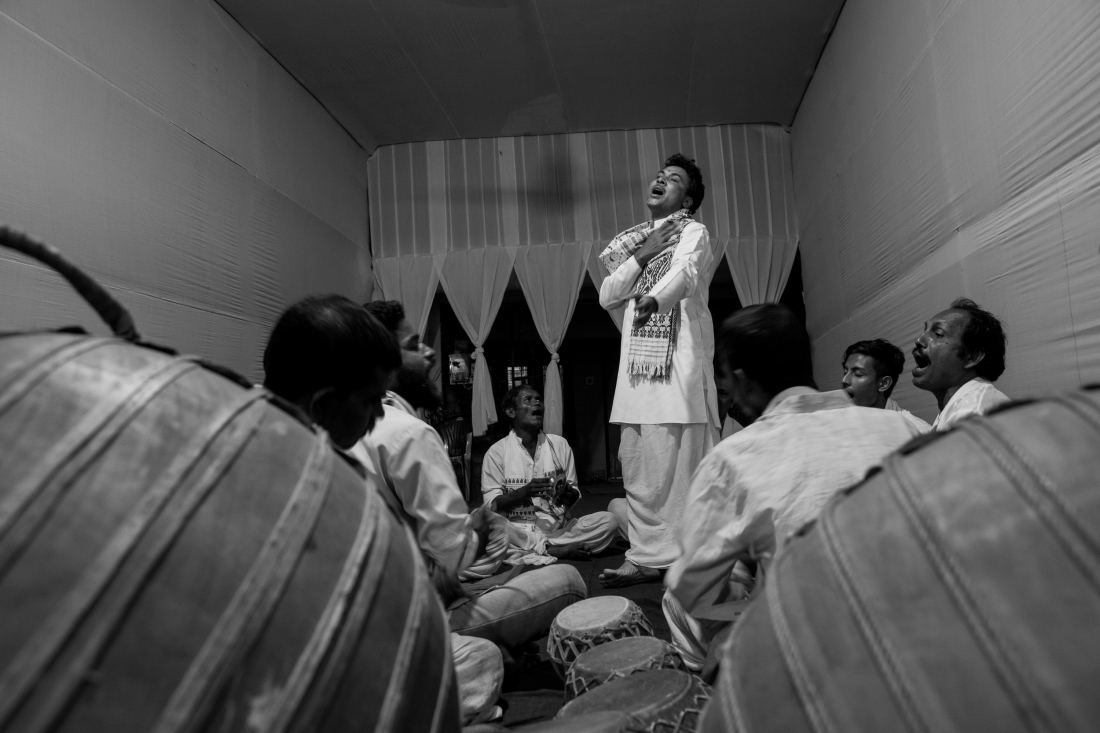 The Nagara (drum) Nam (prayer) began with a solemn chant. Followed immediately by a bout of thunderous drumming. For two hours, the rhythmic clash of the cymbals and the sonorous beat of the drums drowned out the noise in our heads and stilled the restlessness of our hearts. In between, the sutradhar (narrator) recounted with deft movements, tales from mythological epics. His voice chortled with mischief, quivered with anger, collapsed with grief. The troupe punctuated the tales with joyful singing, exclamations, questions, and at times, even mock derision.
The soulful singing permeated through every being. The drumming was a blur. The cymbals became extensions of their wrists. For close to two hours, the motley group of students, clerks, lecturers, salesmen, shopkeepers, showed that in an age of 5-second attention spans, it is possible to keep an audience mesmerised by sheer passion. (Nagara Naam is an integral and popular part of folk art culture in Assam, India. Despite uncertain financial incentives, dedicated artists are helping this ancient art form flourish in the modern era too.)