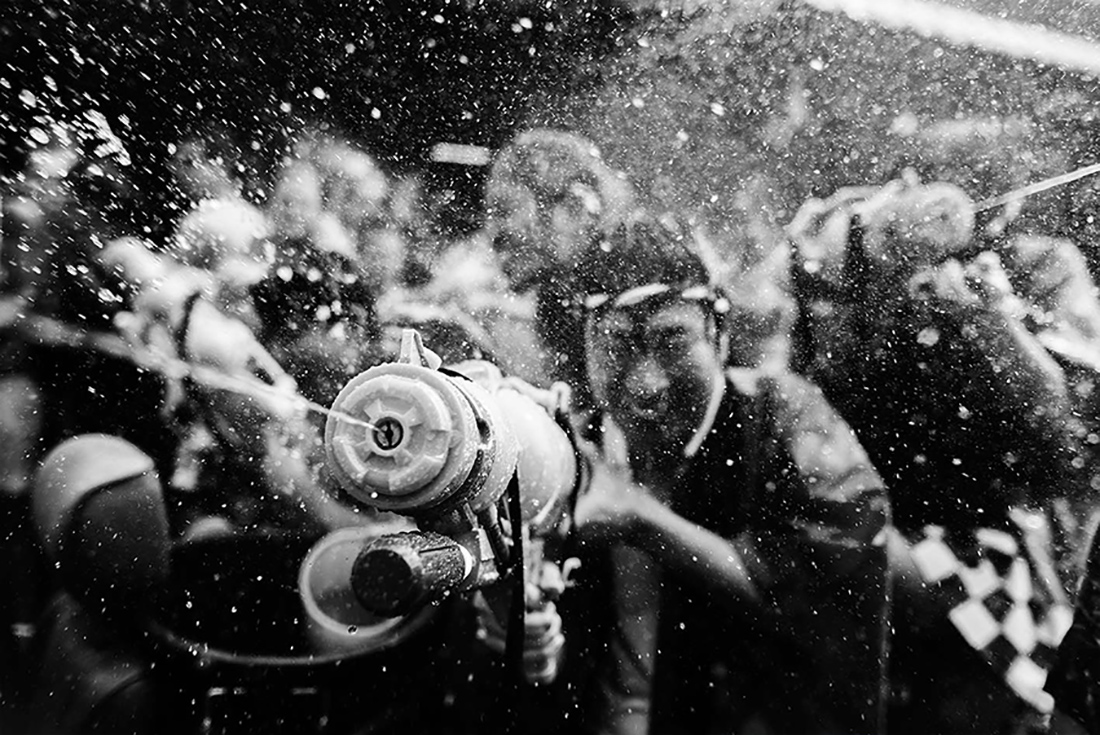 The great annual water festival, goes by many names in Southeast Asia, in Thailand it’s known as Songkran. It ushers in the start of rainy season in April, a time when after five excruciatingly dry months the sky finally opens and water pours on to the bone dry land. It’s celebrated nationwide with mass water fights and traditional Buddhist rituals. The Northern Thai city of Chiang Mai is widely known for where the water really gets flowing.

I took this photo from the perspective of a participant, instead of shooting a water pistol, I shot a camera wrapped in plastic.

Lord K2 is a visual artist from London based in Barcelona. In 2011 he seized trading stocks and ventured into the art world. After an initial stint exploring stencil graffiti in South America, Lord K2 shifted his focus to photography in order to pursue ethnographic visual story telling. His first project was to document the graffiti subculture in Santiago de Chile followed by the street art scene in Tokyo. Both projects were released in book form by Schiffer Publishing. He subsequently spent 5 years living in Asia in order to chronicle the Muay Thai and Sumo cultures. He gained a reputation for his raw and gritty immersive style of photography. Lord K2 is now experimenting with drones.
SHARE
Support this photographer - share this work on Facebook.
< BACK TO GALLERY