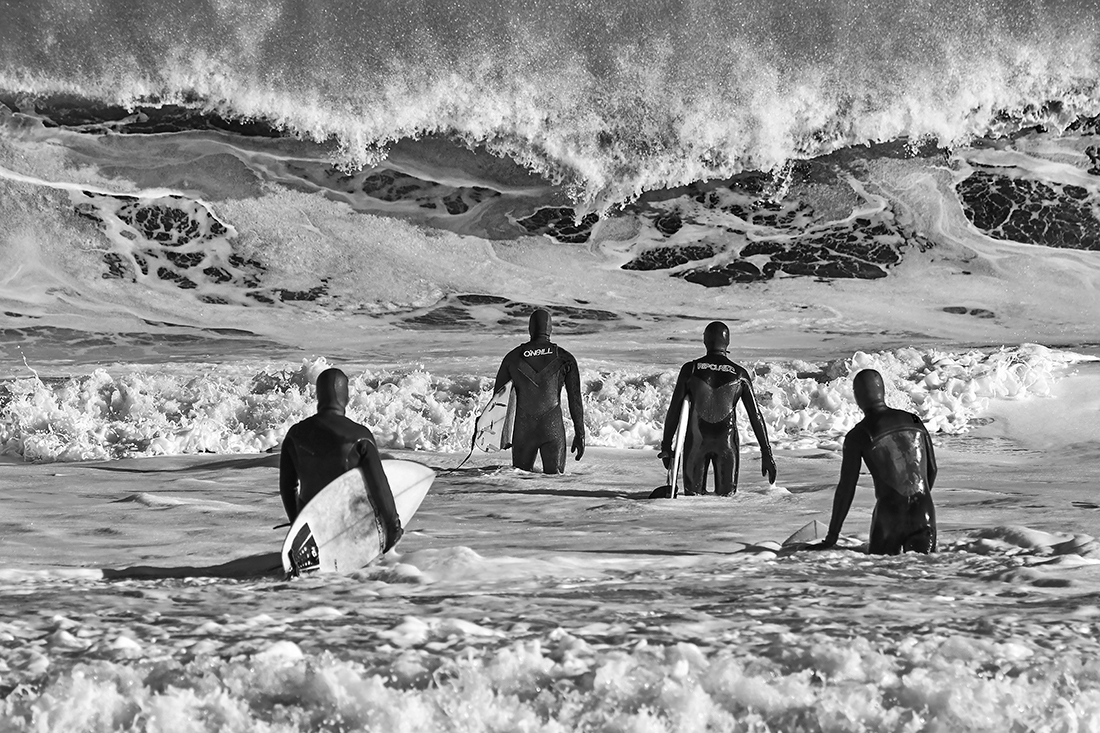 A big wave day in Ocean City NJ, and I was watching the surfers enter the water with their boards. Their bodies formed an unusual configuration as I watched a massive wave approach.