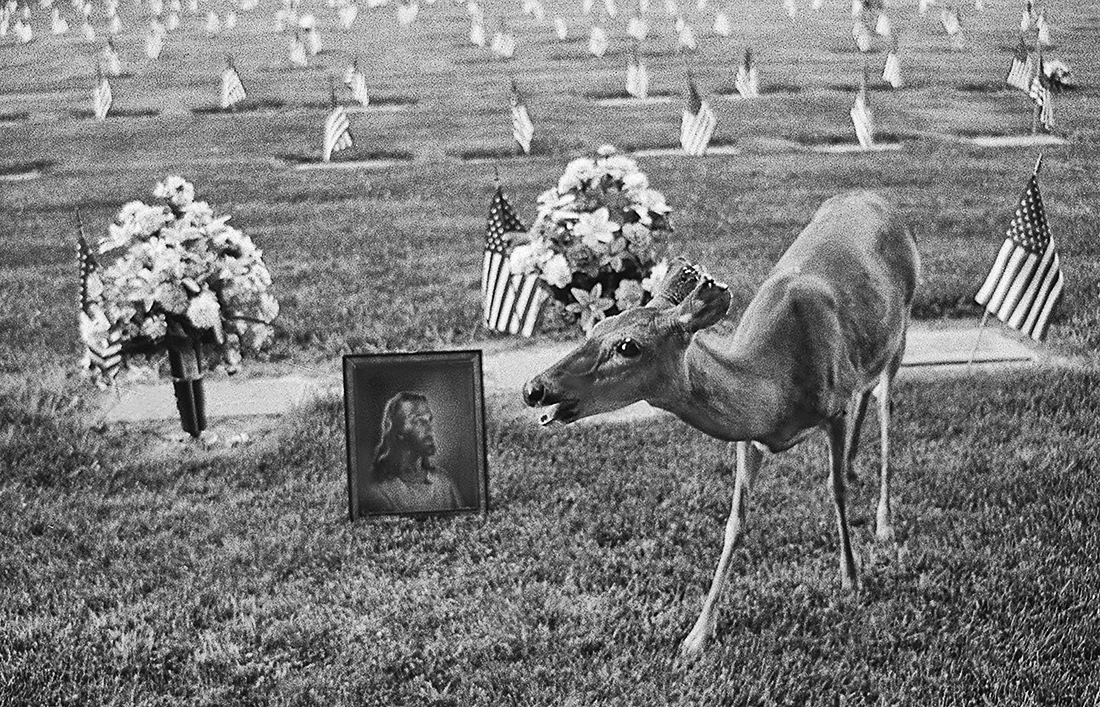 I was at the Atlantic County Park in NJ one day and someone had placed a picture of Jesus by one of the grave stones. I saw this deer apparently having a one way conversation with the Jesus picture.