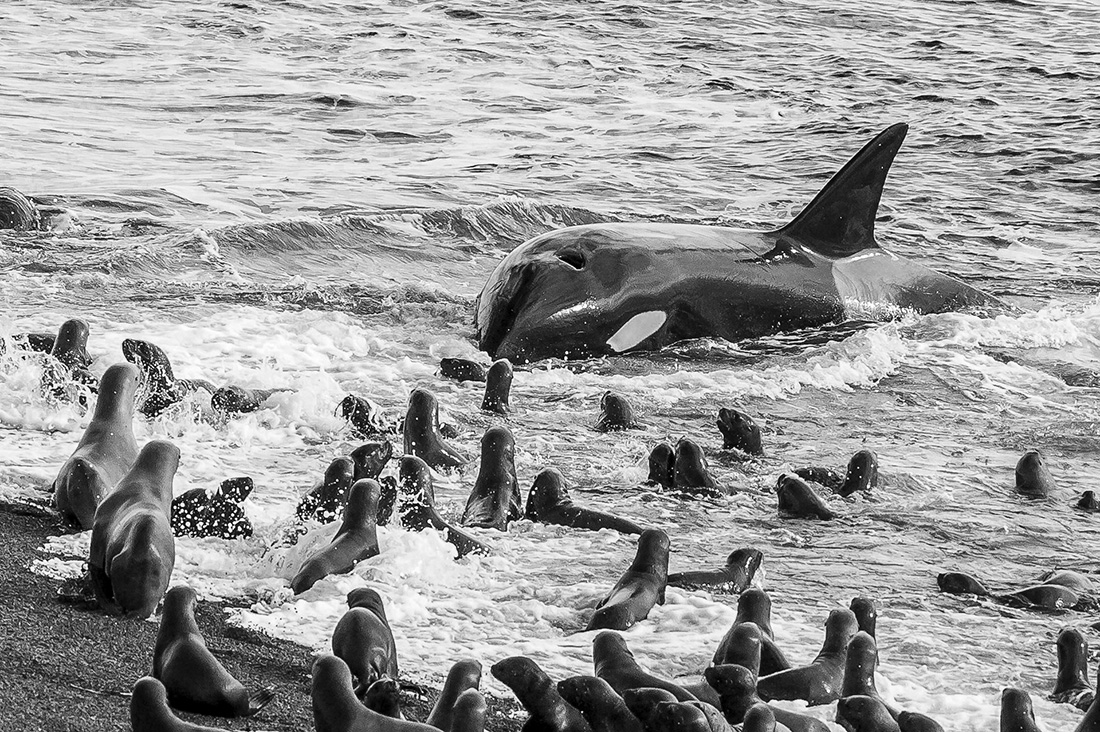 Killer Whale Attacking Sea Lion Colony,
A first row seat on beaches along Peninsula Valdes brings with it an adrenaline packed experience with Mother Nature unplugged. It is here in Patagonia along the Atlantic Ocean coastline where a pod of Orcas have learned the unique skill of intentionally stranding themselves on the beach to catch Sea Lion and Elephant Seal pups. This time it was a close call as one Killer Whale rams itself up onto the beach just missing catching a Sea Lion as they all scurry in every direction to escape