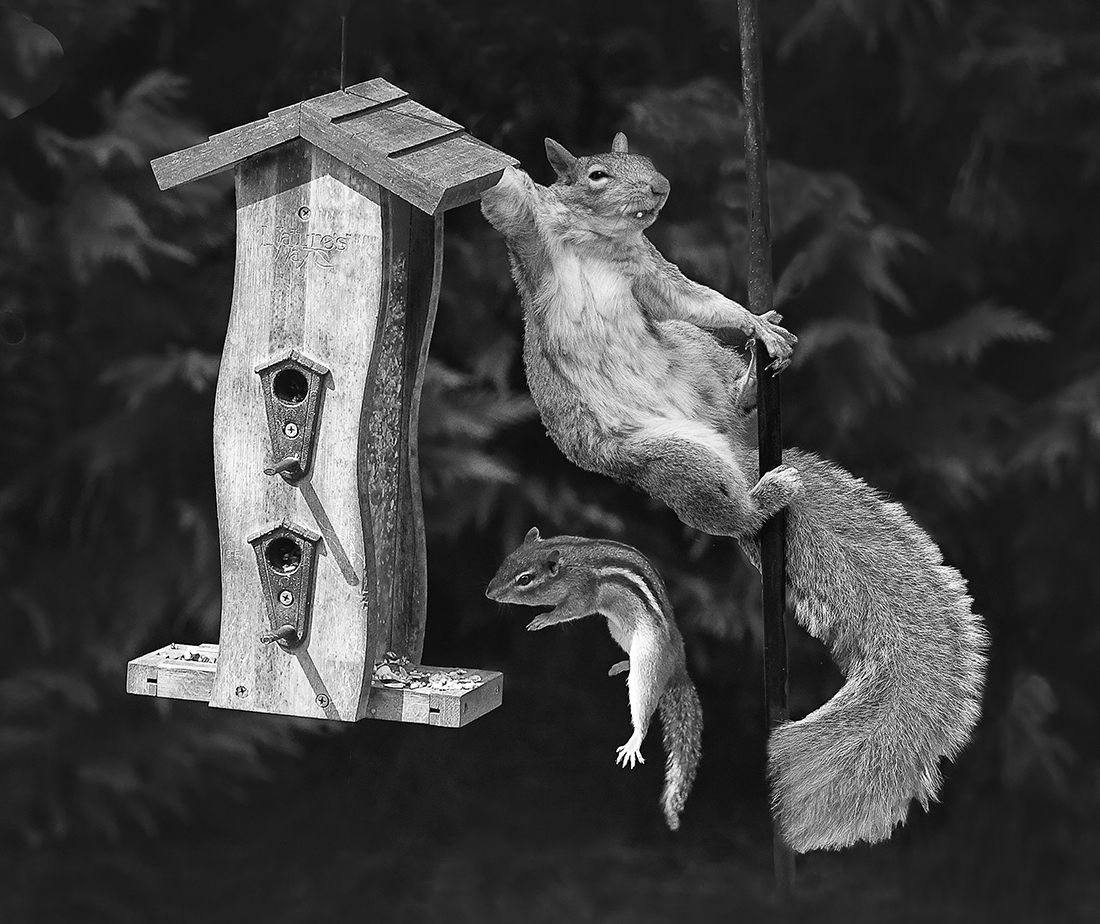 TITLE: "Buddy you forgot your parachute"

I had been watching the chipmunks and squirrels raiding the bird feeder. Here is a comedic interplay of them doing a dance together.