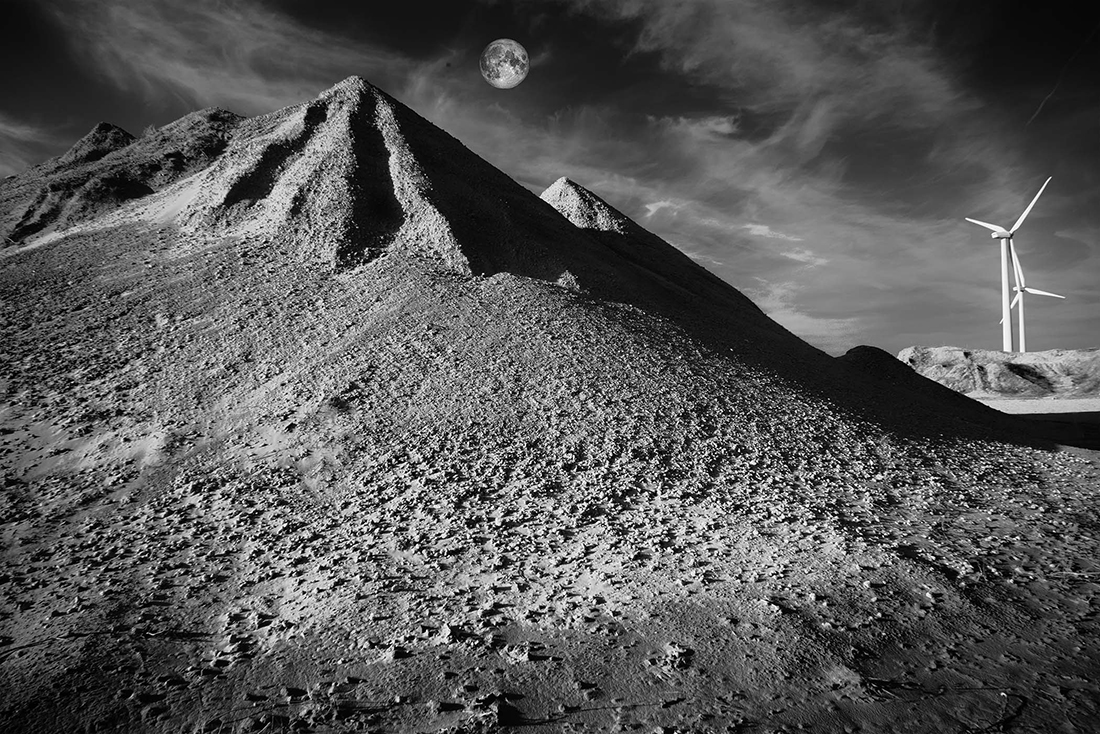 Just over the bridge going west out of Atlantic City NJ on Rt.30 there is a city dump site for dirt and construction debris. Because of this small mountain like structures are created. The city wind farm is adjacent to this. Using an infrared camera late one afternoon, I isolated one of the mountains, with the windmills at the base. The full moon was added for effect.