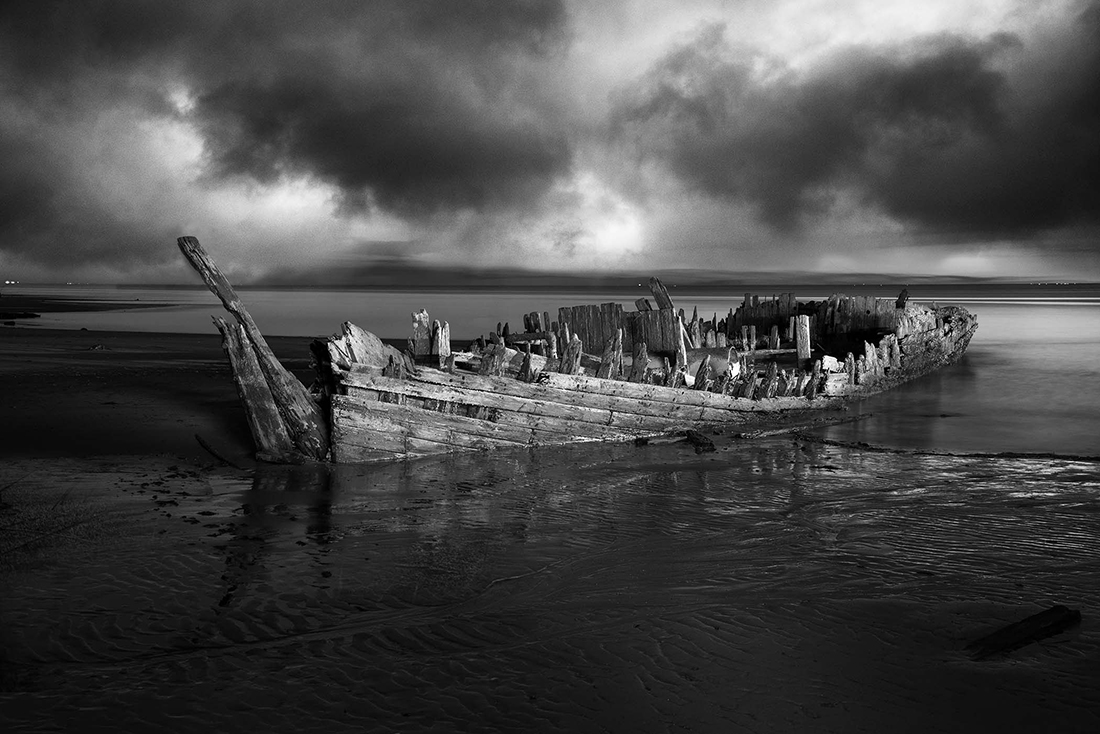 Along the beach there a 170 year old wooden ship wreck that lays in the surf, only visible at low tide. Here I used a long exposure after sunset and painted the boat with a light from a flashlight.