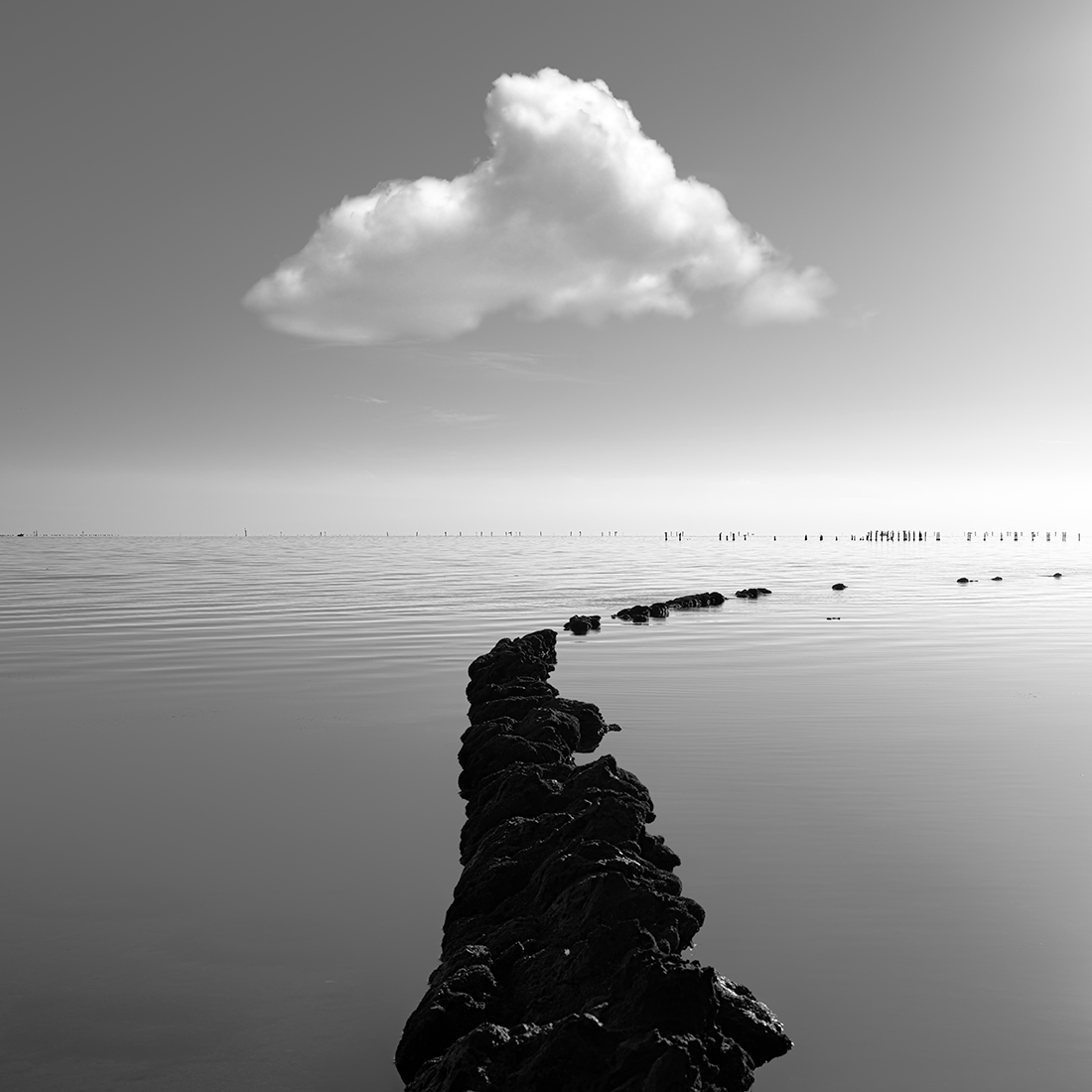 In December 1870 a report was published regarding the discovery of mineral springs on "Clifton", the property of Thomas Bates (Jnr). The medicinal value of the waters was submitted to rigid chemical examination, and summarised as containing magnesia, seltzer, sulphur, soda and iron. A pier was built, along with salt water and sulphur baths. Steamers ran excursions from nearby places, along with regular coach services. Other buildings, including a boiler house, mineral water bottling plant, kiosk, and manager's cottage were built in the vicinity.
Captured here are the remains of the former pier and the place that was known as "The Dell".

Nick Psomiadis has been taking photographs since 1986 after having purchased his very first SLR film camera the Zenit 12xp. Dubbed the Russian Tank, this Soviet built camera was as heavy as a brick, nevertheless it provided Nick with a view of the world and a creative perspective through the lens. Remembering back to that time of loading the film, advancing the lever, and to the clunking sound of the shutter and all the joy it brought, this was where it all began. Photography since then had always been a part of Nick's life, taking the camera along to places he would go and always looking for that photo opportunity. It wasn’t until the summer of 2011 that a decision was made to turn this passion into a profession. Today Nick operates from his home studio and takes great pride in his work, he is involved in entire process from capture, post-production, to the delicate process of giclee printing and lastly the final stages of framing. Using the finest materials the industry has to offer thus gaining gallery approval to display and exhibit in renowned and established galleries in and around Melbourne, Australia.
Share
Support this photographer - share this work on Facebook.
< BACK TO GALLERY