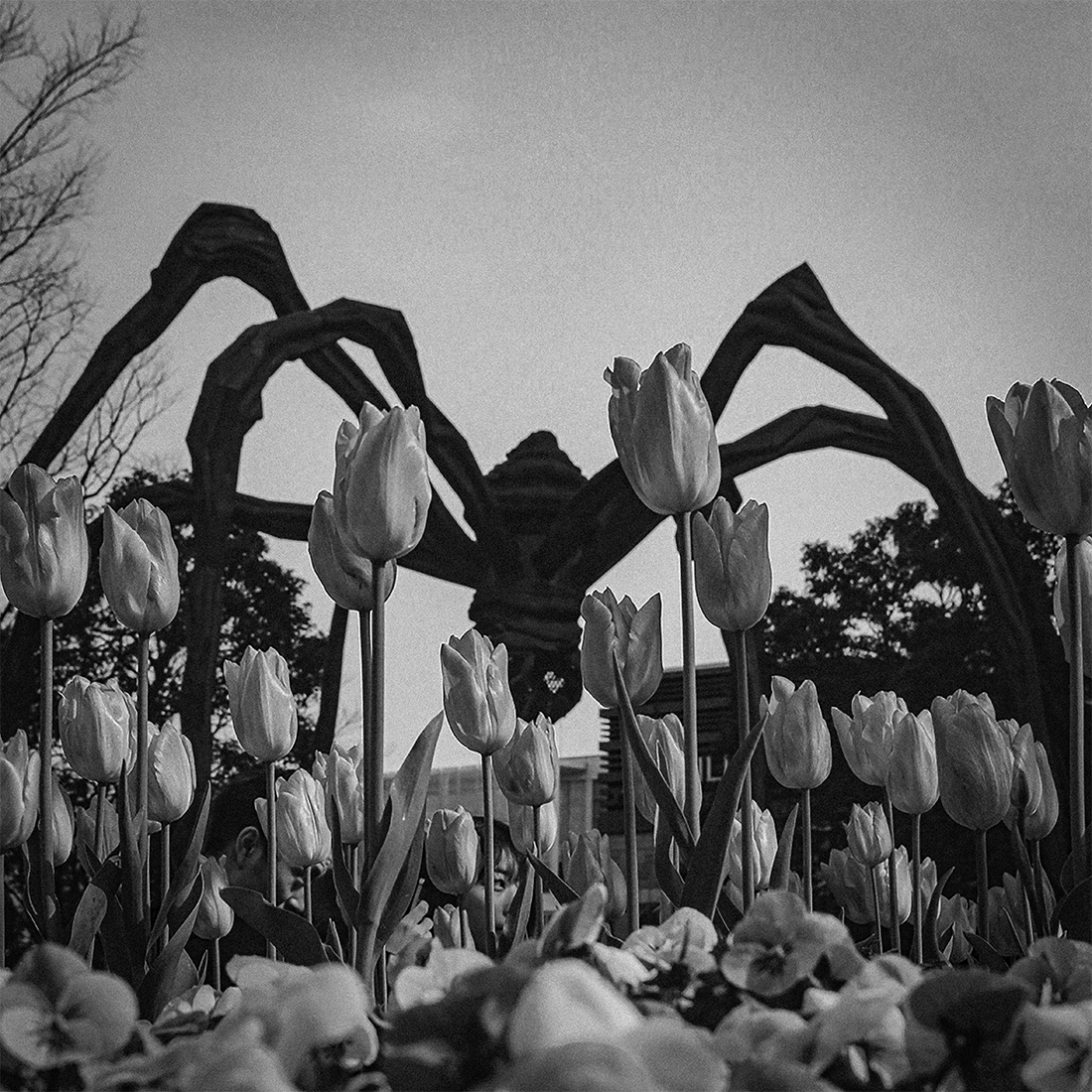 This statue of Louise Bourgeois is a landmark in Roppongi Hills, Tokyo. It's a place where people meet ('Meet me under the Spider'), in a busy area in a busy city. This picture was taken in spring time, when the place is decorated with tulips. I desaturated it, so the contrast between nature and art, color and black/white gets underscored yet alienates.

When I grew up in Belgium, I played with words to describe the world around me. Through the years and decades, other countries became a part of me, and so did their languages.
Then we moved to Japan.

Suddenly, I lost my ability to communicate.
I became mute, as I speak only a basic level. I became deaf, as the words that come to me do not make sense. I became illiterate, as I can not read. I became the one who does not understand what it all means and how it all connects.

So life put a camera in my hands.

Light became a new line of communication. Light and lines.
Small minimalistic moments but also the big dense city of Tokyo.
Thoughts and things.
A preference for the mystic of monochromes.
Trying to find my voice - still thrown between moods.
SHARE
Support this photographer - share this work on Facebook.
< BACK TO GALLERY