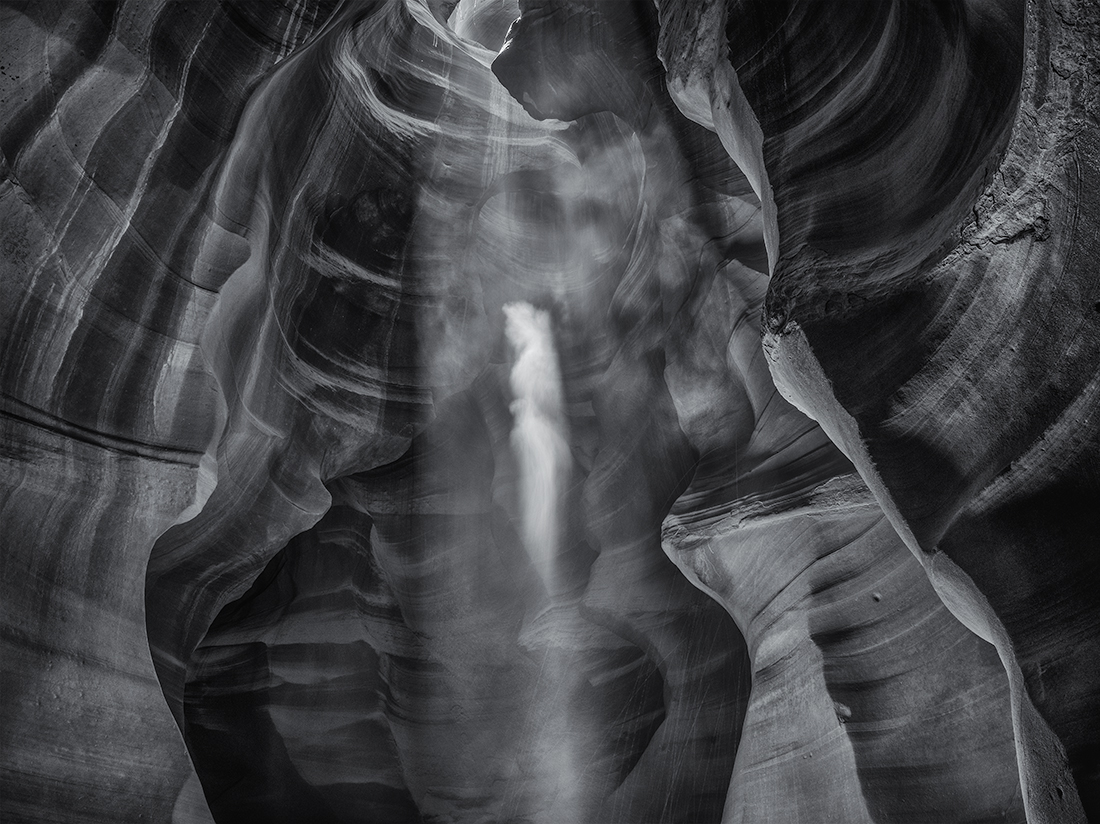 Formed by millions of years of wind and water erosion, Antelope Canyon’s magnificent smooth and flowing shaped sandstone have made it one of the most famous slot canyons in the world.

The Navajo sandstone, formed from the petrified sand dunes of a large Jurassic desert, have become an incredible canvas for the flash floods to carve their masterpieces.

Carved into many different geological layers of sandstone and limestone, these canyons have become otherworldly sculptures of stone that slowly evolved over time.

As the shutter broke the silence, I was in total awe, seeing what the camera had captured. A beautiful female figure had revealed herself inside the beam of light. An ephemeral spirit formed of sand suspended briefly in time.

Torleif Lie is an award winning fine art photographer based in Stavanger, Norway. His work captures not only the beauty of the natural world, but also the essence of a particular place. On the surface of his images the viewer can perhaps see an environmental message, or a celebration of the beauty of the natural world, but in the depth of his photographs one can sense a homage to the cultures that have inhabited these extraordinary locations for millenniums, the true essence of what is in front of us with its ancient resilience and beauty.
SHARE
Support this photographer - share this work on Facebook.
< BACK TO GALLERY