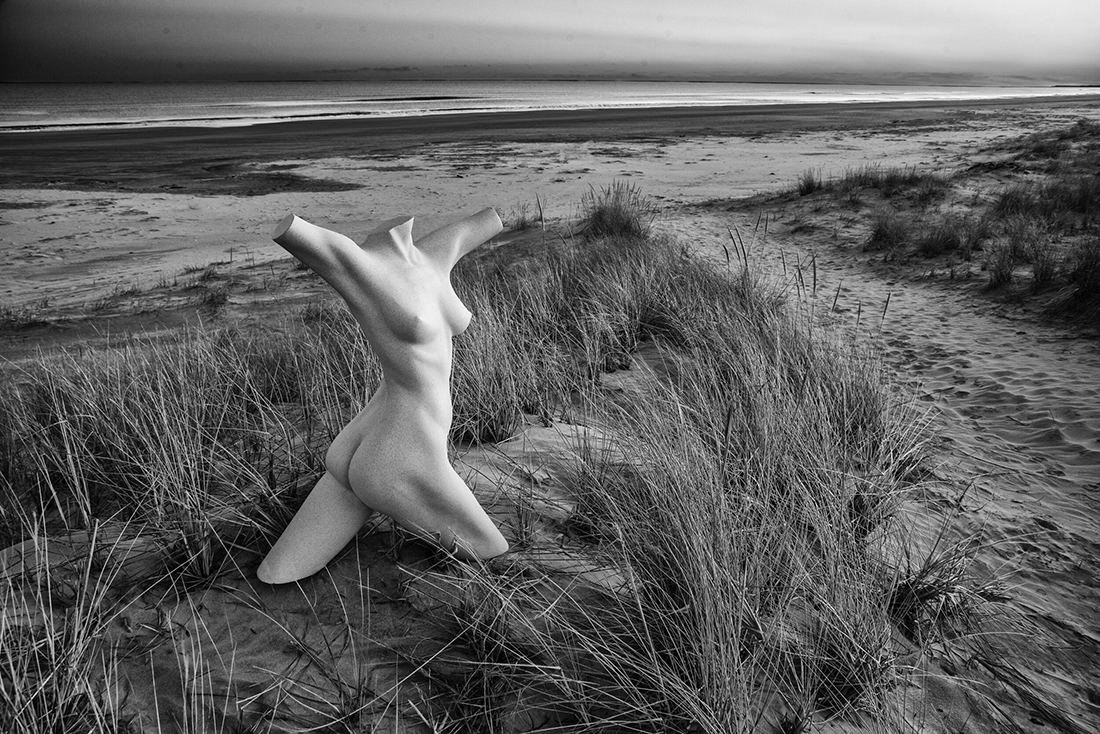 This winter I took this mannequin form down the the dunes near Strathmere NJ. Here I used the late afternoon light to make this image.