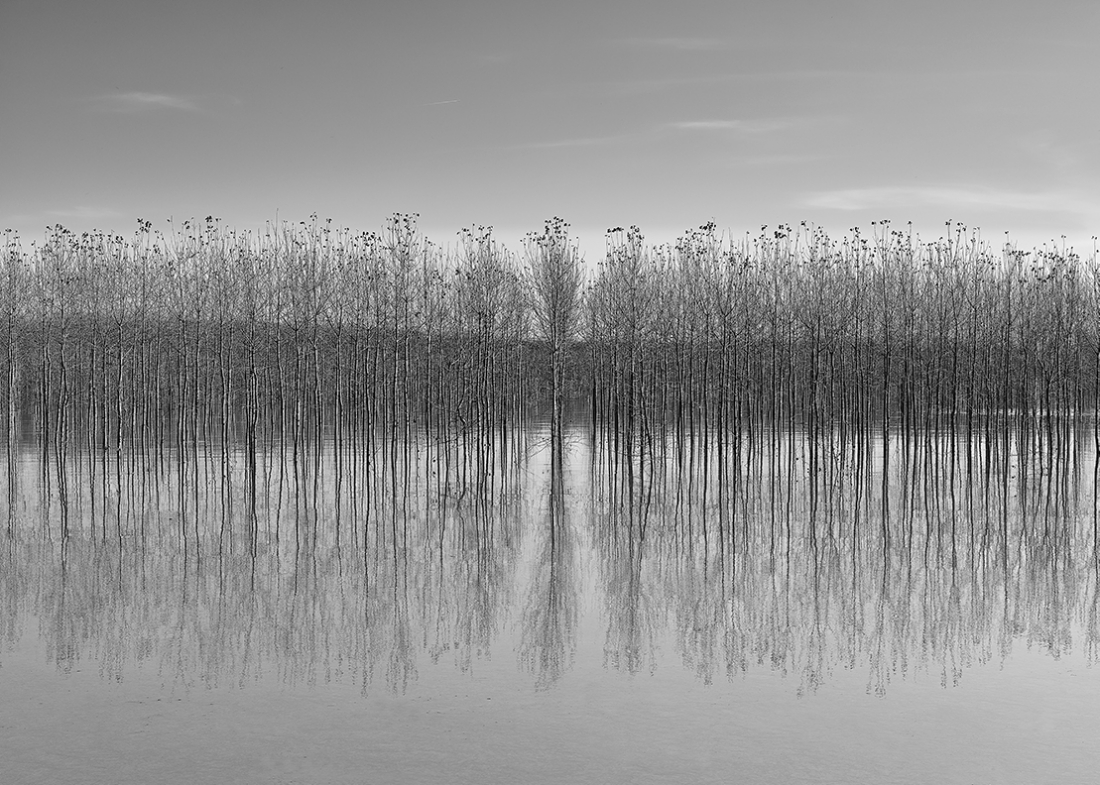 TITLE: " Poplars during a flood of the Po River"

Nature bends, making the landscape hypnotic. This time the flood has passed without damaging, will the next one do the same?
Over the centuries, man has trained himself in predicting and building systems to contain, but he has not yet understood that the problem is to change his habits.