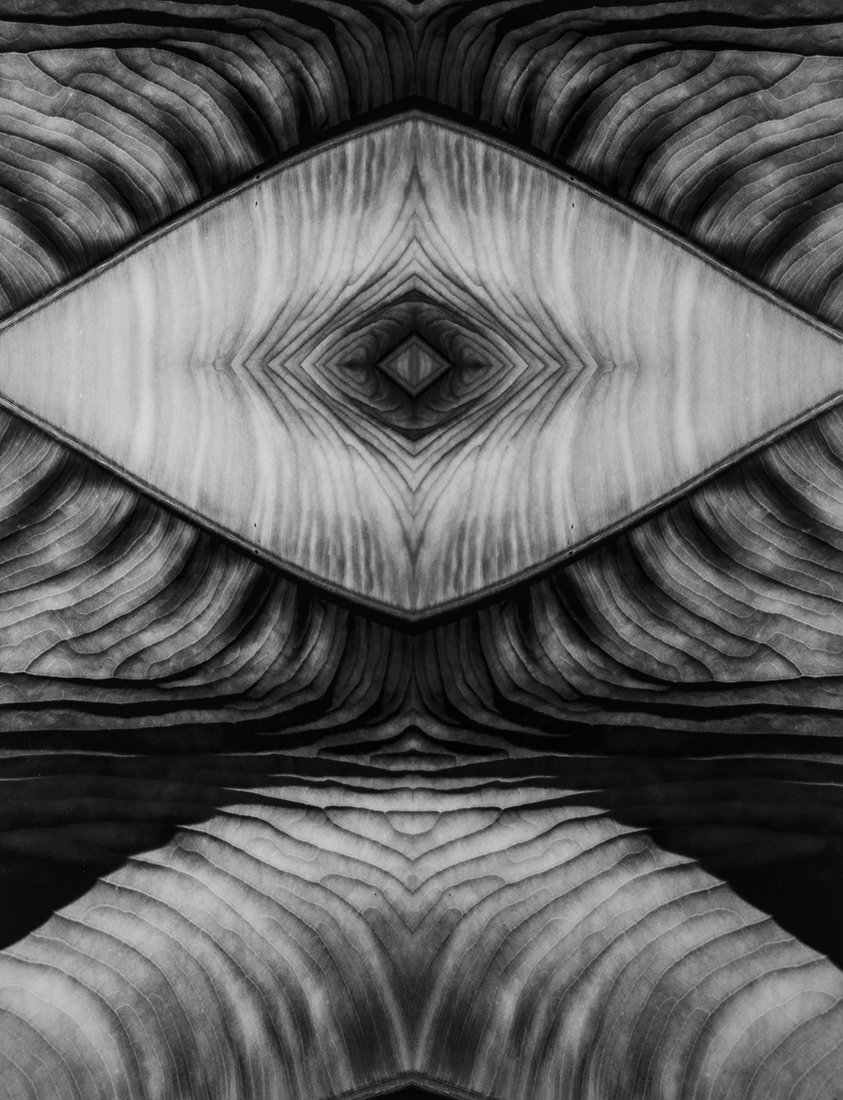 I have always been fascinated with the size and shape of elephant ear leaves, and the transmission of light through them. Here I combined several leaves and came up with this creature like image.