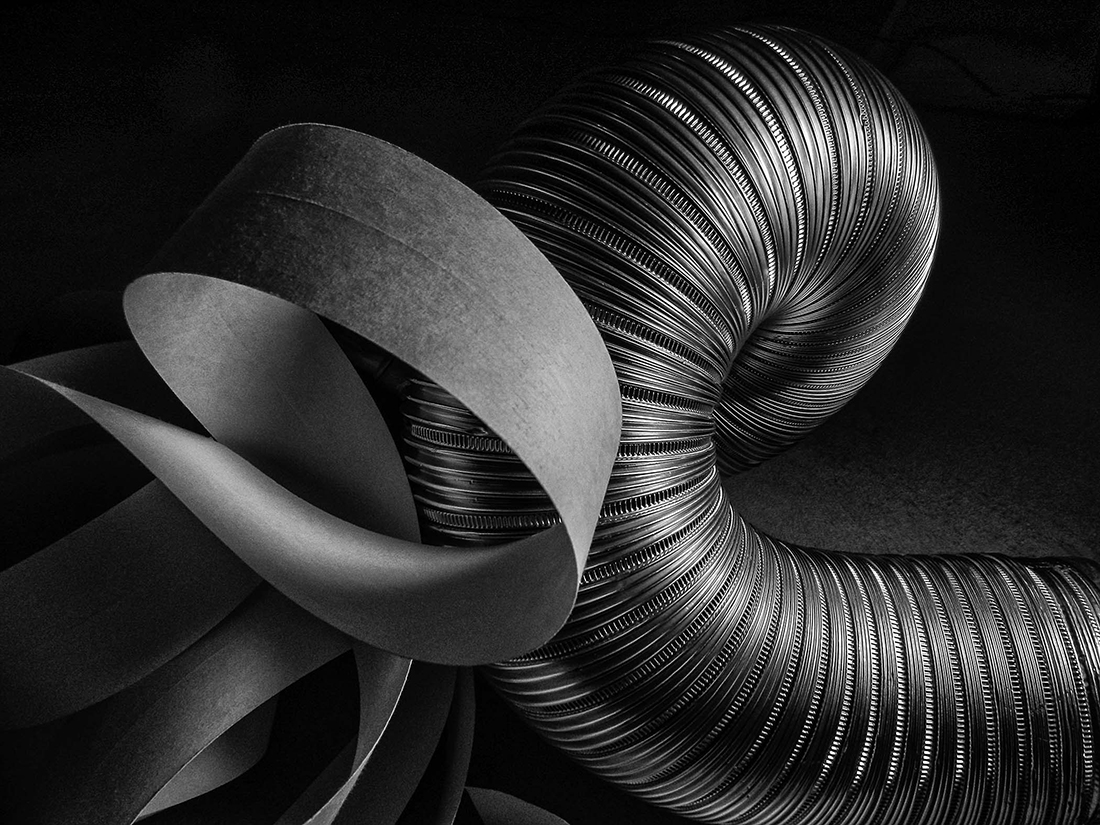 I bought some dryer duct pipes from a plumbing supply store. I began experimenting by twisting the pipes into various configurations on my basement floor. Here I combined a piece of sheet rock tape with a pipe section to create this design.