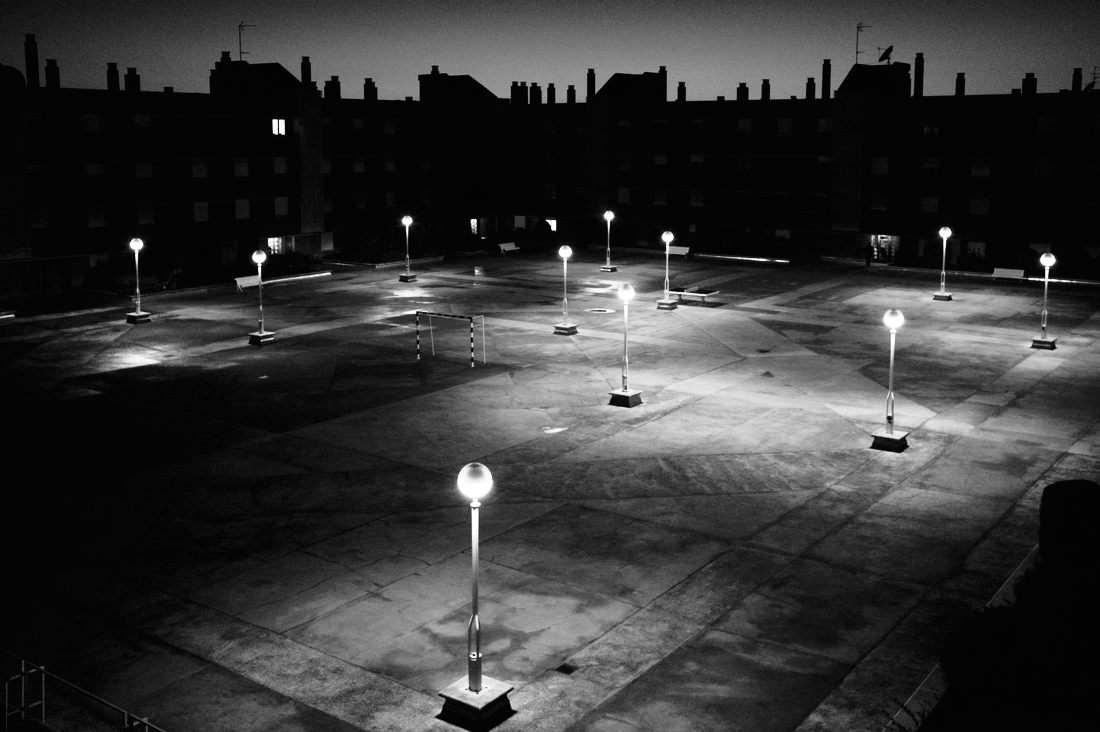 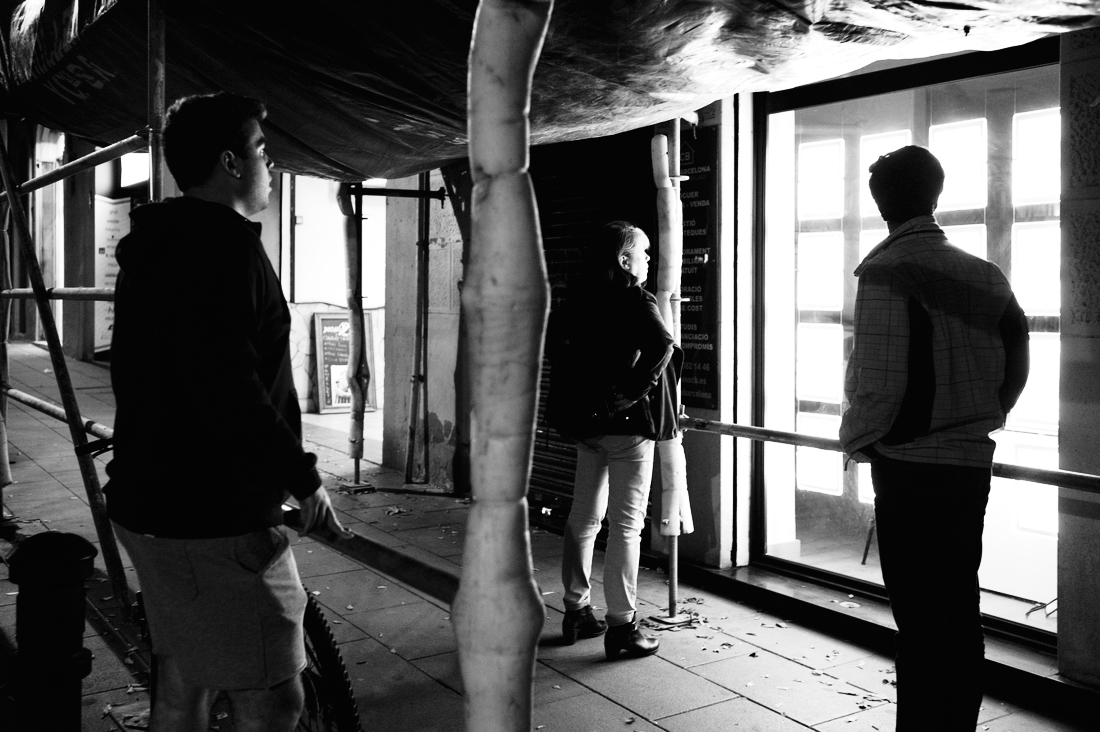 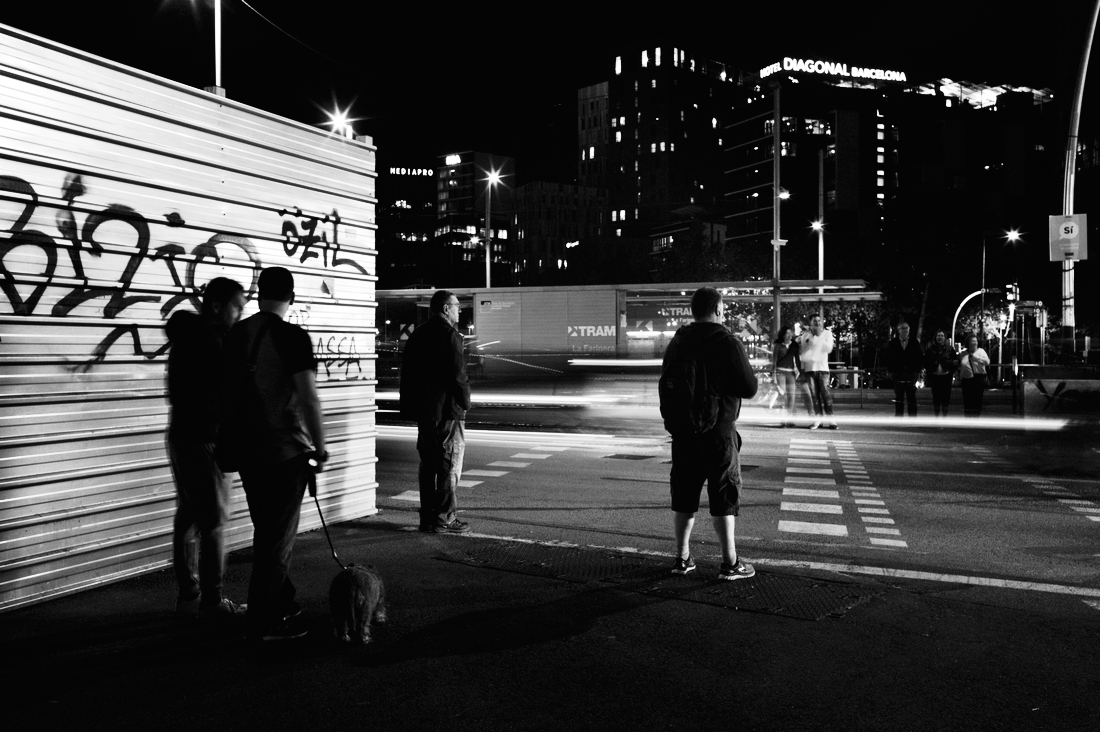 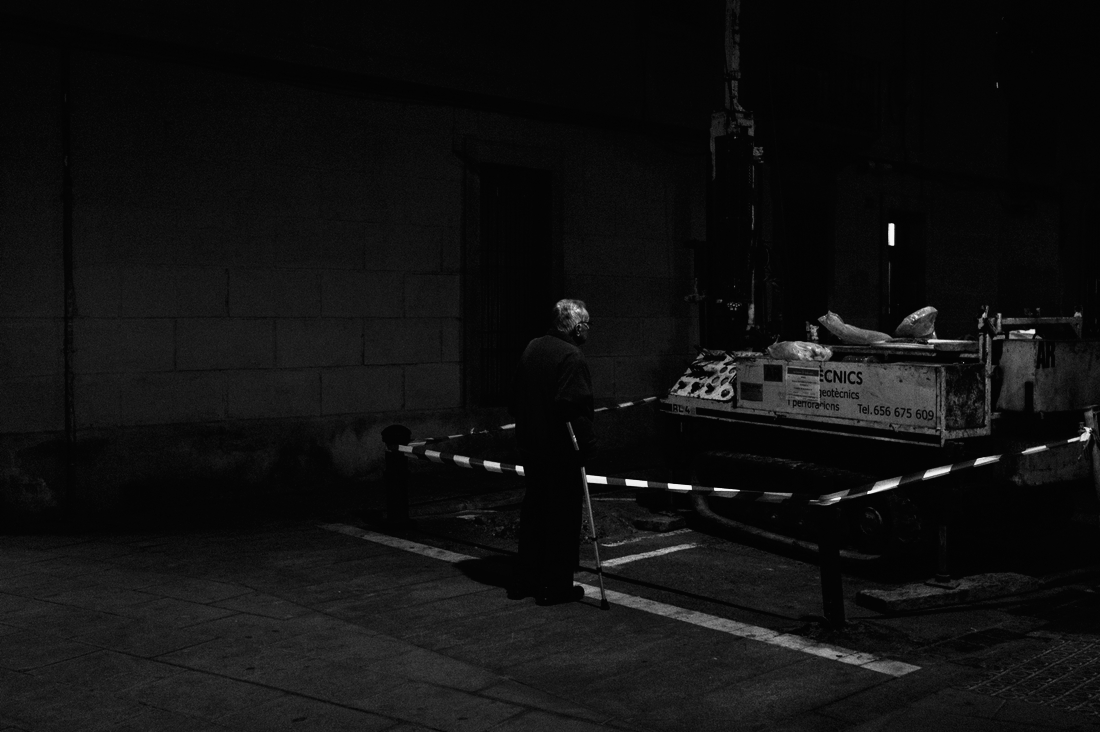 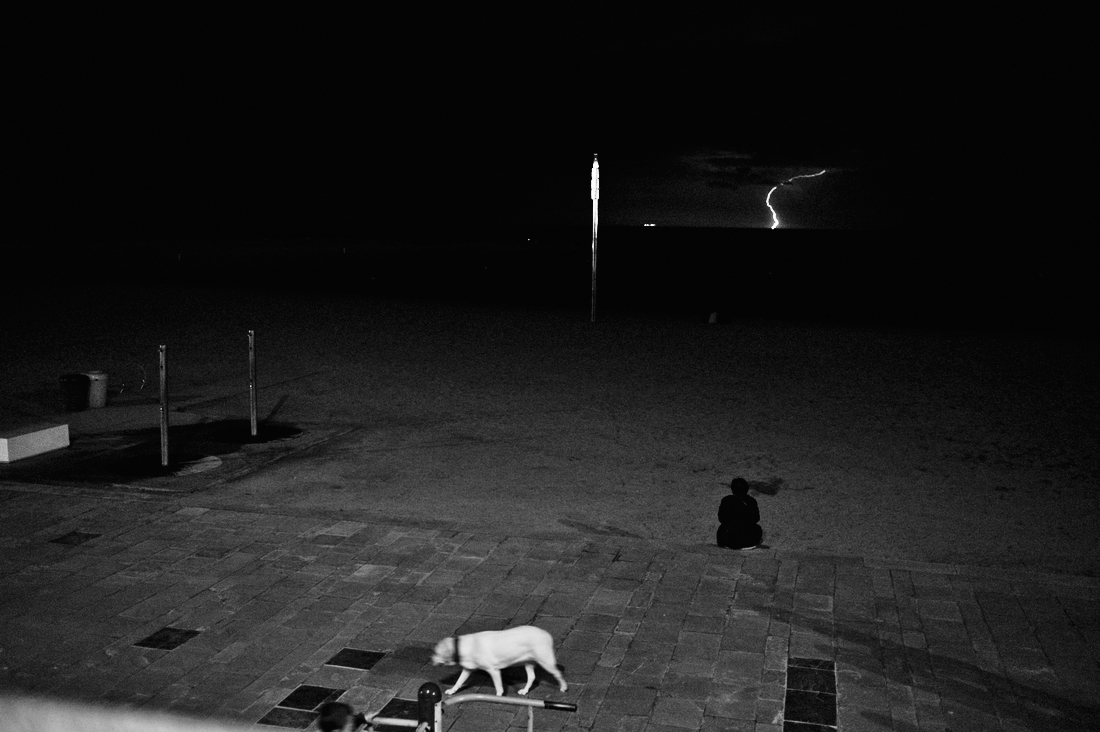 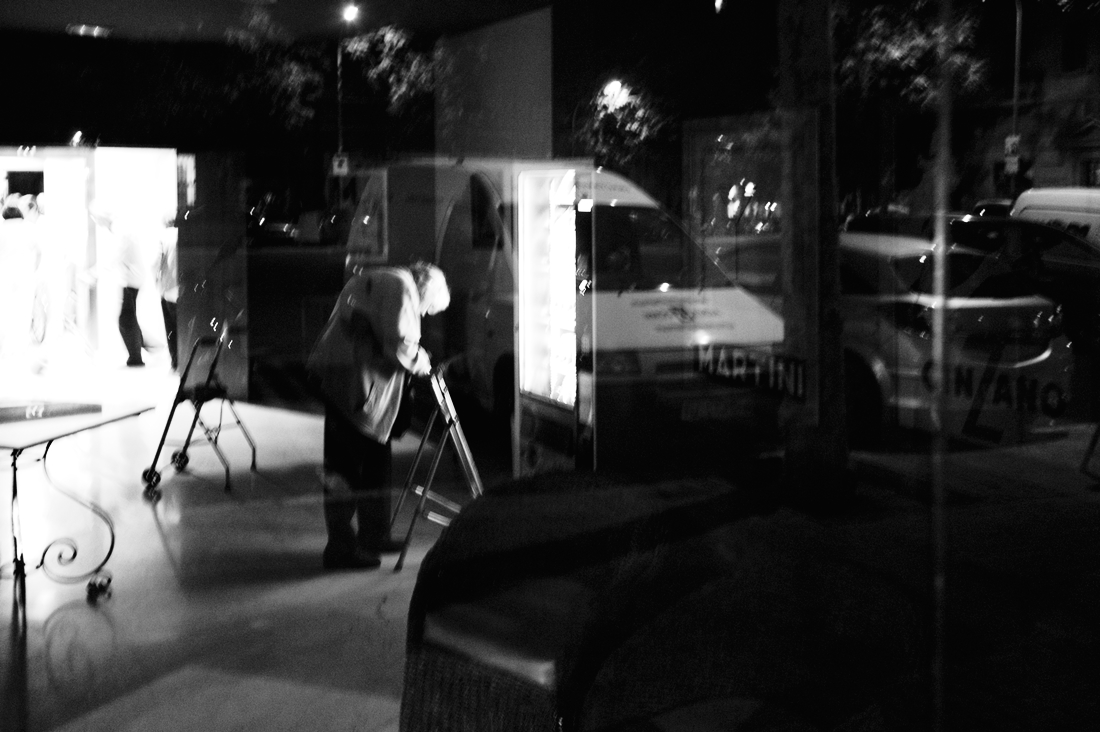 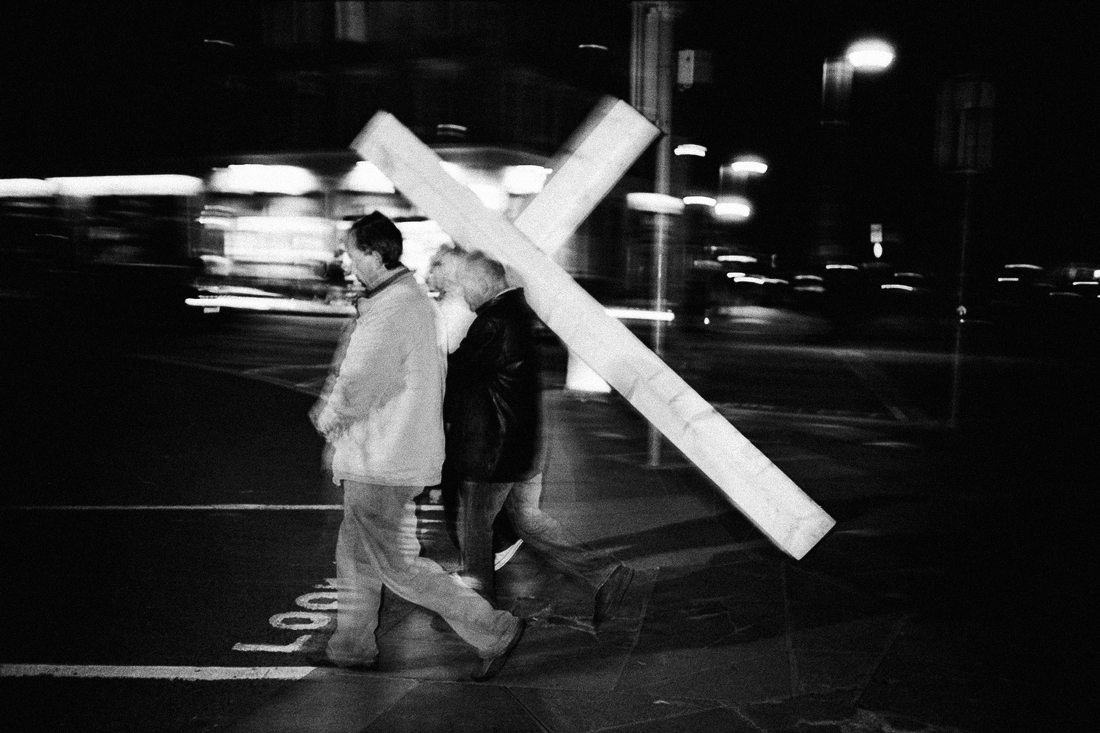 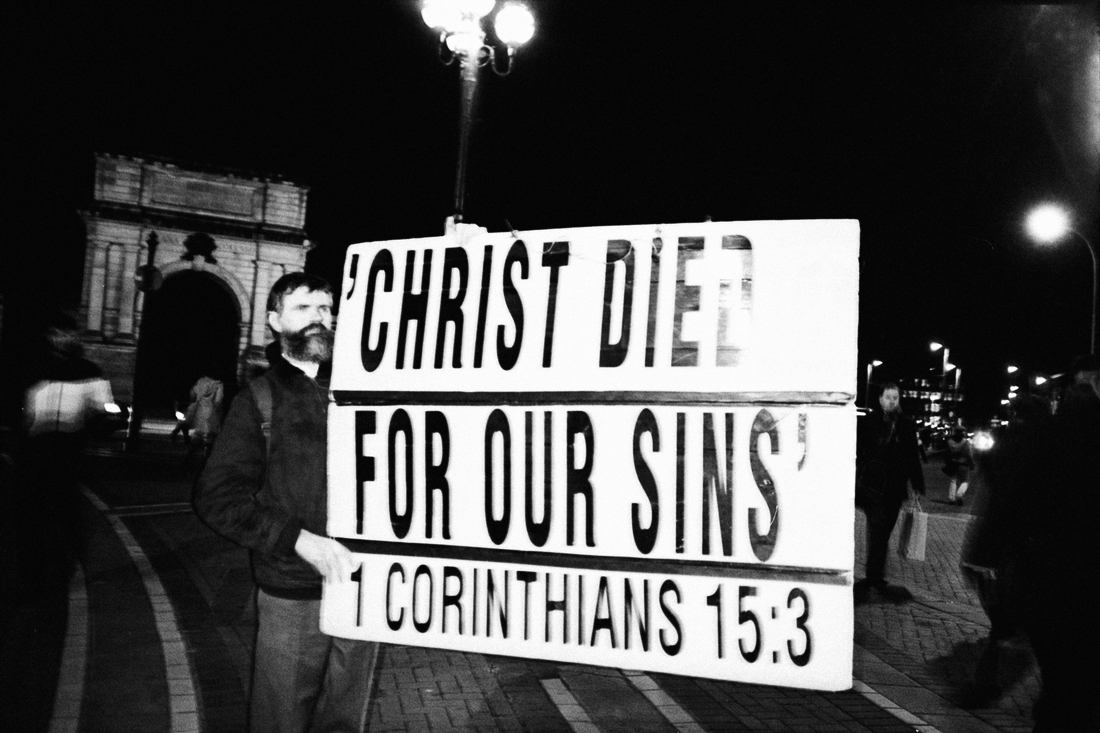 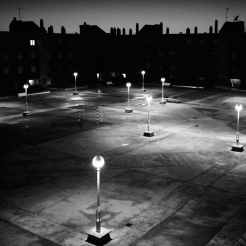 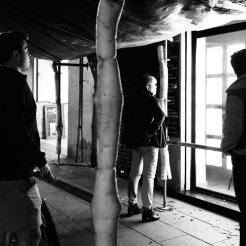 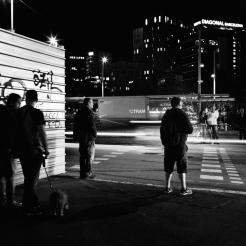 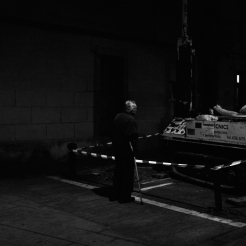 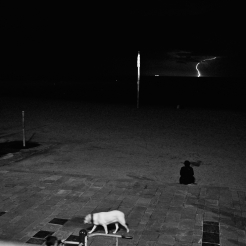 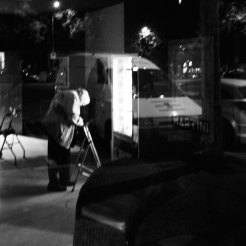 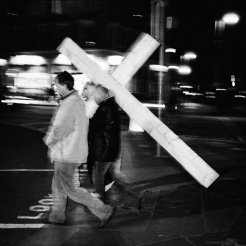 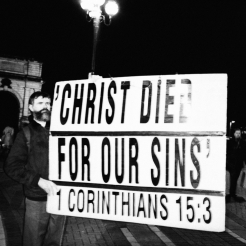 TITLE: Relentless as the thought

The selection, portraits the coexistence people share with their desires, doubts, systems of belief, nature, loneliness and illusions. The background for the photos depicts a night atmosphere in Dublin, Barcelona and Lleida (Lerida).
All these aspects of life are shown under a dimmer light to create an allegory that the Human race proceeds relentlessly in concordance to the all the Ethos and Dogmas marked in the thought and persona.

"as long as there are
humans about
there is never going to be
any peace
for any individual
upon this earth or
anywhere else
they might
escape to.
"

Charles Bukowski,
Relentless as the tarantula

I was born in a traditional neighborhood in Lisbon (Mouraria), but lived my life until the age of 36 in a Lisbon nearby city called, Vila Franca de Xira.
This small city played a very important role in my photographic roots. Hometown to one of the most important Portuguese neo-realism writers, named Alves Redol, author of the book, Avieiros.
This book published in 1942, relates the life of the Tagus (Tejo) river fishermen, Avieiros, and it’s an impressive description of how this very reserved, almost cast aside community of people lived. One of its main aspects in 1940’s was, that they used their wood boats to sleep, eat and perform all the daily routines that are related to do in a house.
The vivid account of details in Avieiros and the fact of living nearby two of these communities set the fuse, to almost 70 years later to accomplish a photographic narrative about these people and how they were living in 2011 and what aspect’s of their lives were still relating to the 1940’s descriptions of Alves Redol.
Having Spent eight months in this community on a daily basis, resulted in the works, Shadows on the river bank and The rising of the floor. In 2012, several exhibitions of Shadows on the river bank took place in Vila Franca de Xira, Santarém and Póvoa de Santa Iria.
In 2013 I left Portugal, moved to Dublin and started the project Sidewalks. The main subject is centered in the streets of Dublin and how people interact and journey their lives through the street sidewalks. At the same time, during the night I pursued the offbeat, shady, secondary views of the city where light gives away to the surrounding grim atmosphere. In 2016 I moved to Barcelona, continued with the street photography collection of images from daily lives and the night coexistence between city and citizen. I returned to Portugal in 2019 where I continue as an interested observer of daily lives and night scenes.
Share
Support this photographer - share this work on Facebook.
< BACK TO GALLERY

prev
next
Close
1/8
Ricardo Peixeiro - Relentless as the thought