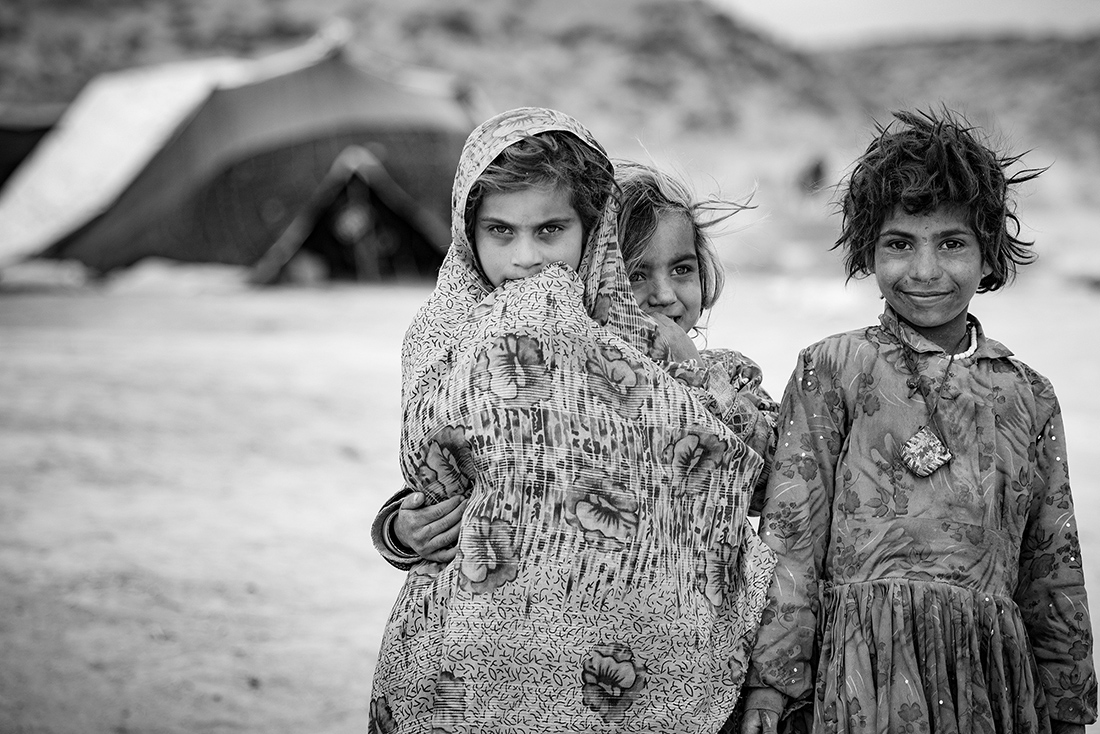 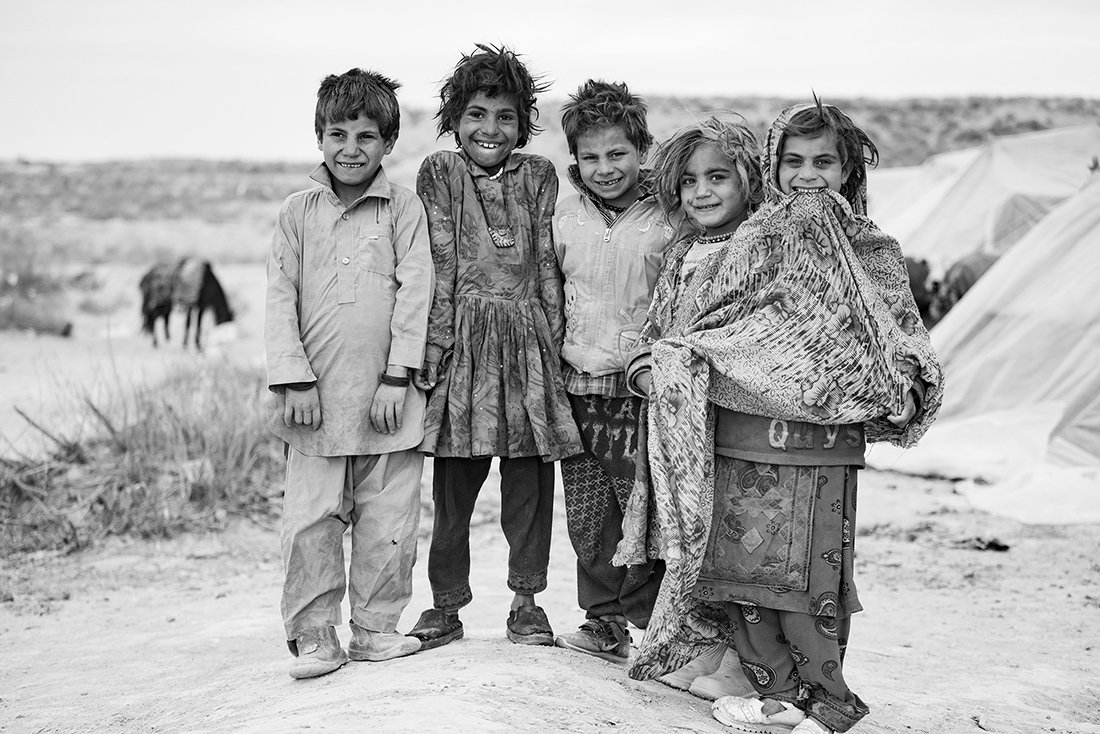 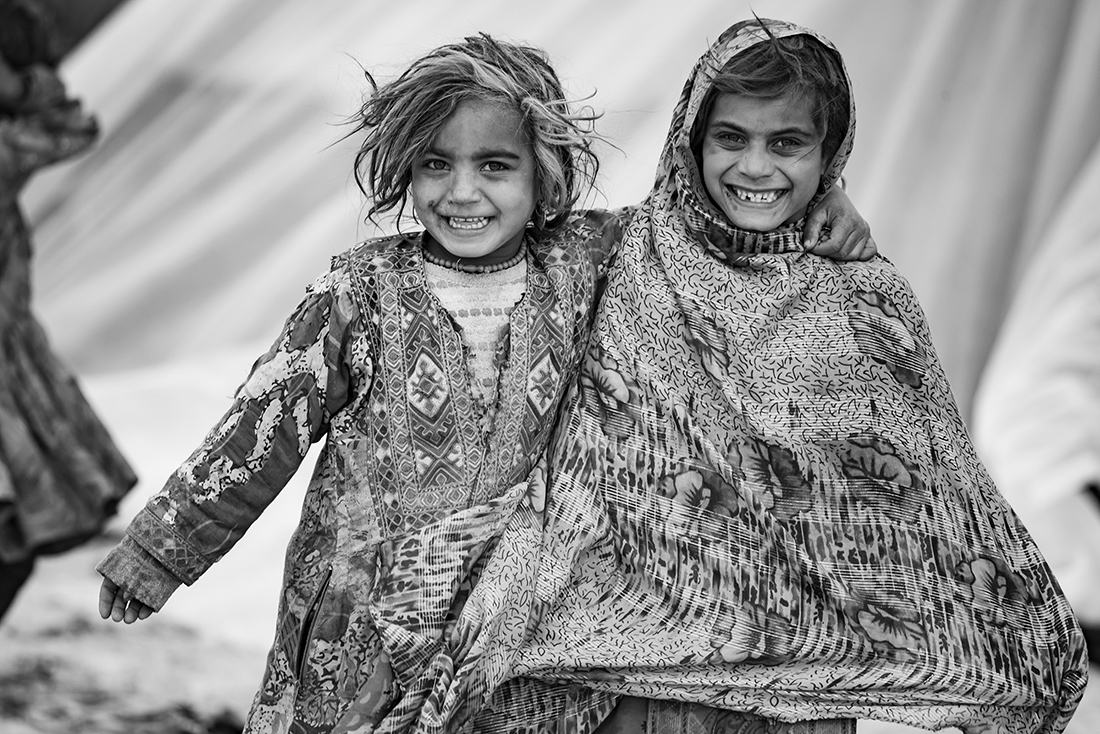 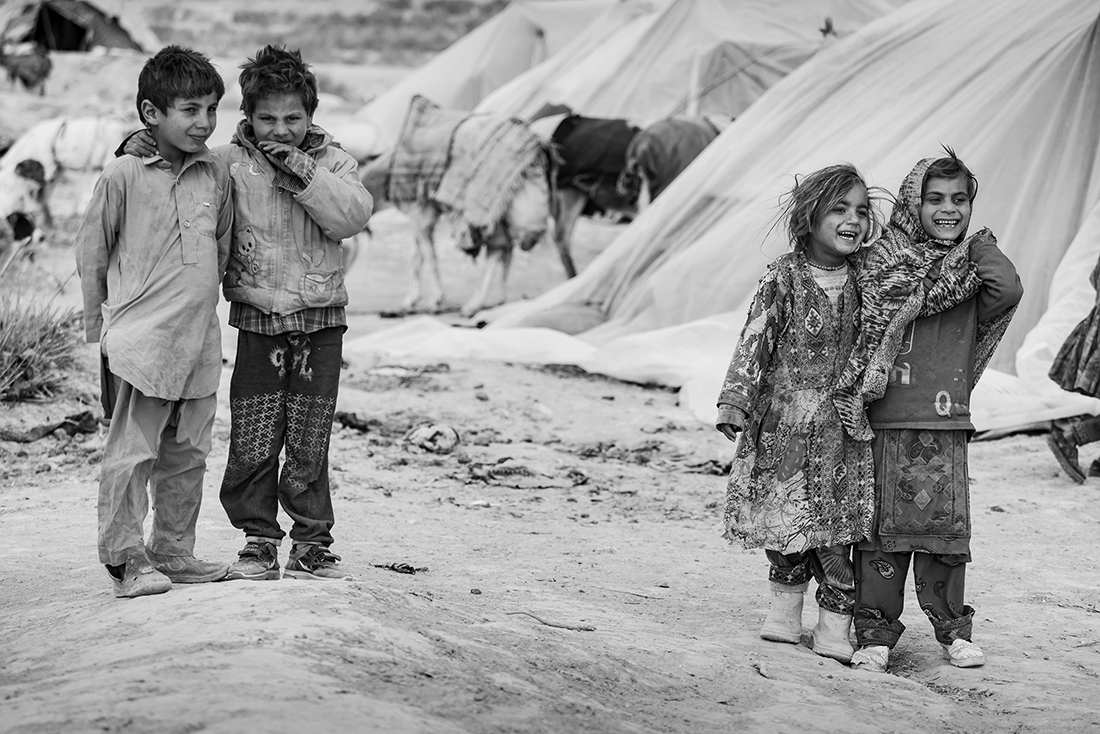 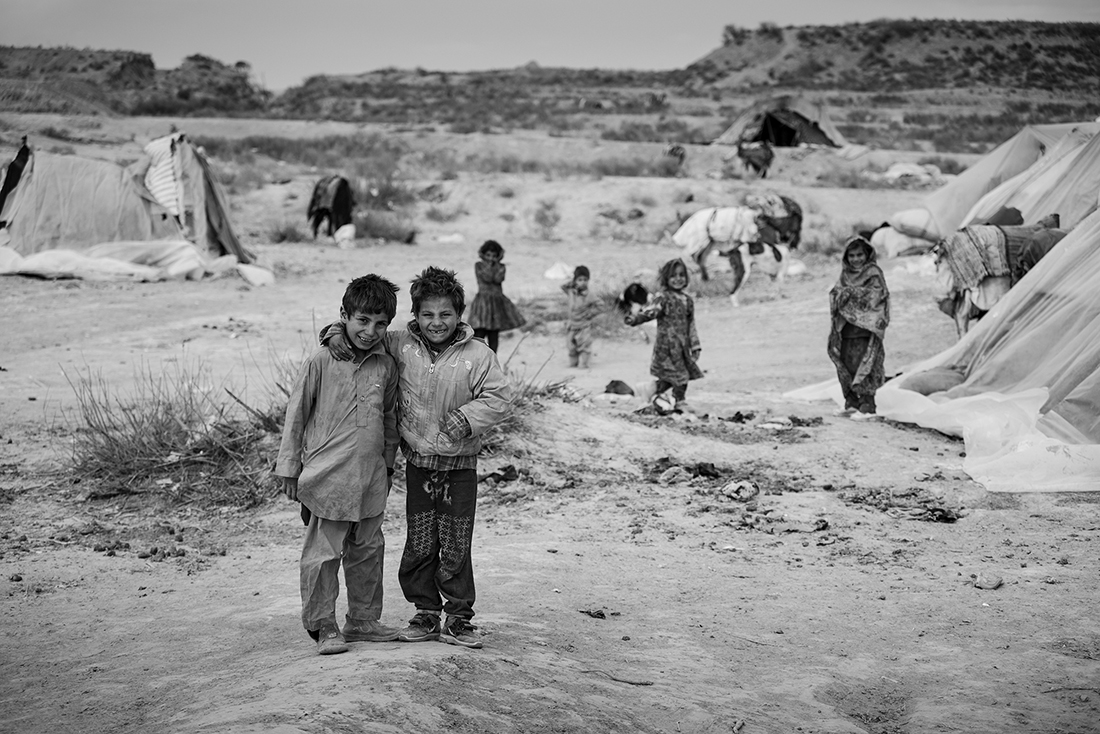 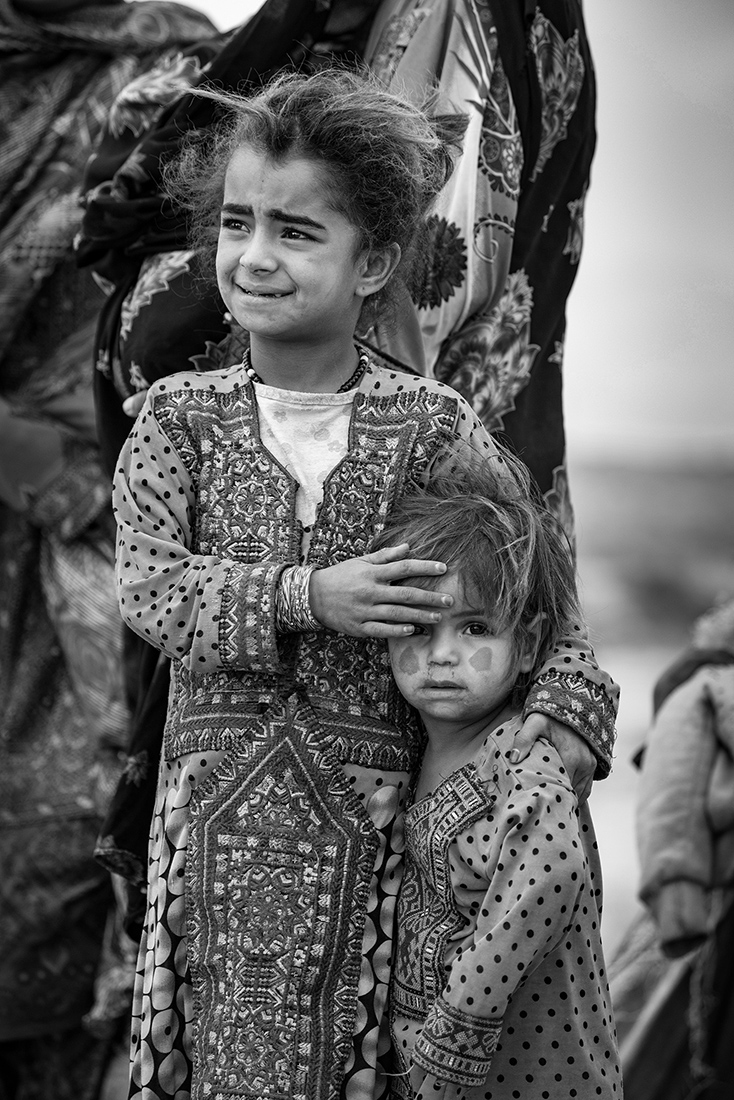 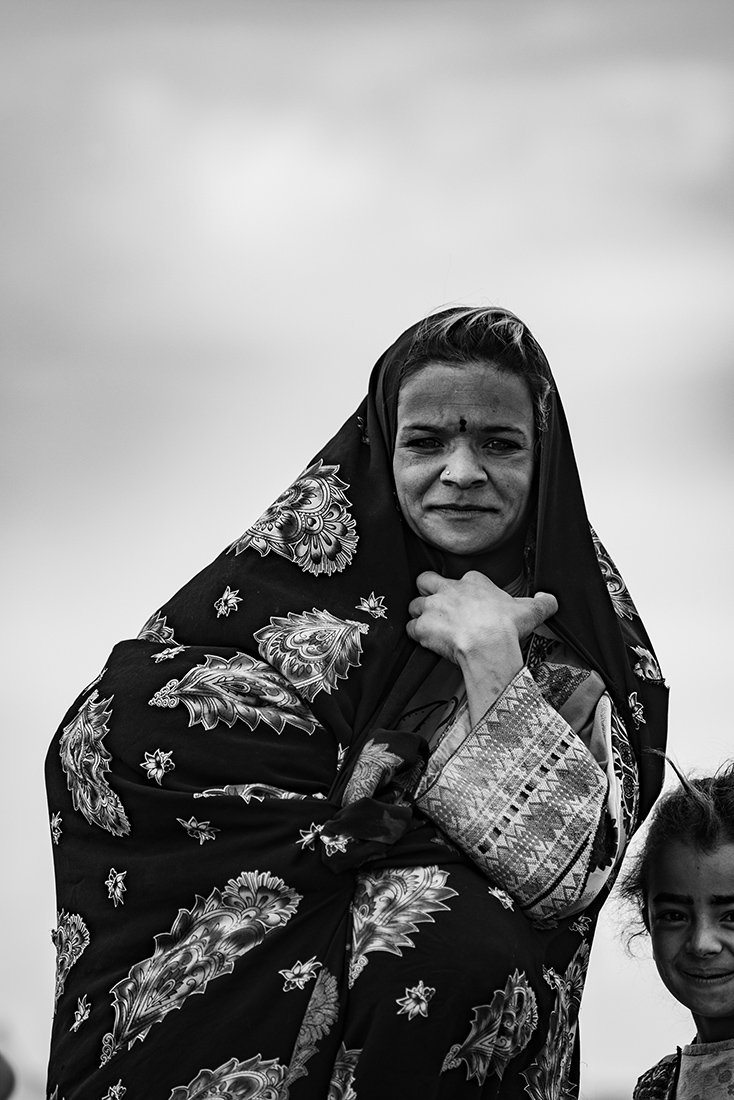 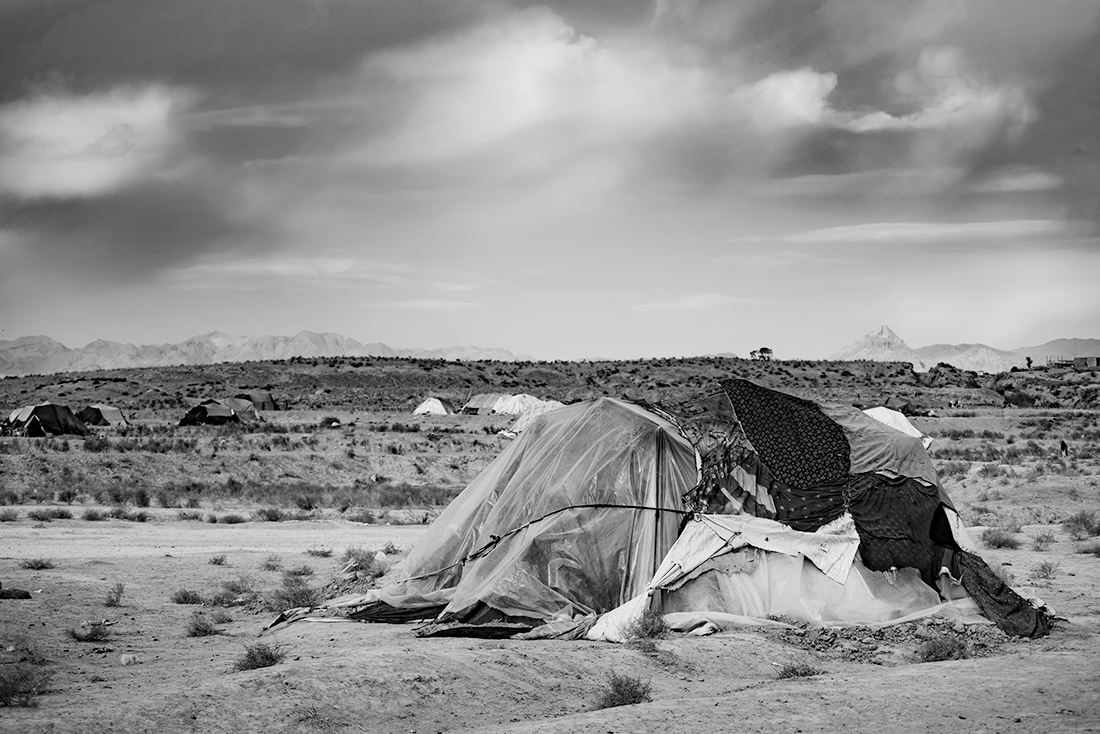 Traveling to the Kavir desert, I stumbled upon a camp of gypsies on their way from Sistan to find seasonal low paid work in the saffron fields of Khorasan. Opposite to traditional Iranian nomads, these people are characterized by their poverty, toughness and at times immoral demeanor. They consider their children free workforce at best but mostly children are hungry mouths that need to be fed. As I got off my car and walked the distance to the camp, I started to talk to the men of the camp. They allowed me to take photographs fo a few minutes and I focussed on capturing the living conditions of the many children in this camp. The children were curious and gathered around me to watch to see what I was doing. We connected quickly. Small work-worn hands, ragged shoes and plastic patches on tents tell the story of their lost childhood.

Basim Ghomorlou, born in 1984, is an Iranian photographer who focuses on Nature and Social Documentary. His dominantly back and white photographs include digital work; however, his specialty is analog photography.

Since 2000 he has traveled Iran’s nature, urban and rural areas to capture a country in transition. His work was shown in solo exhibitions in the Iranian Artists’ Forum (Khane Honarmandan) Tehran, the Isfahan Museum of Contemporary Art and galleries around the country. In 2011 he was the first photographer to organize a photo exhibition in a remote village in Khorasan, where he has taken photographs regularly for ten years.

In 2016 he moved to Germany and continues his projects in Europe. He exhibited his works in Brussels, Strasbourg, Venice, and Bonn among other places.

His work has been honored by IPA Awards, ND Awards, Monovisions Awards, and Glanzlichter Awards among others.

prev
next
Close
1/8
Basim Ghomorlou - "The children of Iran's gypsies: a lost childhood."