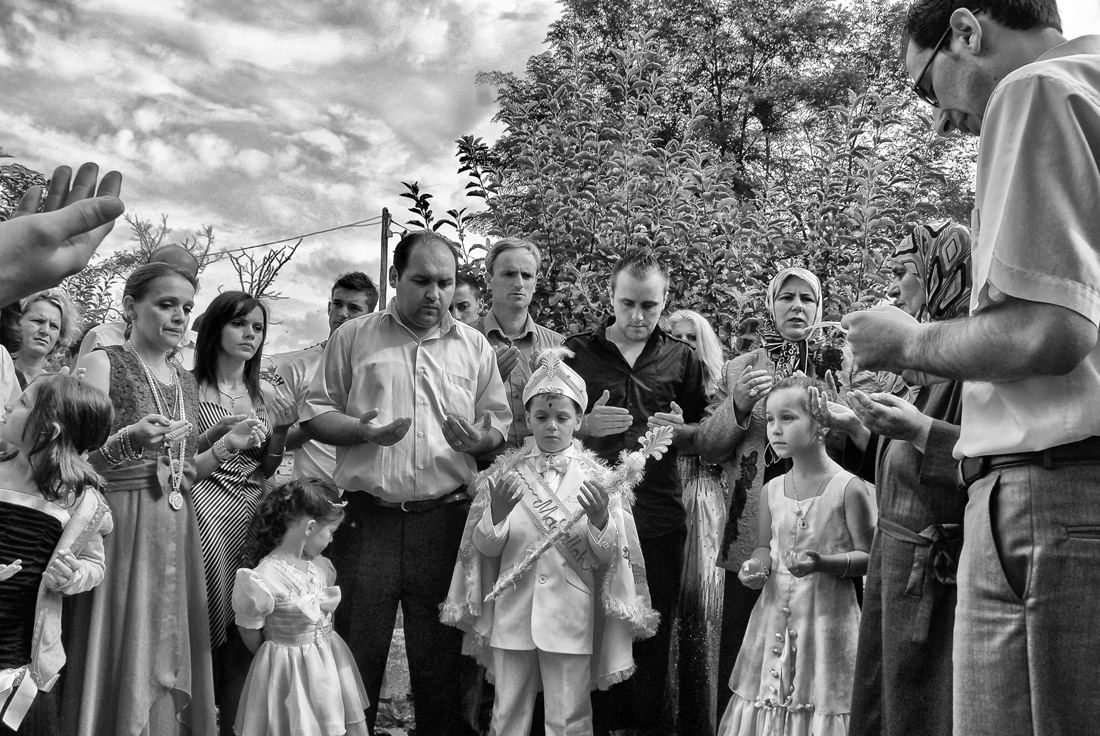 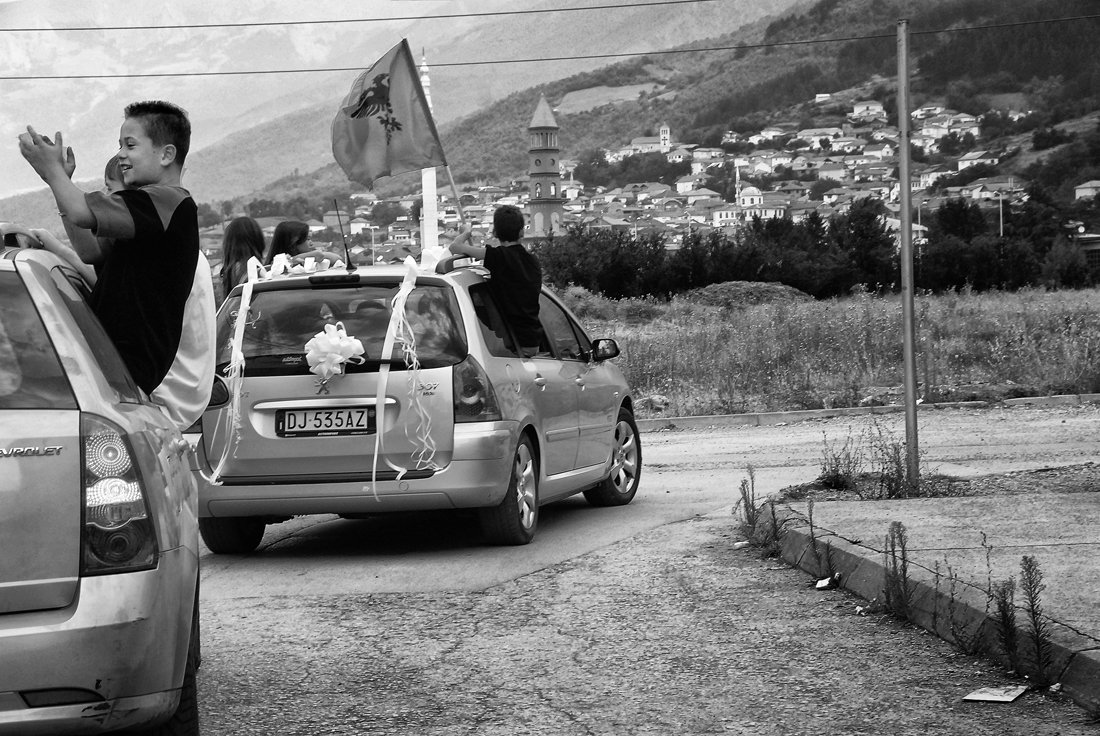 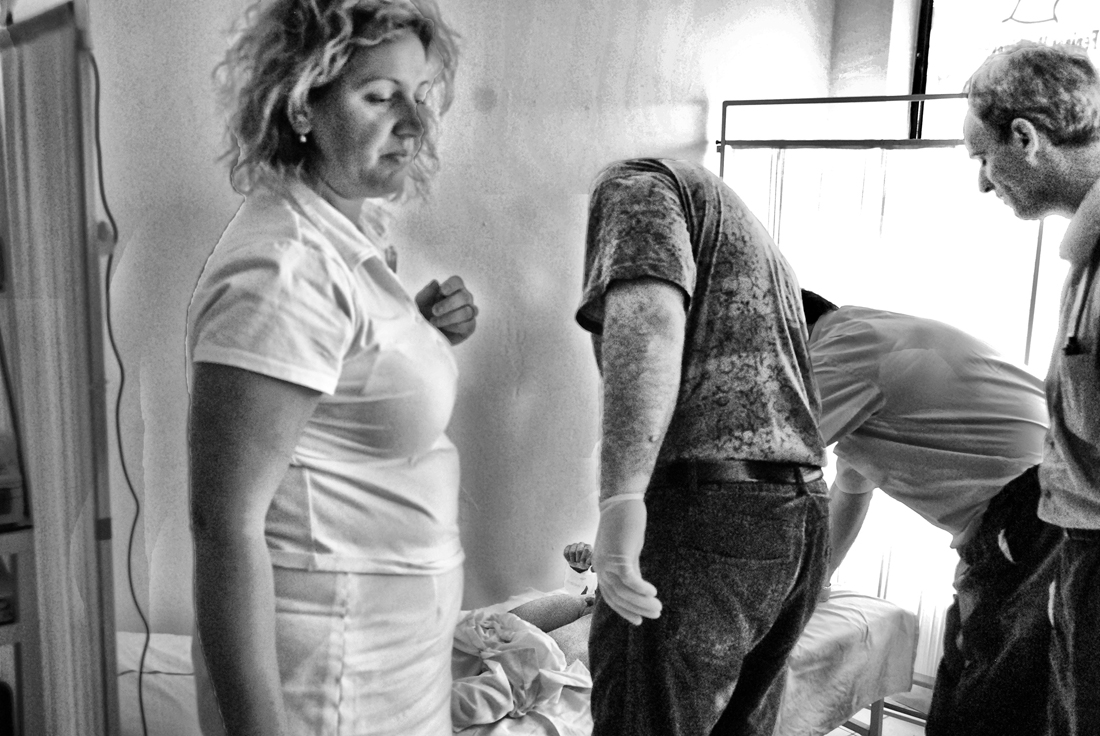 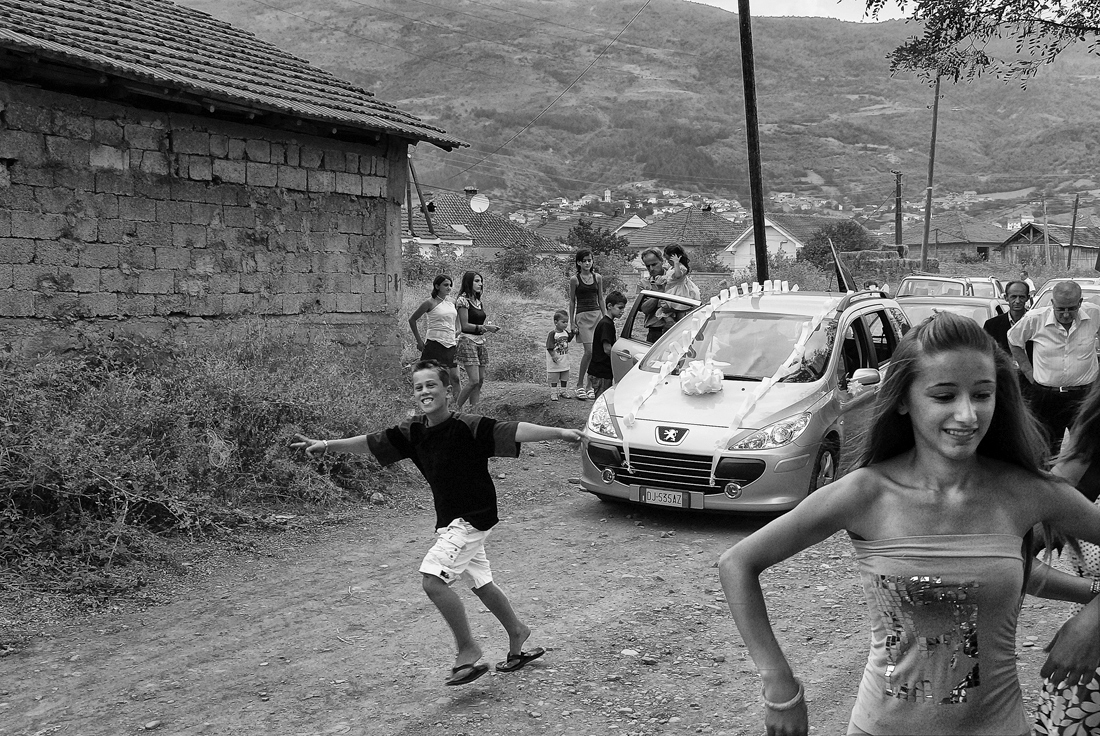 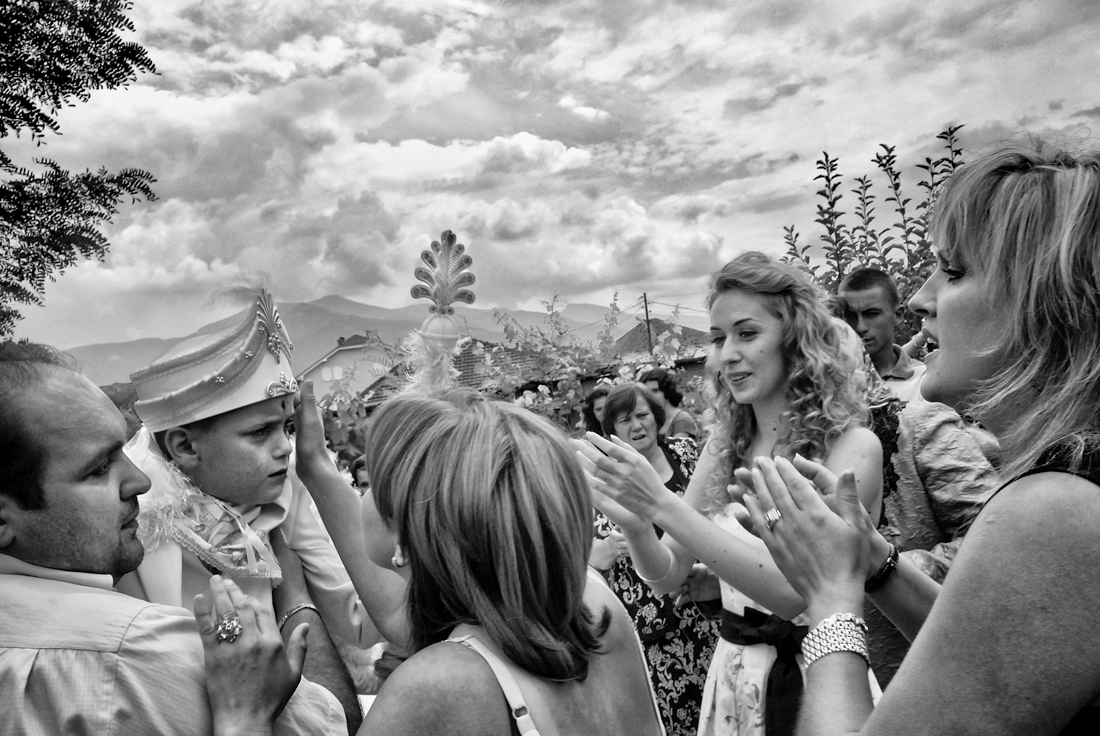 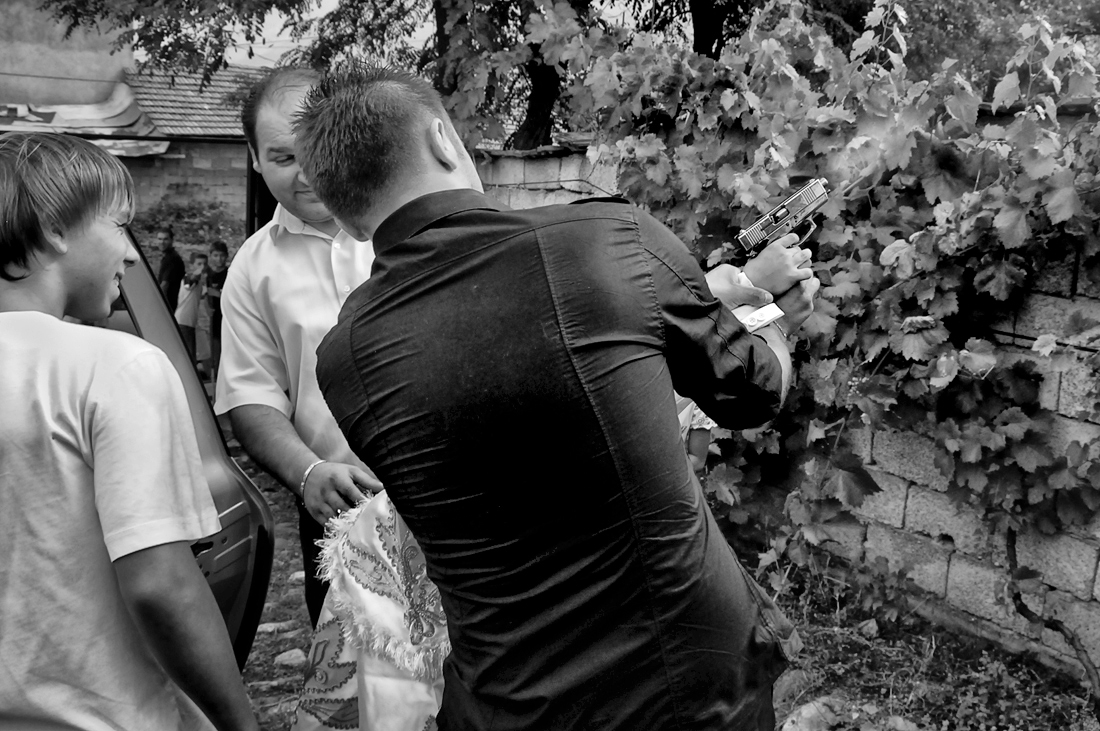 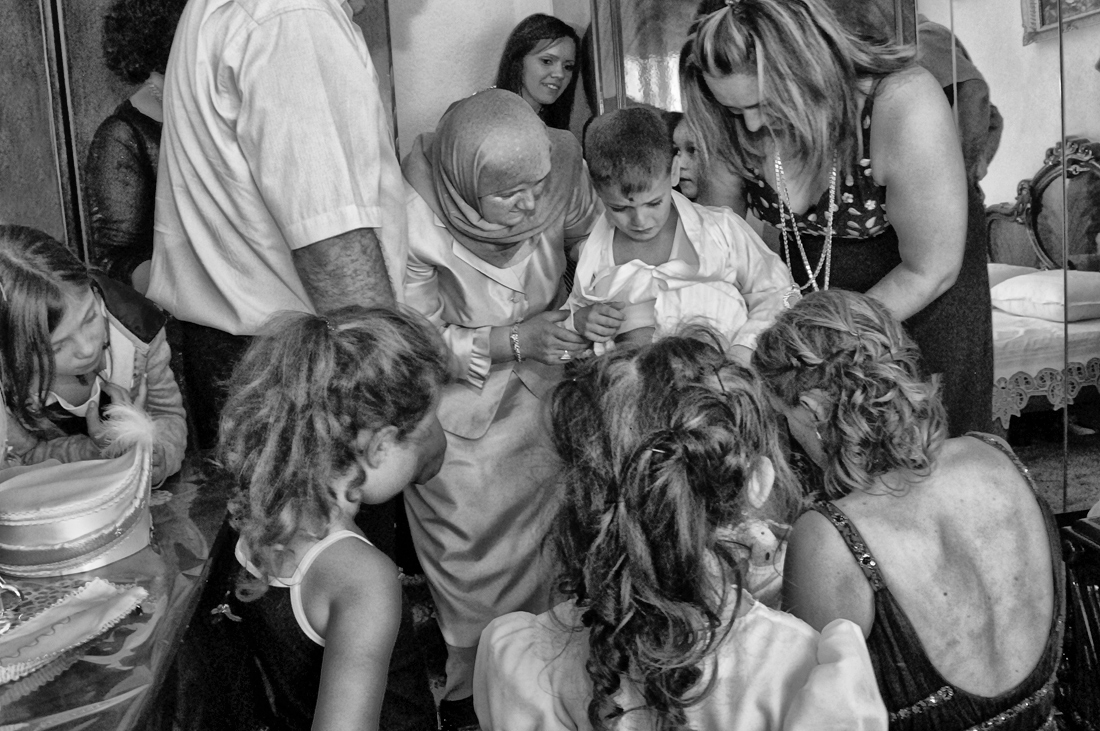 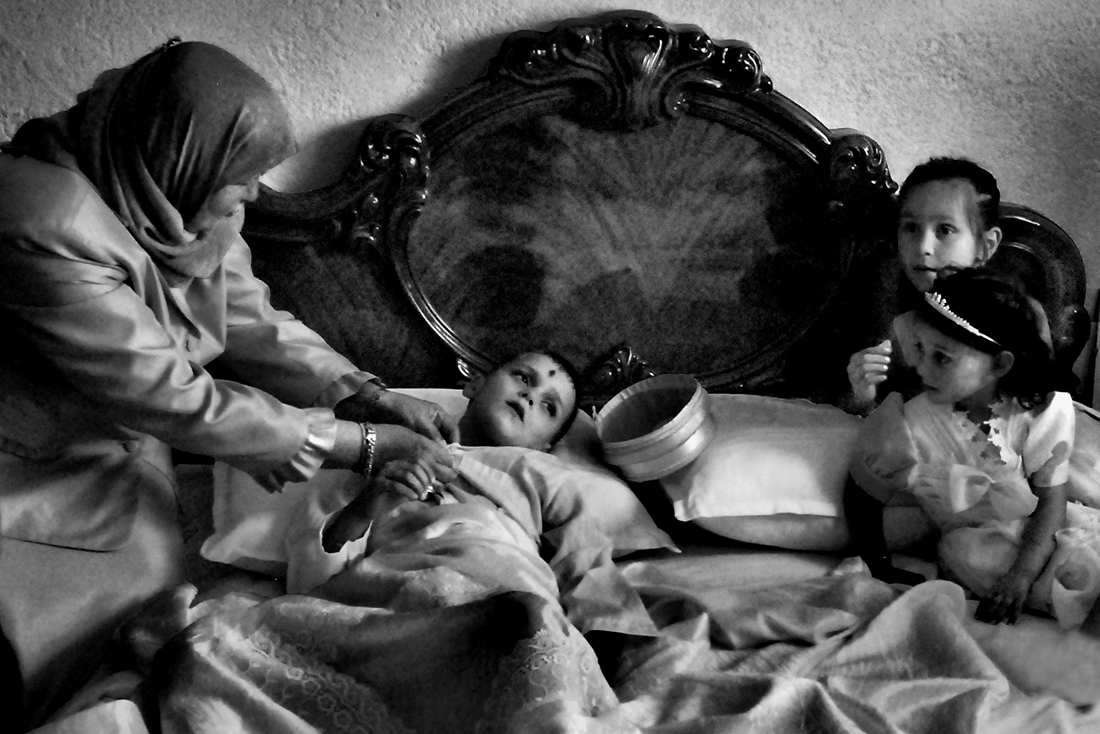 
Every year in August, many Macedonians living abroad return to their home countries taking advantage of the holidays. During this time, when many families get together, there is an opportunity to celebrate Synet's feast, the circumcision of male children.
For Besart, an 8 year old Muslim and ethnic Albanian Macedonian child, the Synet ceremony, as the circumcision of the Albanian language is called, is one of the most important events of his life.
The ceremony takes place in a Macedonian city located near Struga, not far from the border with Albania, with a large and consolidated Muslim community of Albanian ethnicity inside.
The photos document the most significant and symbolic moments of Synet's party.
With this work we have tried to highlight family and collective feelings without highlighting the event.

. Born in 1945, amateur photo. He started to photograph, by passion, in 1978 developing the interest in social reporting. He has attended numerous masters such as Gianni Berengo Gardin, Mario de Biasi, Fulvio Roiter, Franco Fontana, Romano Cagnononi, Roberto Salbitani, Giovanni Marozzini, George Tadge, Giancarlo Torresani, Ernesto Bazan, Paul Lowe, Ziyah Gafic, Francesco Cito and Angelo Ferrillo. He has made various reports including circumcision in Muslim culture, life in the Roma camps in Albania, the life of the farmers and the medicine of a healer in the Cameroon forest, the non-time in the prison, the desolation of Chernobyl and Pripyat , the pain of Srebrenica and mass impulses during religious recurrences.
Born in 1945, amateur photo. He has 50 solo and 78 collective exhibitions. Prizes: the "10th Mario Giacomelli Award", the "XXIV Premio Città di Verona", the " Golden and Silver Butterfly ", the "Giorgio Trani" award, jury prize in the "Giancarlo Siani" competition, the 45th "Golden Truciolo", first prize international competition "Luz Contra el Racismo" in Madrid, the "Pollitzer Trophy," Portfolio Italia - Grand Prix Hasselblad "2016 , finalist at the Siena International Photography Awards. In 2017. Winner with the recognition of "New talent of the year award" from the "M.I.F.A. Moscow International Fotography Awards "in the amateur category, the" Honorable Mention in the" FAMILY OF MAN " by IPA International Phtography Award and Honorable Mention in the 2017 annual competition by IPA year 2017. In 2018 the "Honorable mention" in the "One-Shot: Harmony " competition by IPA. Honorable mention of the "Royal Photographic Society" at the "22 Gran Tour delle Colline", a finalist in the URBAN event and in the "Premio Voglino". Winner of the "Monochromatic Visions" competition by Nikon Club Italia. In 2019 he won the contests "With the hands" and "Monochromatic Visions" organized by Nikon Club Italia, finalist in the LuganoPhotoDays 2019, finalist in the “URBAN EVENT”, Award: Silver in the Prix de la Photographie Paris (Px3) 2019. 2020 Fine ArtPhtography Awards 3rd place winner, finalista al concorso SIPA 2020, 1st place winner at the “Umbra Award”, 1st place gold medal at the IPA International Phtography Awards 2020,Honorable Mention "Monochrome photography Awards" 2020.

A photo on the calendar of Amnesty International. He was named "AUTHOR OF YEAR 2012" FIAF for the F.V.G. AFI "ARTIST OF ITALIAN PHOTOGRAPHY" FIAF in 2016.
SHARE
Support this photographer - share this work on Facebook.
< BACK TO GALLERY