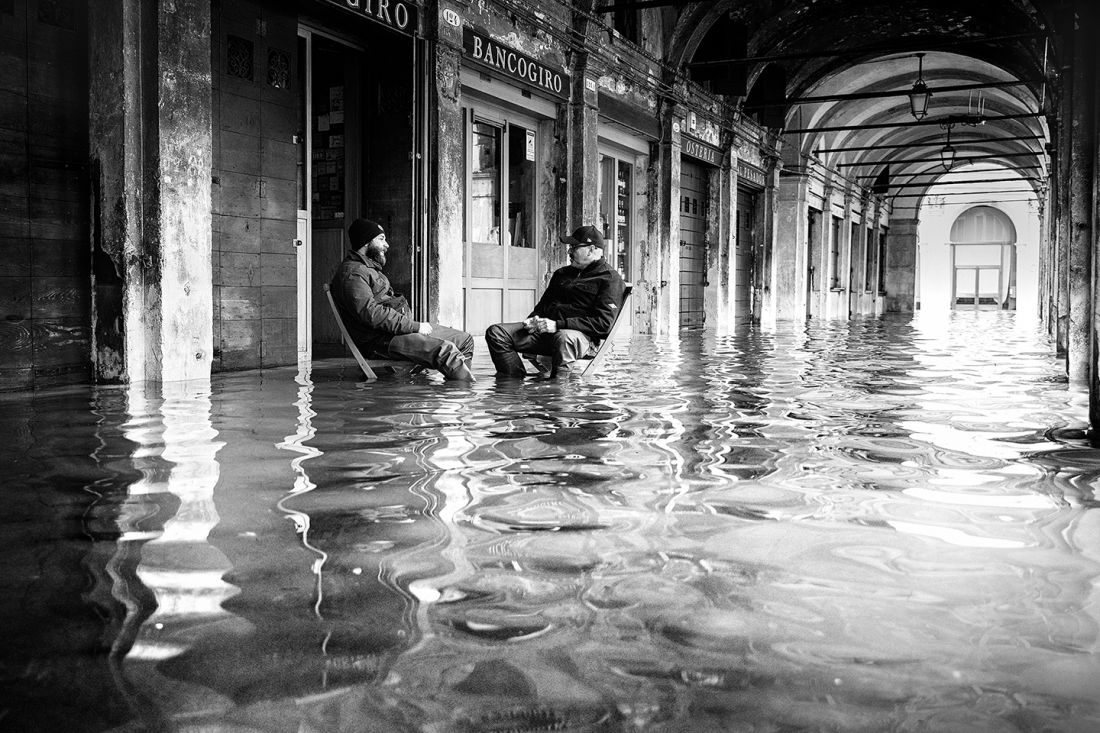 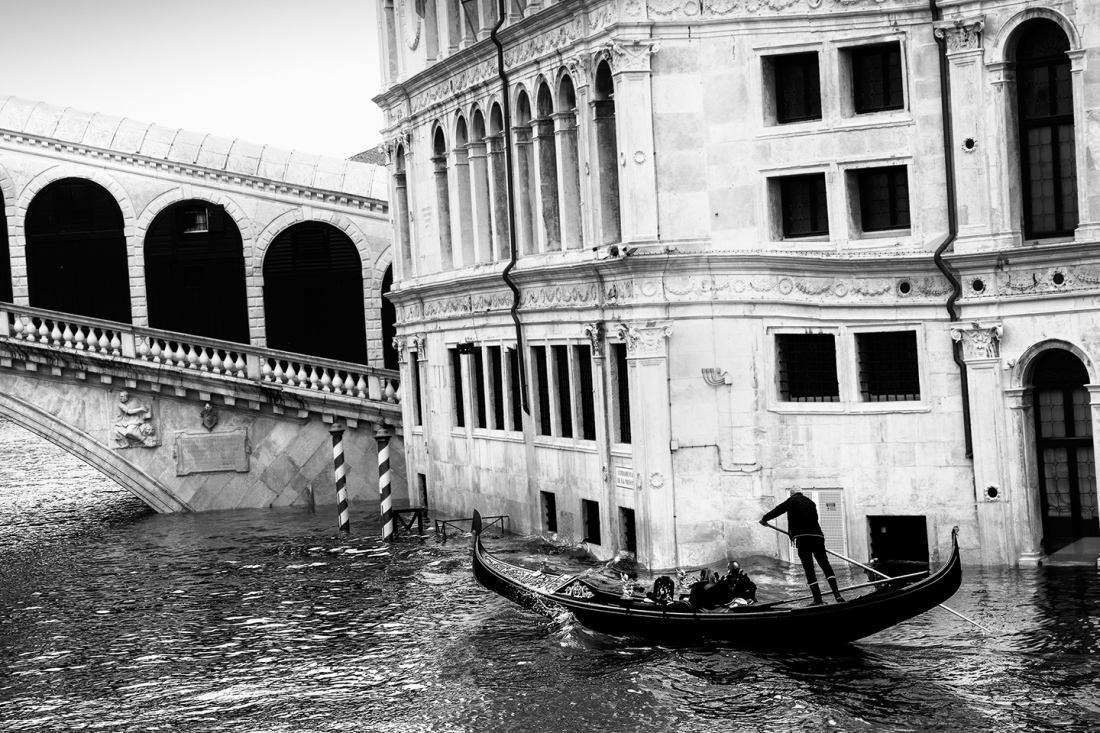 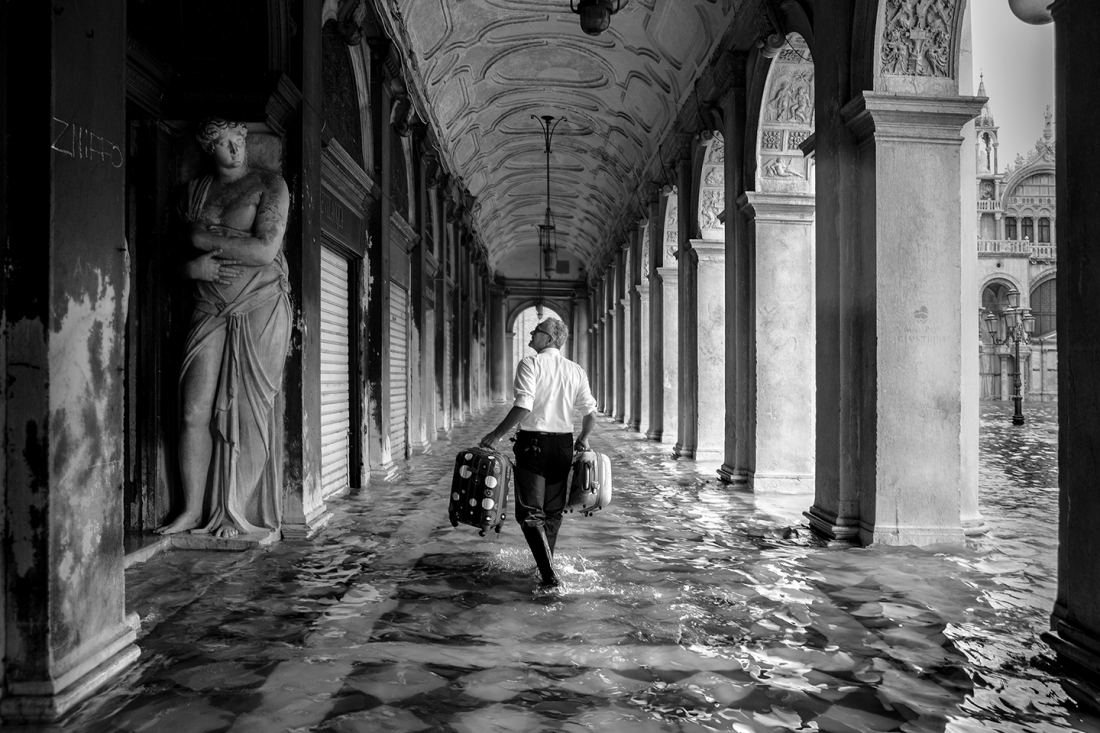 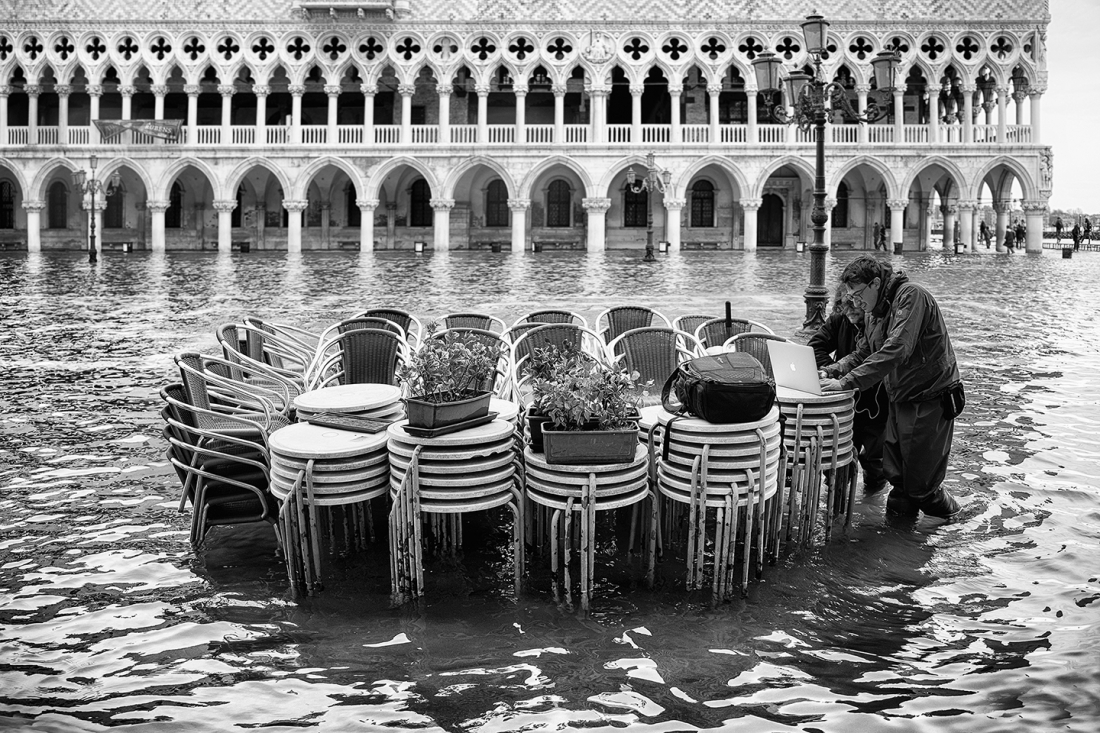 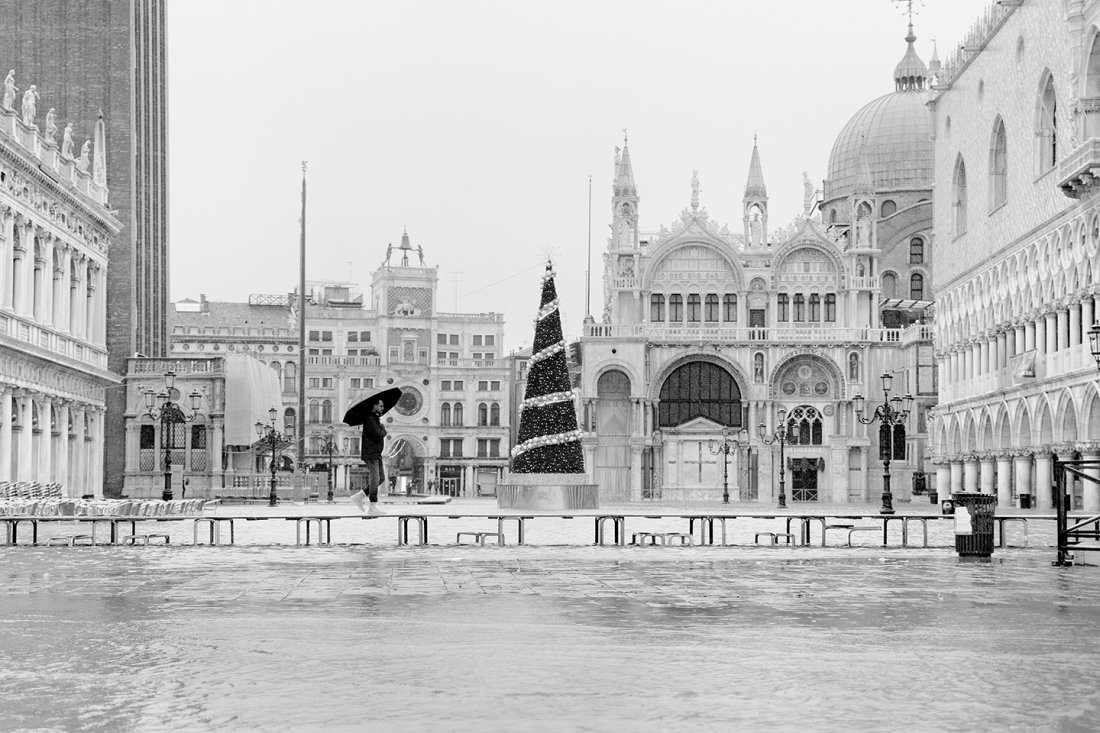 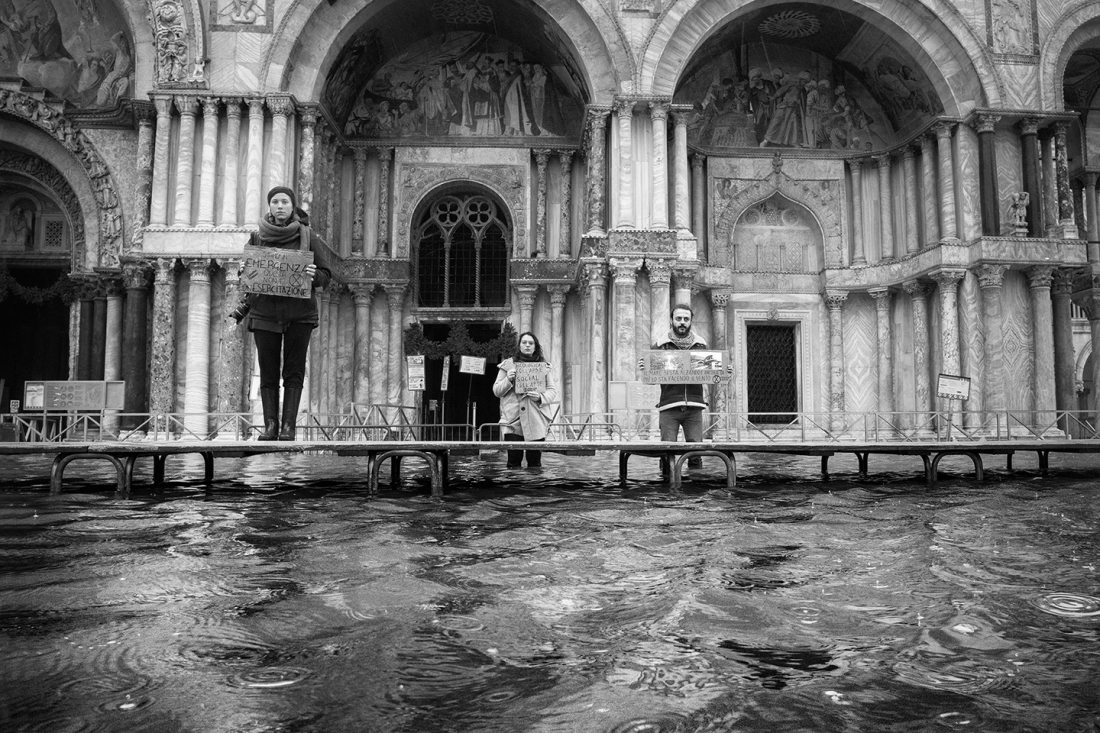 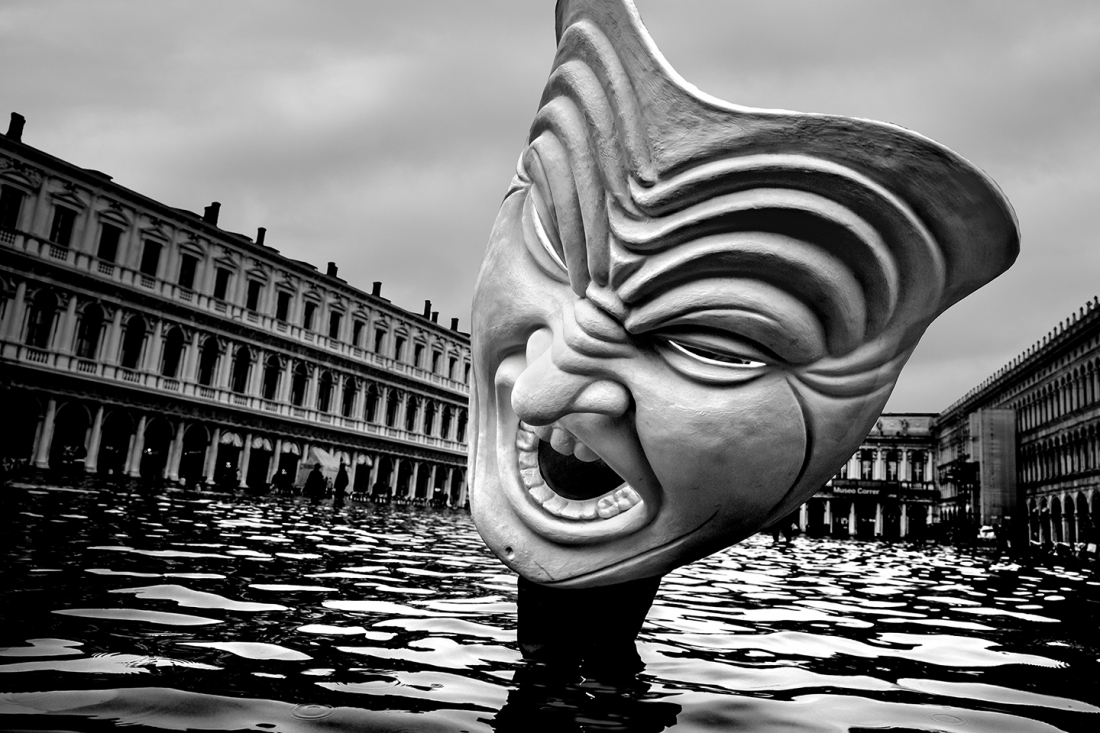 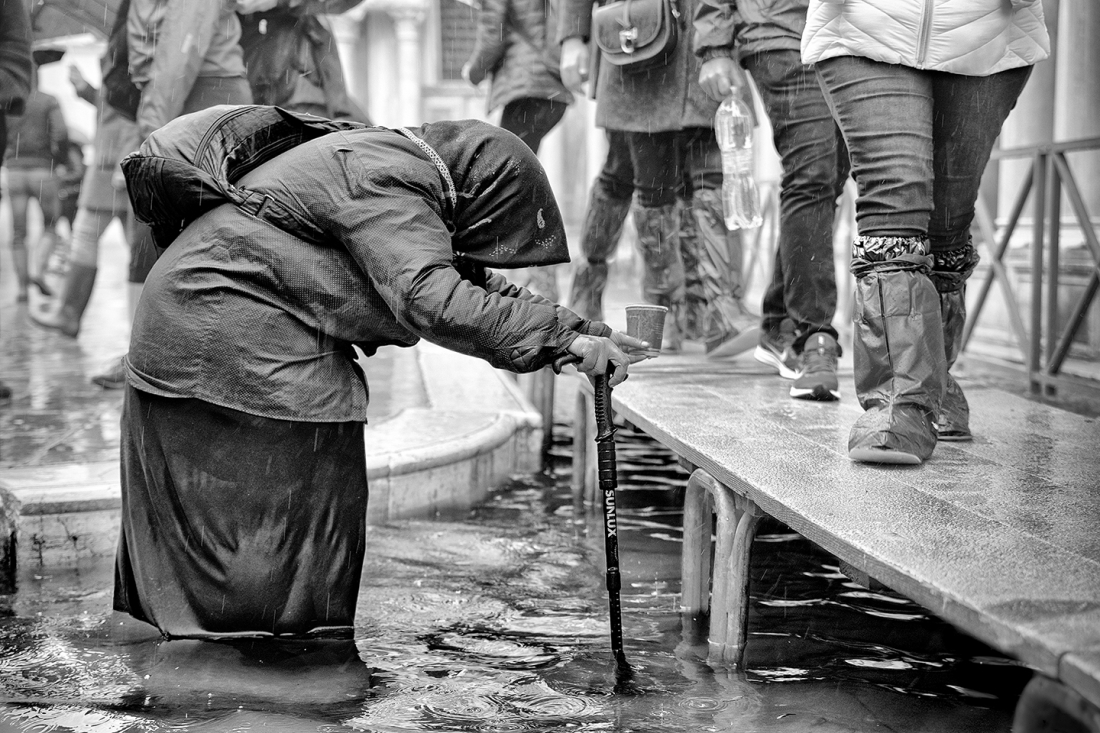 ◊ Last November Venice experienced the second highest tide in recorded history. The frequency of exceptional tidal flooding have ramped up dramatically in the last few years mainly due to sea level rise, which is expected to increase at a much faster rate in the future due to melting of Antarctic ice caused by global warming.

MOSE (Experimental Electromechanical Module) is an integrated system of gates designed to isolate the Venetian lagoon from the Adriatic sea. The entire project has been marked by questionable designs, faulty executions and serious episodes of bribery. It was begun in 1987 by the Ministry of Infrastructure. At present - 33 years after its initial plan - the project is still unfinished. In 2014, 35 people, including Giorgio Orsoni, the Mayor of Venice, were arrested on corruption charges. So far, the uncompleted project has cost € 5.5 billion to the Italian population.

I traveled to Venice on two distinct trips, on 17-18 November 2019, following the record tide registered on 12 November, and again on 22 December 2019 to photograph the everyday of the Venetian life during high tide. The gallery “the last tide” contains the snapshots of those intense two and a half days.

Marco C. Campi is an Italian amateur photographer and professional academic. His scientific studies evolve around a mathematical approach to cognitive sciences in an attempt to tie the concepts of data, patterns and uncertainty. His photographic bent developed early on in his life when he began exploring the environment with his Canon AE1. His approach to photography signs a continuity with his scientific studies where single frames are snapshots of humanity and a camera becomes a means of exploration to unveil connections and diversities in the society.
SHARE
Support this photographer - share this work on Facebook.
< BACK TO GALLERY