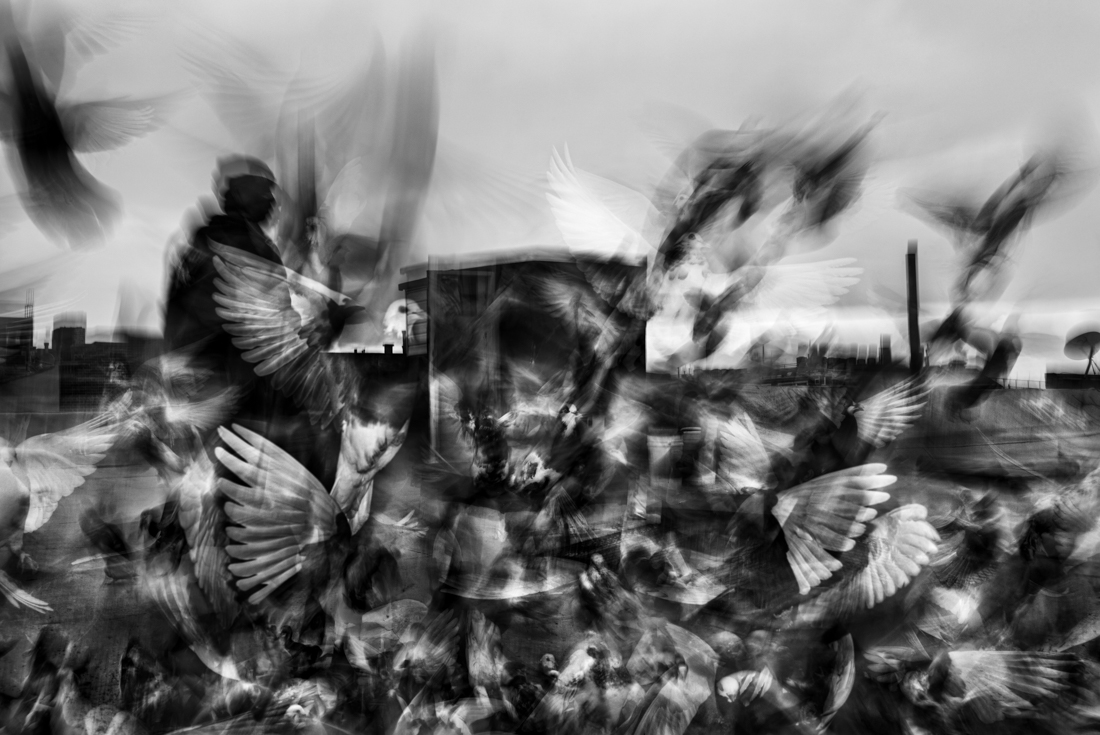 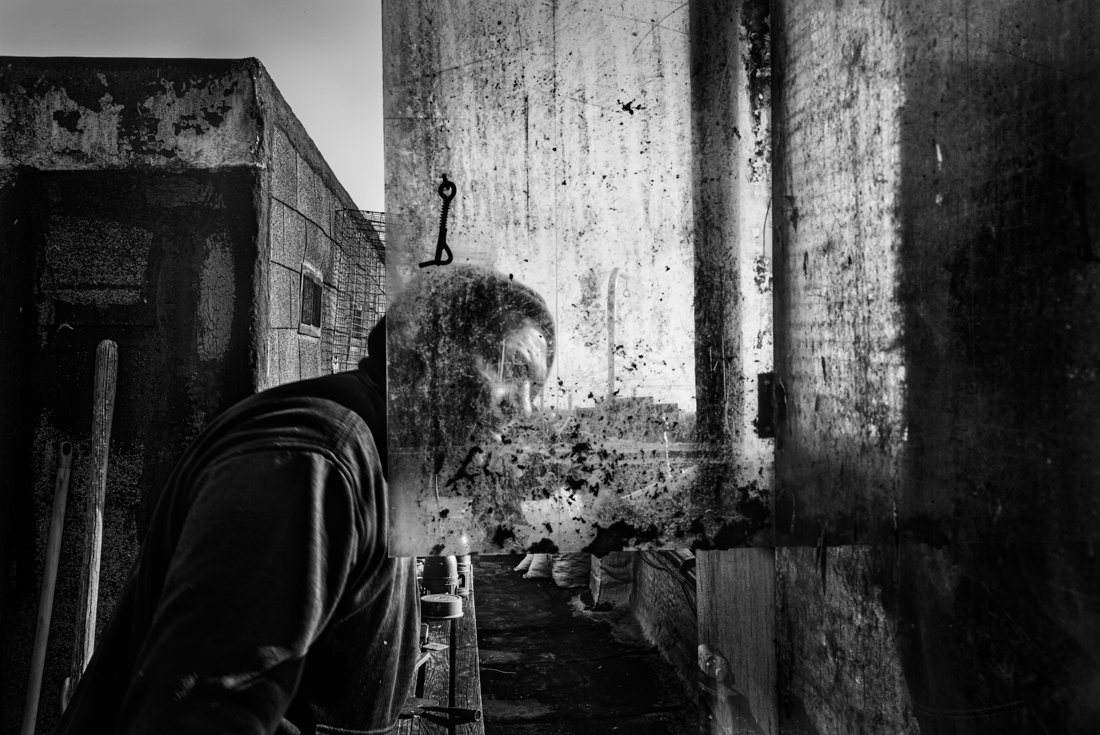 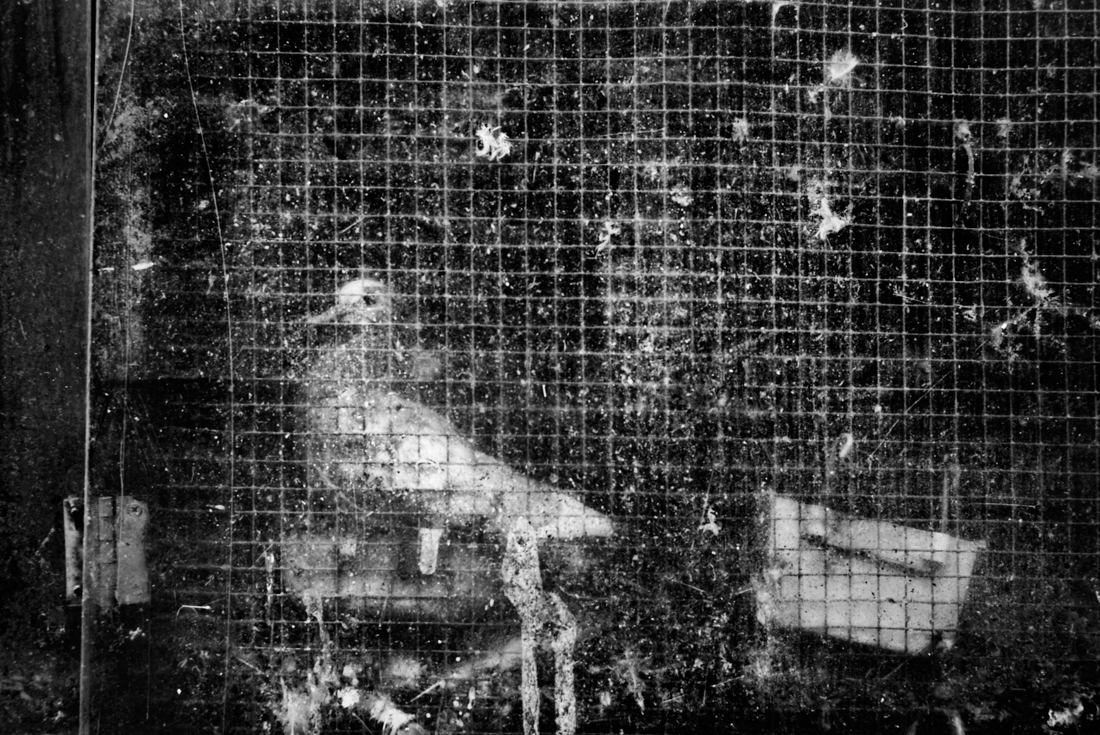 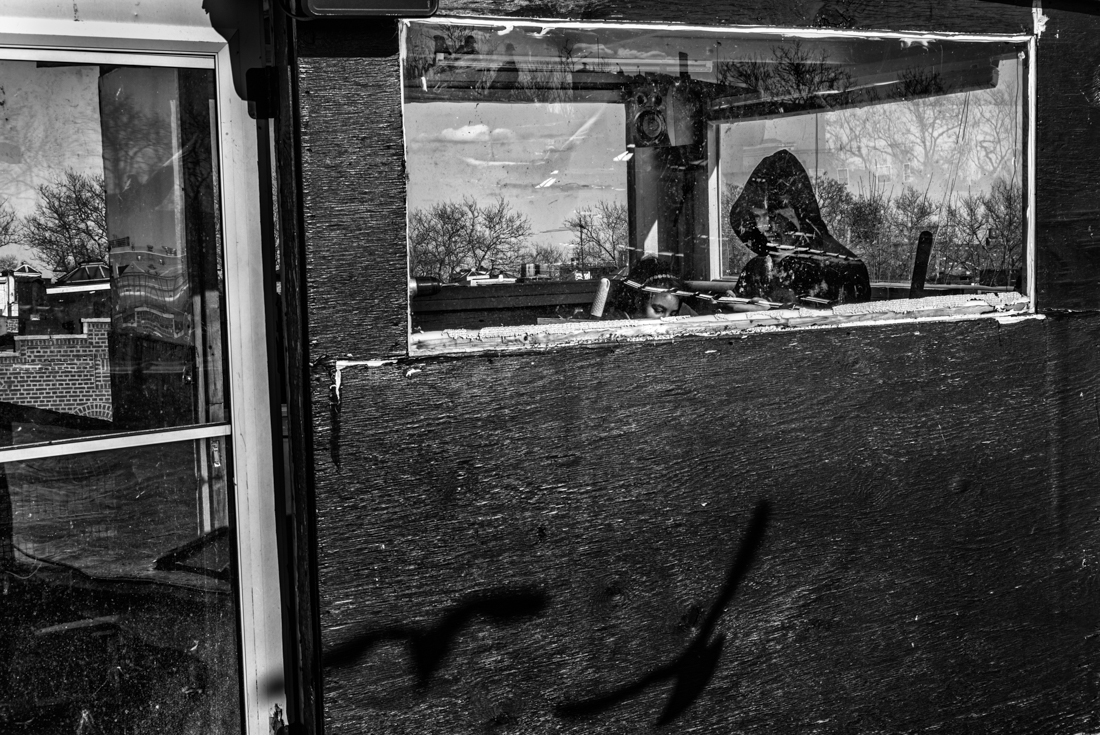 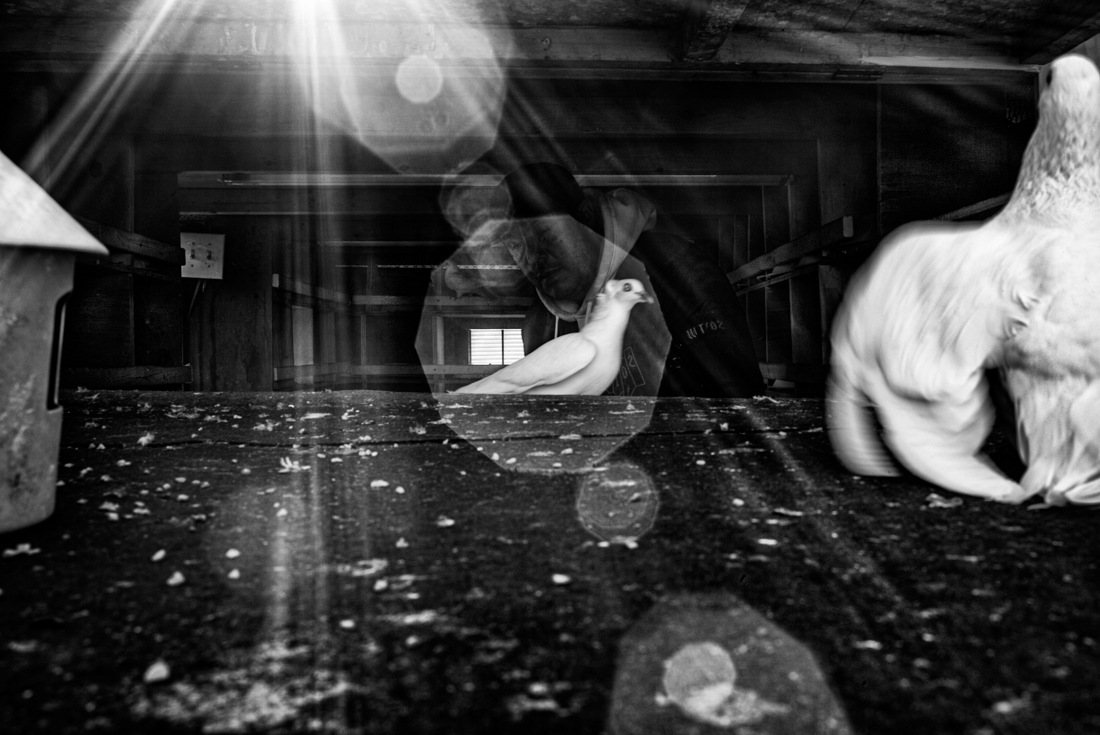 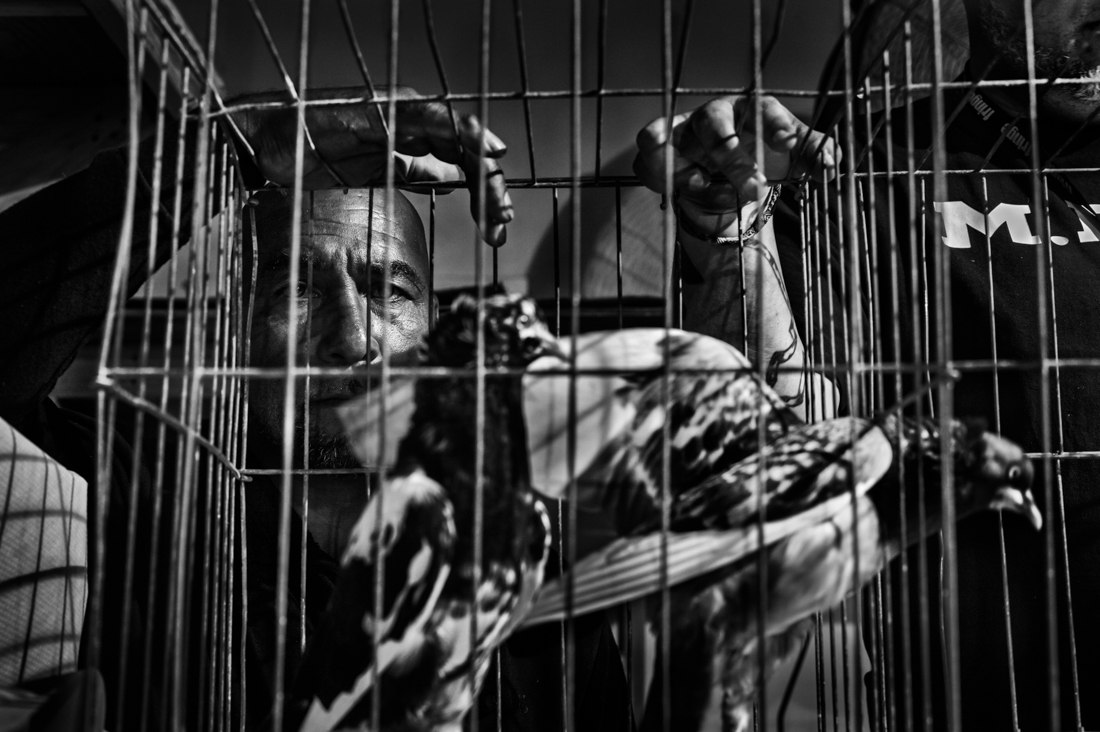 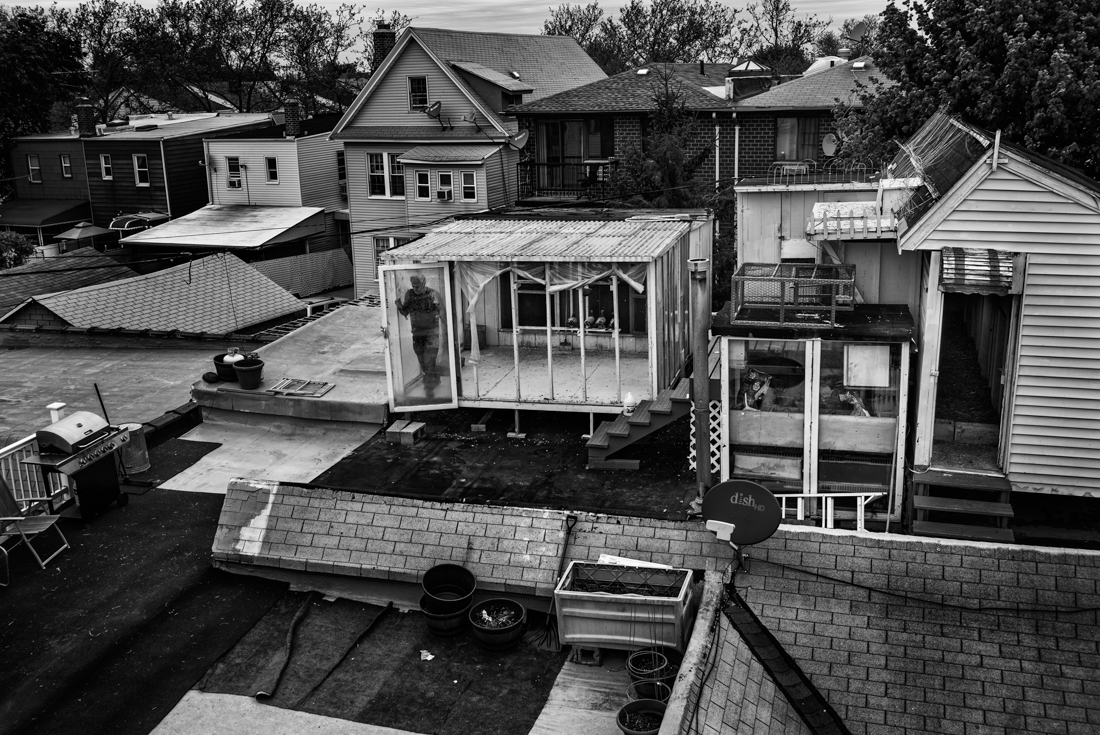 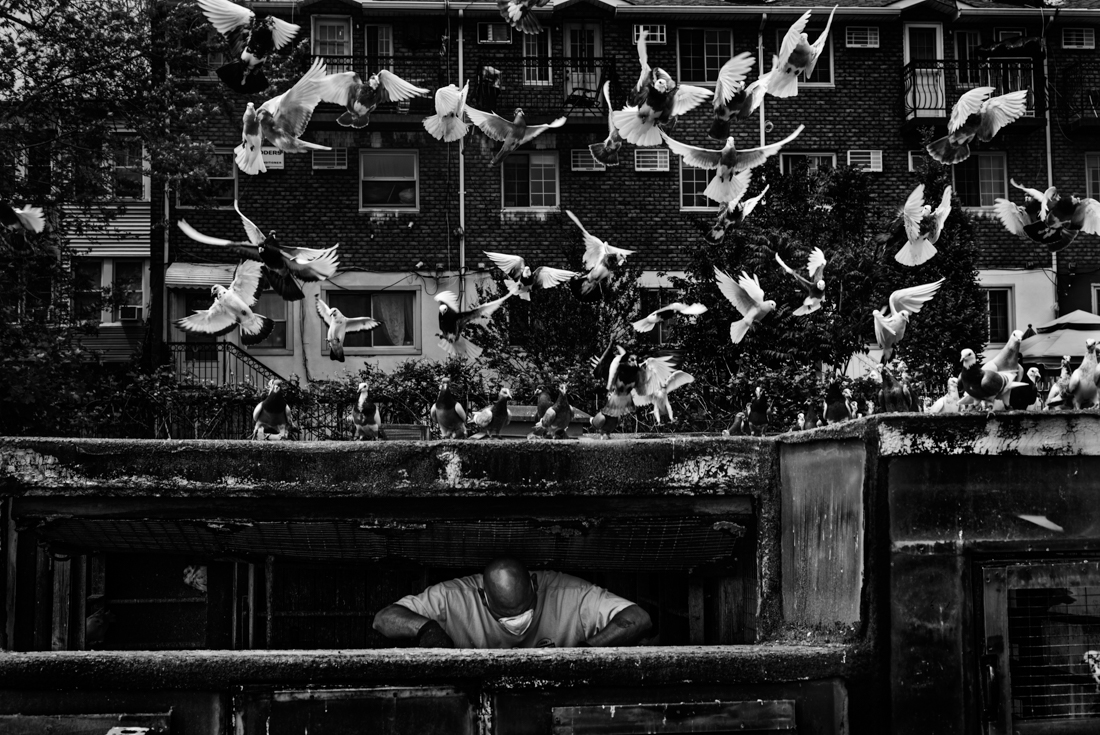 scroll left scroll right
TITLE: "The pigeons are getting braver"

The pigeon is the quintessential city bird. The presence of the “Rat of the sky” on our sidewalks is so common that people consider the bird a nuisance, if they notice them at all. But on a handful of rooftops in Brooklyn, in a small hidden world, pigeons are way more than that. Here it is about passion, hobby, a source of competition and even in some case close to a religion.

They call themselves “fliers” and own flocks of hundreds of birds that they keep in coops on rooftops. They work every day to feed them, clean the lofts, medicate the birds and most importantly, exercise and fly them.
The pigeons are getting braver is a photo-essay realized between January and May 2019. I went to met and photograph 10 of these fliers in their secret havens above the streets to understand their story, their hobby and their relation to the bird.

Pigeon breeding first became popular in New York in the mid-1950s, imported to Brooklyn and the Bronx by working class Italian and Irish immigrants. But the last fourdecades saw a newer cohort of fliers emerge, young Hispanic and Afro-Americans who picked up the hobby from the older white men when they moved into the neighborhood as kids. Collectively, through their involvement in rooftop pigeon flying, this new generation built a thriving subculture with its own set of pleasures, rules, and rewards. But today only a few of them remain.

The project is an elegiac testimony of this now dying subculture, exploring the relationship between the fliers and their birds. Between secret haven and competition, spirituality and obsession, escape from reality and rooftop alienation.

Bastien Deschamps is a wandering photographer born in Paris in 1990. After working as a sound engineer, lighting designer and venue manager, he decided in 2015 to take the road and dedicate himself to photography full time. He mainly traveled through Russia (he spend two winters in Siberia, around the Baikal lake and Yakutia), China, Japan, India, the Middle-East and the United States.

In 2019 he graduated from the Documentary Practice and Visual Journalism program at the International Center of Photography (ICP).
SHARE
Support this photographer - share this work on Facebook.
< BACK TO GALLERY