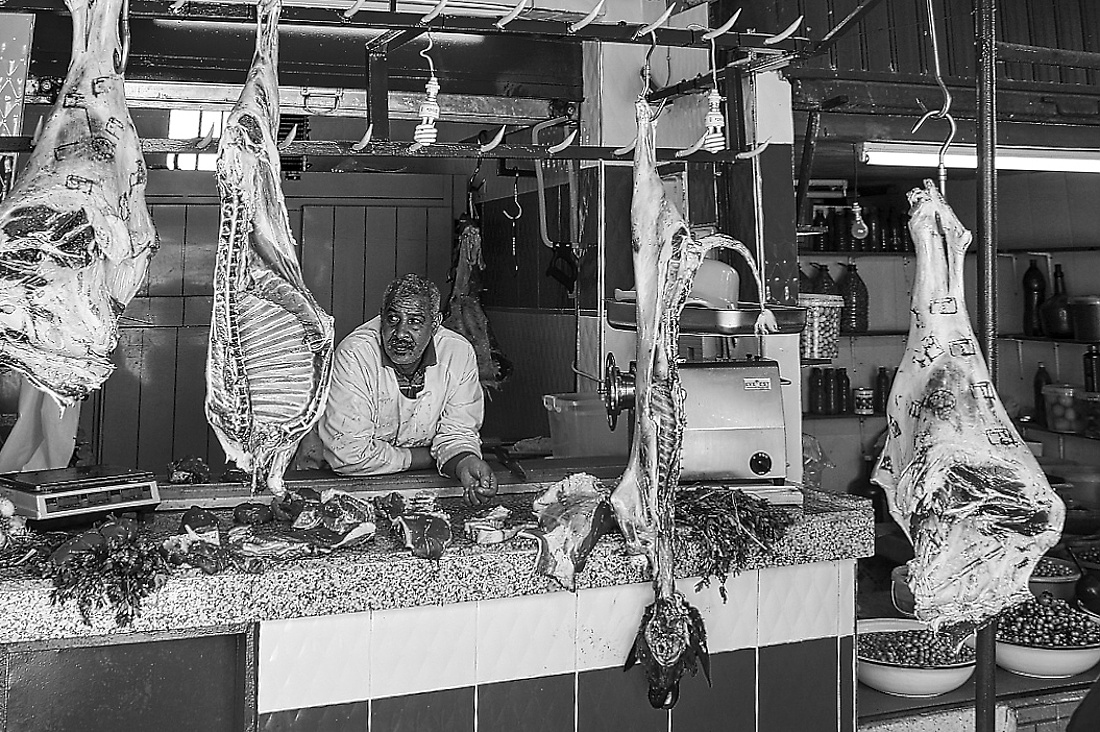 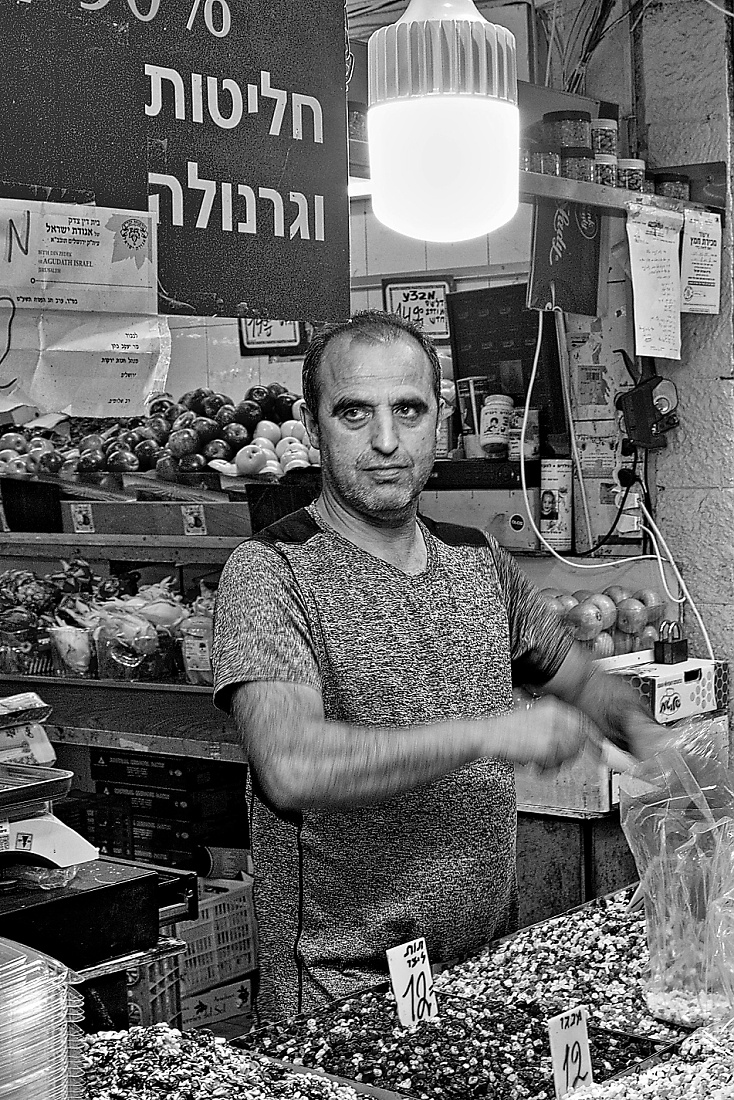 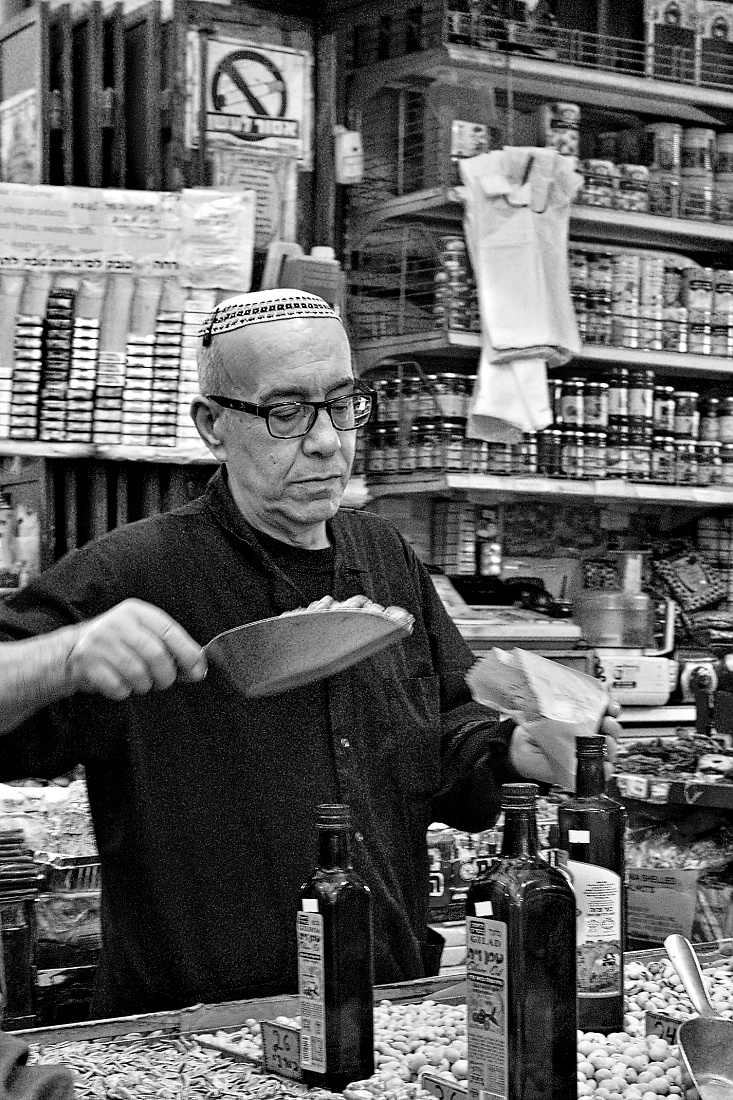 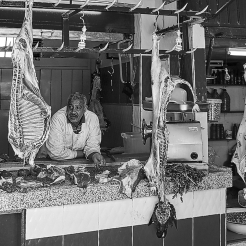 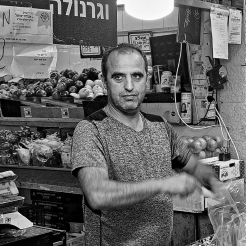 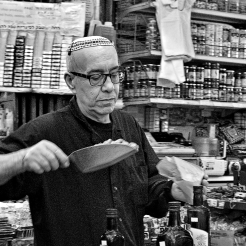 Unique atmosphere created by so many different people behind the counters at the Mahane Yehuda Market in Jerusalem.