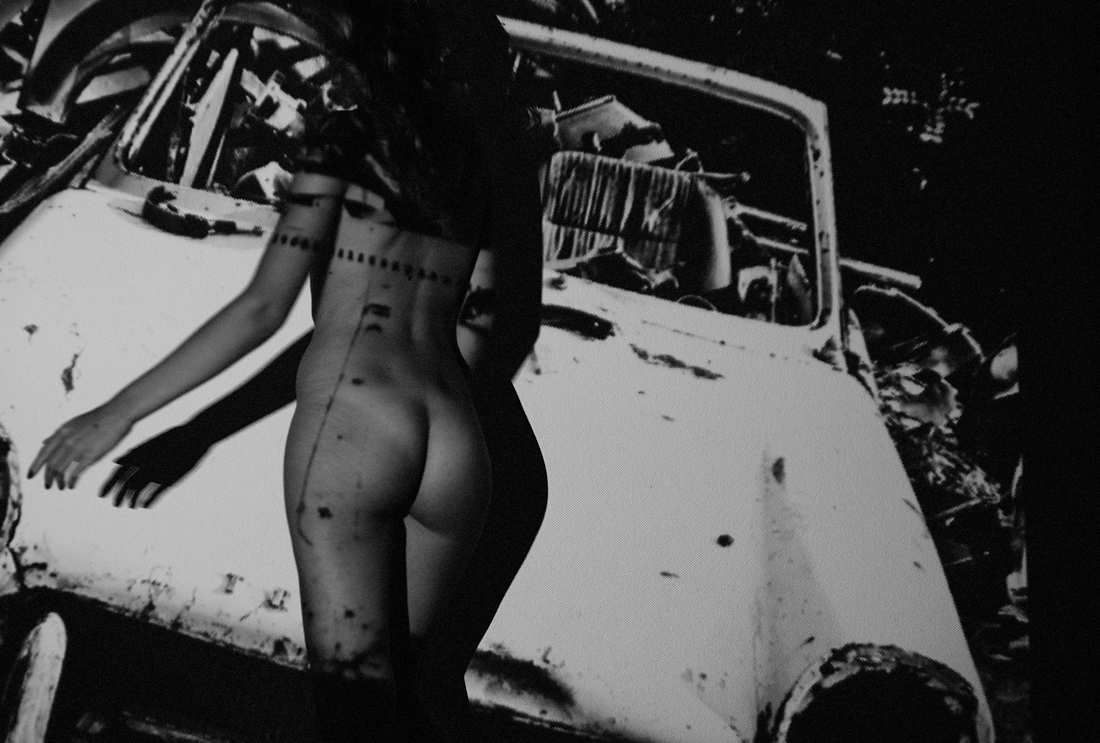 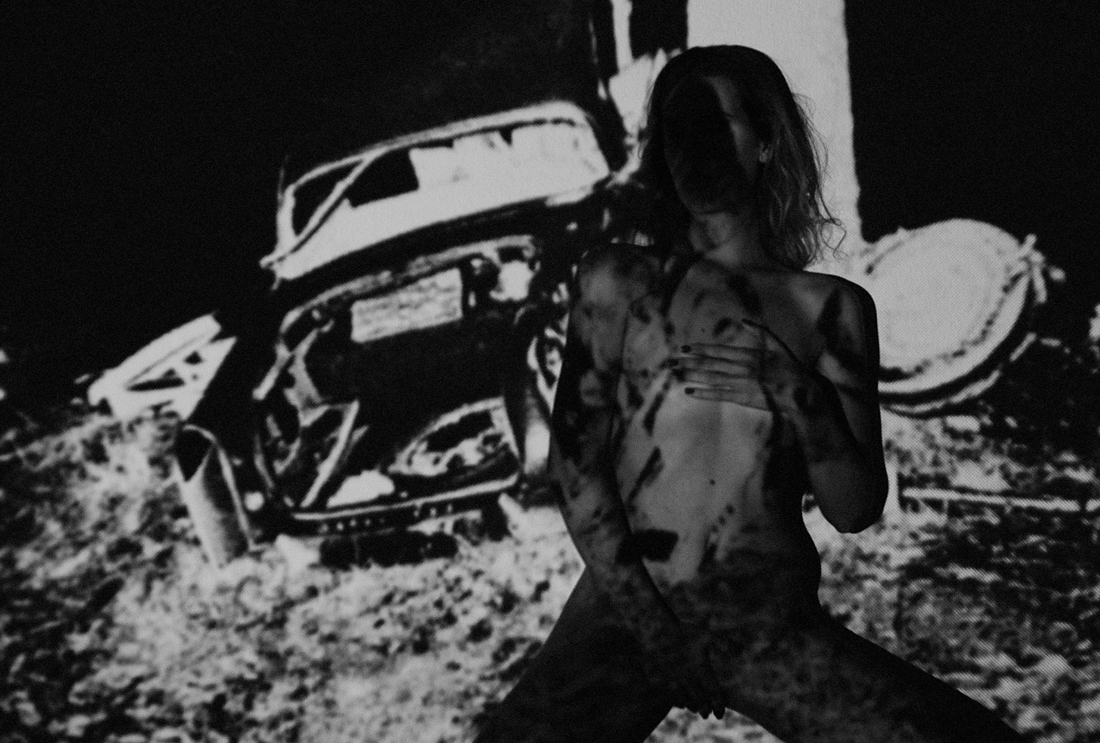 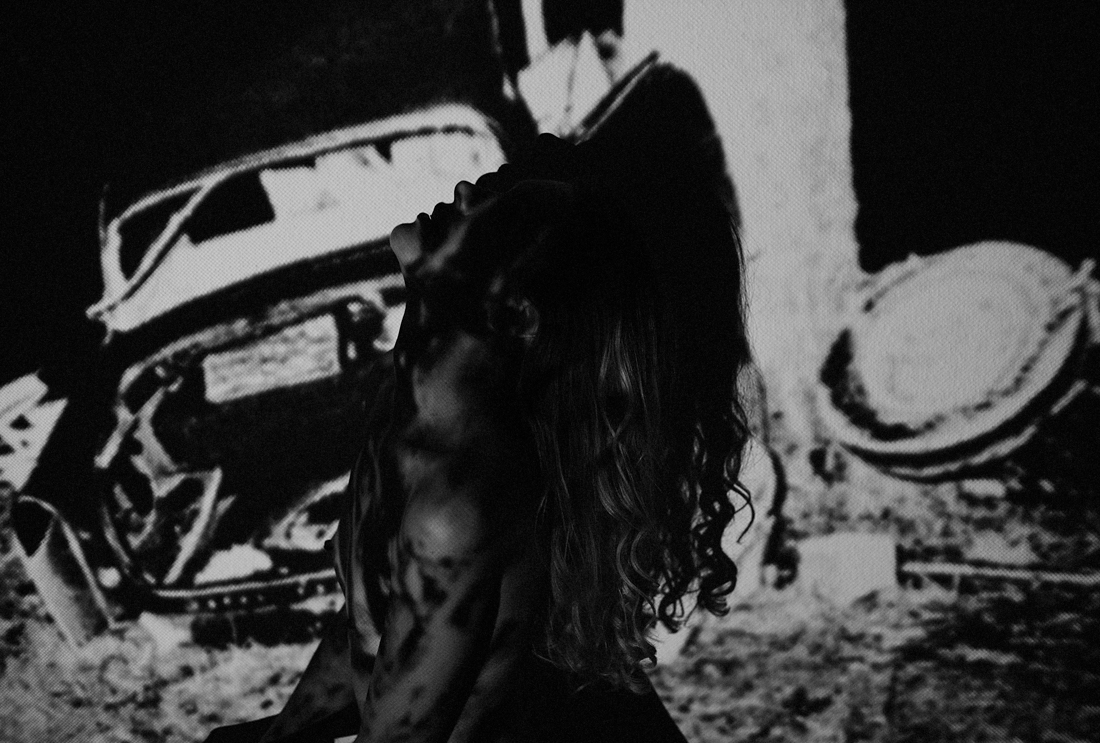 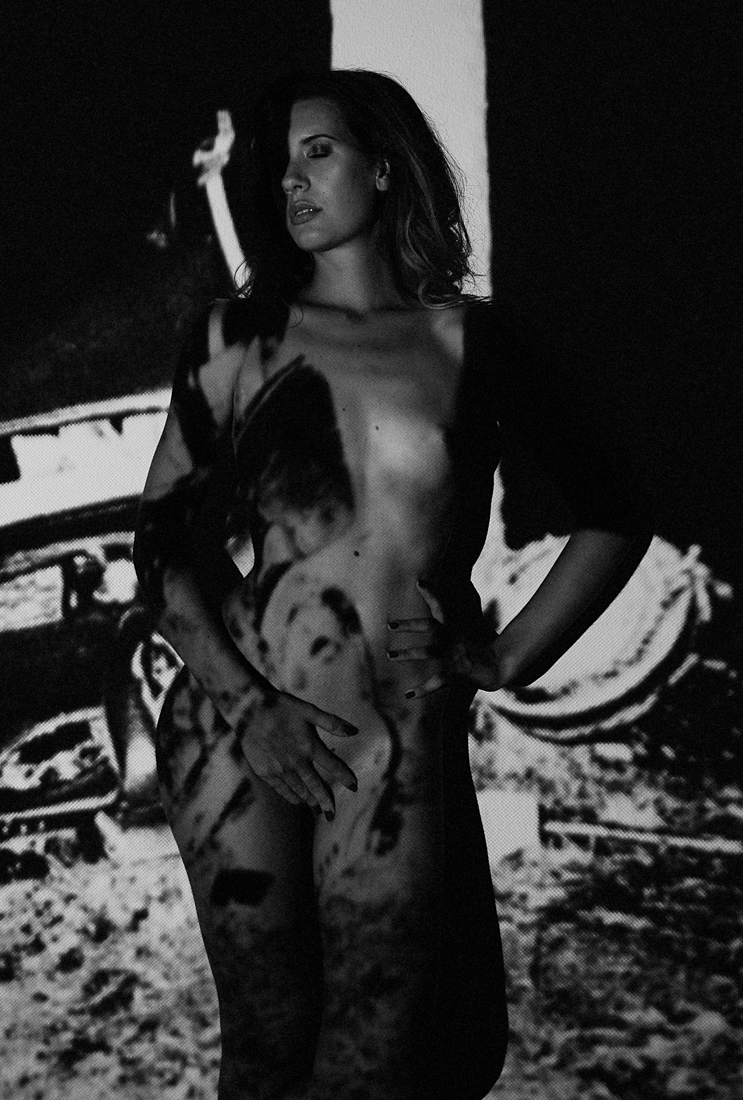 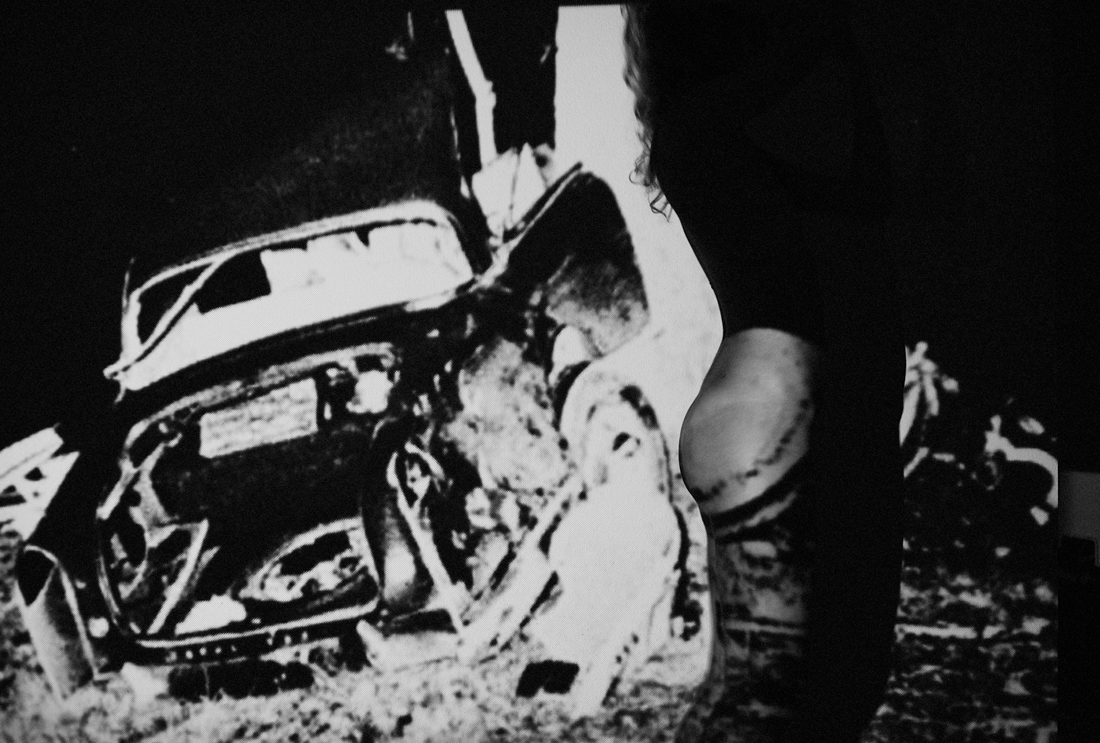 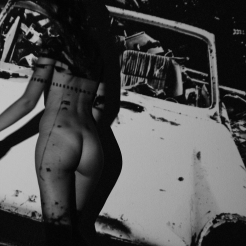 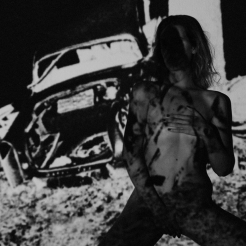 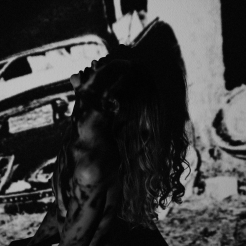 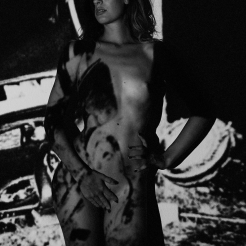 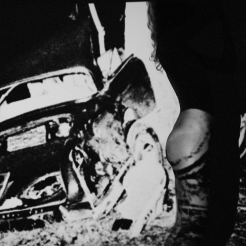 Collisions often form the basis of interactions and from molecules to galaxies, to beliefs and values, and thus shape the world around us. Collisions frequently lead to unexpected results and allow us to catch a glimpse of the workings and underlying principles prevalent around us.

Taking inspiration from JG Ballard’s"Crash", COLLISION explores the intertwining between woman and automobile in stirring ways. “Crash is a novel of outrageous and perverted sexual appetites, wherein pain, mutilation, adrenaline, and degradation are greedily consumed in unabashed pleasure (Kavanaugh)." Although COLLISION plays on this sexuality, it subverts this sexual appetite, transforming eroticized mutilation and chaos into a rebirth. In turn, COLLISION also redirects the male gaze and thus re-establishes a sexual balance by not only emerging from collided men and cars but also by intentionally withholding certain aspects of herself within the images presented. By only allowing only certain parts to be seen of herself, overlaid by the imagery of mangled men and automobiles, Collision's heroine frees herself from the Feminine Mystique and the male gaze, while overcoming and transcending destruction entirely. Hence, COLLISION, to me, abides by my magnetism to the anonymous female body, signifies my attempt at celebrating femininity on my terms, thereby undermining the mystique.

E.L.C.Y., based in Zurich, explores anonymity of the female in her fine art work, aided on by physical obstruction such as hair or car parts. In parallel, she often remains anonymous herself, although loves to engage on Instagram, where one can find her everyday work under @blackrabbitphoto.
Share
Support this photographer - share this work on Facebook.
< BACK TO GALLERY