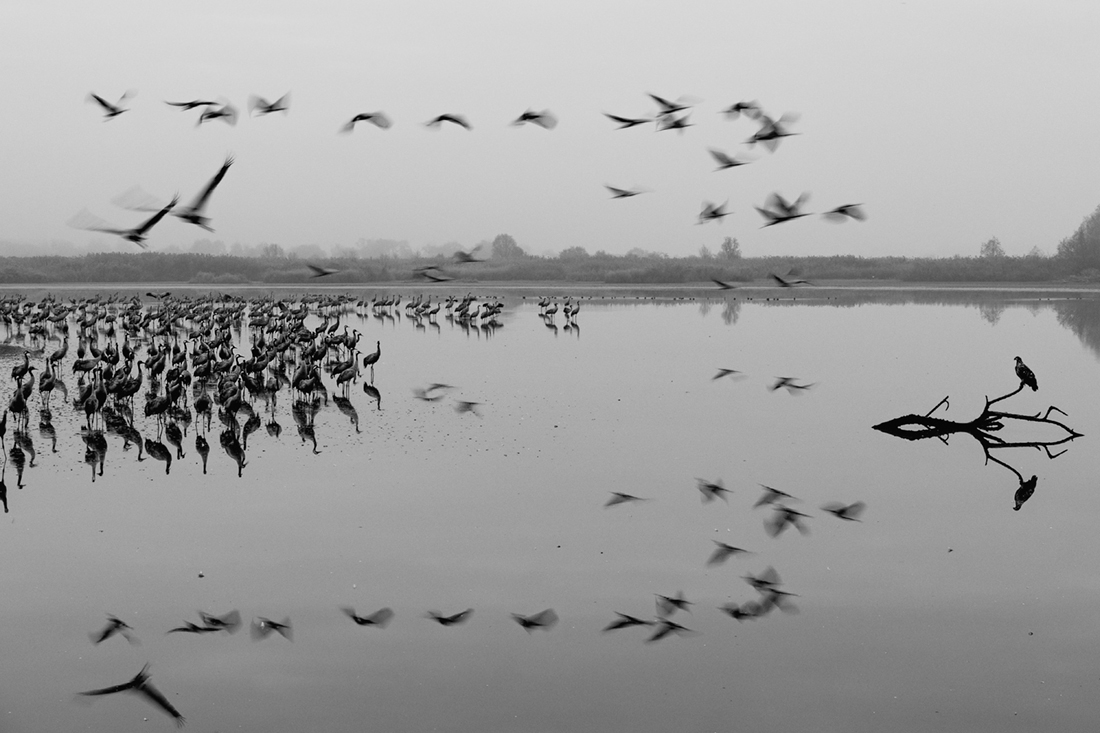 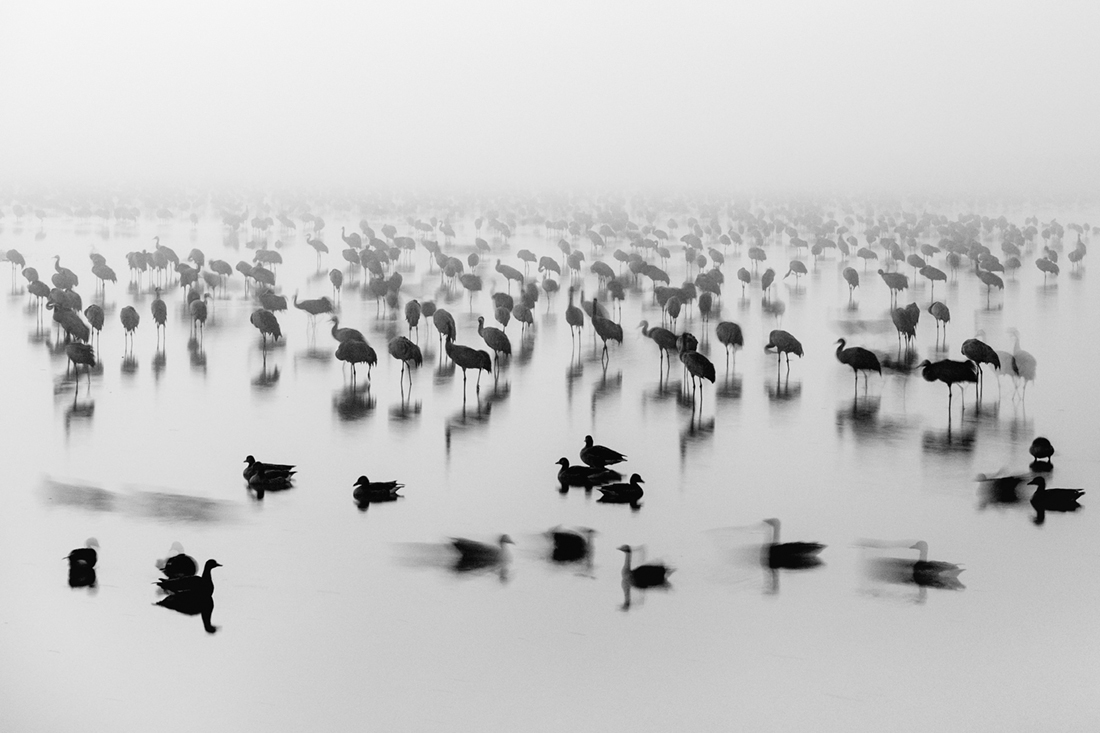 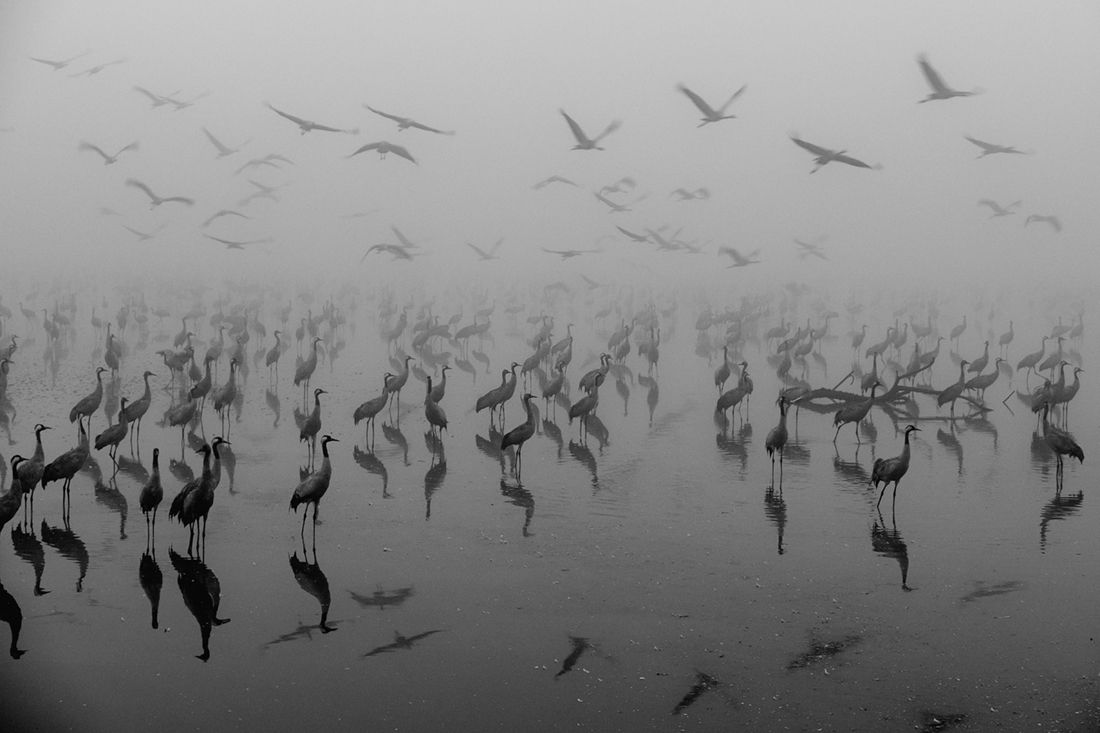 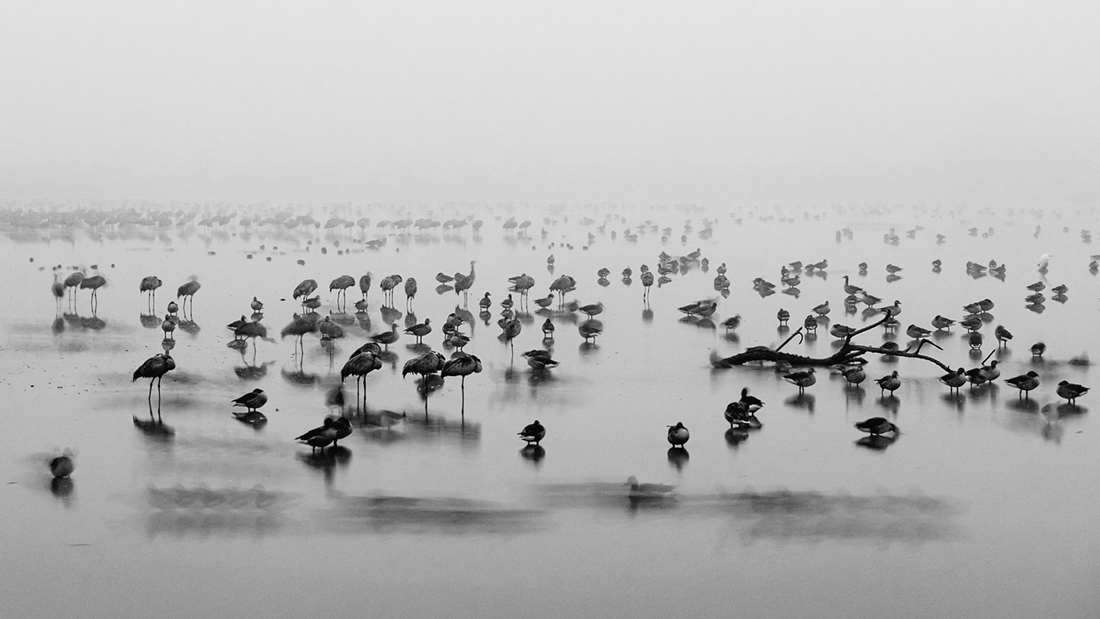 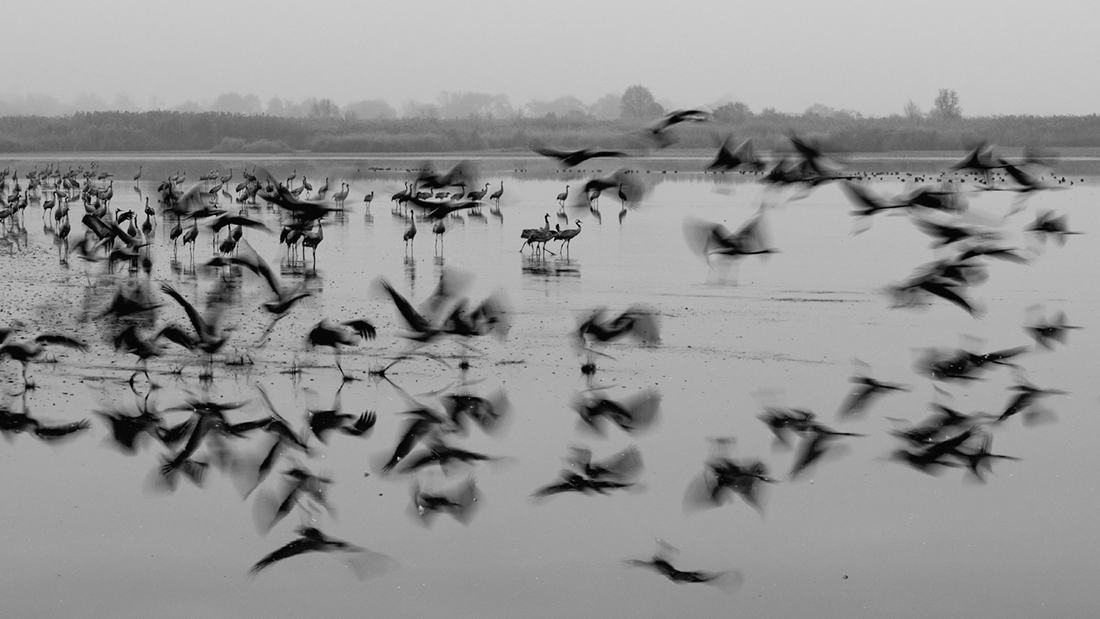 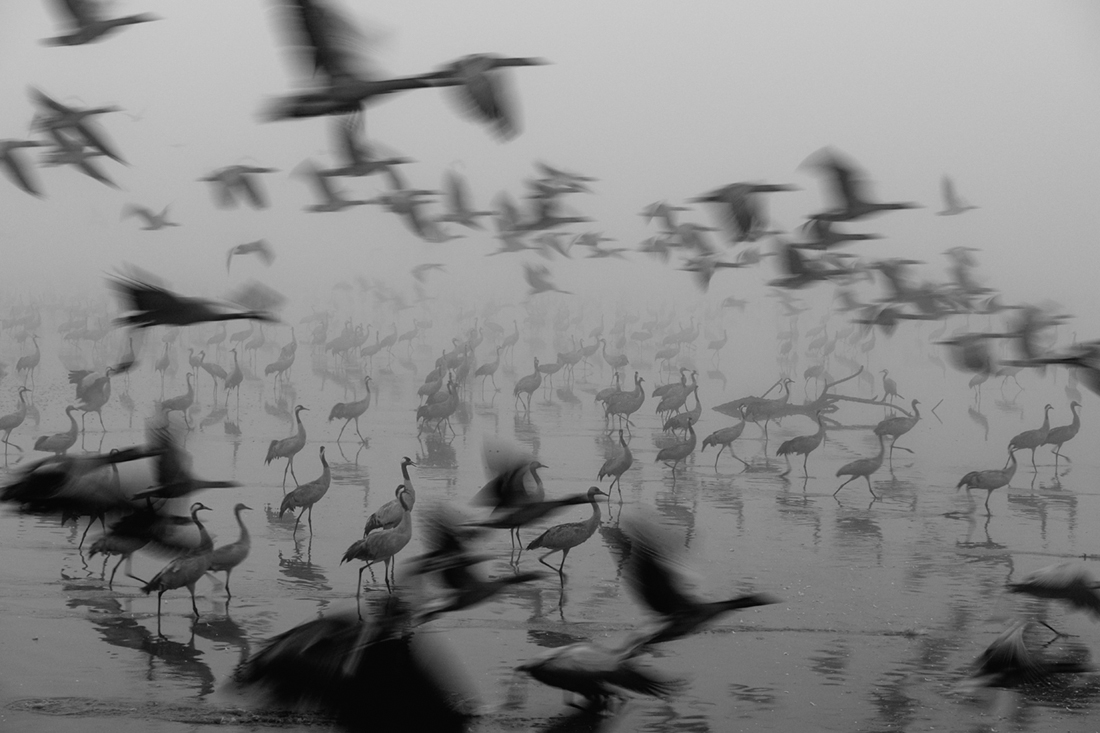 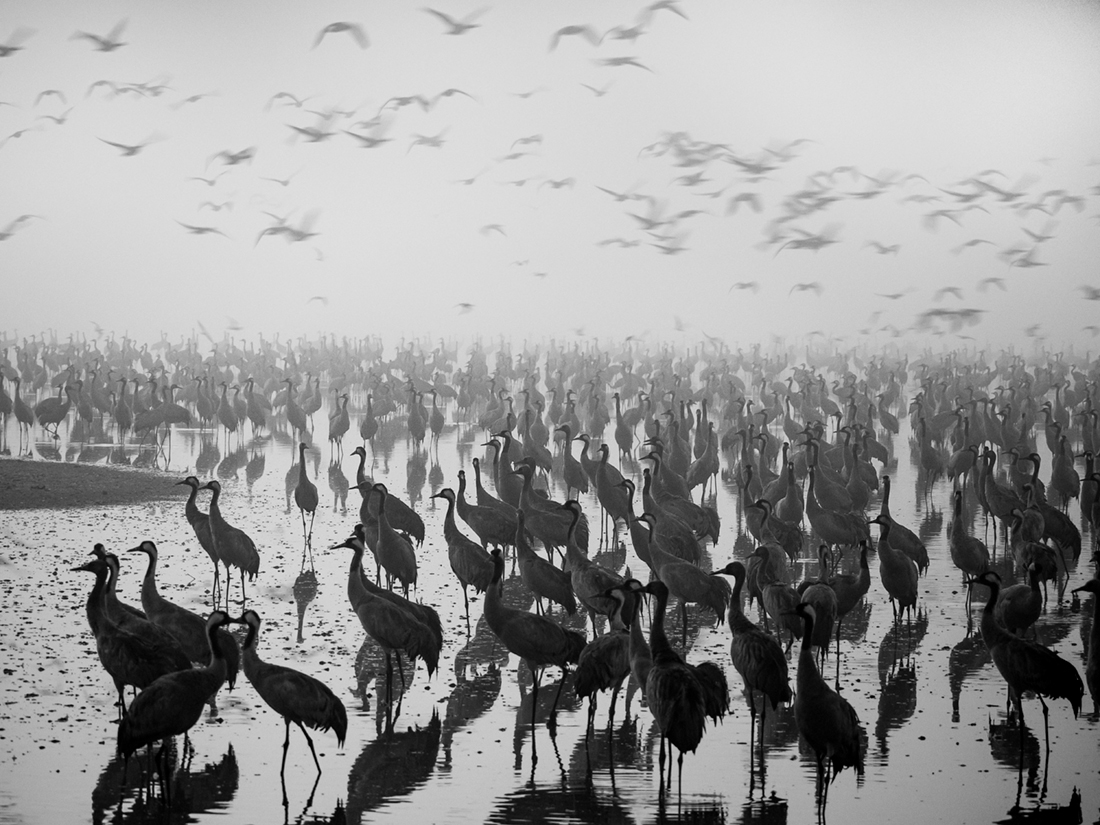 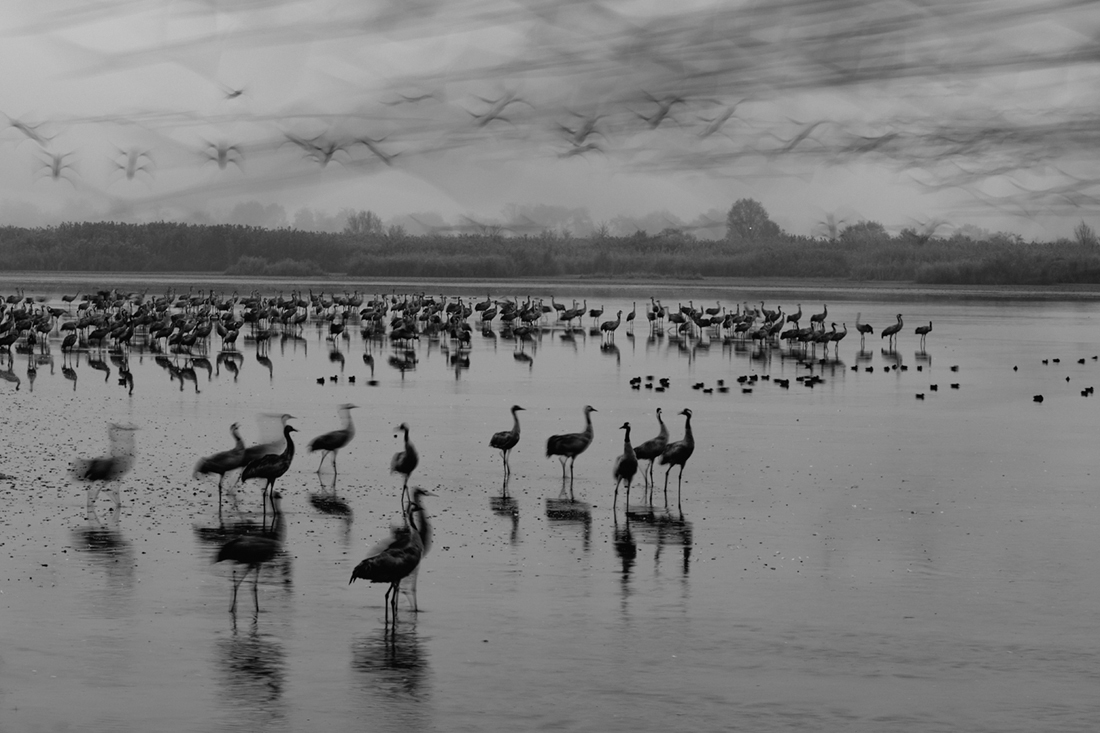 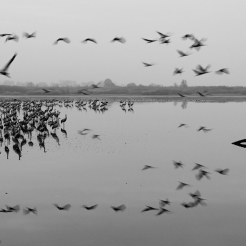 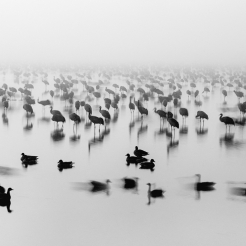 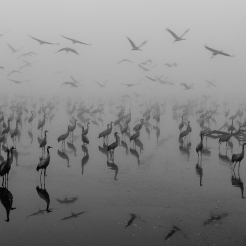 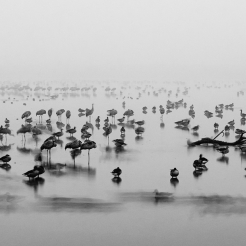 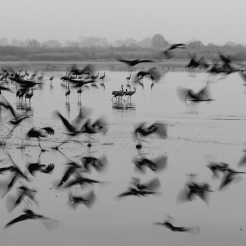 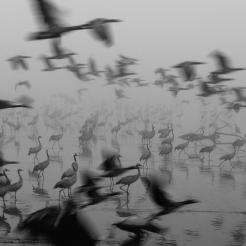 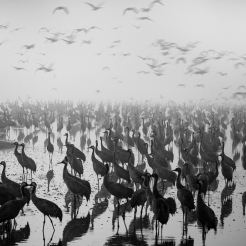 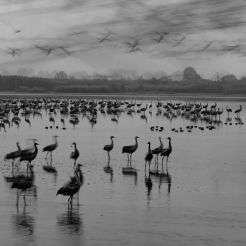 While the cranes are sound asleep in the background, the greylag geese swim excitedly on the misty lake when it is scarcely light. At some point a white-tailed eagle joined them, making them a little uneasy, but after some time the other birds decided it was not meant any harm to them.