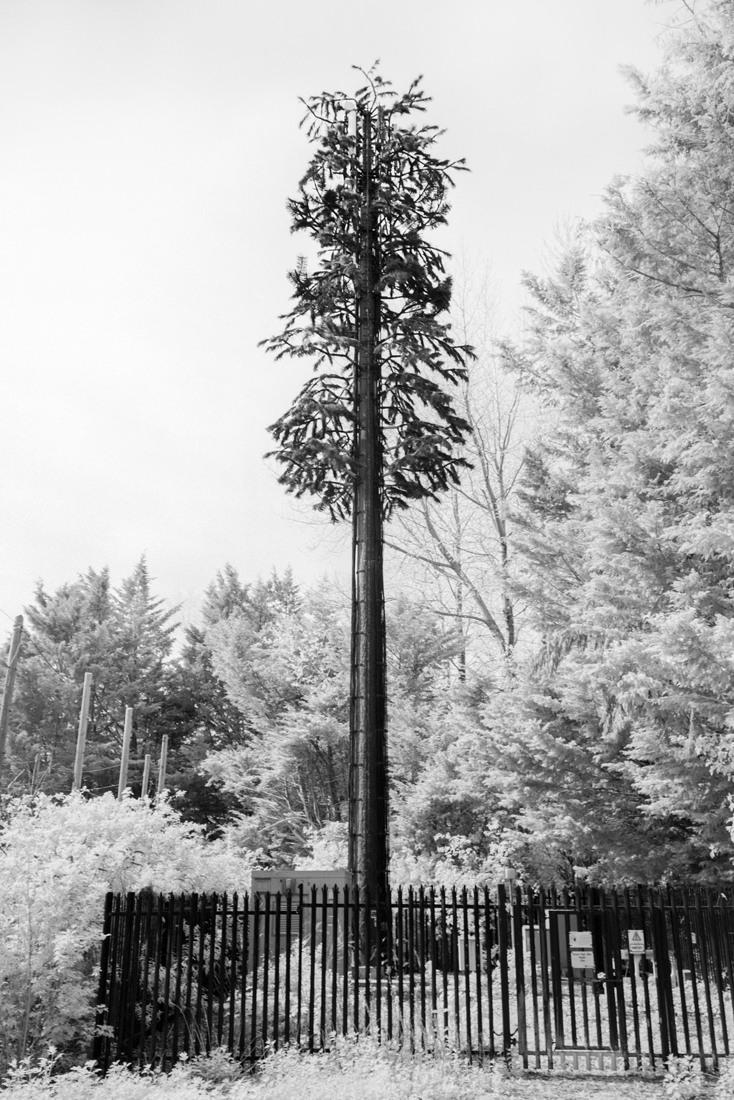 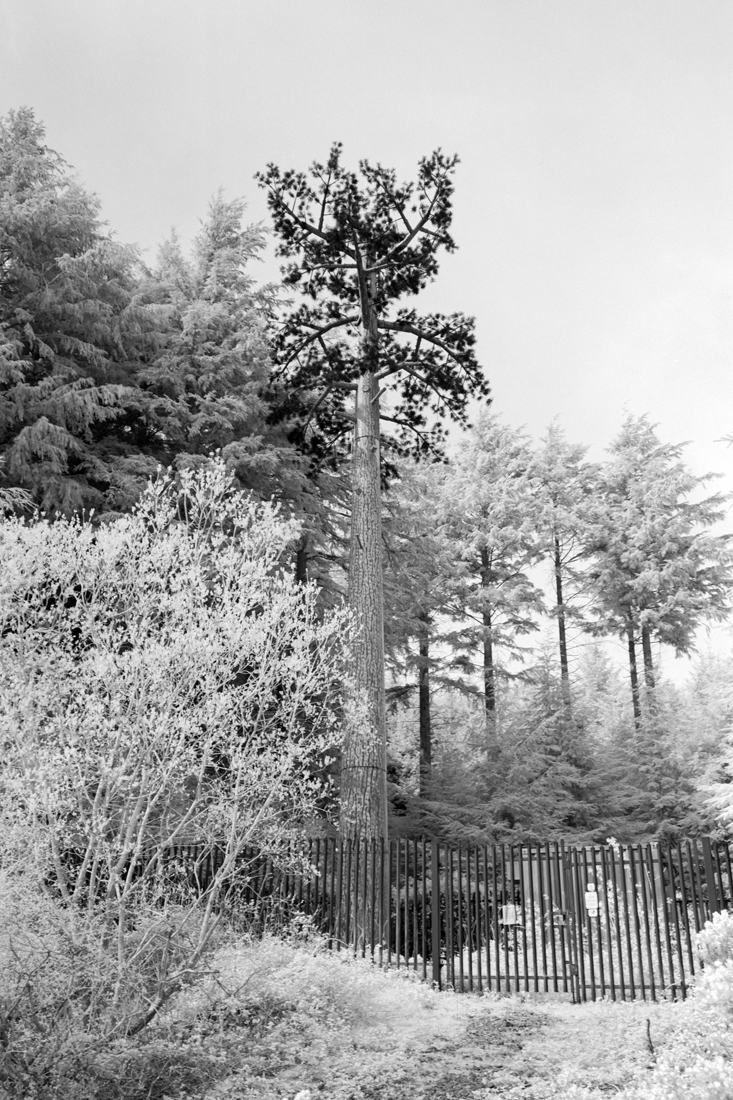 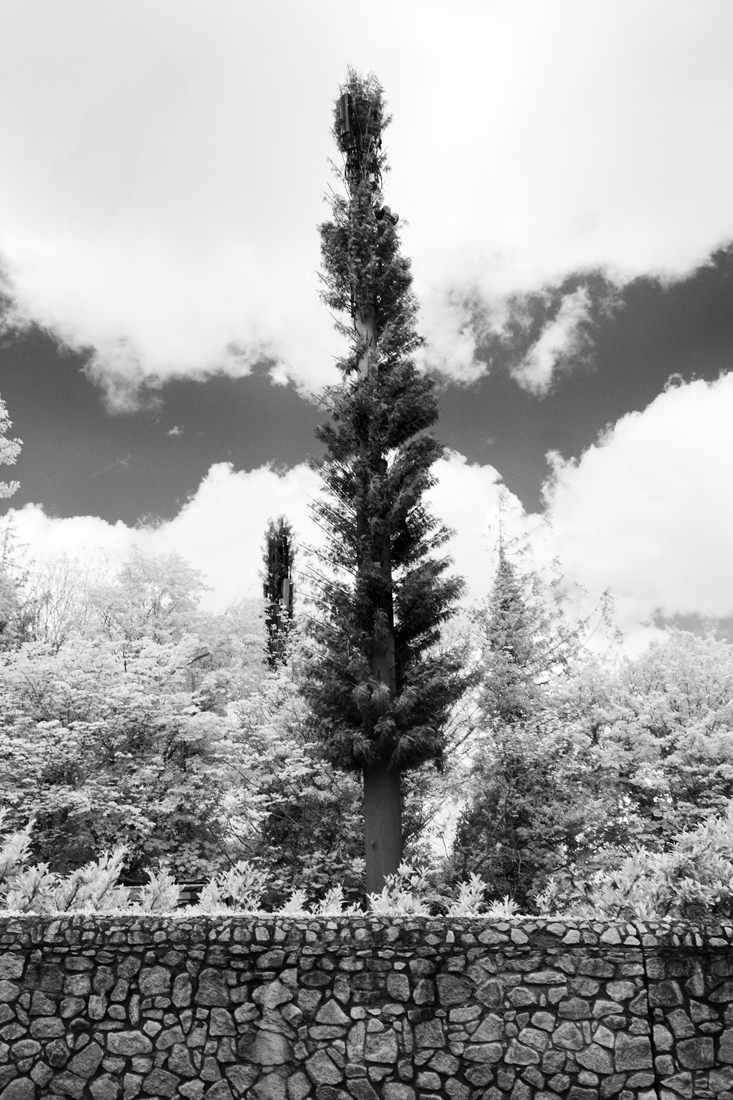 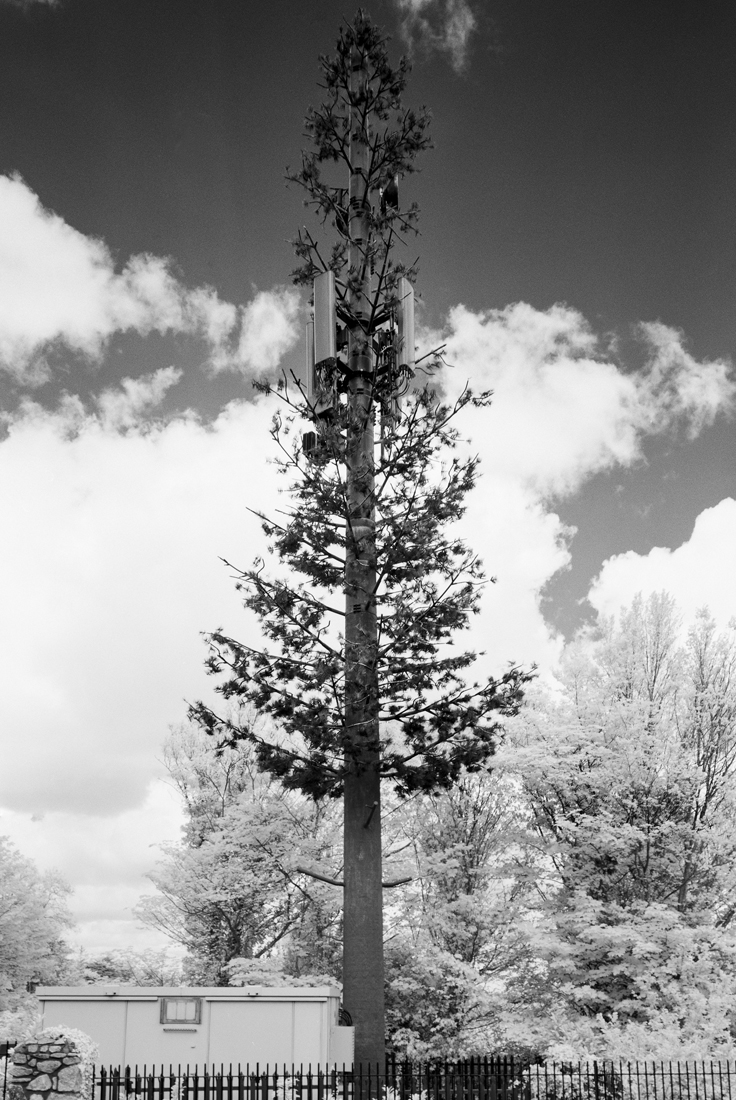 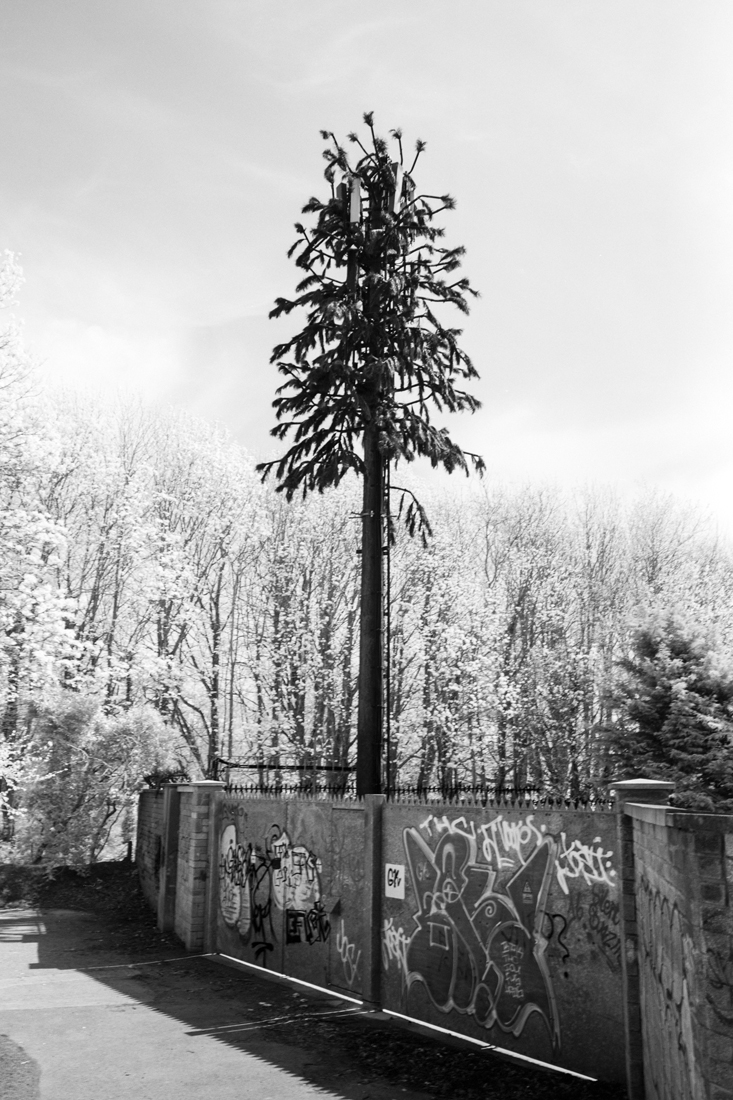 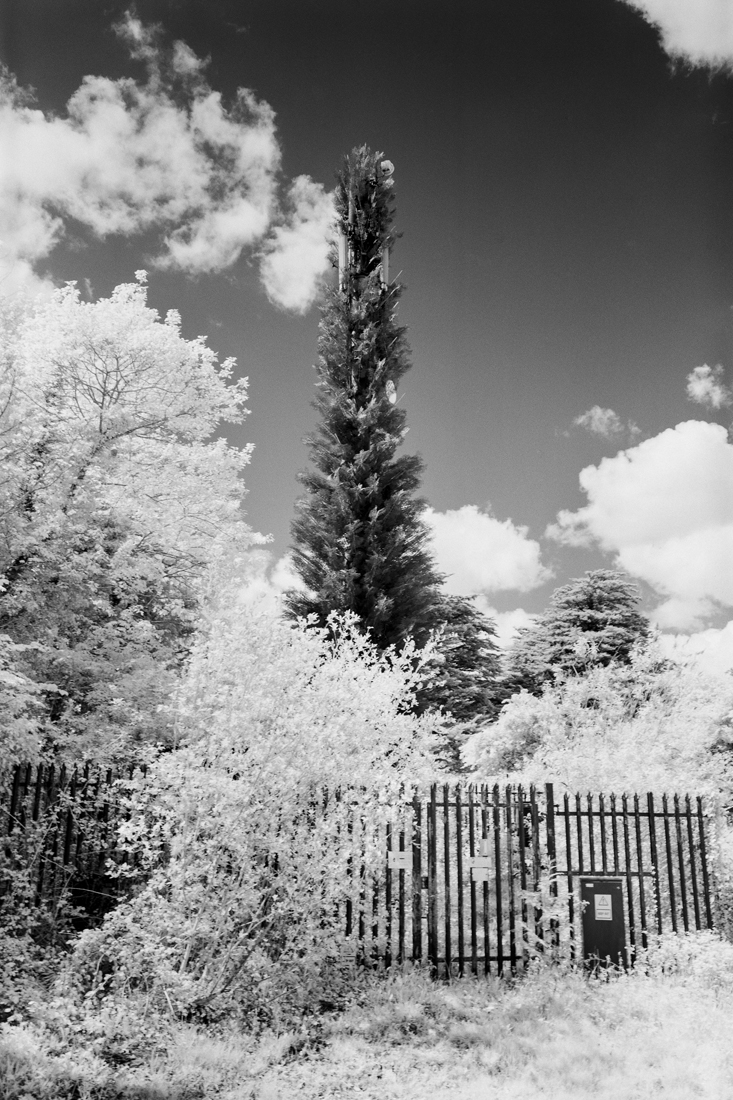 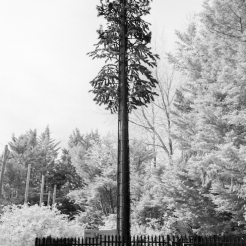 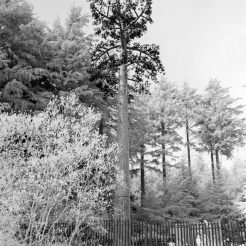 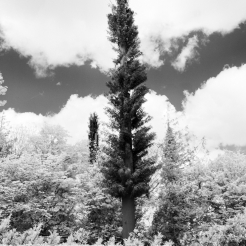 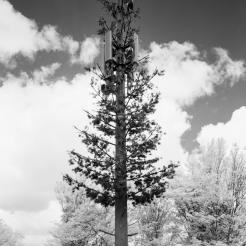 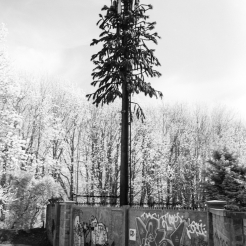 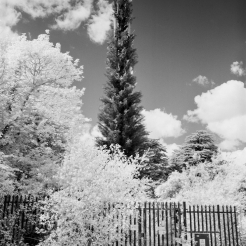 ‘Impressions of Nature’ emphasises a characteristic specific to the medium of photography; the capability to draw attention to subjects that may otherwise go unobserved. To illustrate this capability my work takes as its starting point the mundane, in the form of utilitarian structures that we would perhaps prefer not to see. The mobile phone masts which have now become a ubiquitous sight over the past 30 years in the landscape of contemporary Ireland can be considered to be such structures. Reflecting a desire for the mundane not to dominate our surroundings some of these masts have recently been camouflaged with artificial foliage so as to appear as trees. In order to interrogate the relationship of such masts with the surroundings that they inhabit I have deployed the specific medium of black and white infrared film.

The chlorophyll present in plant tissue is particularly reflective of infrared radiation. This can result in a representation of natural foliage in intense whites, in stark contrast to artificial foliage not containing this chemical compound, thereby allowing these masts to be clearly identified. The series of infrared radiation images that have been produced thereby reveal that these camouflaged masts provide a mere simulacrum of nature. In addition, having been produced as a result of photons hitting photosensitive material these images can be considered, in the words of William Henry Fox Talbot, to have been ‘impressed by Nature’s hand’.

By revealing the effects of infrared radiation the images also allude to physical phenomena around us that we cannot observe; such as the presence of lower frequency electromagnetic radiation necessary for the transmission of mobile phone signals via such masts. Thereby emphasising the capability of photography to heighten our perception of not just what is visible but also what is not.

I am a Dublin based photographer, my relationship with photography began in 2010, having bought my first DSLR in advance of a visit to Japan. The crowded streets of Tokyo provided no better place to experiment with street photography. Since this time, my interest has however leaned towards more sedate environments. I am currently interested in how we interact with and perceive spaces and objects in the landscapes that we encounter. This interest is present for me whether those encounters are in the remote icy and sometimes mist covered land of Iceland as in the series ‘Mist and Cloud’ or utilitarian structures trying to go unnoticed in more mundane environments as in the series ‘Impressions of Nature’. I have also used landscape as a backdrop for staged fine art images as in the series ‘Unknown Paths’, which reflects upon our inability to know which path life may have in store for us.
My work has been included in exhibitions as part of the PhotoIreland Festival and also been selected by Esc Zine for its 2013 ‘Abroad’ exhibition at the Eight Gallery, Dublin. In addition, I have won a silver medal in The Irish Times Amateur Photographer of the Year Awards in 2012 for my image ‘Into the Mist’ which forms part of the ‘Mist and Cloud’ series referred to above. From 2012 onwards, my focus has been on working through a series of third level courses in photography and I am currently completing the final stage of an honours degree programme with the Open College of the Arts in the UK.
Share
Support this photographer - share this work on Facebook.
< BACK TO GALLERY