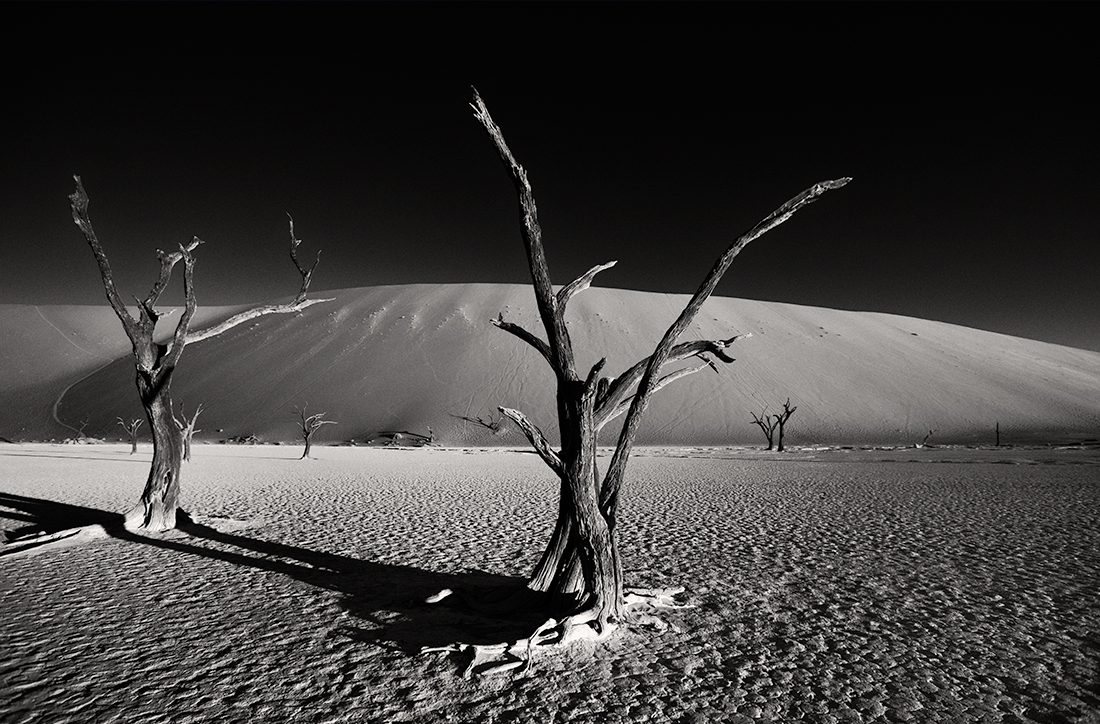 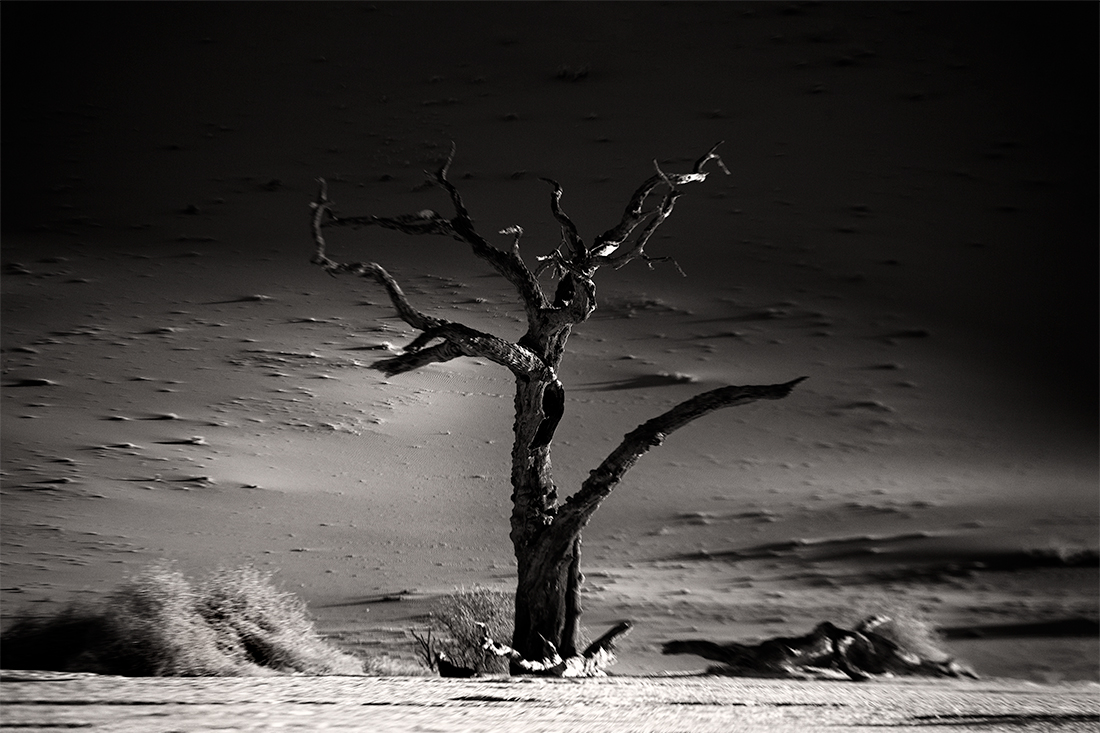 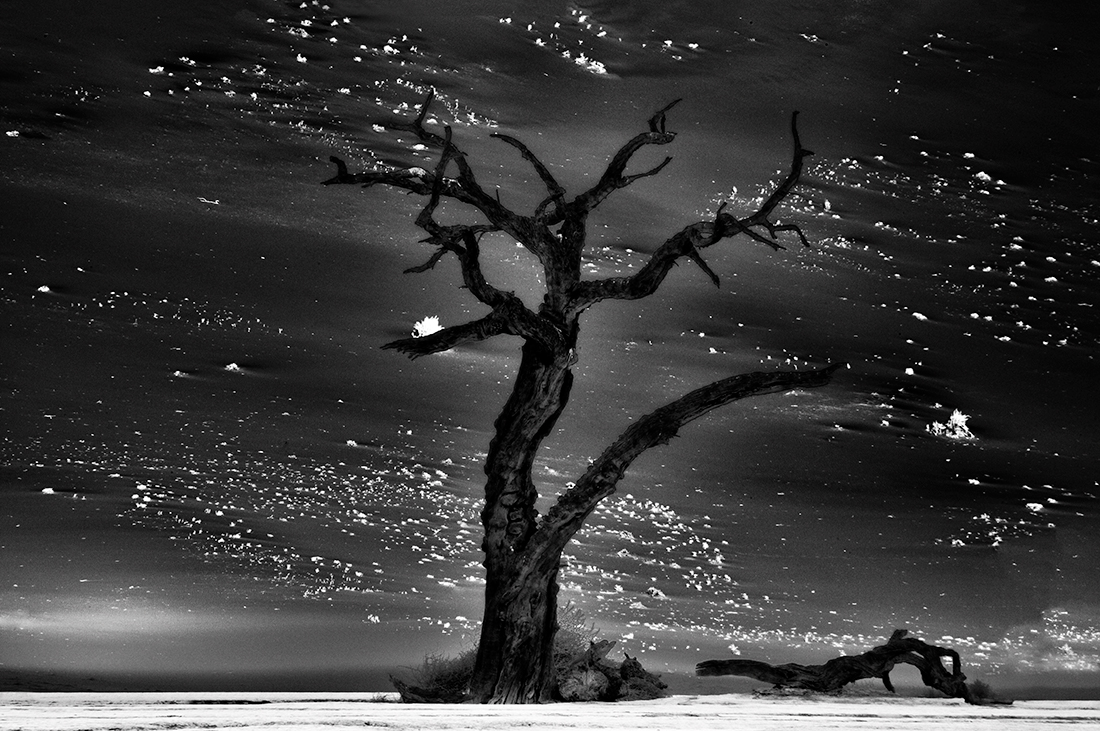 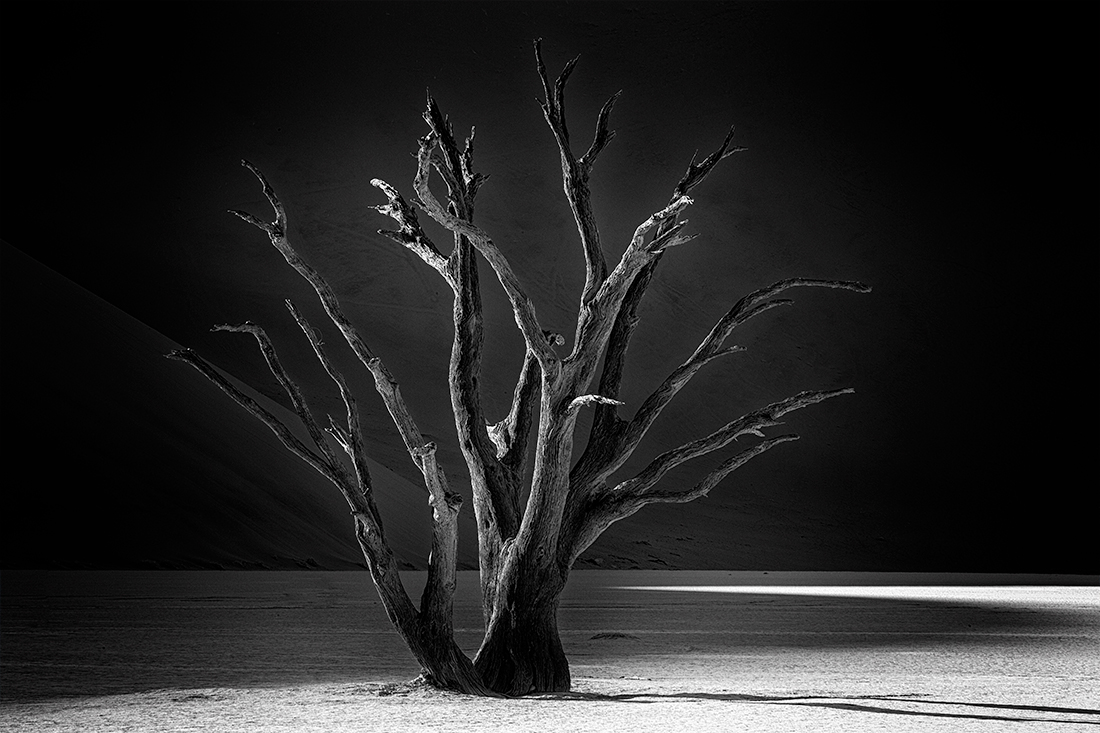 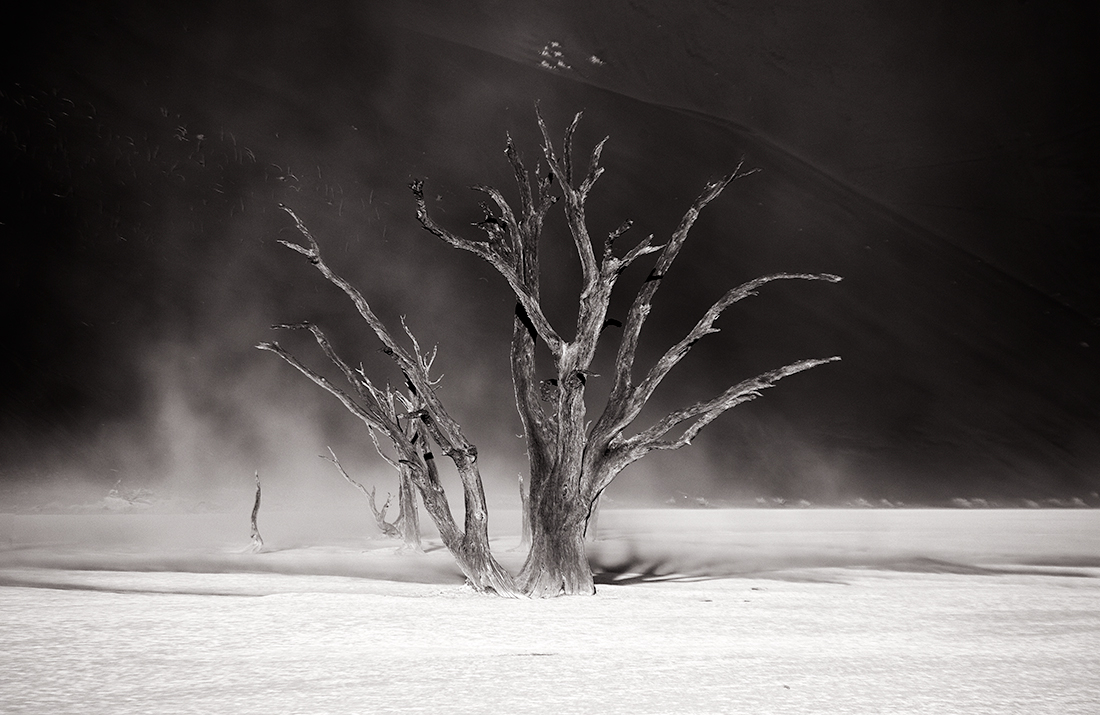 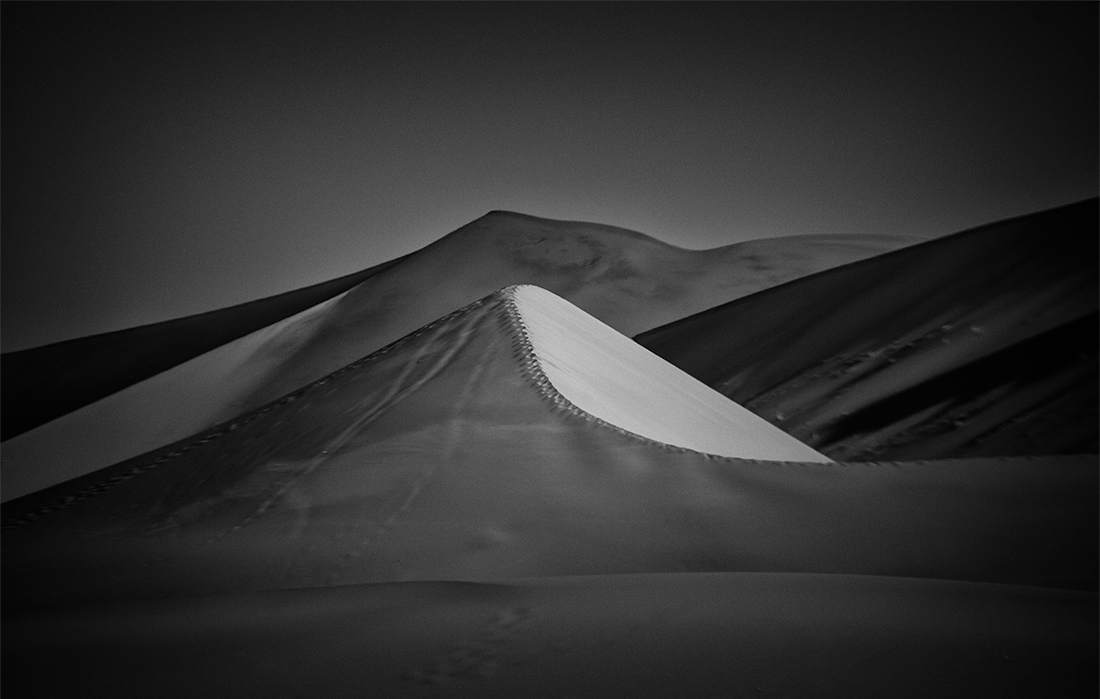 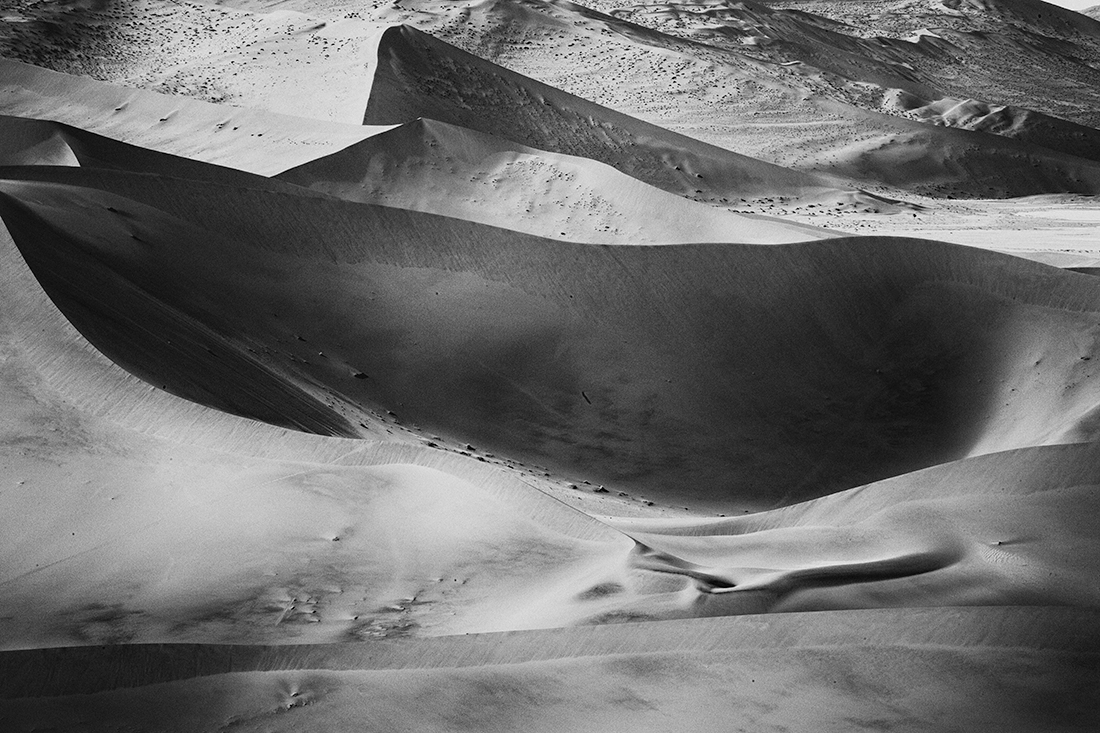 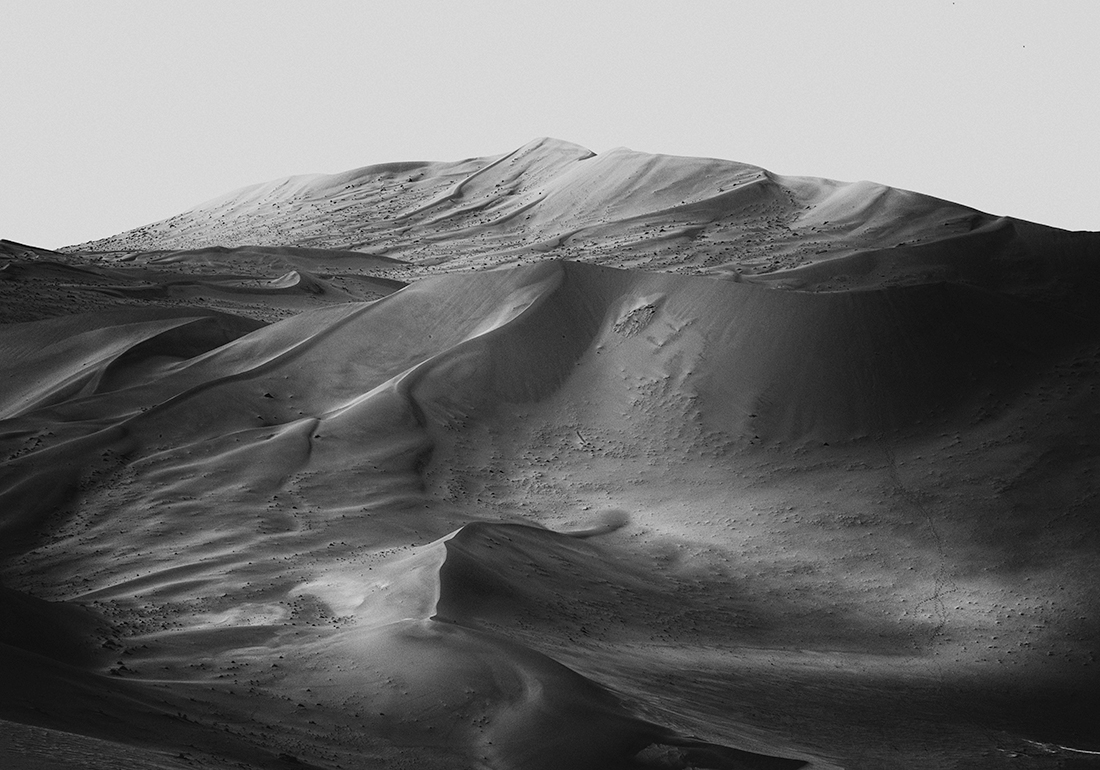 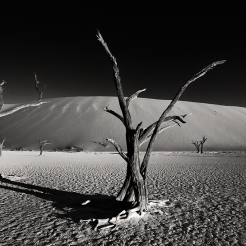 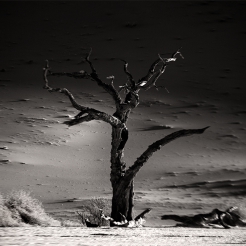 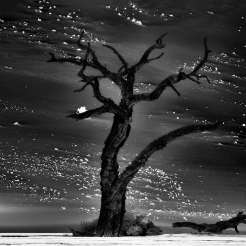 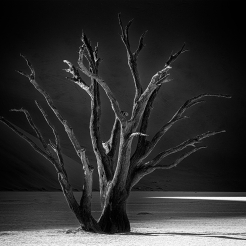 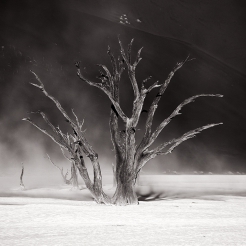 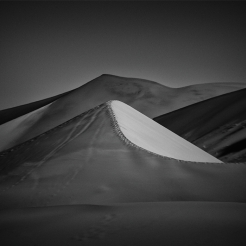 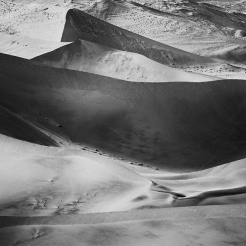 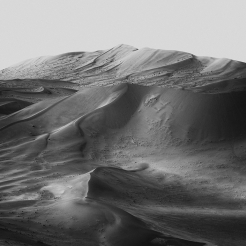 TITLE: Songs of the desert | Sossusvlei

Series is a selected body of work documenting ancient acacia trees located in the southern part of the Namib Desert.

Sossusvlei translates to “dead-end marsh”, as it is the place where the dunes come together preventing the Tsauchab River to flow any further, some 60km east of the Atlantic Ocean. However, due to the dry conditions in the Namib Desert the River seldom flows this far and the pan remains bone-dry most years. (Wikipedia)

Deadvlei used to be an oasis with several acacia trees; afterward, the river that watered the oasis changed its course. The pan is thus punctuated by blackened, dead acacia trees, in vivid contrast to the shiny white of the salty floor of the pan and the intense orange of the dunes.

When the rivers dried out and the pan was cut from the nourishing moisture, the air became too dry for the trees to decompose. Blackened by the sun, the 10,000-year-old petrified acacia trees are one of the oldest trees on Earth.

Aga’s professional journey begun with fight photography, during the time she lived in Thailand. Muay Thai was one of her many passions and when she was presented with the opportunity to cover Muay Thai fights she didn’t think twice about it and had the best time of her life doing it. During her life in SE Asia, Aga was able to travel extensively, had many adventures, and met many fascinating people, eventually, a few years later her journey took her to Indonesia and South Africa. Aga’s passion for photography and travels is shared with the passion for science, as she spends most of her time trying to cure people and the planet.

Aga actively supports human rights movements, environmental protection, and various conservation efforts. Aga’s assignments involve both freelance work and collaborations with various NGOs.She believes that photography should be evocative and revolutionary, an artistic expression free of conventions. She aims to portray people she photographs in the most powerful and meaningful way she is capable of achieving while making a difference in communities she continues to work with.