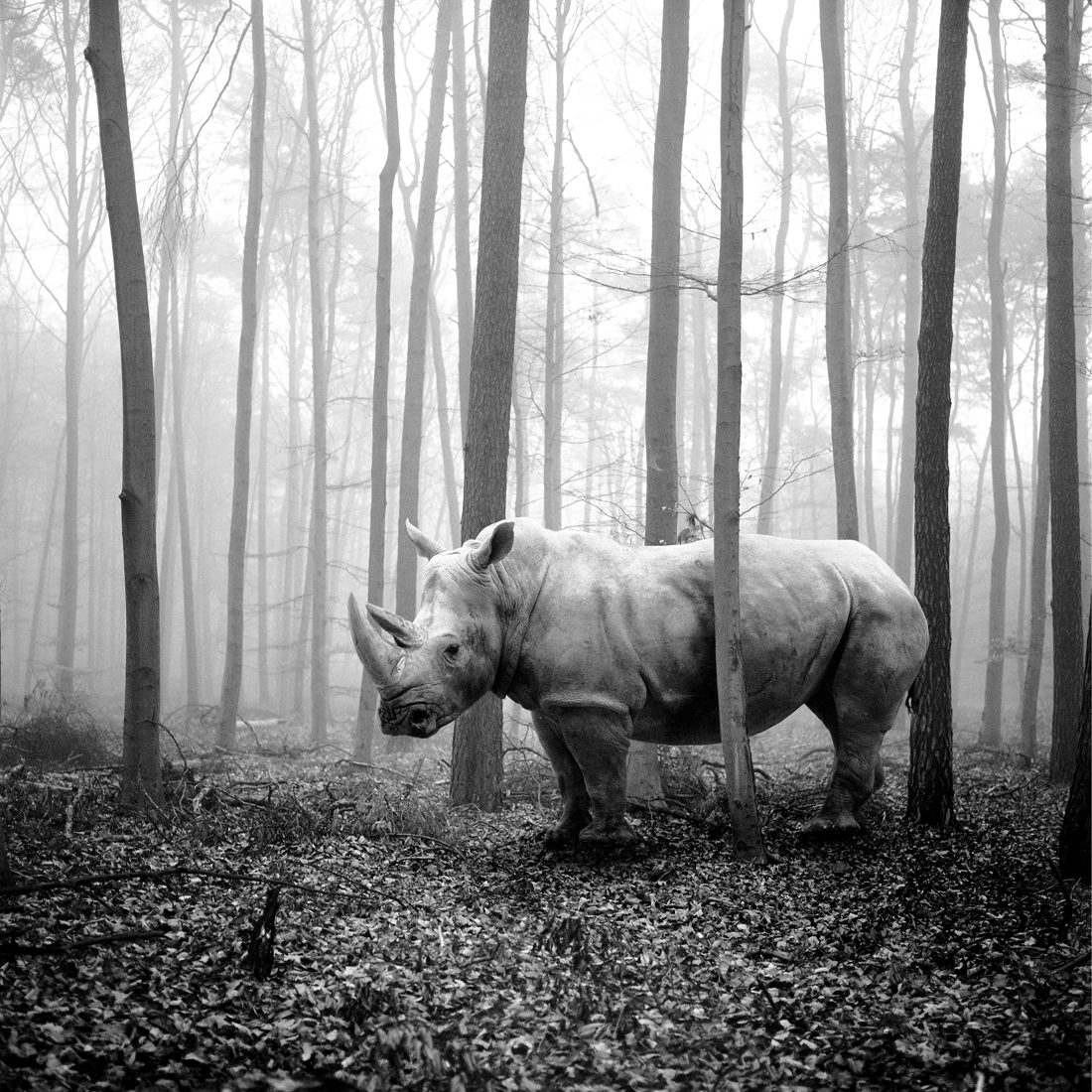 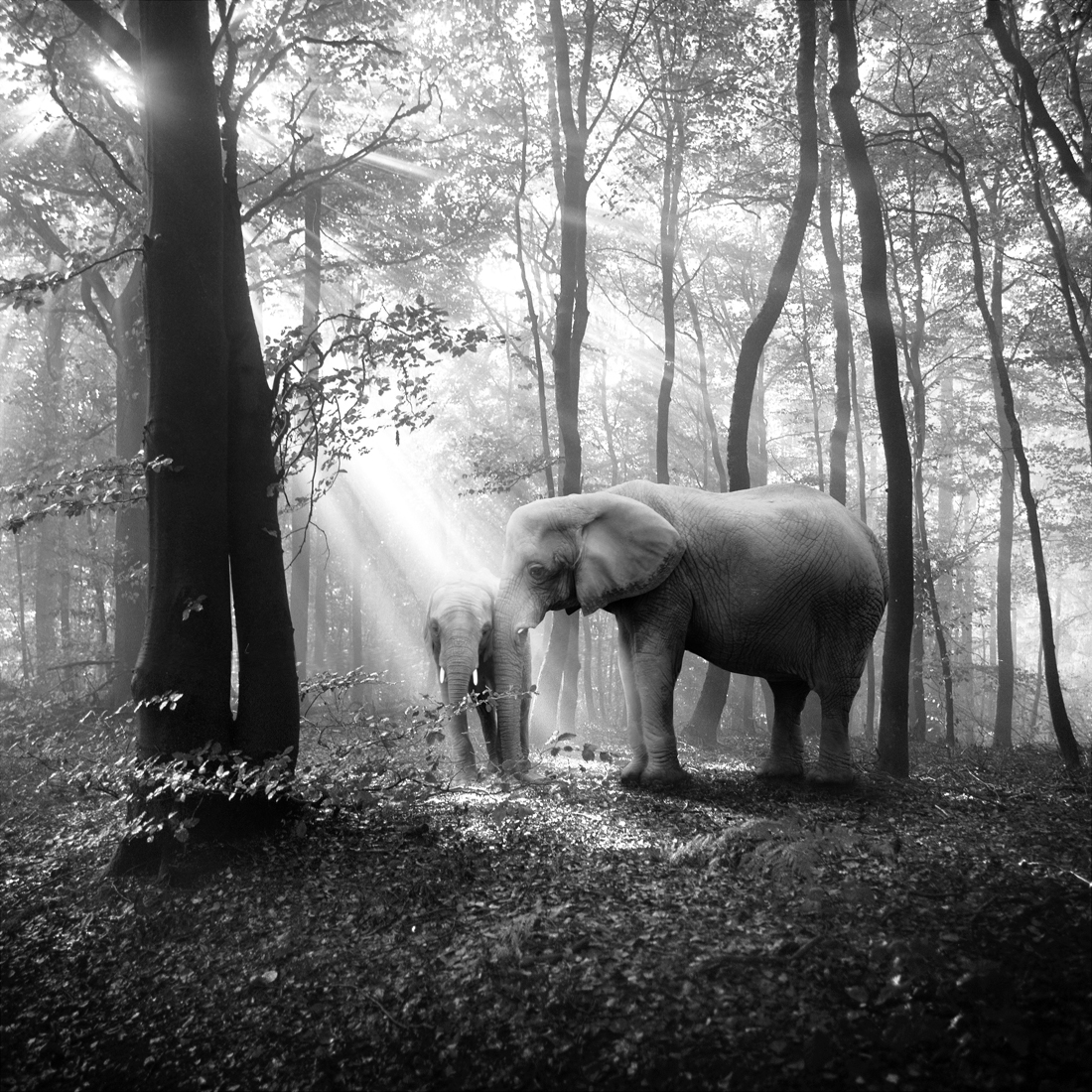 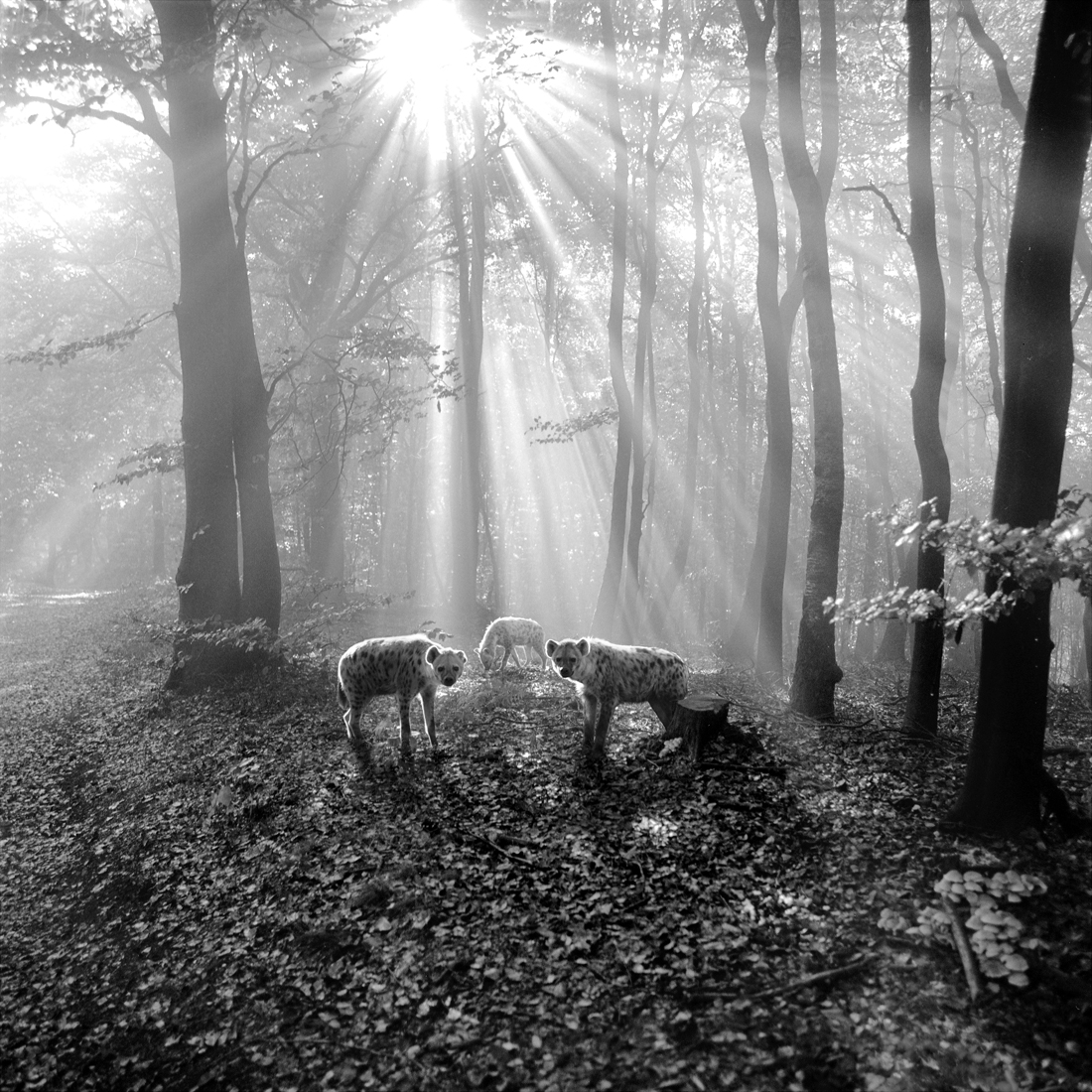 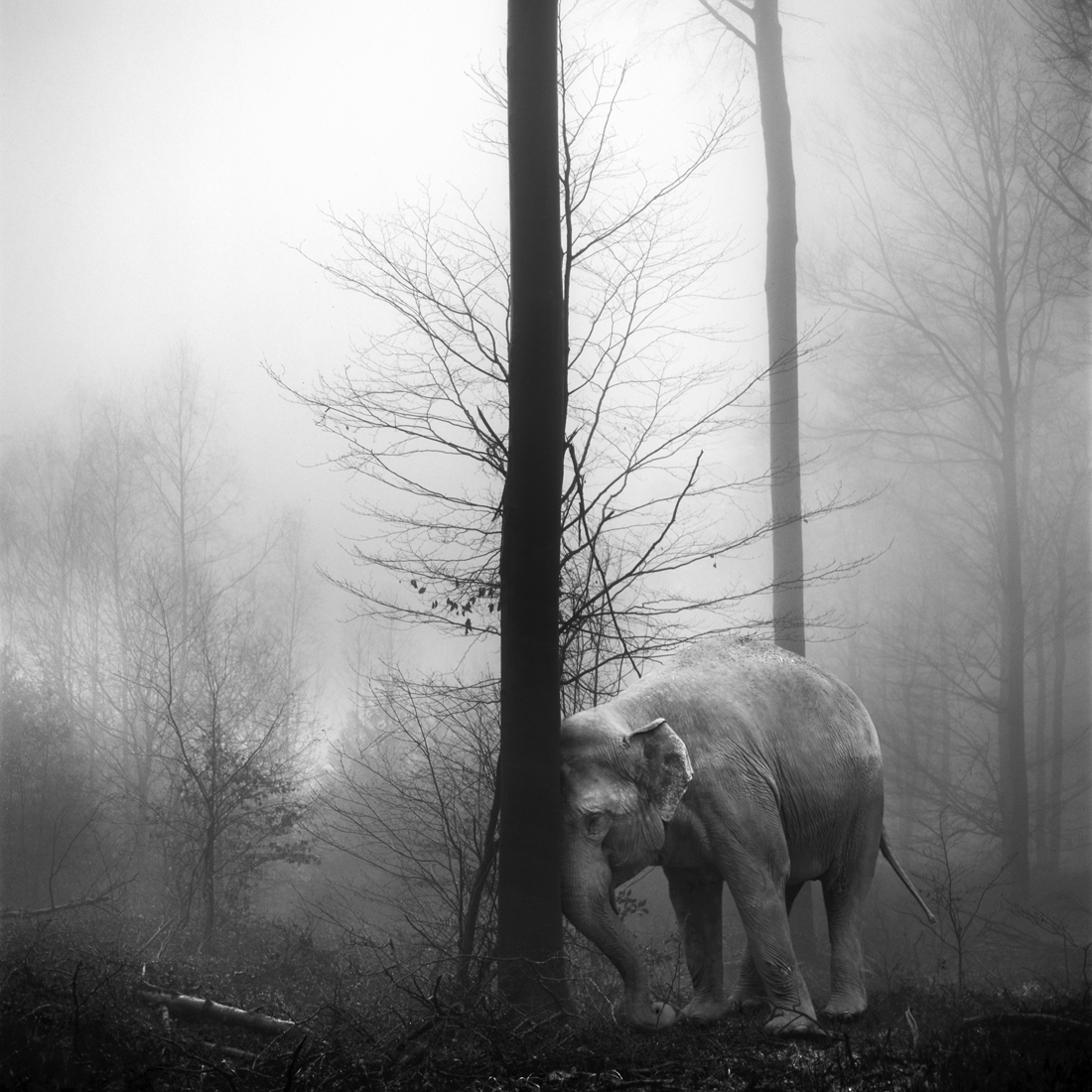 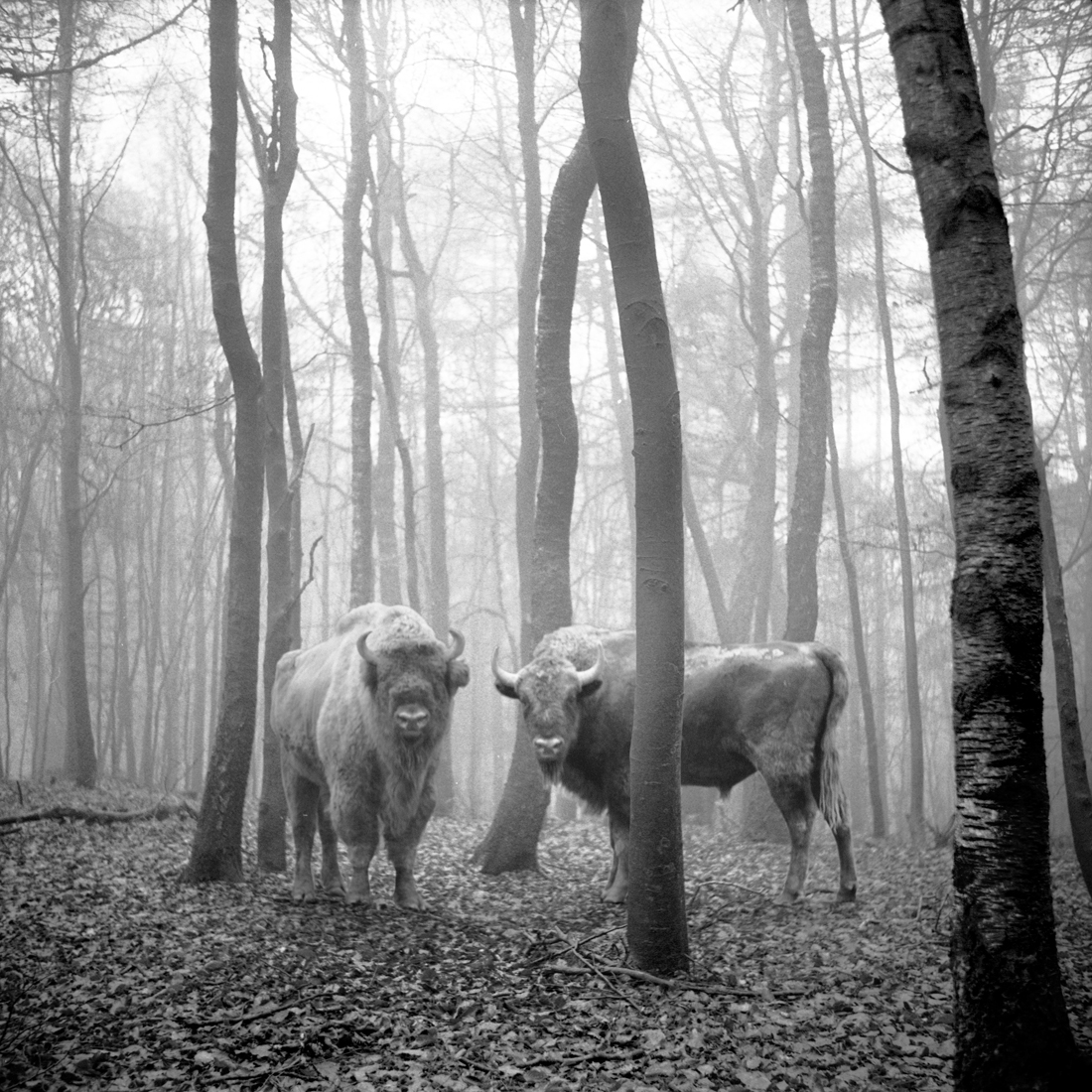 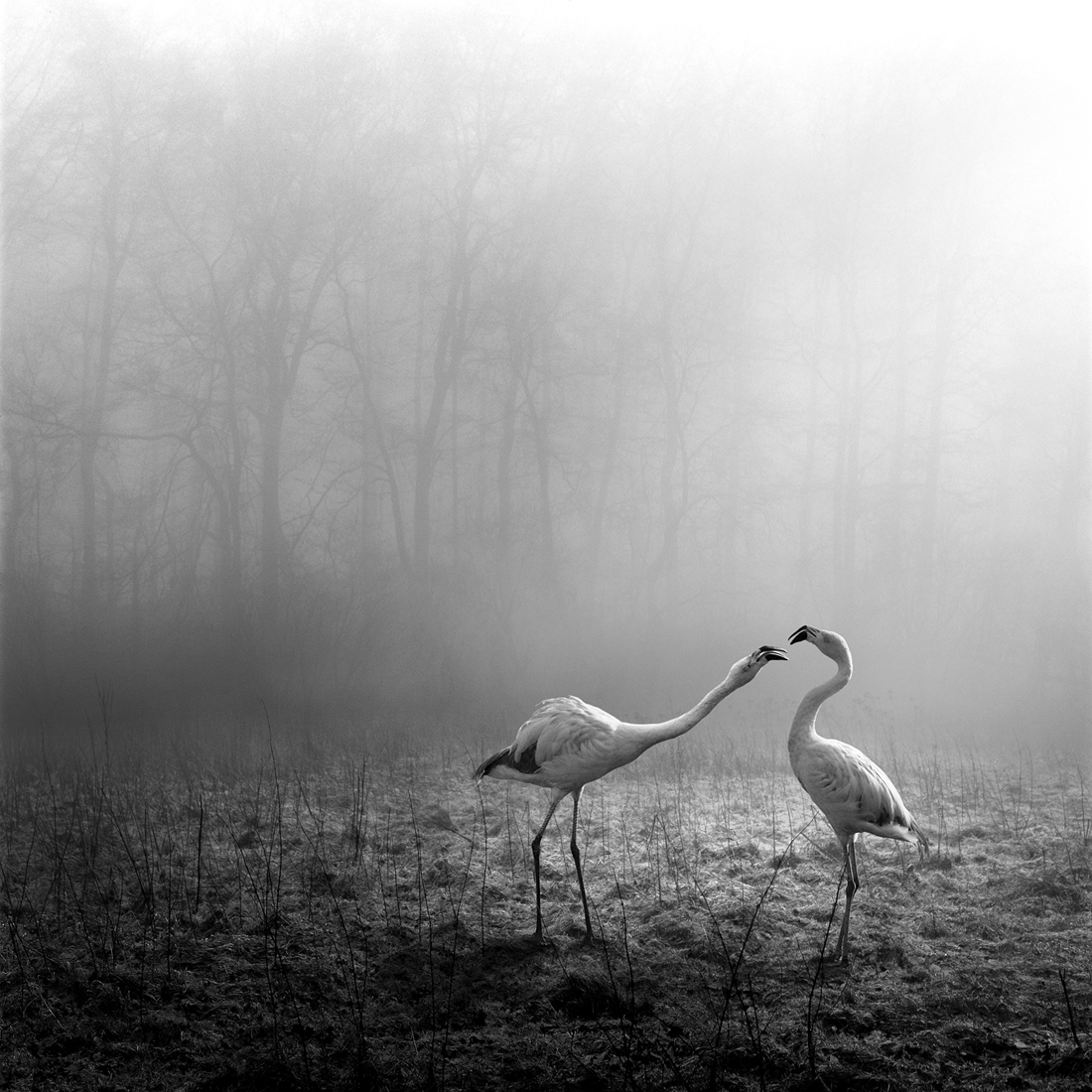 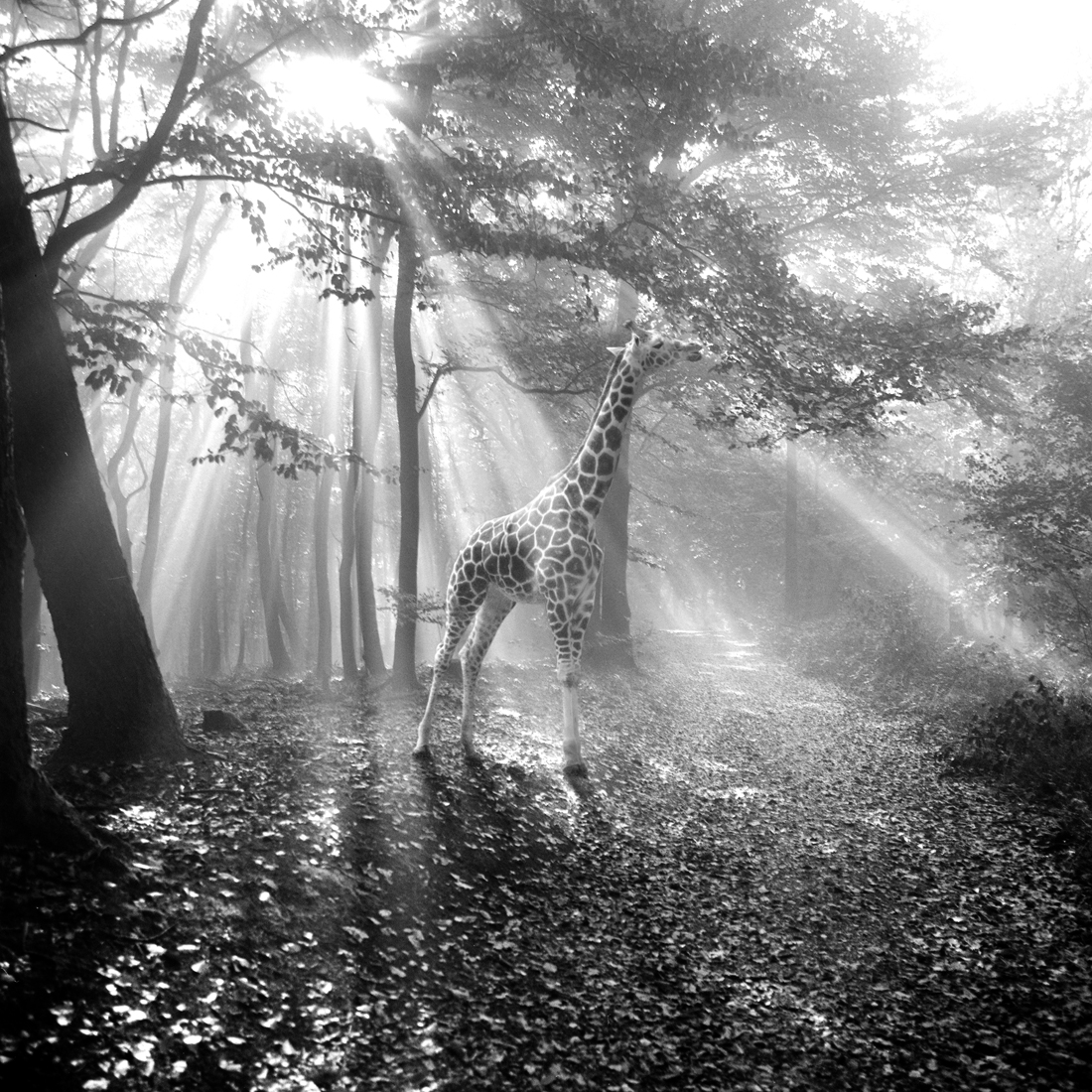 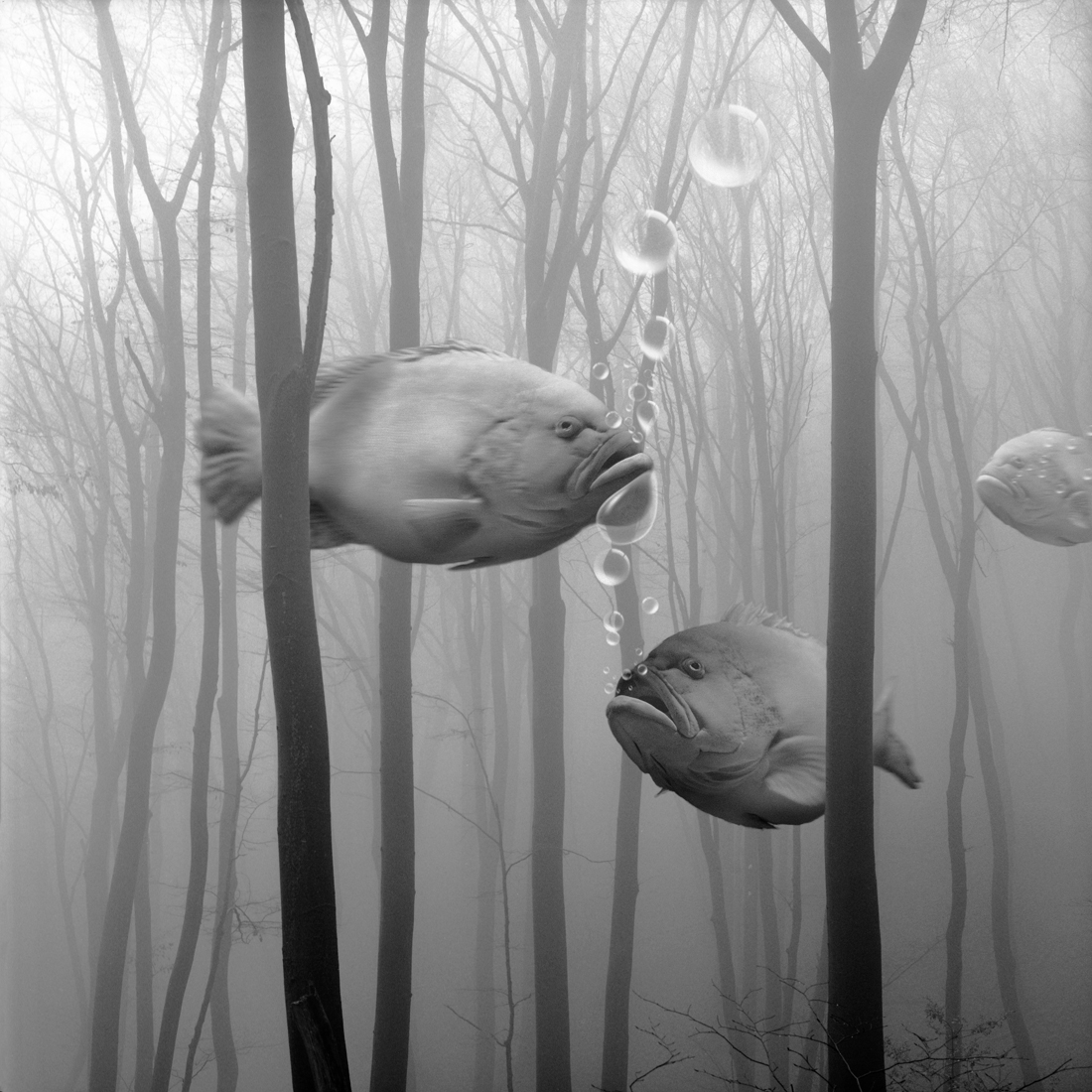 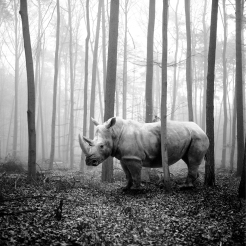 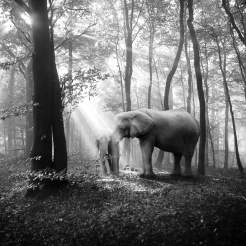 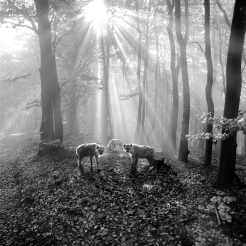 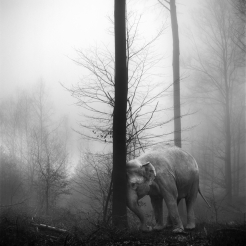 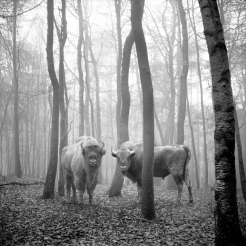 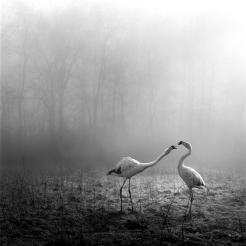 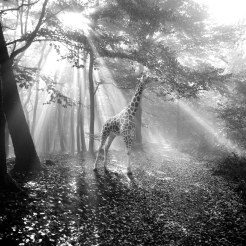 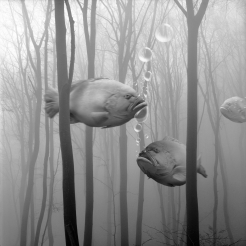 Is this fiction or reality? This is the question underlying the series – the images provoke the viewer question what they see. Is this a picture of a warm rain forest or a cold German mixed forest? Are these animals really living in this forest or is it a giant zoo? Is it a future world without humans where the animals had re-conquered there original habitat?
The images in the series are in fact produced by combine two photographs – one taken in a forest and one taken at a zoo. I try always to create a universe that runs parallel to but ultimately departs from our own, existing in the ambiguous realm between real life and make-believe.
I was photographing deer in a forest in Germany when I had the idea of simulating the image with a more exotic species, and this led to the series. The forest in this picture is the famous 'Teutoburger Wald' in the middle of Germany and the animals are from Zoos around Germany. The animal photographs are mostly digital and the photographs of the forests are all analogue, taken on a medium format 6x6 camera, which are developed using traditional chemical processing before scanning the negatives.

I'm Frank Machalowski, a german photographic artist and photographer, born in Berlin who lives and work in Leipzig today. After studying economics in Berlin and work as an business consultant for 14 years, I work as a freelance photographer and artist since 2011.
My majors are on the city and the countryside type of photography - two opposite fields, with all their major differences and their potential for a perfect interaction. I am currently a listed photographer at the Art Photo Index (www.artphotoindex.com) and LensCulture (lensculture.com), and also a member of a permanent collection of the Bibliotheque Nationale de France in Paris.
Some of my photographs were shown in Germany, France, USA, India, UK and Italy at galleries and festivals.
For my artistic projects I work mainly with analogue photographic techniques.