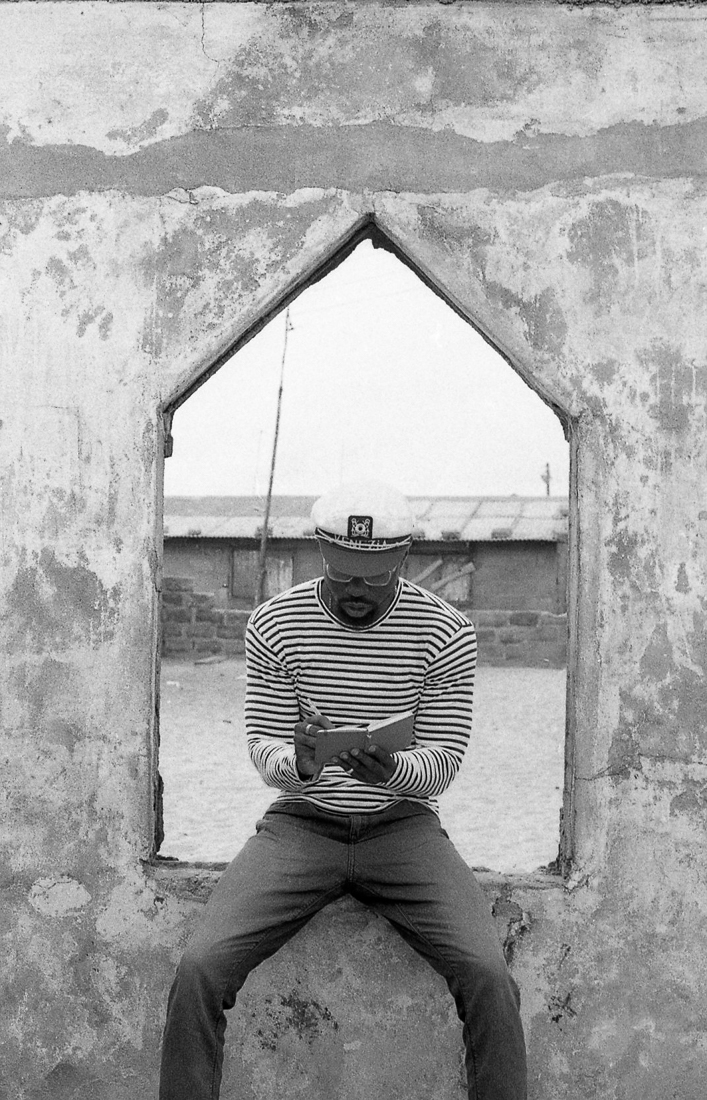 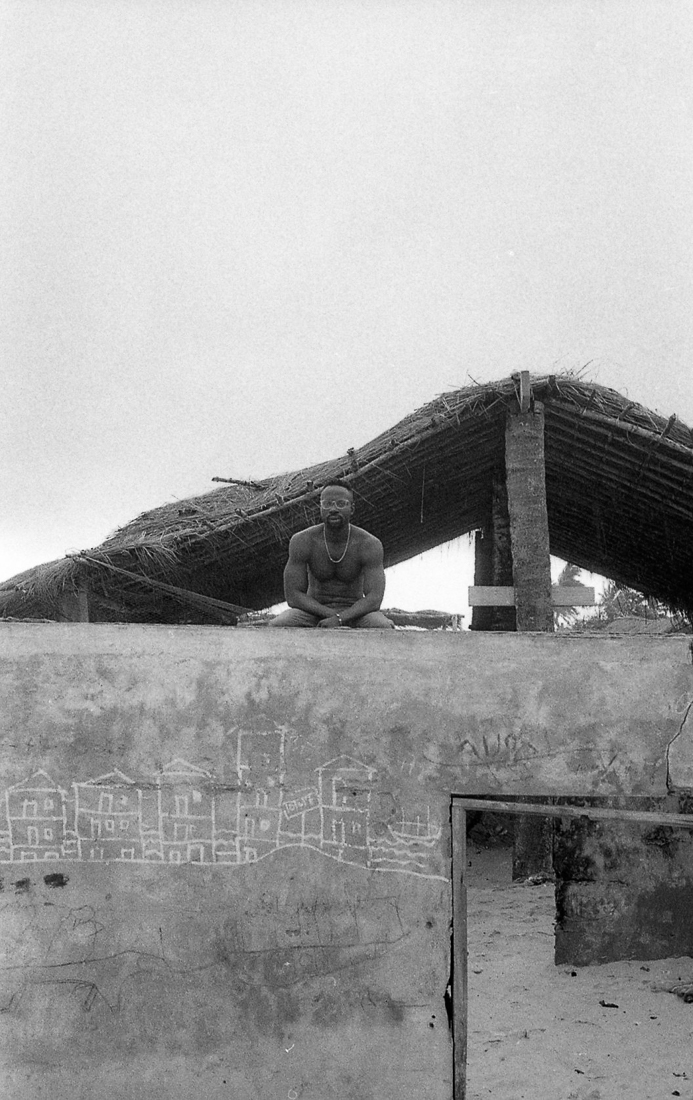 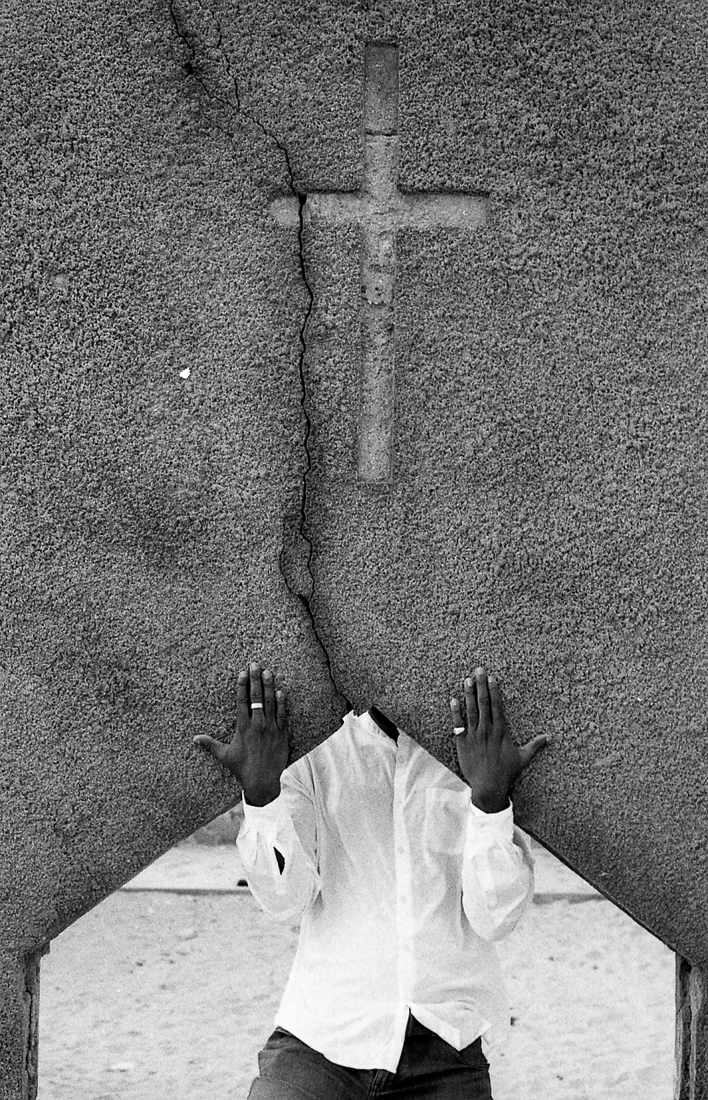 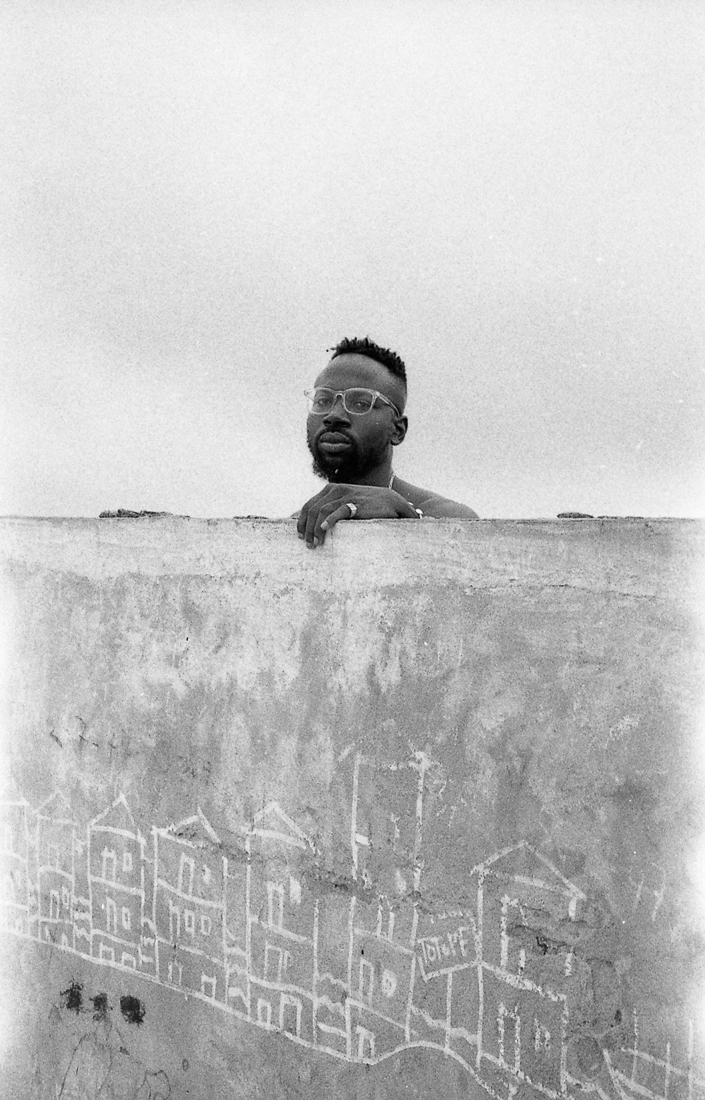 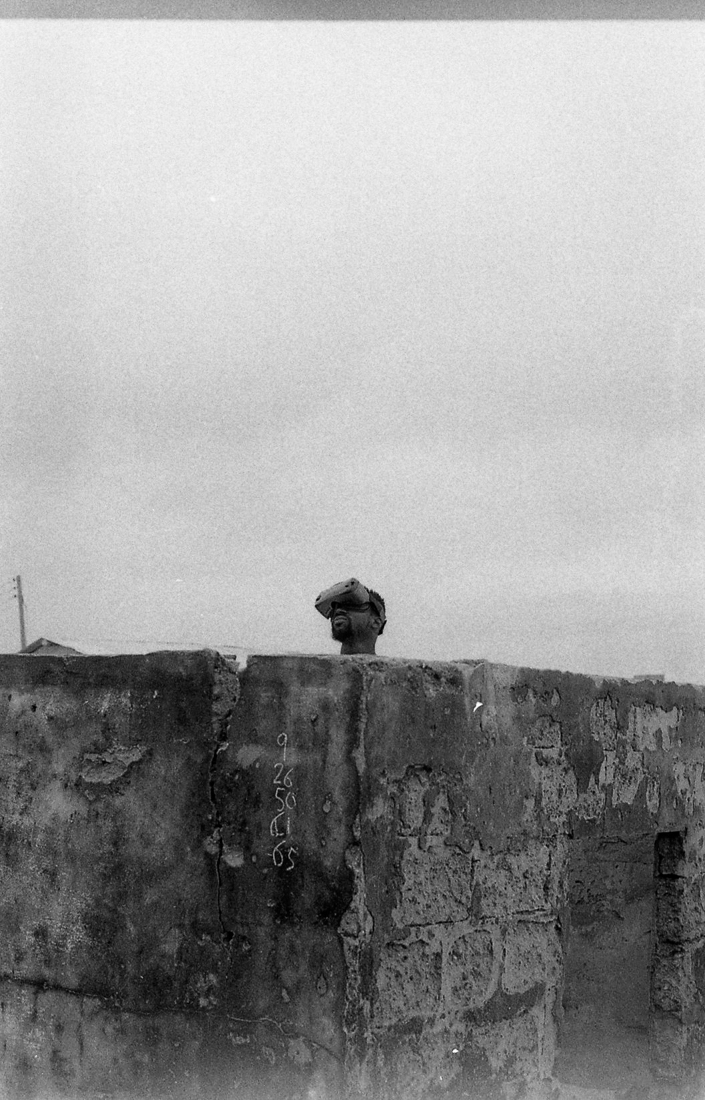 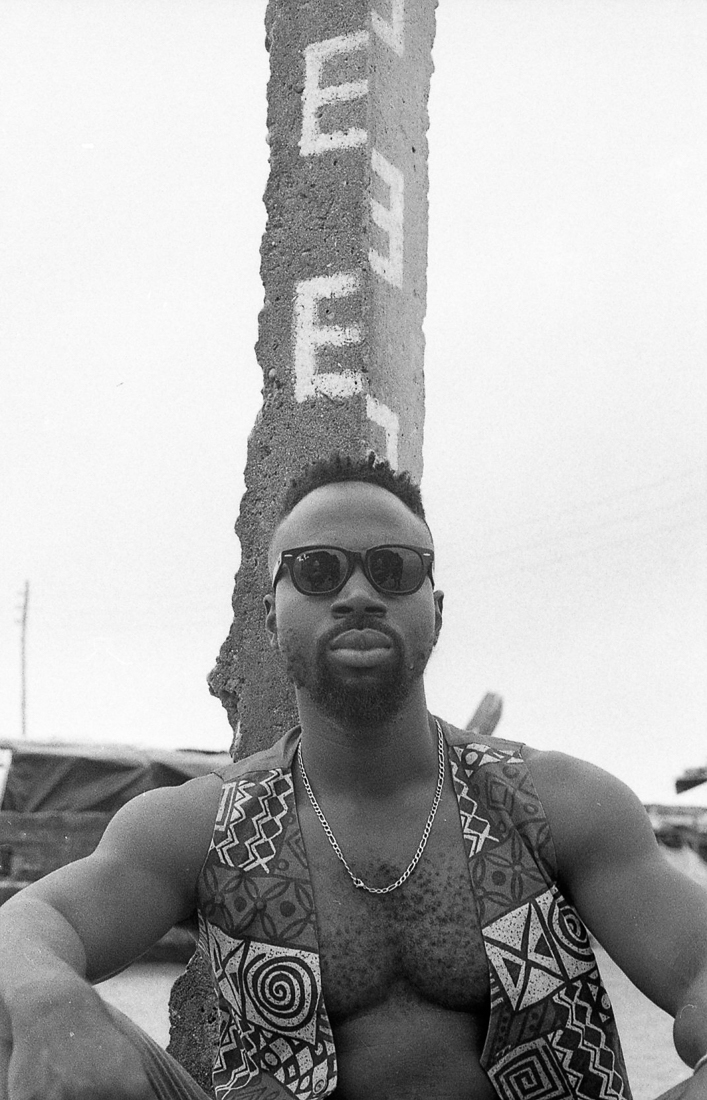 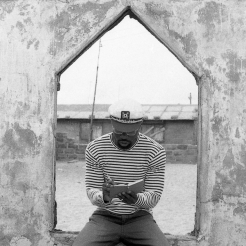 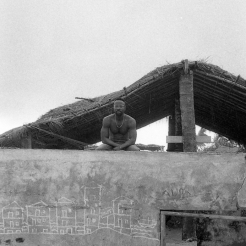 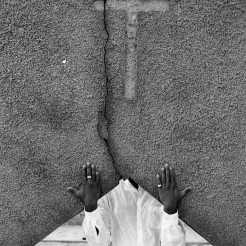 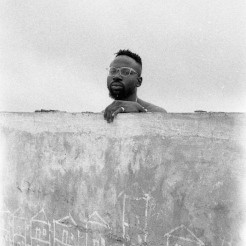 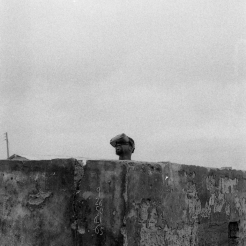 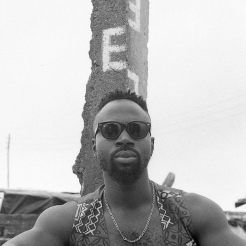 In recent times, I have travelled more often to Ada, my father’s hometown. Despite it being a place of mystery, it still creates a sense of home. The relationship between me and my father has improved thanks to the frequent visits. We have been reconnecting over the fact that for both of us, our grandfathers’ homes remain unknown. For now, my experience is limited to the physical space; I listen to my father’s stories which reference places that are no more due to coastal erosion and rising sea levels. My father’s sources of inspiration don’t exist anymore, and so I am left with his imagination which now becomes a source of my inspiration. Connecting to the past, I stand at the beginning of something new. In a quest of slowing down, and thus to be better able to connect to the past and be in the present moment, I shot this photo poem and developed the project on black and white 35mm film. Shot in Totope, Ada, Ghana, a community still facing the effect of sea erosion, 2019
Model: Desire Eli-Zafoe

Ofoe Amegavie is a Ghanaian photographer known for capturing the intimacy in his culture and heritage.
Since 2011, he has been working both as a documentary and fashion photographer. He has been able to create his own unique style by applying a curious approach and a spiritual perspective to fine art, fashion and documentary photography.
Ofoe’s passion for all things cultural and spiritual about human societies was sparked upon the discovery of his own family’s ancestry, dating back to Togbui Sri I of Anloga, and a story of migration from the Volta Region to the coast of Ada-Foah in the Greater Accra region. When documenting the life of the people of Azizanya, located in his hometown Ada, Ofoe discovered the impact of environmental conditions and tourism on the community, which have become a major focus of his photography. Ofoe’s works include Susuma Sane which explores the artist’s battle with depression. The first edition of Susuma Sane, entitled “Oblivion to Chaos,” depicts his mother’s experience with depression before her death and was hosted by Alliance Francaise in 2014. The second edition, “Courage To Love,” was featured at Elle Lokko warehouse in 2017. The work presented depicted Ofoe’s own battle with depression, related to thoughts surrounding the circumstances under which his mother died.
In 2018, “After The Road Makers,” a documentary photography series, earned Ofoe a nomination for Ghana’s foremost art prize, the Kuenyehia Prize for Contemporary Ghanaian Art. The series covers the traditions, cultural practices, and festivals of his home country. It was part of the “Daily Graphic” exhibition of the first Nuku Photo Festival Ghana (2018). Ofoe also hosted a solo exhibition of the series at the fashion showroom Bello Edu.
As a fashion photographer Ofoe has worked with brands such as Peet Dullaert, Duaba Serwa, Heel the World, Charlotte Privé, Brommon Suits. He was the on-set photographer of the award-winning feature film “The Burial of Kojo” (2018).
Share
Support this photographer - share this work on Facebook.
< BACK TO GALLERY